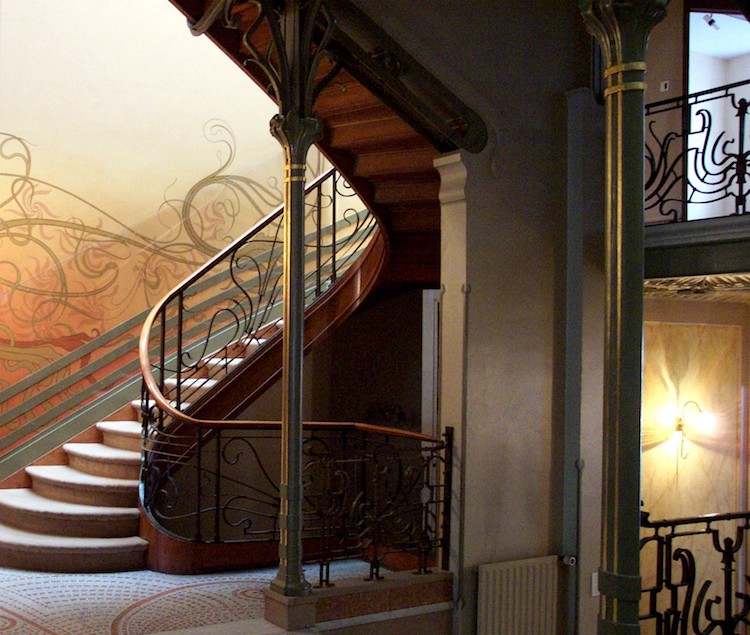 This Belgian townhouse was built between 1893 and 1894 for scientists and professor Emile Tassel. Architect Victor Horta's use of glass and iron building materials have garnered the Hôtel Tassel the honor of being the first Art Nouveau piece of architecture. The intricate interior railings and wallpapers with Art Nouveau patterning demonstrate how the style moved from exterior to interior with ease. 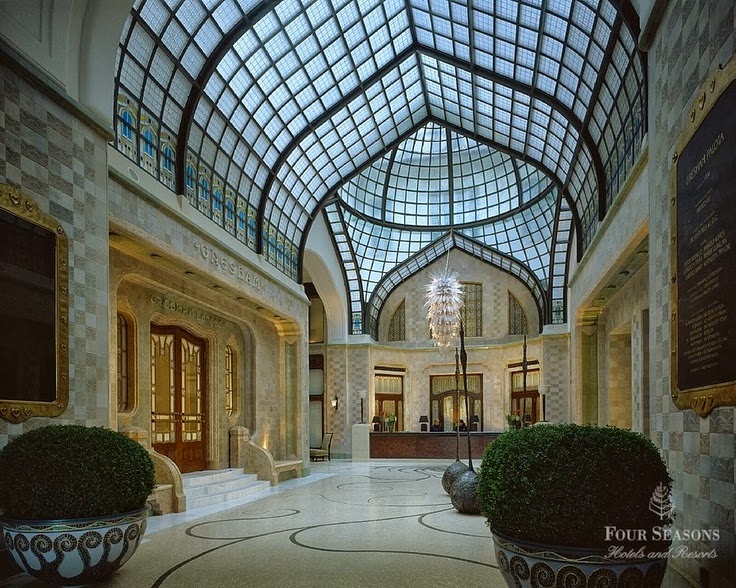 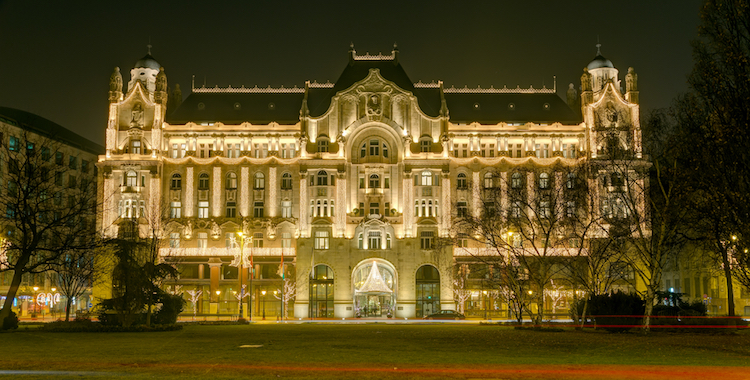 Now the Four Seasons Hotel, the Gresham Palace in Budapest was an office and apartment building completed in 1906. Interesting, the space was used as an army barracks during World War II by the Red Army. Quite an interesting change of events for such a sumptuous interior! 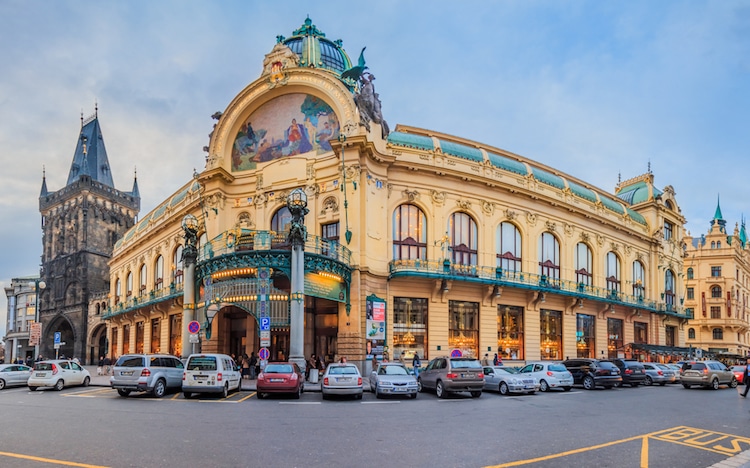 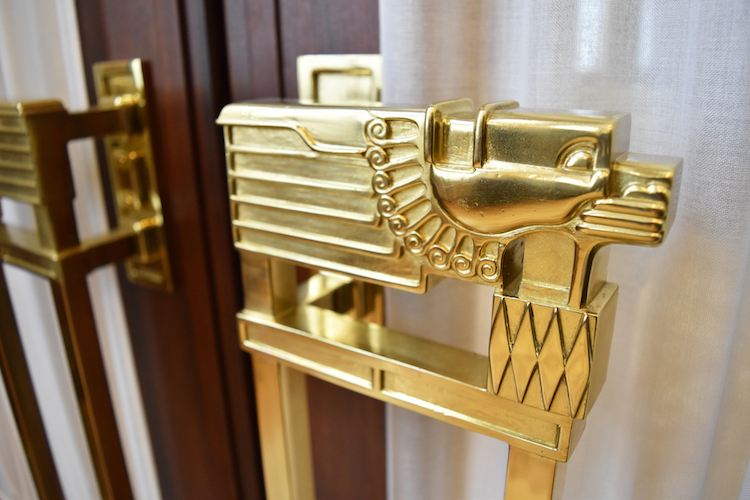 This civic building was built on the site of the former Royal Palace, opening to the public in 1912. Filled with allegorical detail glorifying the city, the site is brimming with ornate finishes. Certain touches are even inspired by what would have been considered “exotic” cultures at the time, such as Egyptian. The site contains a concert hall, cafe, ballroom, and offices, all of which are still functioning today. 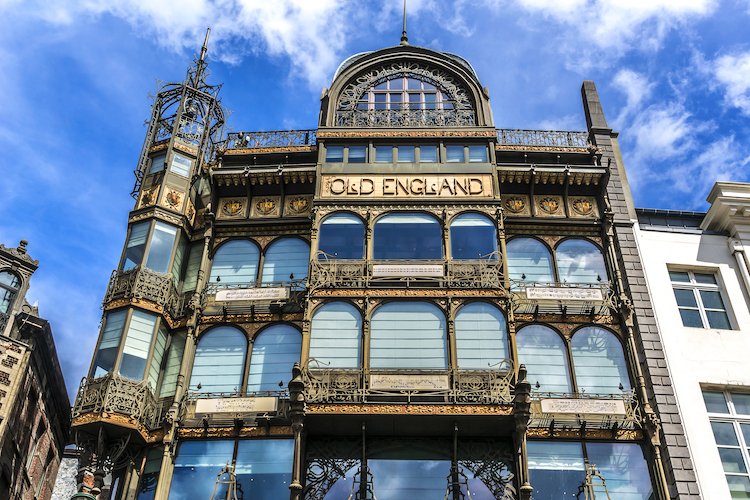 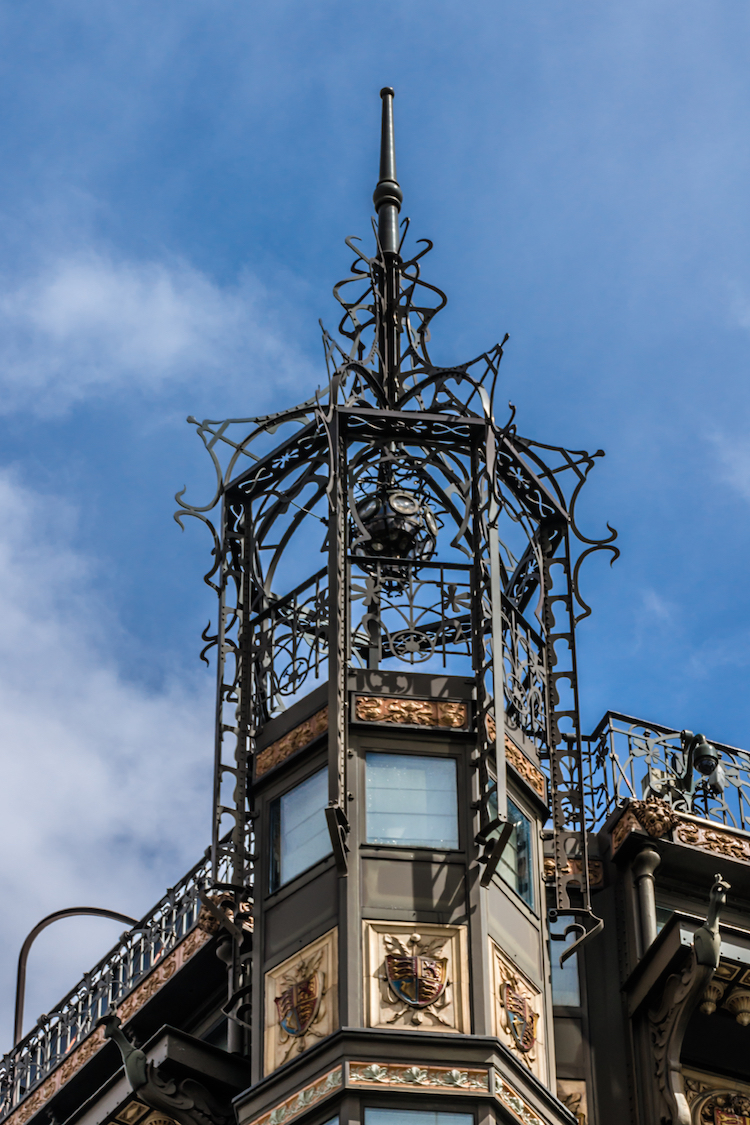 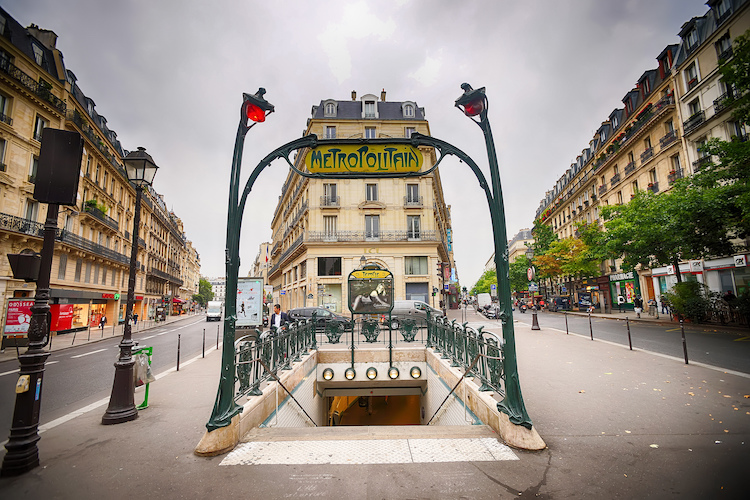 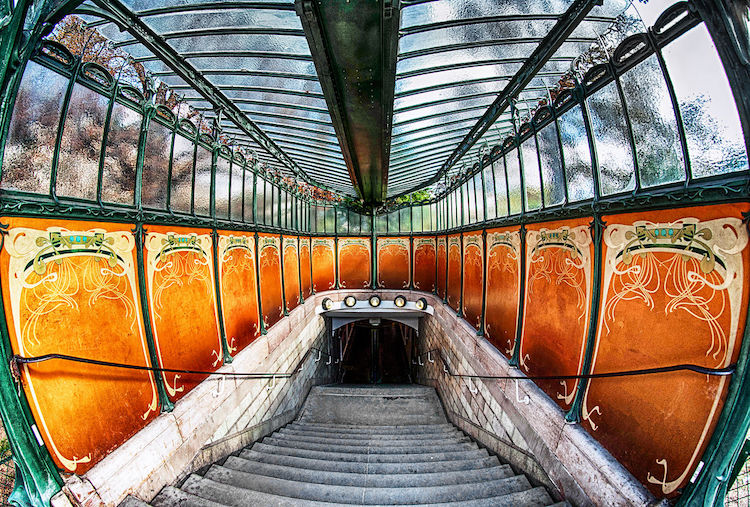 Between 1900 and 1912, 141 Art Nouveau metro entrances were installed in Paris. Designed in two styles by architect Hector Guimard, 86 still remain today. Guimard created two types of entrances, with and without glass roofs, some also featuring paneling with floral motifs. The entrances have become a beloved symbol of Paris, with a replica of a roofed entryway being erected in 2000 at the Châtelet stop.