Then and Now: Striking Snapshots Show the Transformation of NYC Since the 1940s and ’50s 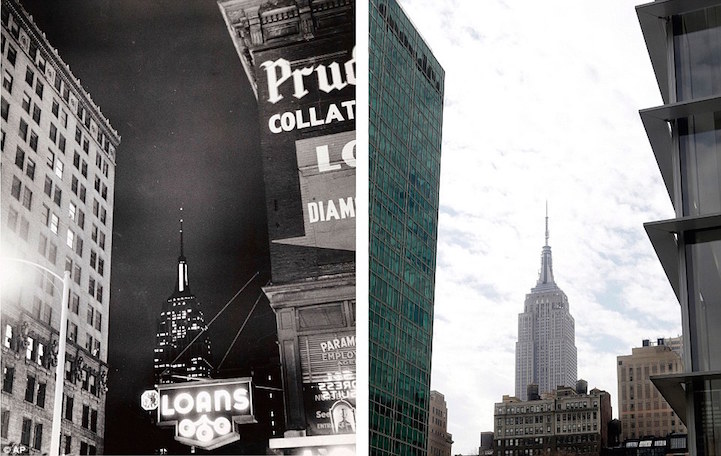 In the 1940s and '50s, legendary crime photographer and photojournalist Arthur Fellig prowled the streets of New York City with his camera in hand, looking for gritty, sensational scenes to freeze in still shots forever. The photographer, better known as Weegee, was nicknamed after the Ouija board for his uncanny ability to turn up at crime sites even before police officers. Through his striking shots, Weegee painted a stark picture of mid- and post-war NYC that's extraordinarily different from the modern-day city.

AP photographer Mark Lennihan recently captured these images of the same spots that Weegee had photographed 70 years ago. Although the locations are the same, the New York City back then is no longer the same metropolis it is today. Taller, more abundant skyscrapers fill the horizon now. Bold, neon signs adorn the facades that used to be empty during Weegee's time. 24-hour diners have given way to chains like Starbucks. Although present-day NYC is arguably cleaner and less crime-ridden than the New York in the mid-20th century, one can't help but look at Weegee's snapshots with nostalgia. 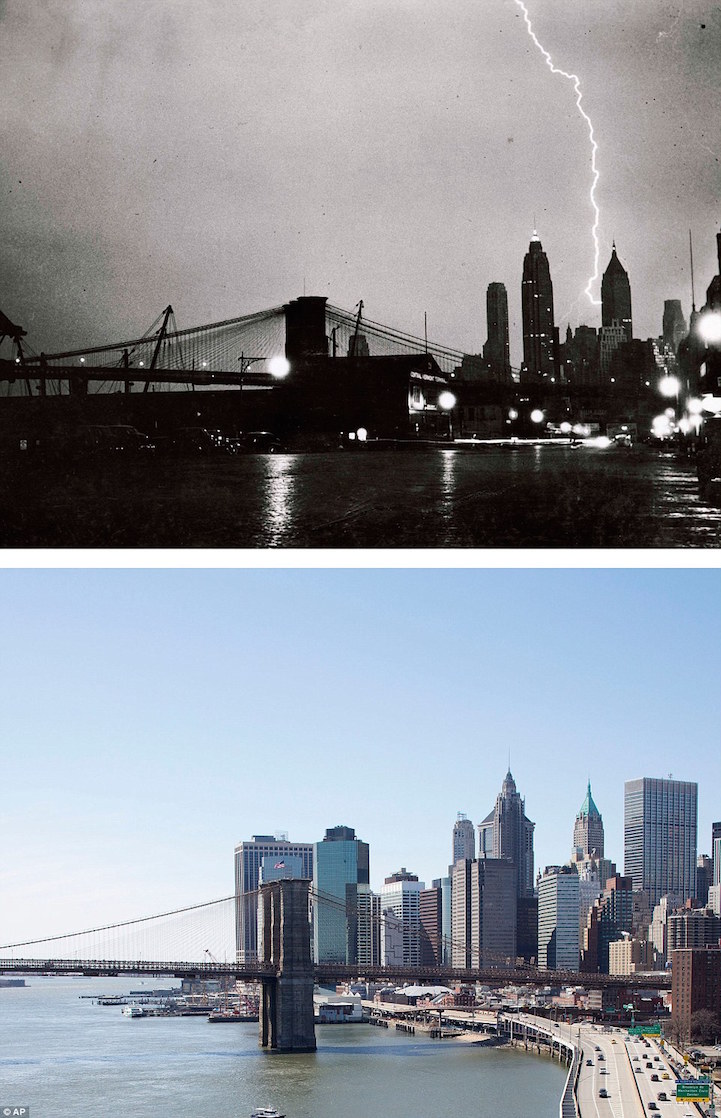 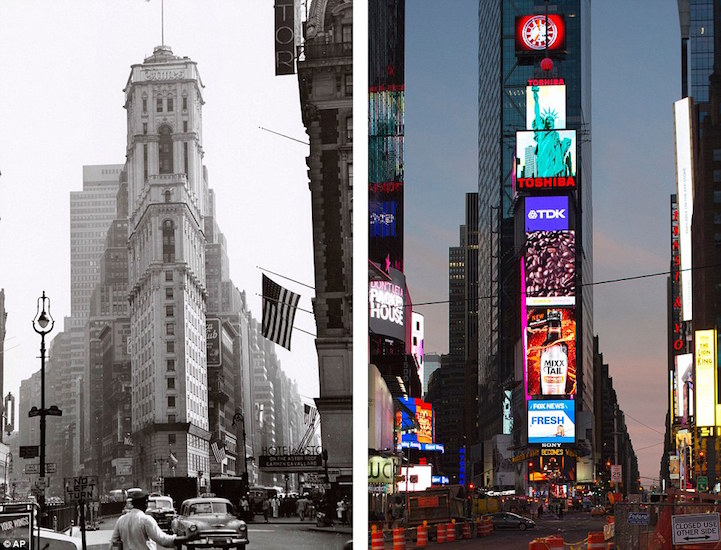 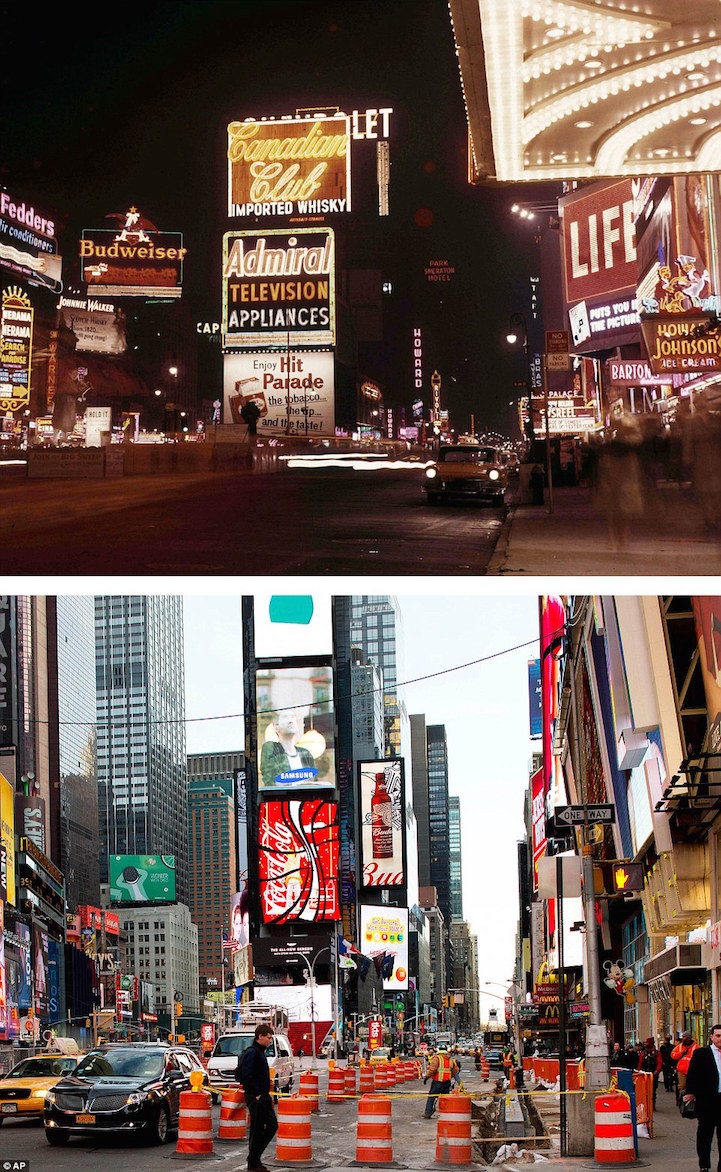 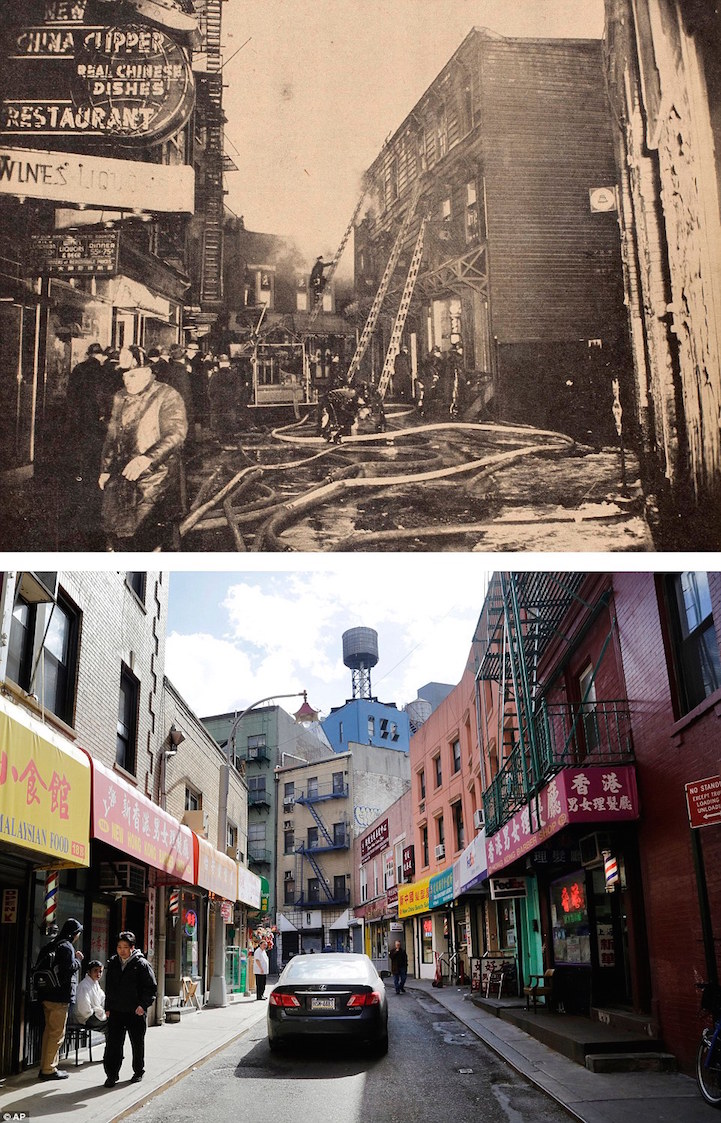 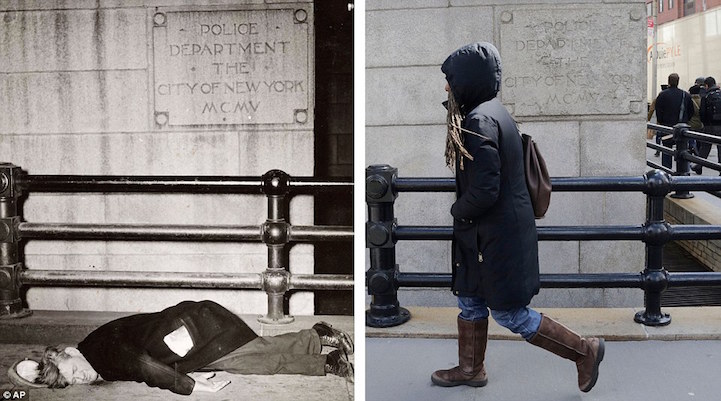 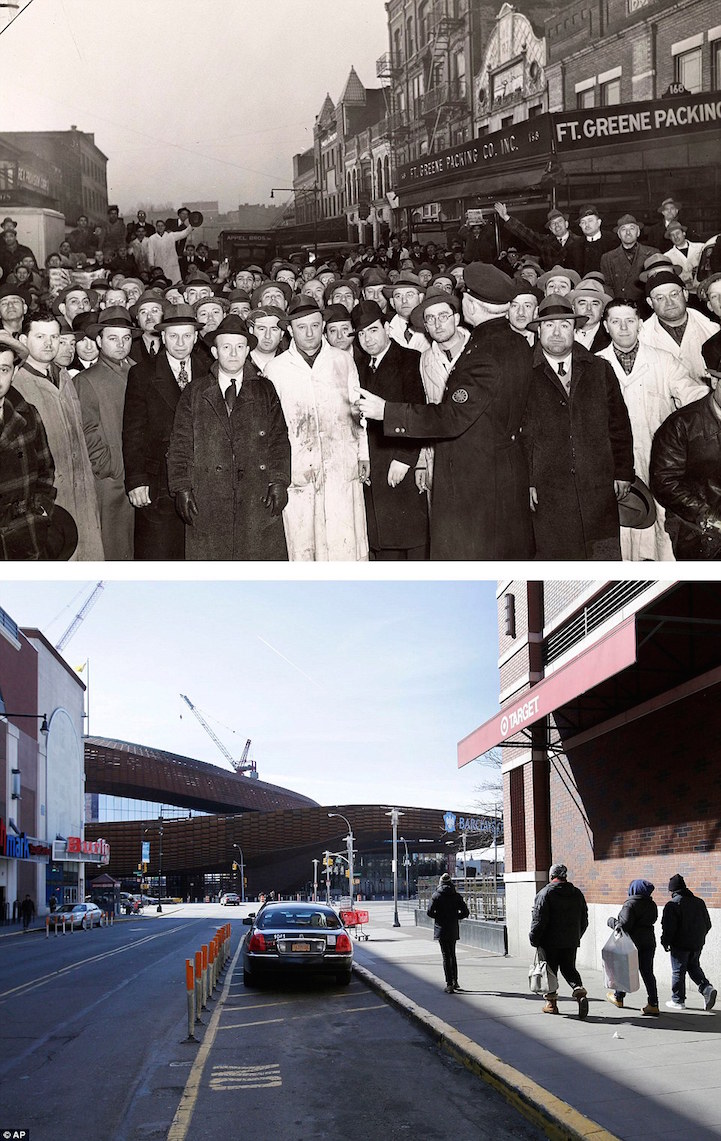 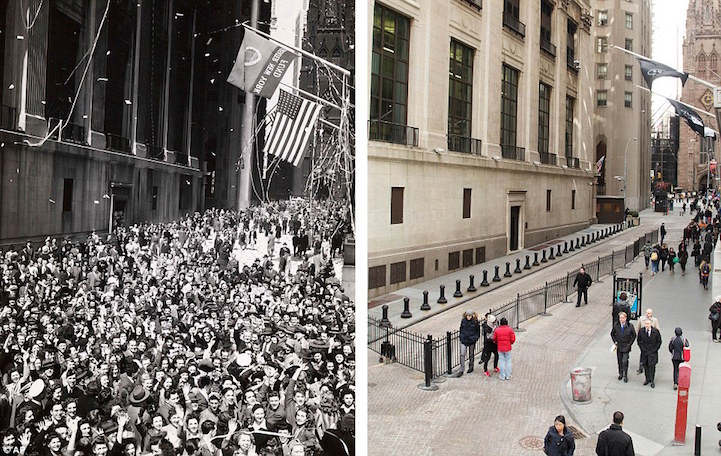 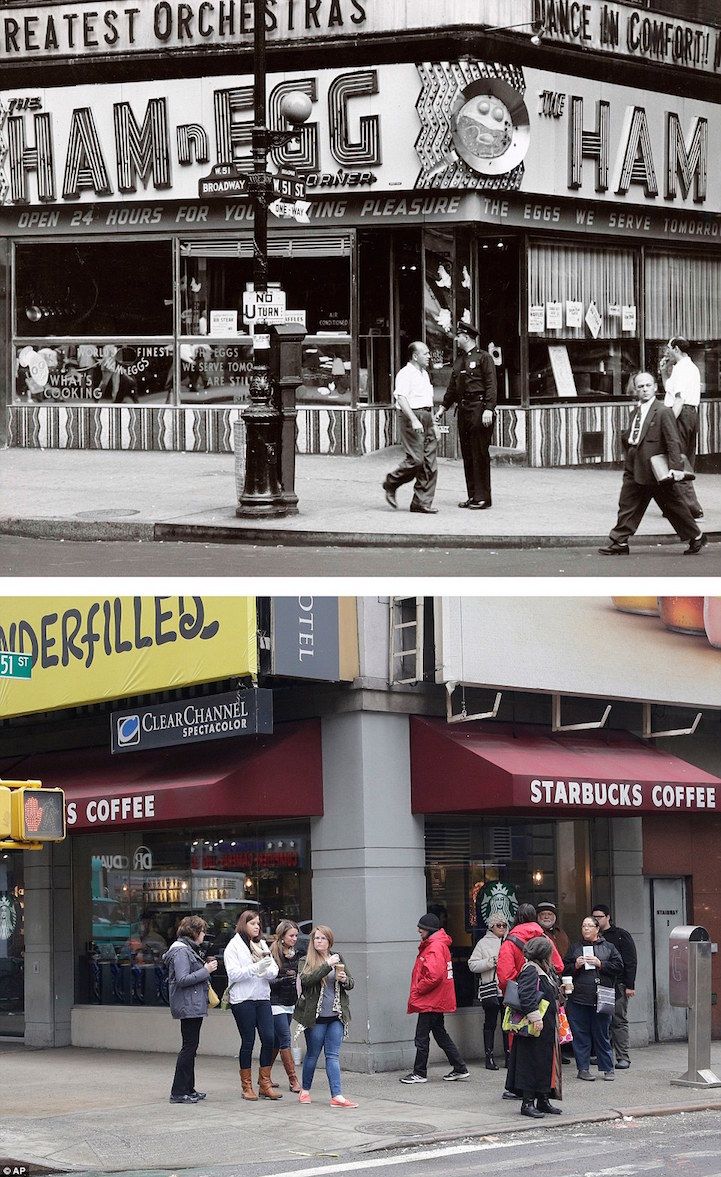 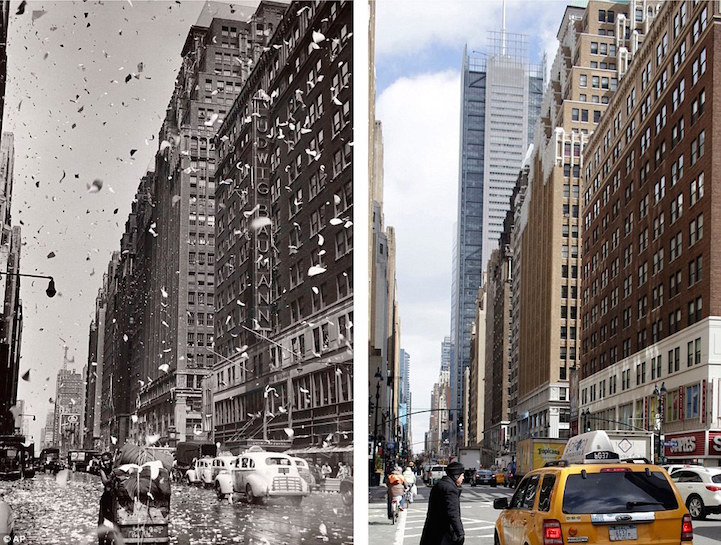 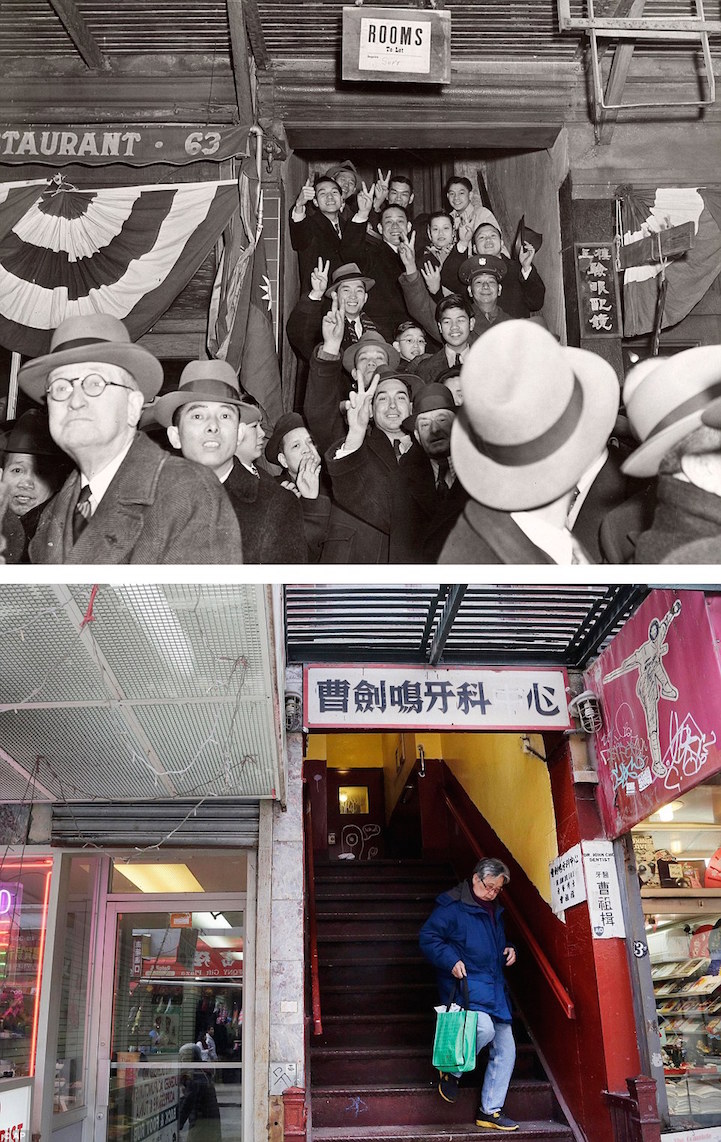 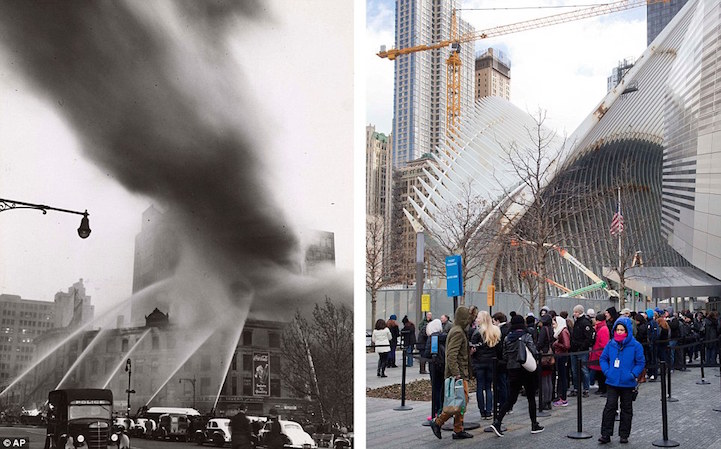 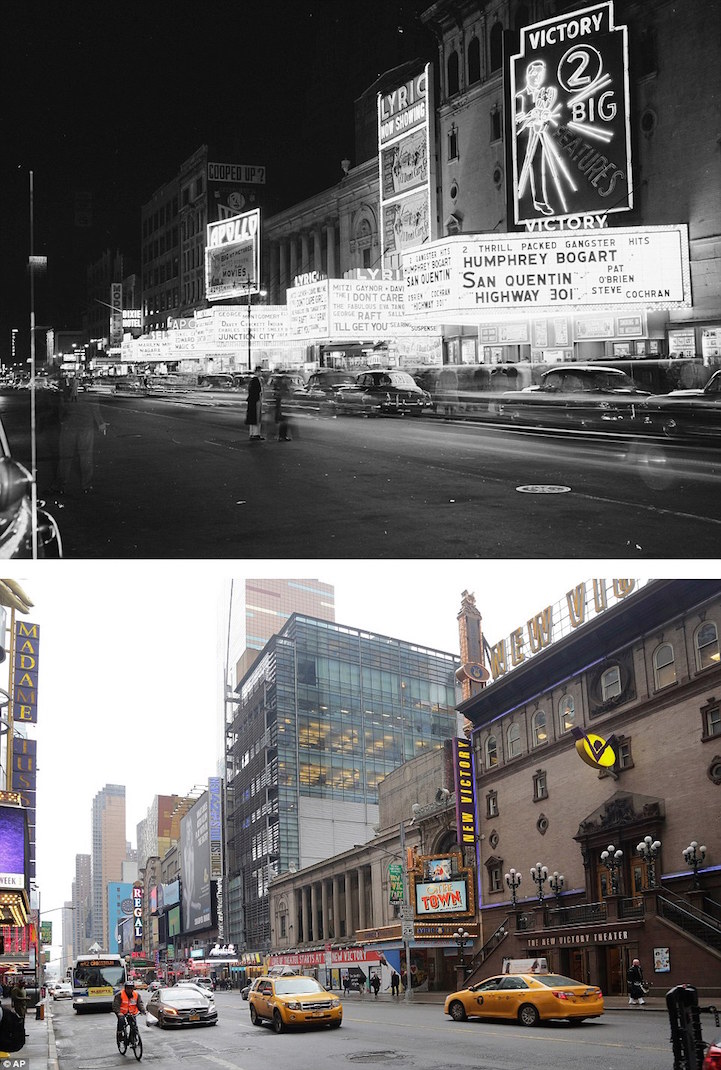 via [this isn't happiness], [Daily Mail]