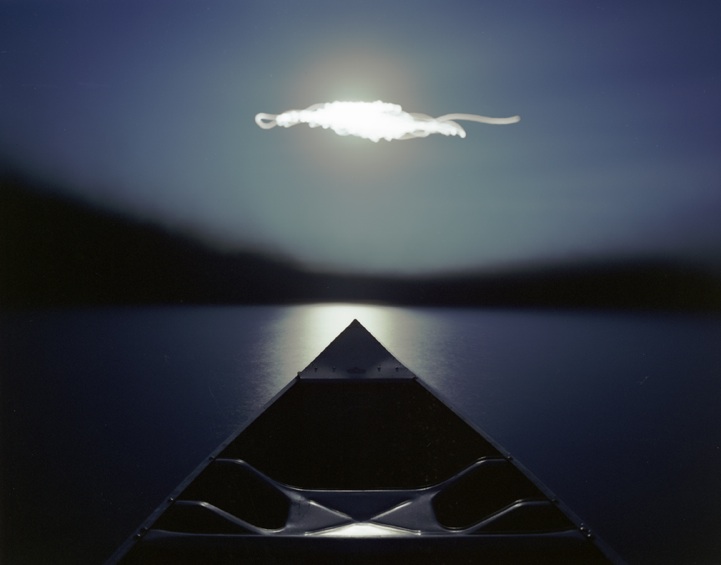 After the post I wrote about Caleb's amazing photography, I received an email from him about a recent art attempt. The first one, above, he titled Attempting to Paddle Straight at the Moon. The squiggly lines you see above the lake is an actual moon, but manipulated Caleb-style. Just how did he do it? “I sent up a camera on a tripod in a canoe, it was placed just in front of where I was sitting in the boat. I then opened the shutter and went paddling around the pond for a long exposure under the moon light,” Caleb says. It was taken on a pond where his family has a cabin. 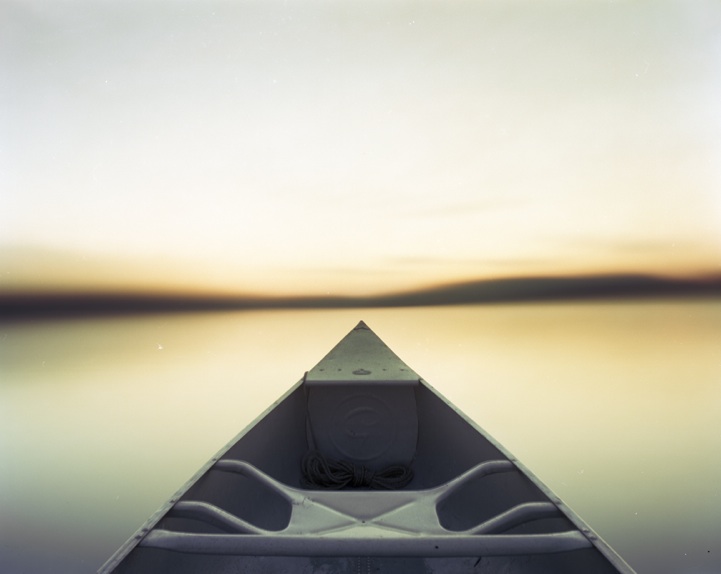 The second photo was taken at sunset.

I love the stillness of both shots.