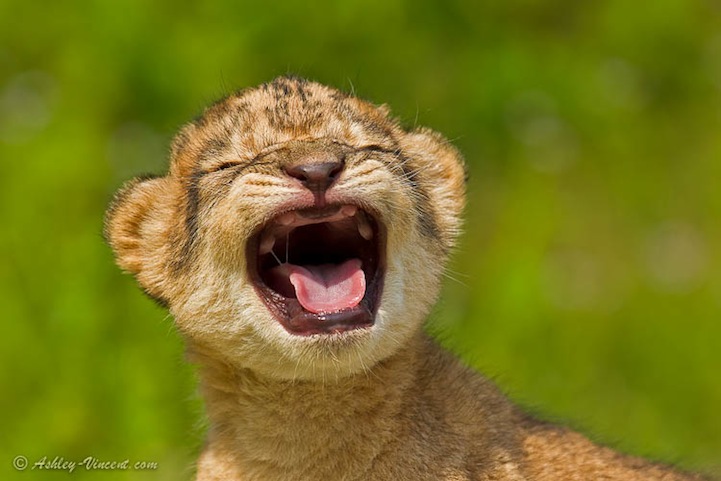 While photographer Ashley Vincent might best be known for his amazing, award-winning shot of a tigress shaking off water in a Thailand zoo, it's his adorable photos of baby animals that are melting our hearts today.

The shot above, called “Roaring Practice,” features one of three little lion sisters born at Khao Kheow Open Zoo in Chonburi Province, Thailand, on February 24, 2012. (It's the same zoo where he took that amazing lion photo.)

“Ying Yai is the cub in ‘Roaring Practice,'” he states, “and the title is indeed something of a misnomer; a case of me having a little fun! At six days old, the cubs were teething and, much the same as human babies, evidently the teeth pushing through the gums of cubs is discomforting to the point of occasionally making them cry.

“The caption ‘Roaring Practice' was the first that sprung to mind, and I was so happy with it I didn't try to conjure up any others.”

For five months, the photographer captured images of the baby lions' growth and development.

Can you believe how adorable these baby lions and leopard cats are? 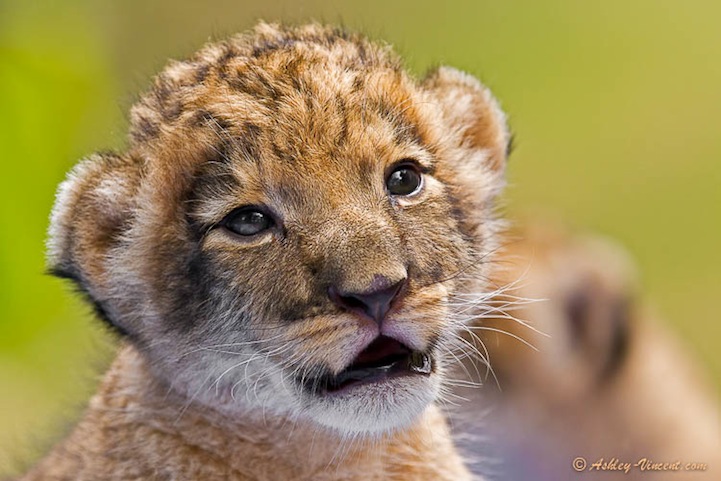 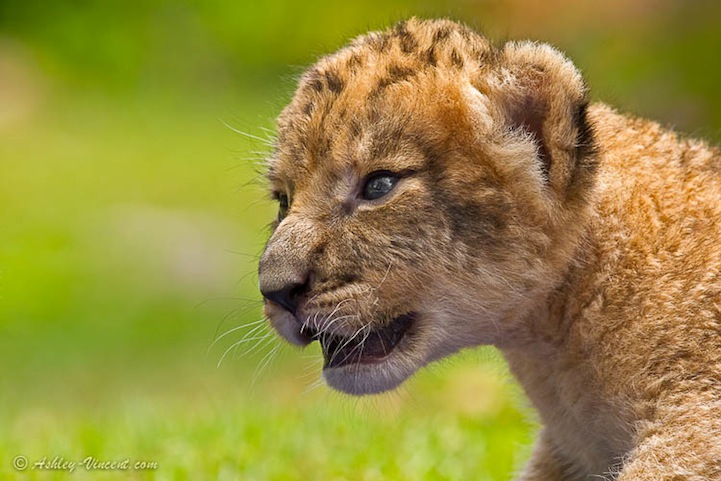 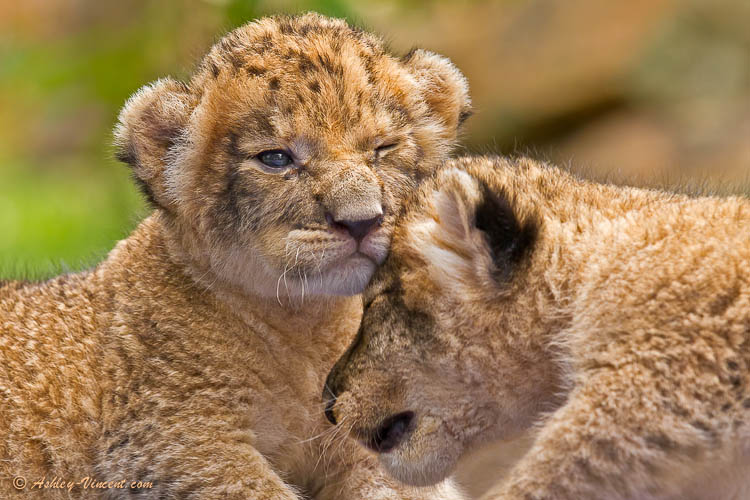 Vincent also took these sweet photos of newborn leopard cats. If the first thought that popped in your head was, “How do I take one home?,” you aren't alone. “While leopard cats are caught and kept as pets in Asia, in most western countries a special license is required by law,” he states. “Leopard cats have often been mated or crossbred with domestic cats to produce a hybrid known as a Bengal cat, which is kept as a domestic pet.

“Much like with beautiful birds, a cute little wild cat may be something we would like to keep, but of course a true animal lover would surely rather have such animals remain wild and free as Mother Nature intended.” 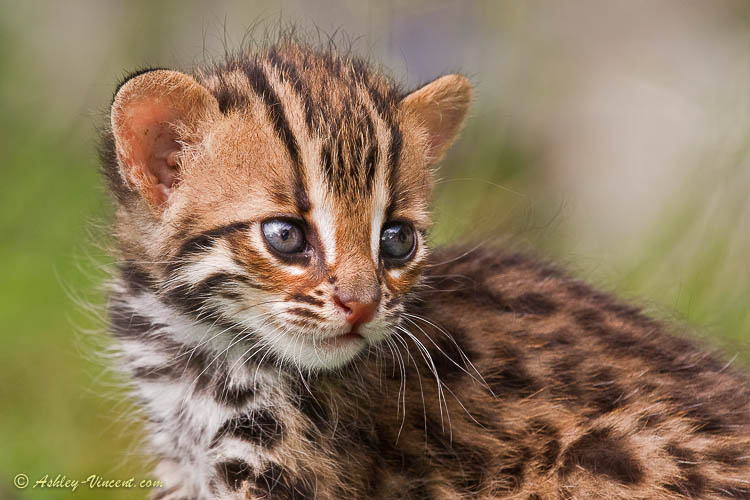 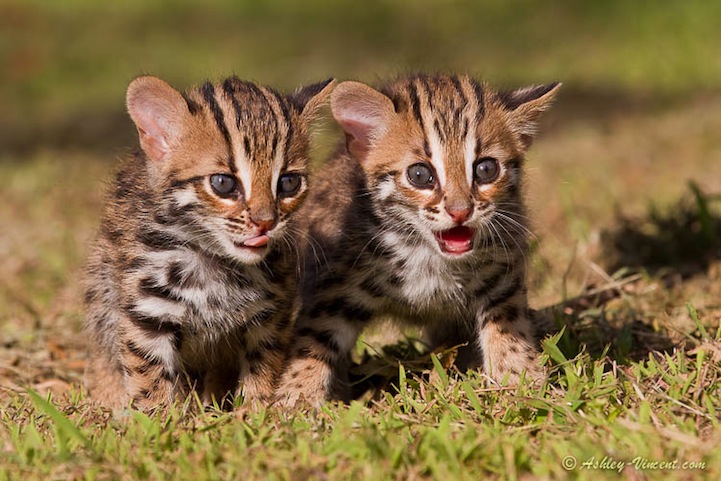 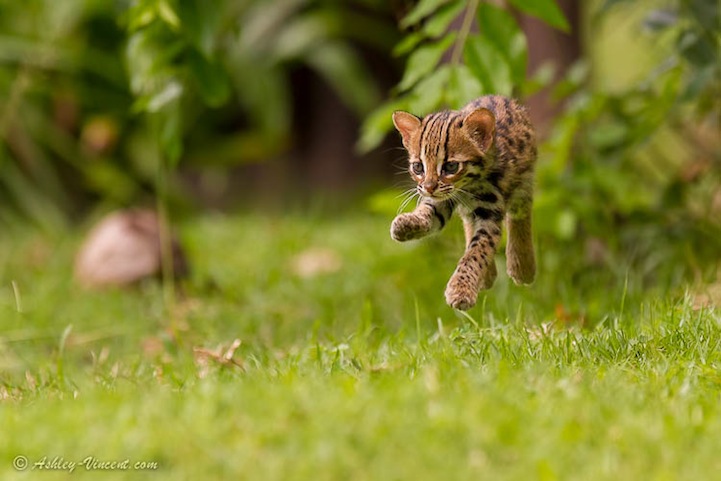 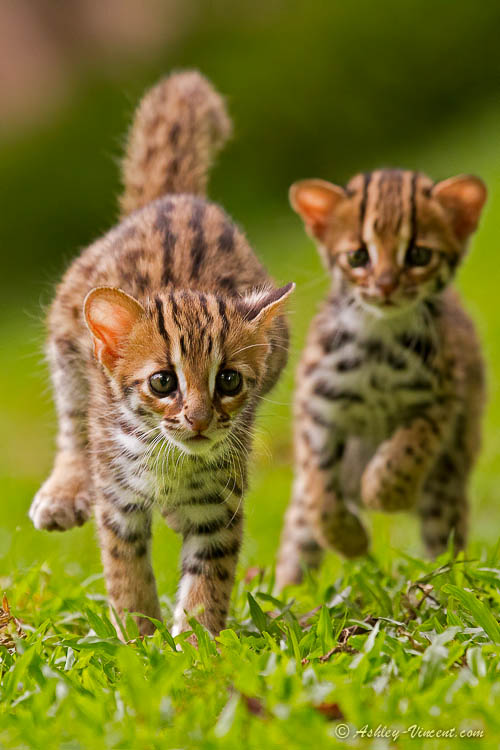