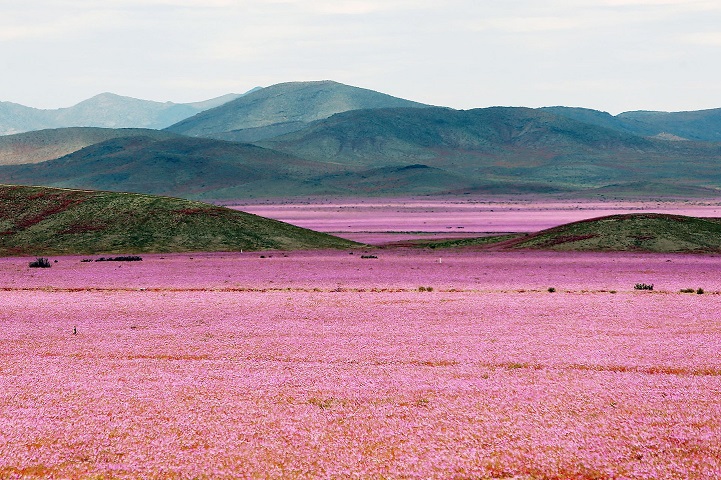 Though the Atacama Desert in Chile is one of the driest places on the planet, it's hardly recognizable at the moment. The typically barren landscape is absolutely covered in a vibrant floral bed. The most prominent characteristic of the area is its total lack of precipitation, yet exceptions do occur and plants and animals take advantage of these changes, bursting into action. This phenomenon of dormant or hibernating seeds blooming the spring after large rainfall is also known as “desierto forido,” or flowering desert.

The beautiful plant life is attributed to the heavy rainfall in the area caused by weather conditions brought about by the El Nino earlier this year. The abnormal weather oscillations have not only delivered lovely fields of flowers to typically arid deserts however. Flooding in the northern region of the country destroyed thousands of homes and killed many, and these same weather patterns were responsible for Hurricane Patricia that swept through the Western Hemisphere earlier this year. Coined the “Godzilla El Nino” scientists predict that this event may surpass the one in 1997, which was the strongest one on record.

Oscillations from El Nino are expected to peak in the late fall or early winter. In the meantime, this particularly lovely Chilean landscape will most certainly attract a tourism boom to the area, with visitors flocking to see the lovely and unusual transformation of the land. It will return to normal at the end of November with the boost in tourist economy expected to aid recovery efforts in the region. 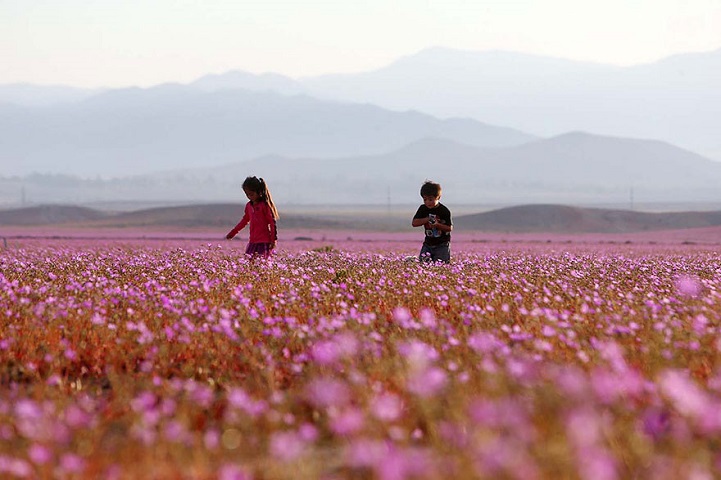 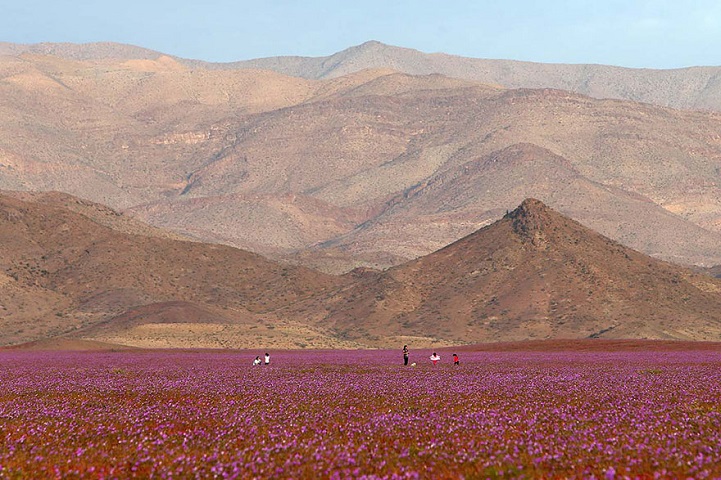 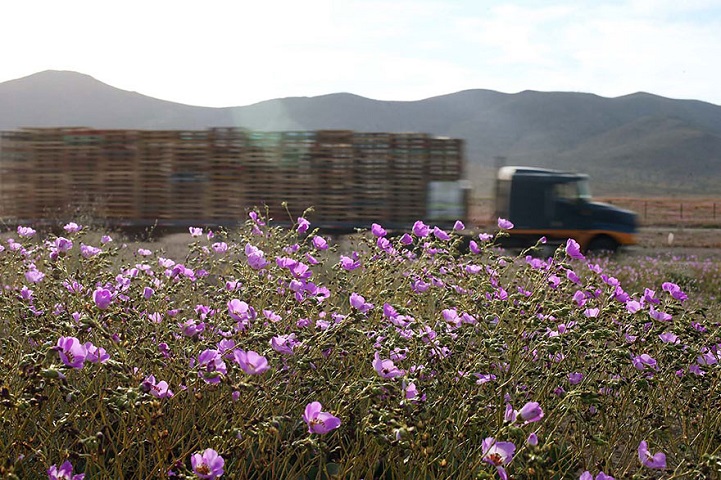 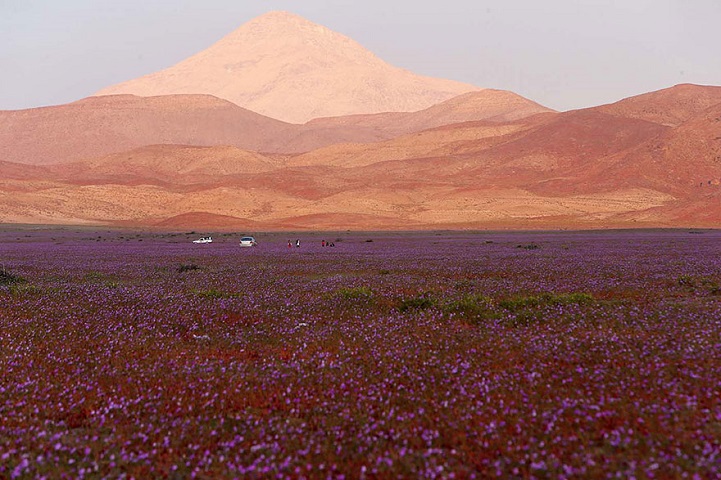 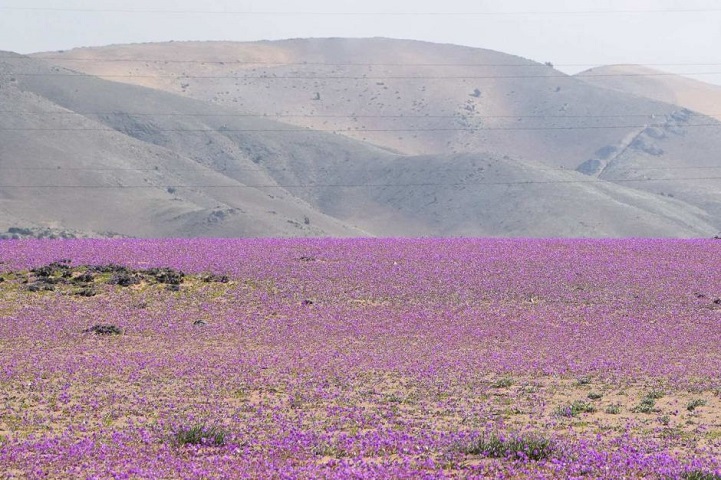 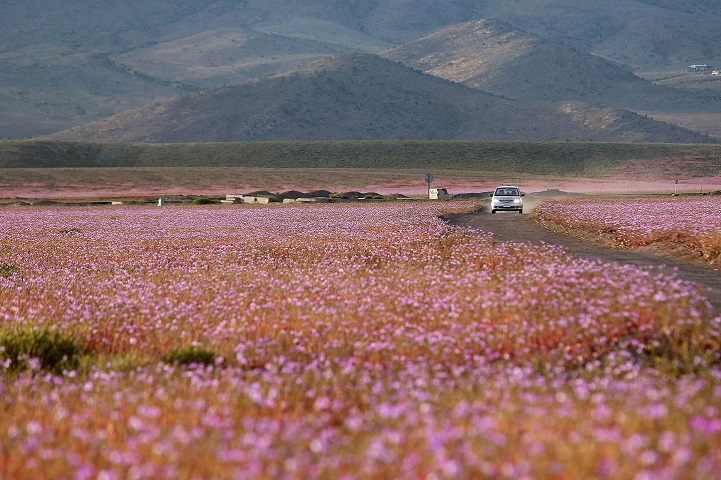 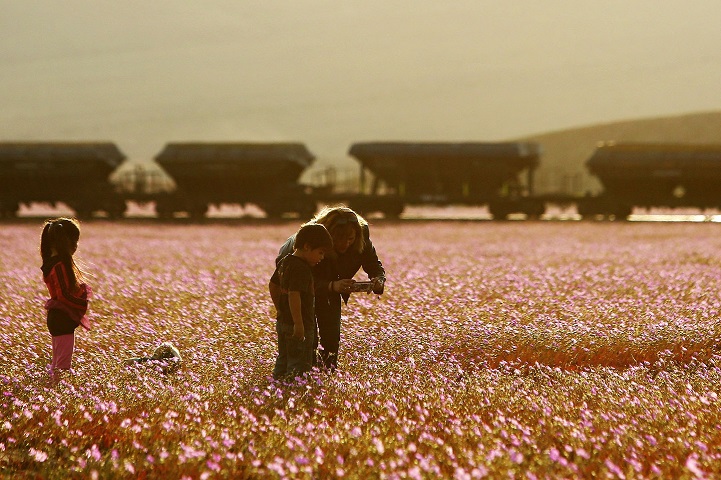 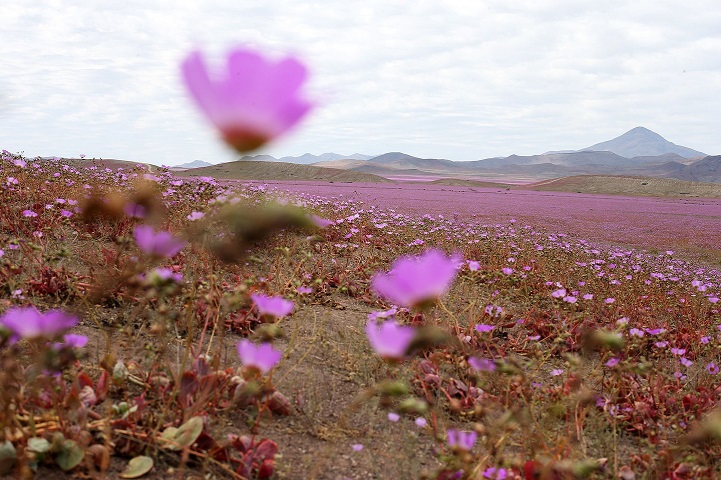 All images by Mario Ruiz/EFE.