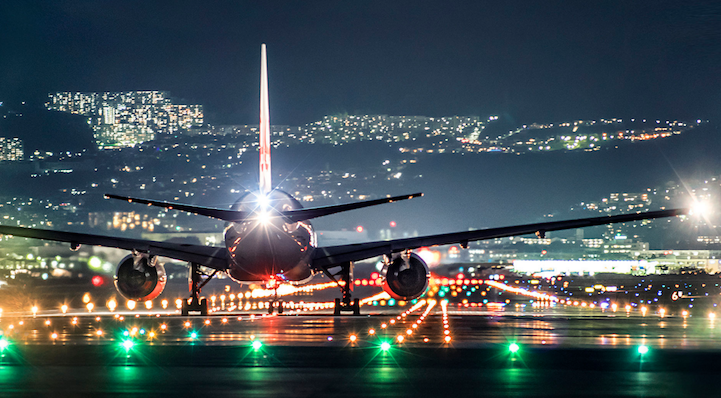 Azul Obscura captures a view of aircrafts that often goes unseen by ordinary passengers. Standing on the runway, the Osaka-based photographer documents the planes as they approach the airstrip and safely make their landing. Although this is a common routine, Obscura's visual style–specifically, his choice to shoot footage at night–adds a mesmerizing feel to the entire process.

Obscura's vantage point also offers a monumental look at commercial airplanes. Their metallic bodies are complemented with colorful, glittering lights from the runway and surrounding landscape. They frame the sleek vessel with stylish star-like motifs and radiating circular waves that appear almost out of this world. It certainly looks much more glamorous than waiting in security lines and reviewing safety information. Instead, Obscura's photographs remind us of the majesty of flight. 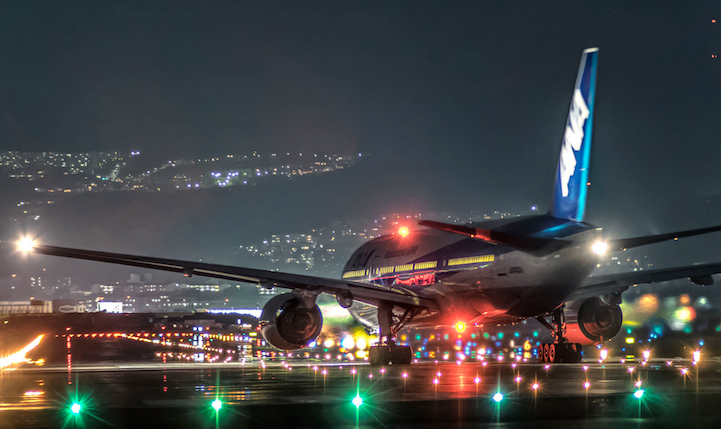 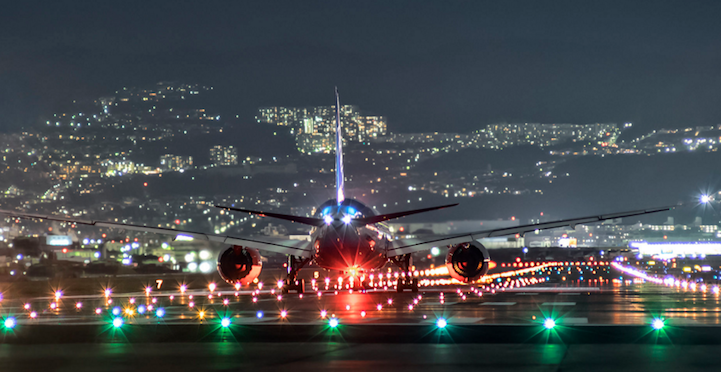 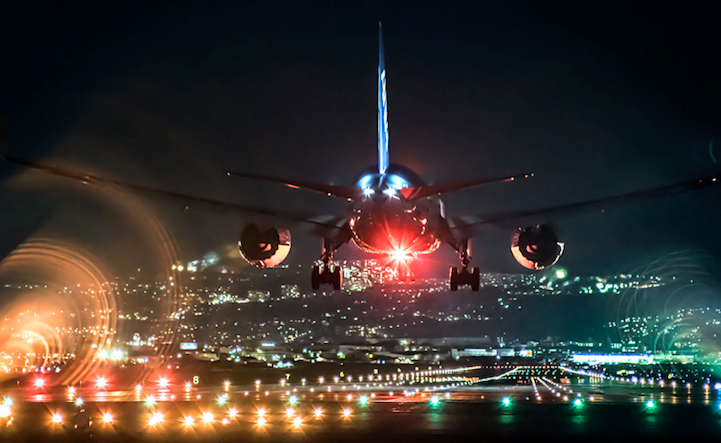 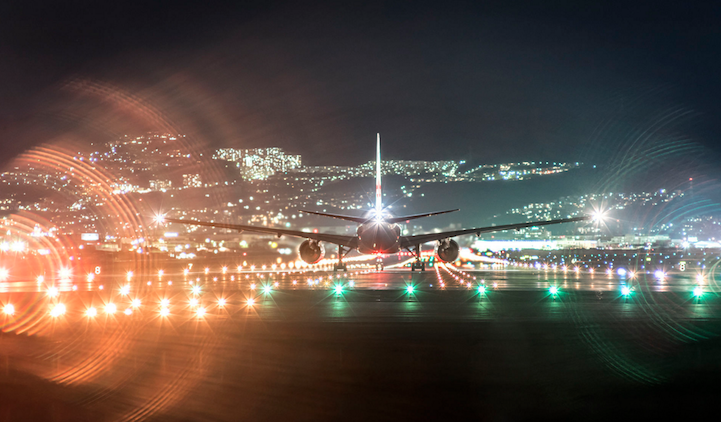 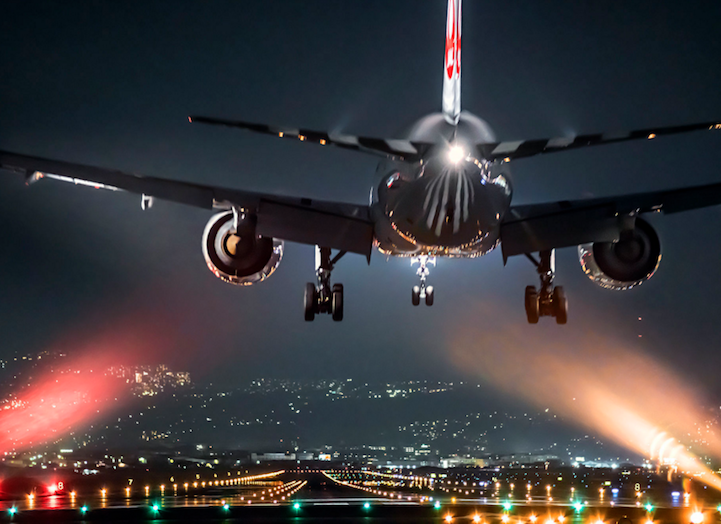 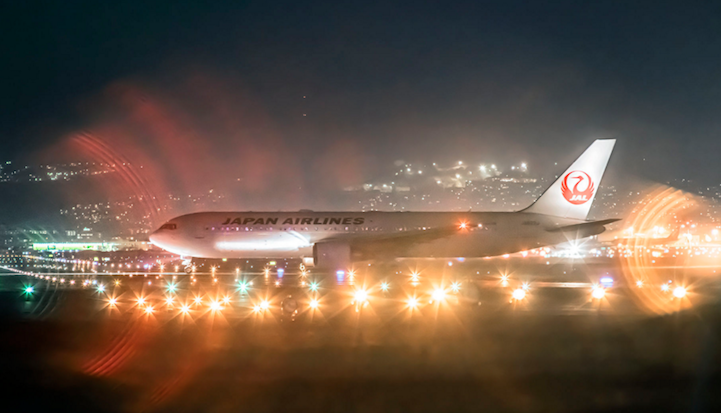 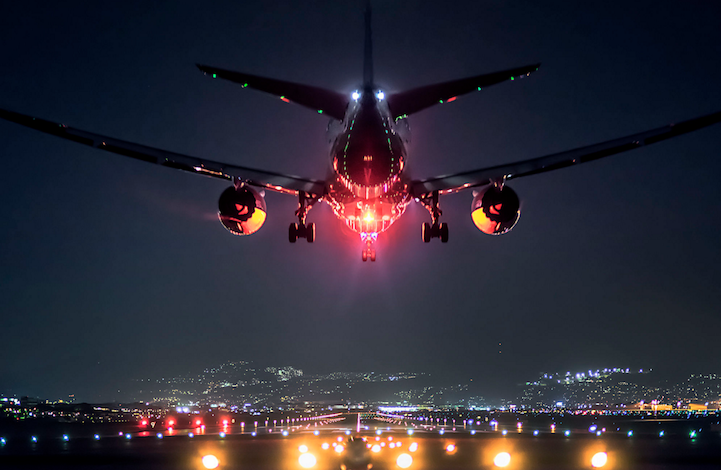 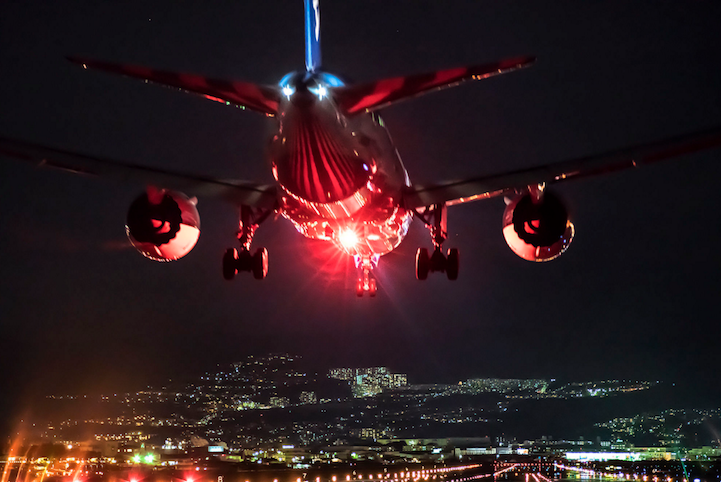 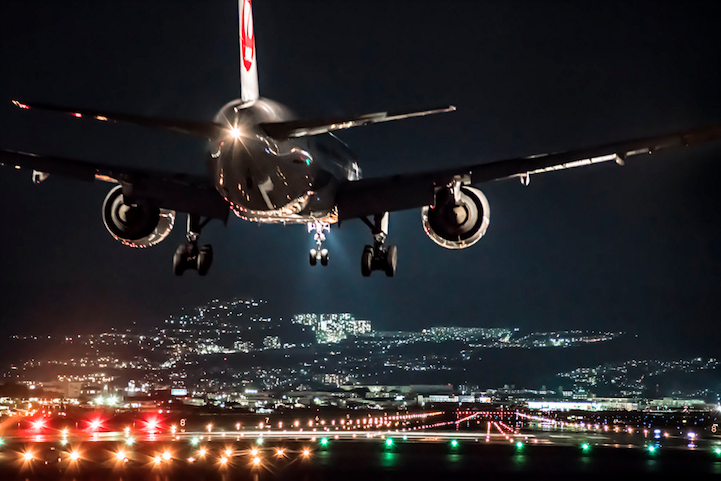 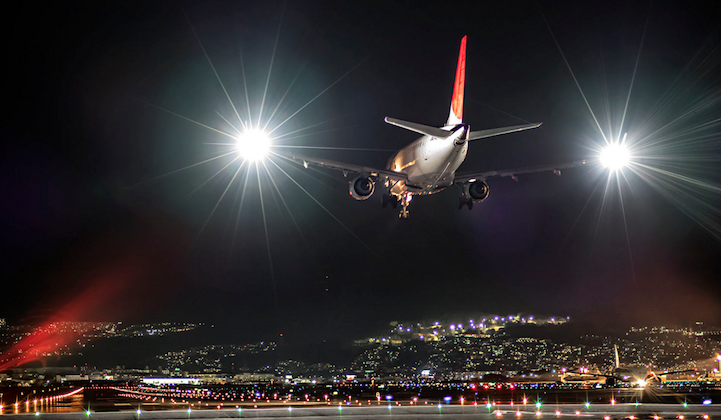 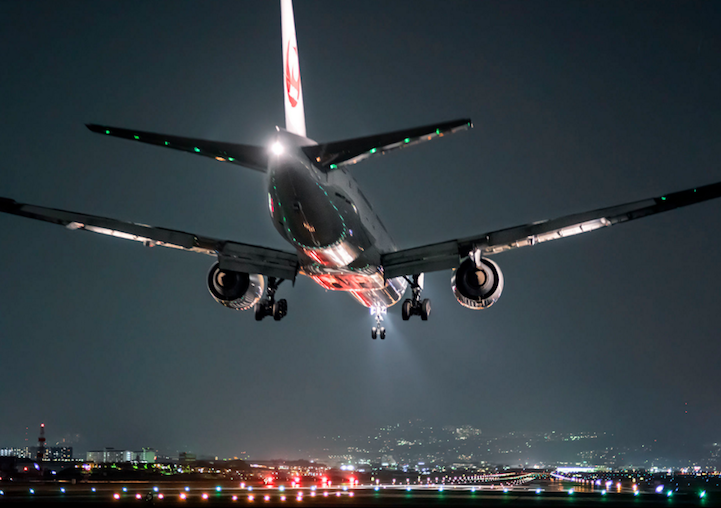