Fleet of Flower Bicycles Takes Over the Streets of São Paulo 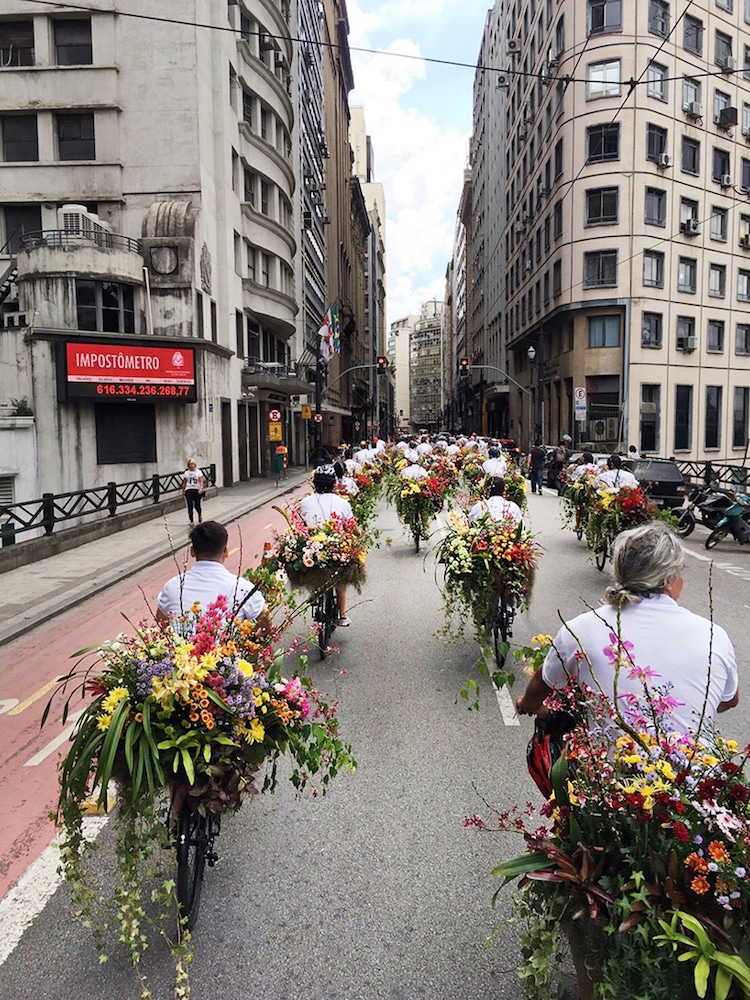 In the past, avant-garde artist Azuma Makoto has created experimental art ranging from cosmic plants to ice block bouquets. Now, the Japanese artist is back with another beautiful and botanical work of art called Flower Messenger.

Composed of 30 functioning bikes overflowing with floral arrangements, Flower Messenger puts a performance-art spin on Makoto's plant-inspired practice. Each bike is driven by a young individual with Japanese roots. As the fleet travels from landmark to landmark, the “messengers” arbitrarily distribute flowers to pedestrians and passersby, adding an interactive—and undeniably heartwarming—element to the public performance piece. This striking series has taken over the streets of São Paulo!

In addition to simply treating the city to an original Makoto masterpiece, Flower Messenger celebrates the debut of  Japan House São Paulo, an organization that aims to introduce “all elements of genuine Japanese culture to the international community.” This particular piece explores and exhibits Japan's reverence toward nature and interest in the ephemeral, bringing a fleeting slice of Japanese culture to an unexpected, faraway place.

“Flower Messenger is an interruption in the city’s nervous flow, with a completely entertaining and inspiring message,” Dantas explained to Designboom. “Suddenly that place that was empty yesterday is filled with flowers today. Soon they disappear, but they remain a memory.”

Scroll down to see the flower bicycles that comprise Azuma Makoto's Flower Messenger in action! 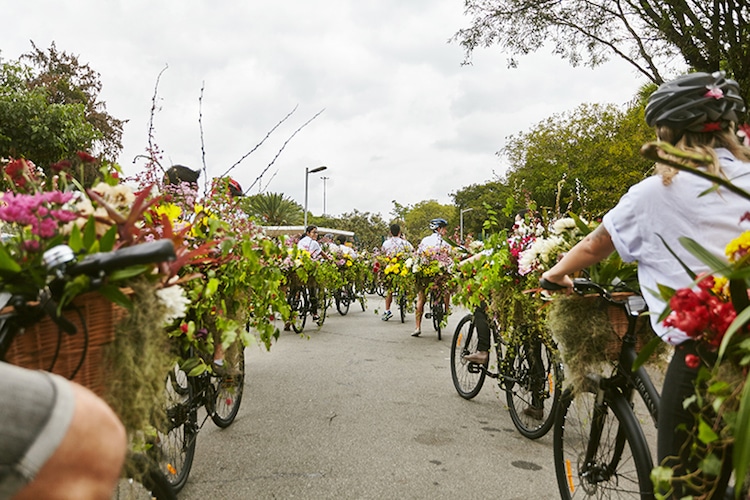 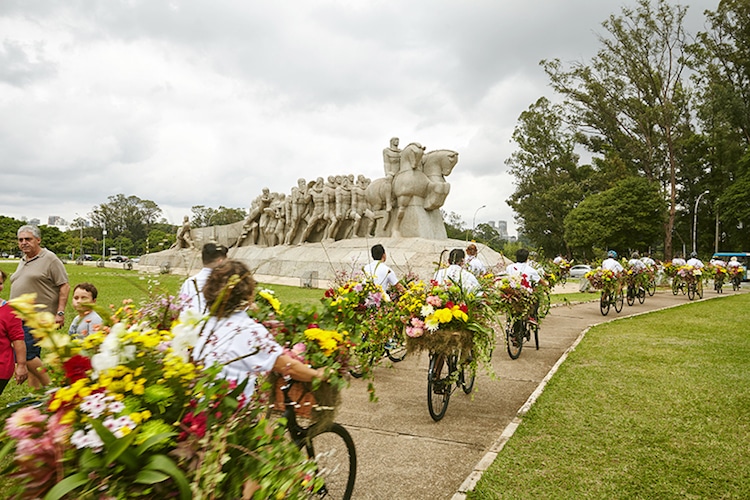 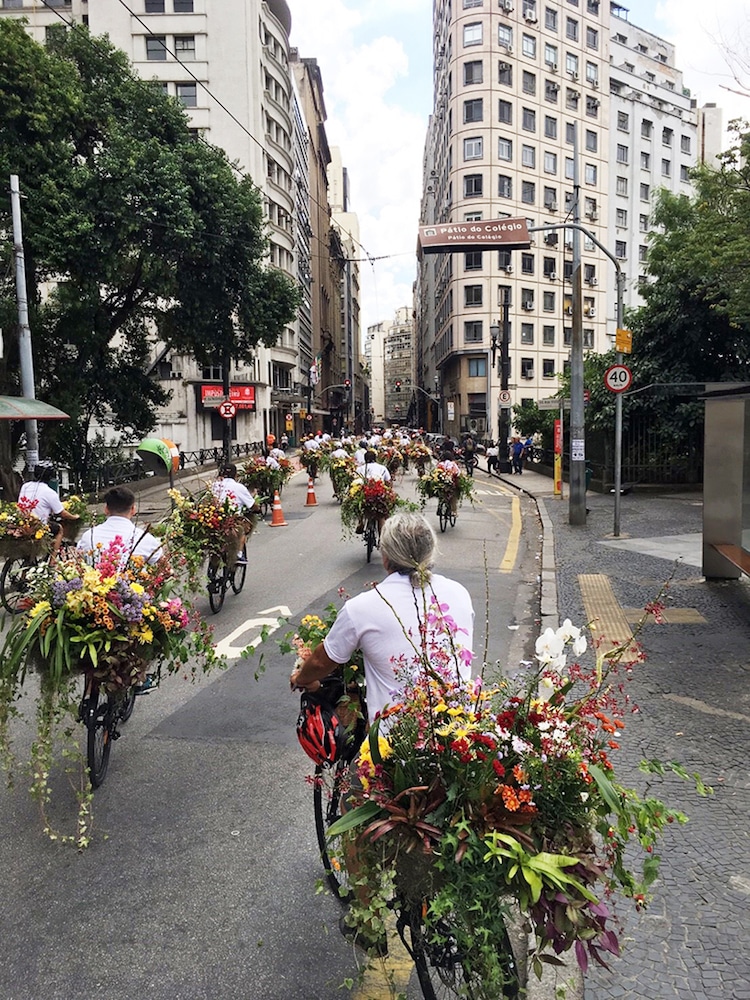 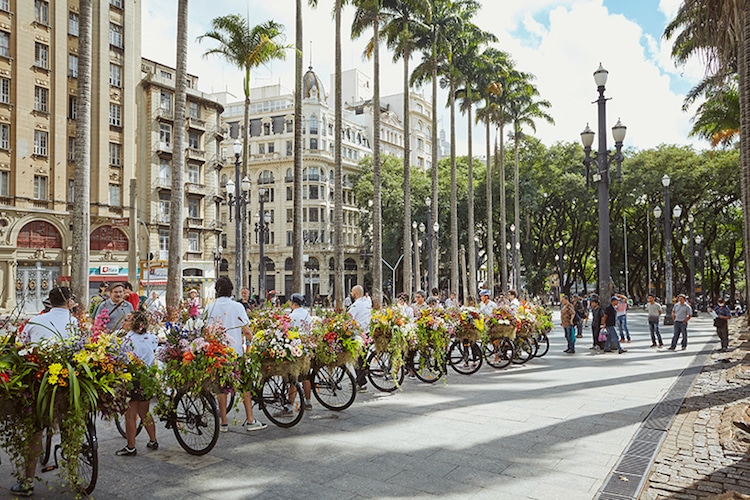 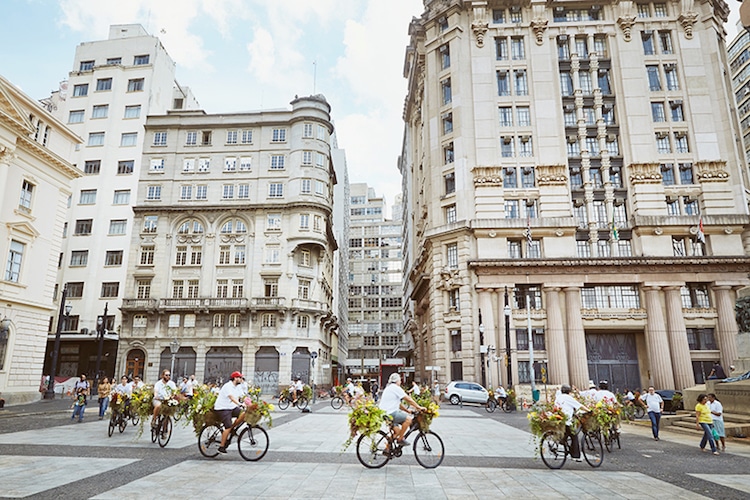 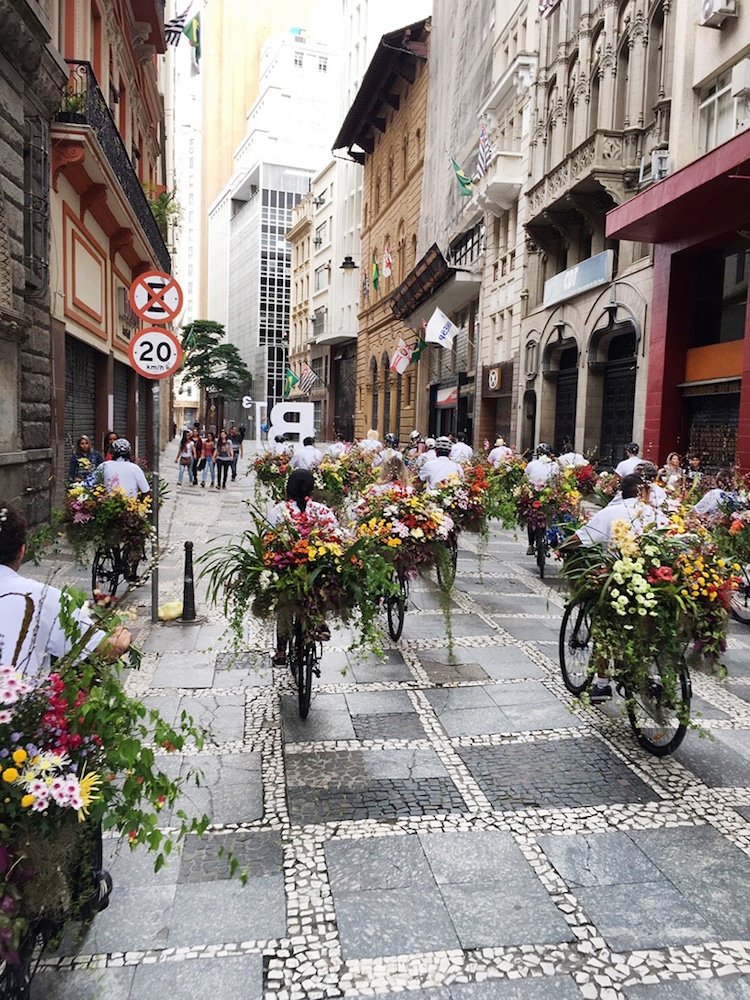 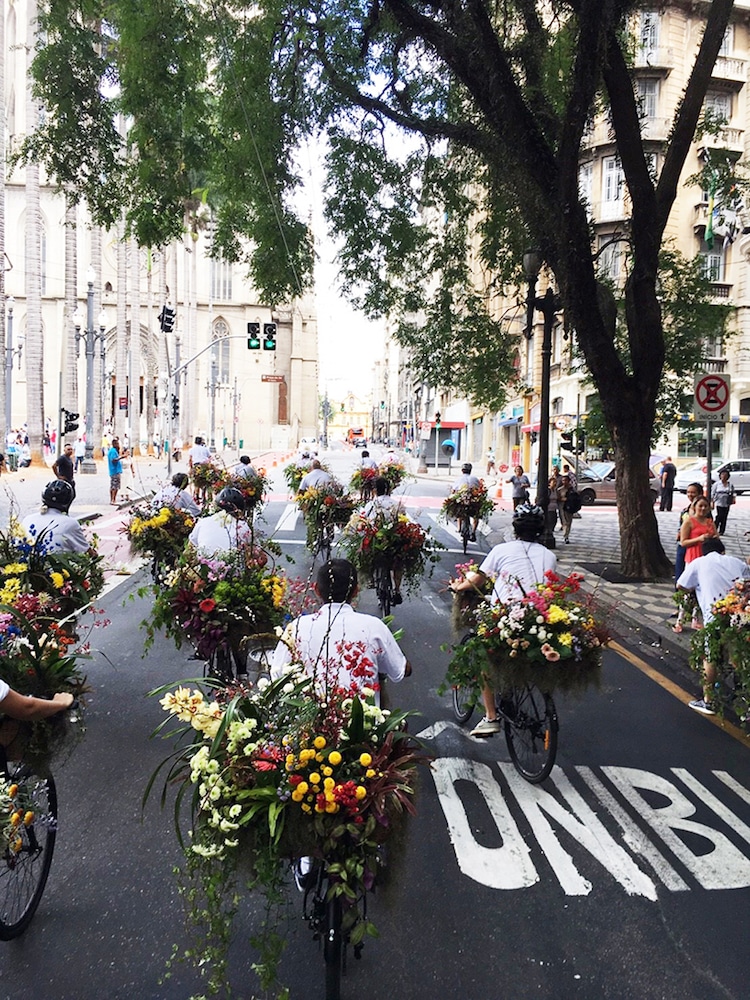 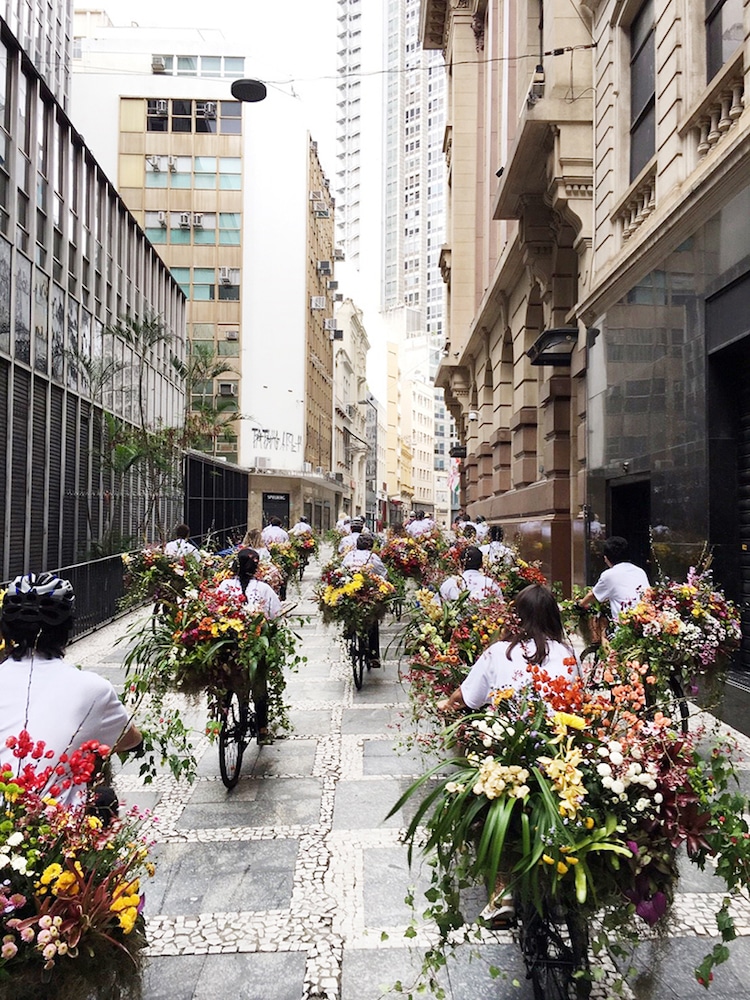 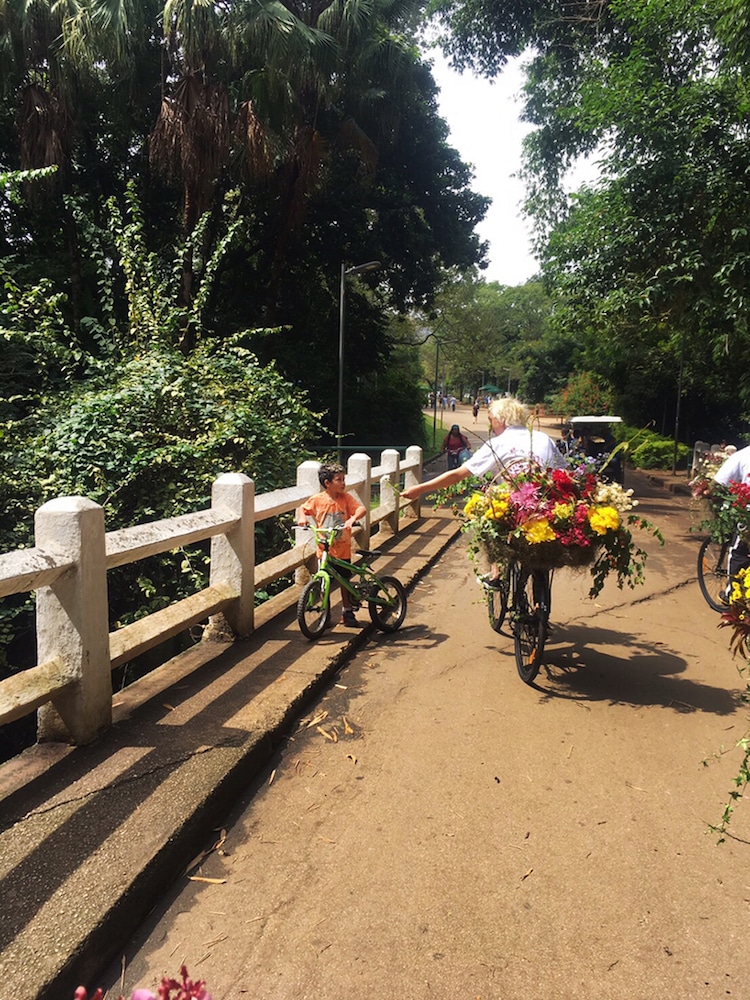 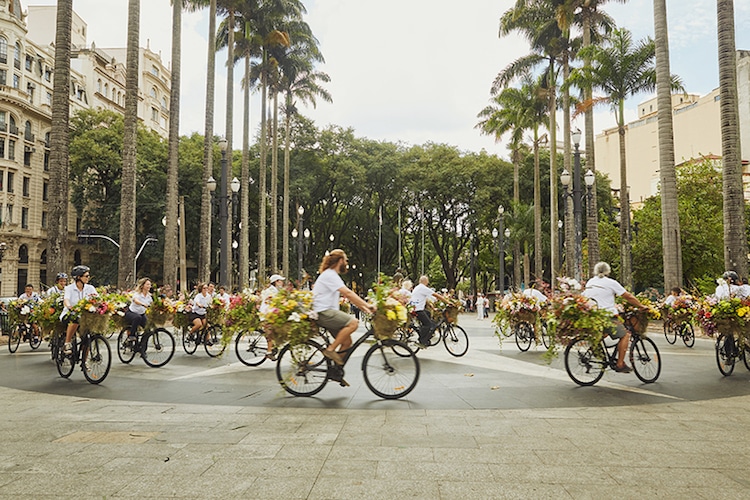 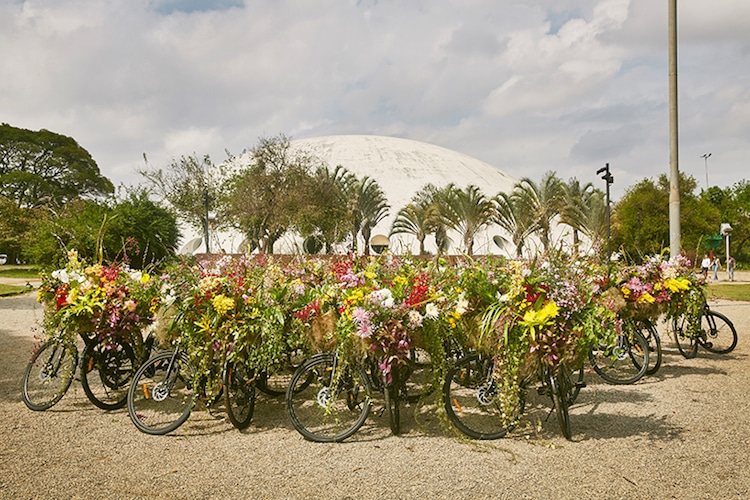 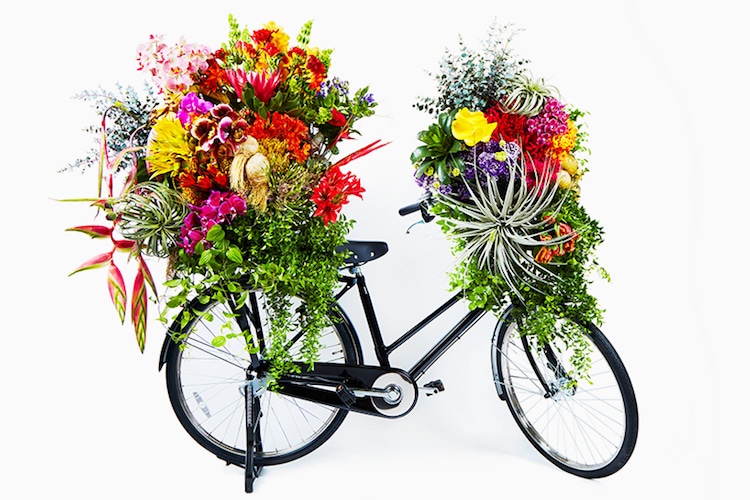 All images via Azuma Makoto.