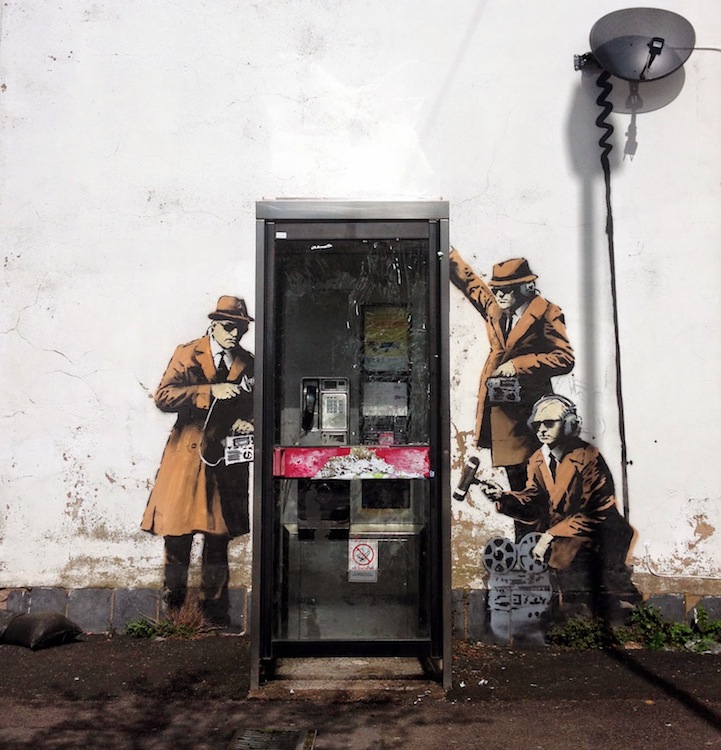 One moment, this plain white wall was blank. The next, it was covered with the stylings of what many are claiming to be the most recent work of British street artist Banksy. The piece quickly emerged overnight along a wall located on Hewlett Road in the Cheltenham borough of Gloucestershire, also notably, a town that is home to the Government Communications Headquarters (GCHQ).

Although the work hasn't officially been confirmed on Banksy's website, the piece–with his typical stenciled style and stirring up a public awareness of a worldwide issue–is being credited to the ever-elusive artist. The stencil features three secret agents spying on a worn down photo booth. It's an interesting juxtaposition between an old, outdated phone system being monitored by more modern recording technology. Since everyone has a cell phone these days, it's rare to see someone using a fixed landline. However, the piece is being attributed to the ongoing international concerns about information security.

The home owner, Karren Smith, said she saw men packing up a white tarp near her home in the very early morning hours, but had no idea what was going on. “They were taking [the tarp] down and putting it into the back of the van,” explains Smith. “I thought it might be something to do with the police, like when a crime happens. I saw these people looking and then saw the graffiti. It's pretty good. It livens up the street.” 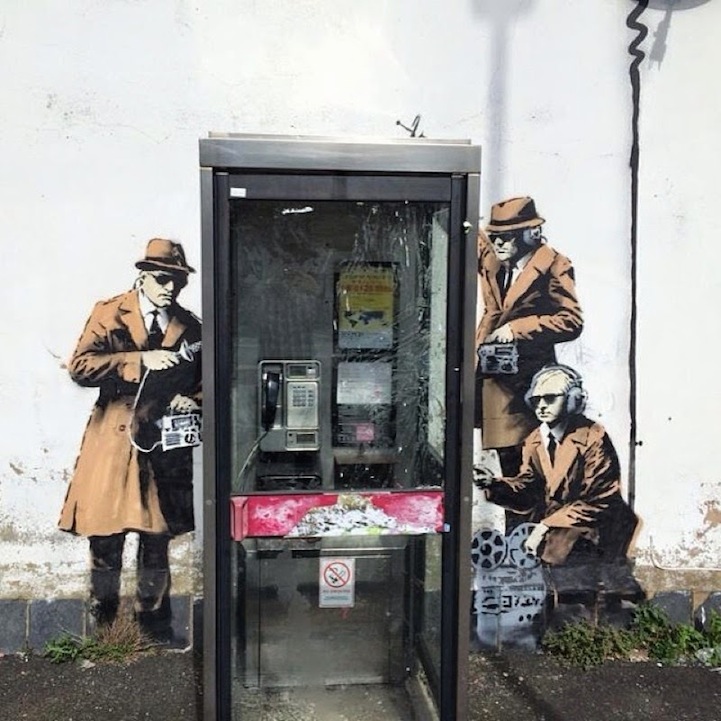 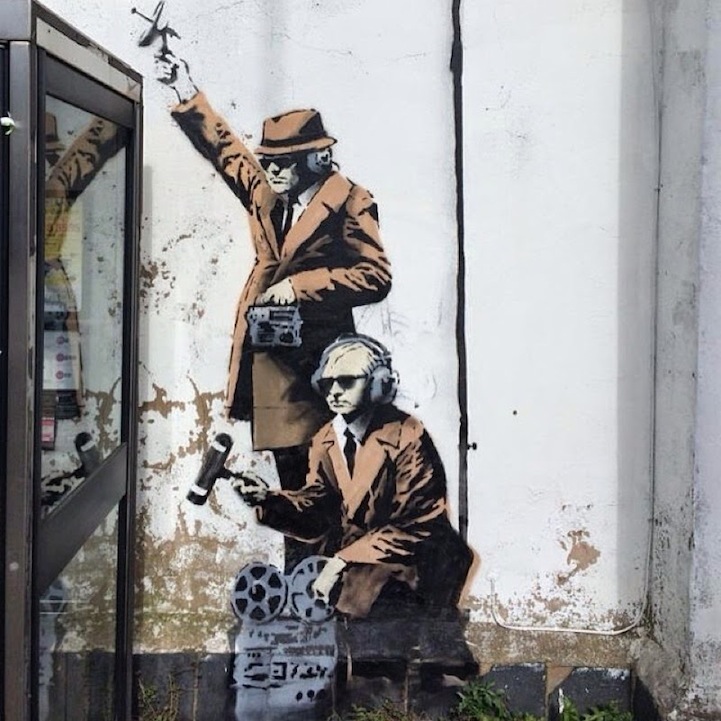 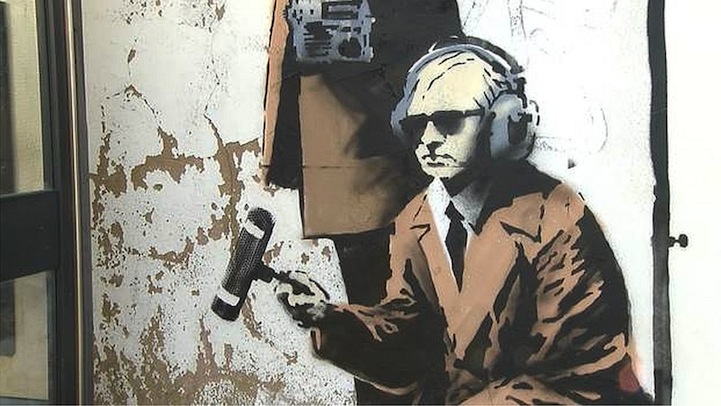 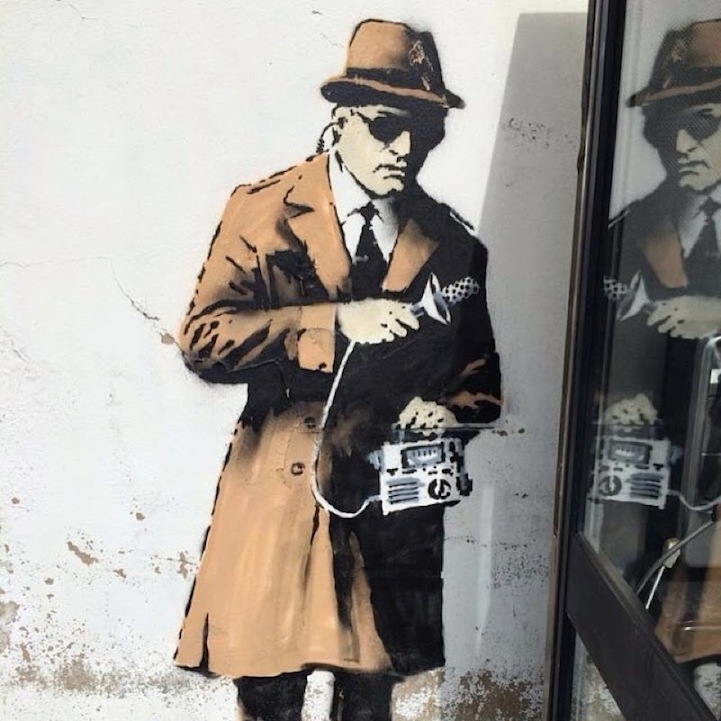