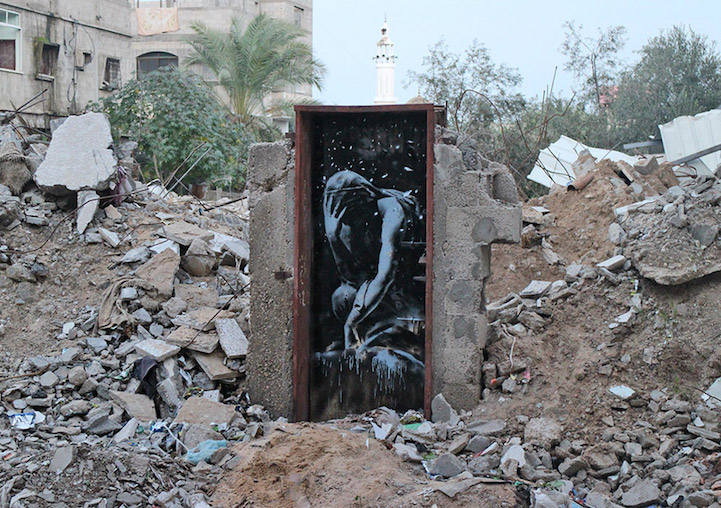 The world's most famous street artist, Banksy, returned to Palestine to create a series of powerful new works. In 2005, he made several paintings on Israel's West Bank barrier wall. This time, the artist goes undercover, making a satirical travel advertisement for Gaza. The 2-minute film shows Banksy entering an underground tunnel carrying cans of spray paint. “Make this the year YOU discover a new destination,” the video starts off by saying. “Welcome to Gaza.”

The must-watch video spotlights the devastation caused by last summer's conflict between Israel and Hamas militants. “In 2014 Operation Protective Edge destroyed 18,000 homes,” the video caption says. This refers to the Israeli military operation that targeted Hamas militants who were firing rockets into Israel.

About halfway through the video we see Banksy's new works. The black hooded artist stencils a weeping Greek figure that some liken to Niobe while others see Rodin's The Thinker. With a hand on her head, the woman appears as if she is weeping. It is titled Bomb damage, Gaza City. Another piece shows images of children swinging on a fairground ride, which is actually a surveillance tower, and the last one is a painting of a cute kitten playing with a coiled ball of rusted metal, as if it were an innocent ball of wool.

About the cat piece, Banksy writes on his website, “A local man came up and said ‘Please – what does this mean?' I explained I wanted to highlight the destruction in Gaza by posting photos on my website — but on the internet people only look at pictures of kittens.” 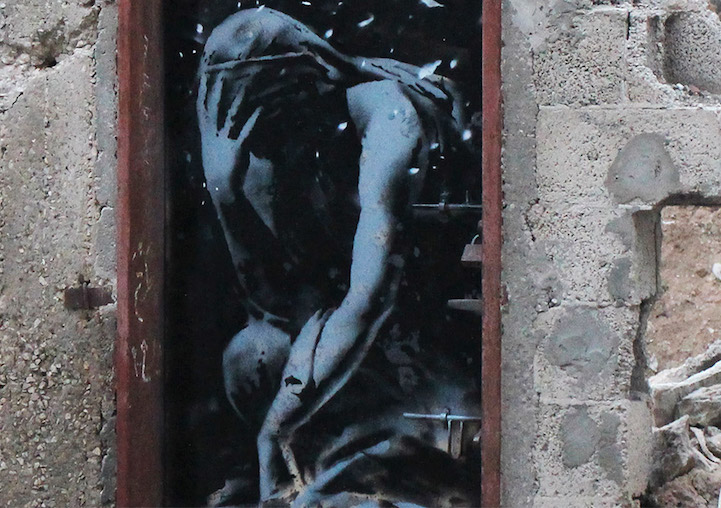 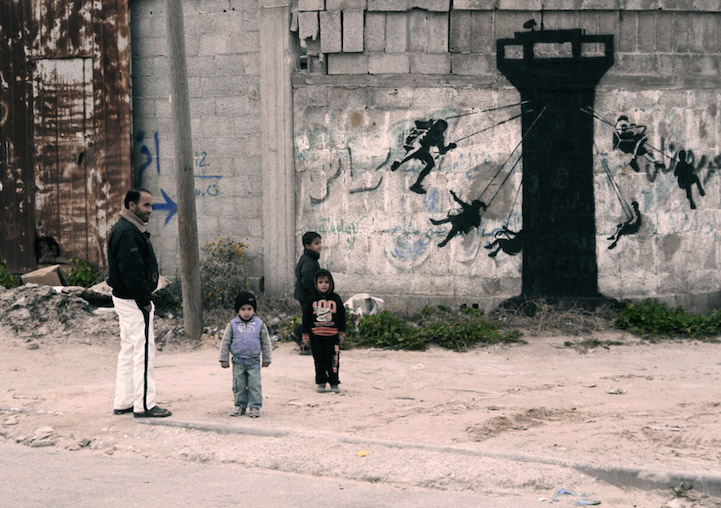 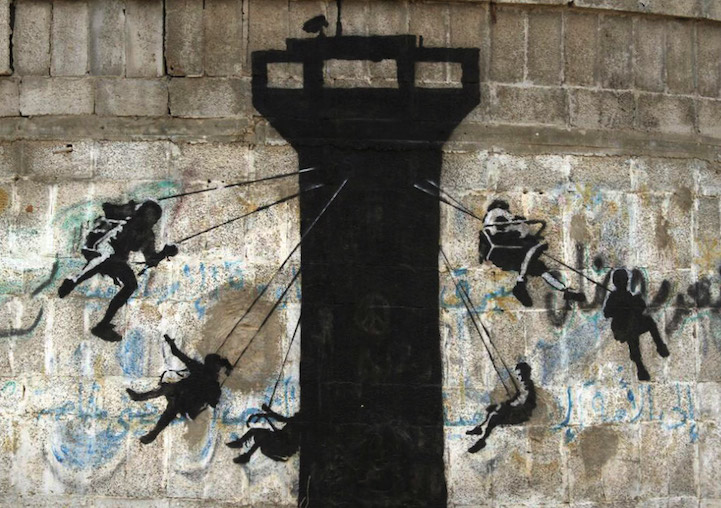 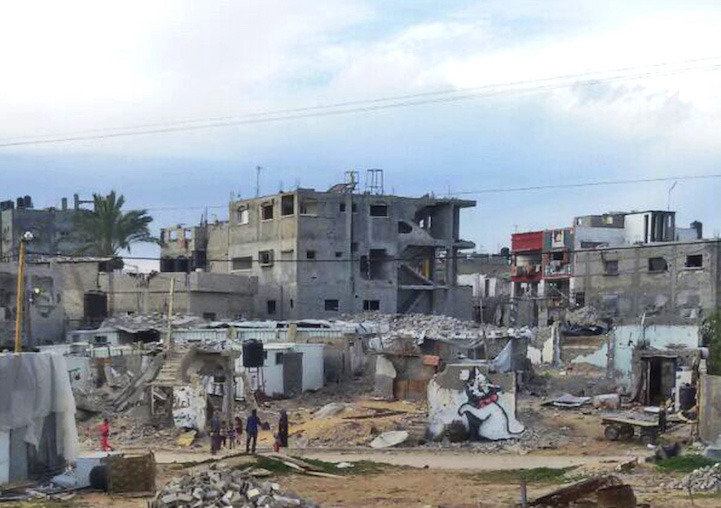 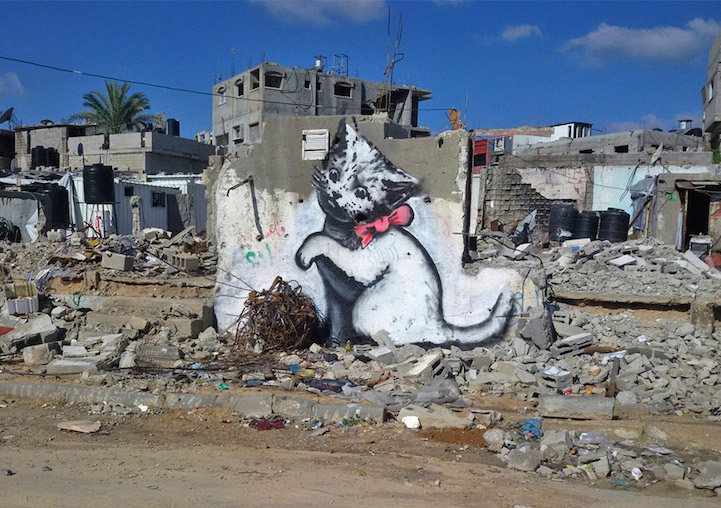 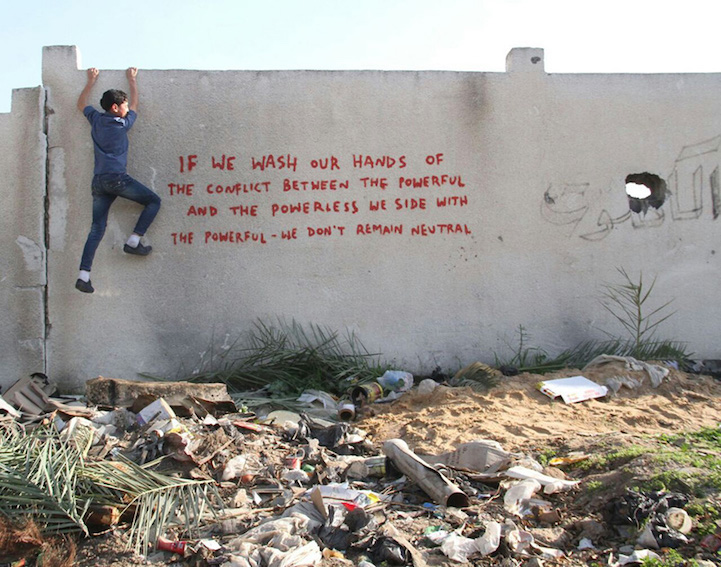 “Gaza is often described as ‘the world's largest open air prison' because no-one is allowed to enter or leave,”Banksy states. “But that seems a bit unfair to prisons – they don't have their electricity and drinking water cut off randomly almost every day.”