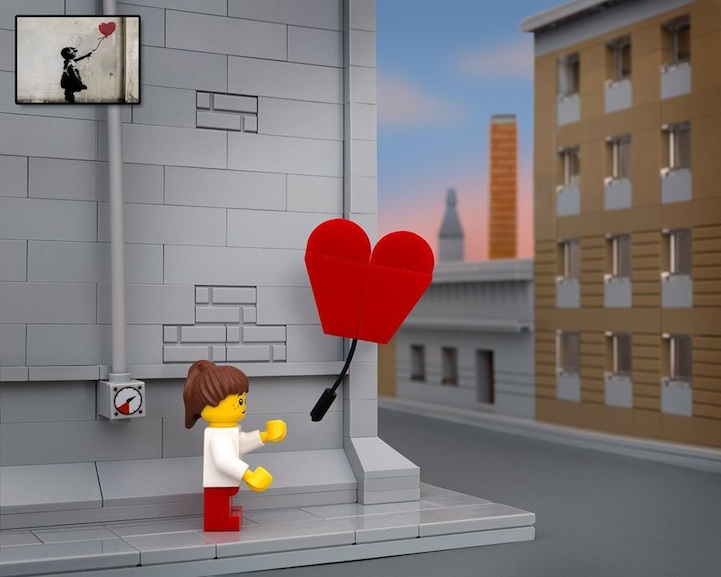 What would it look like if Banksy's most famous street art pieces were reimagined in LEGO? What would the balloon girl look like and how would the rat on the wire appear? These are the questions photographer Jeff Friesen asked himself when he created his original series Bricksy. As he tells us,”There is something compelling about gritty street scenes rendered in clean, modernist LEGO bricks.”

All of the scenes that Friesen created were inspired by a Banksy artwork, but then, they've been given some very unexpected twists. Friesen infused each scene with his own, funny sense of humor. For example, in a tale of forbidden love, the iconic bouquet thrower is actually hurling flowers at his girlfriend, who just so happens to be a police officer. So far, 20 images have been made, of which 10 are featured here. The rest can be found at The Brick Fantastic. 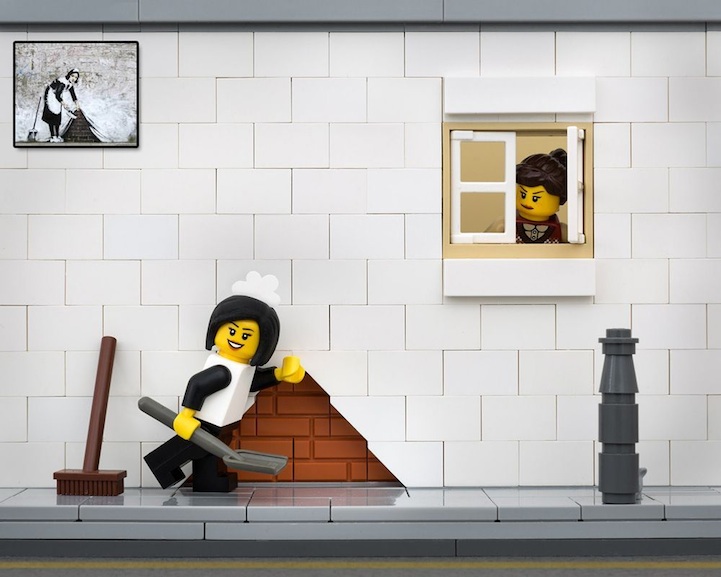 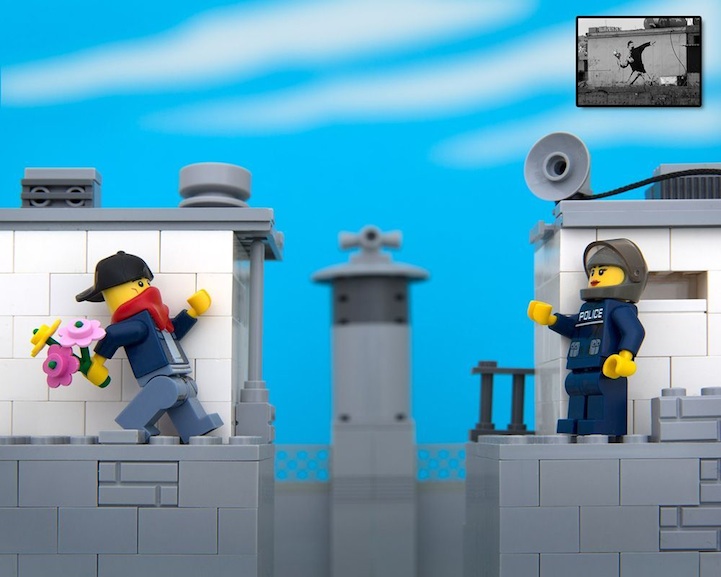 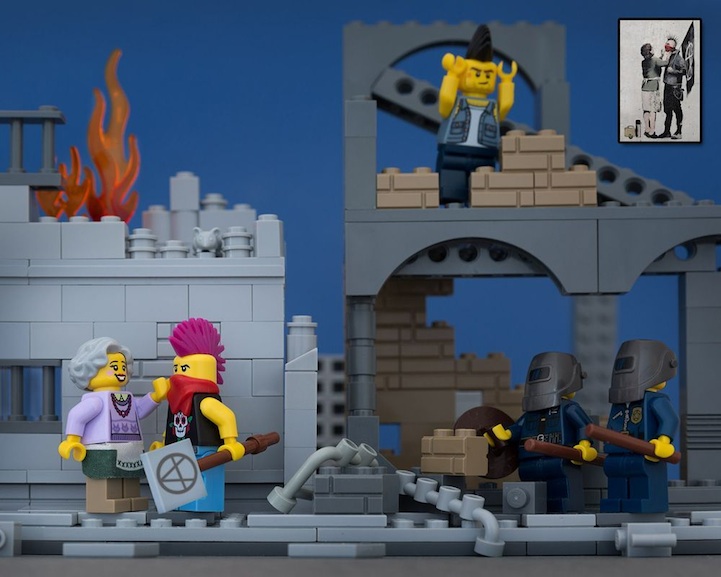 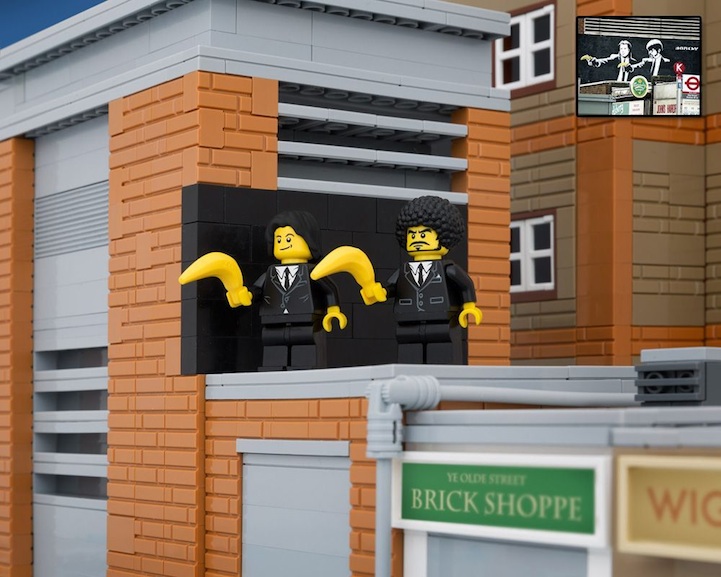 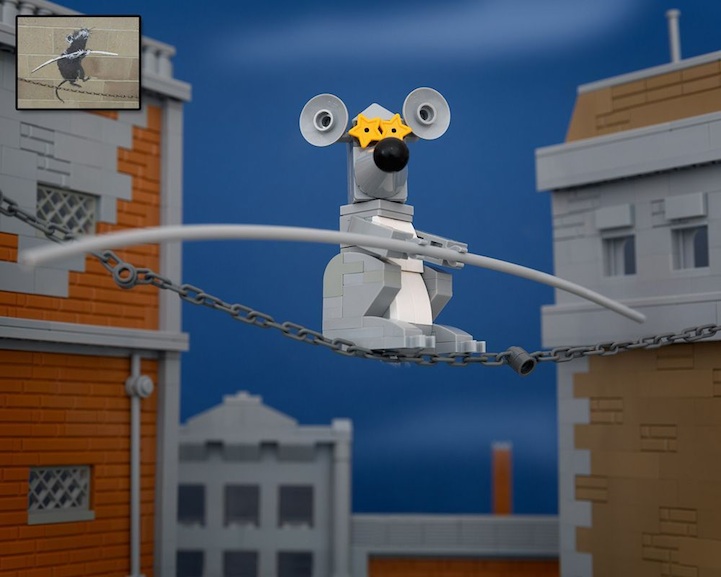 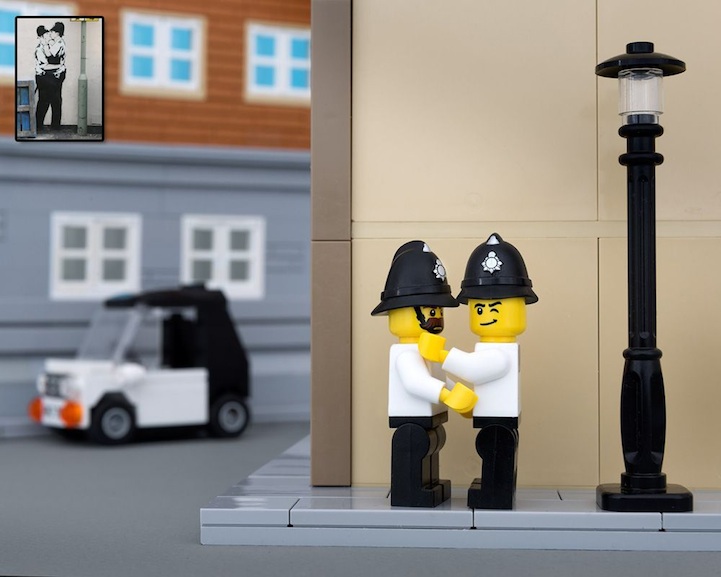 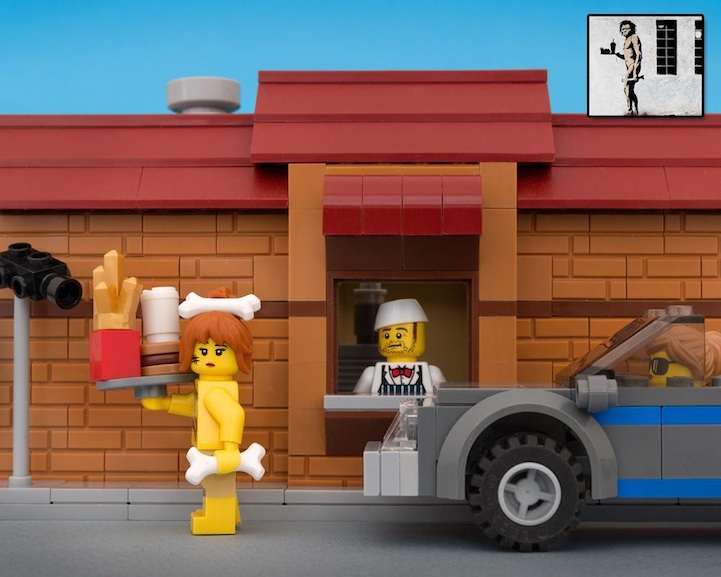 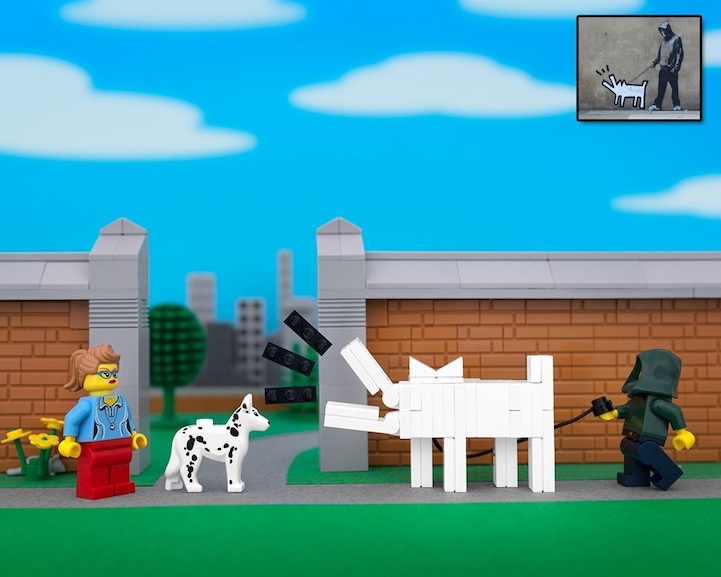 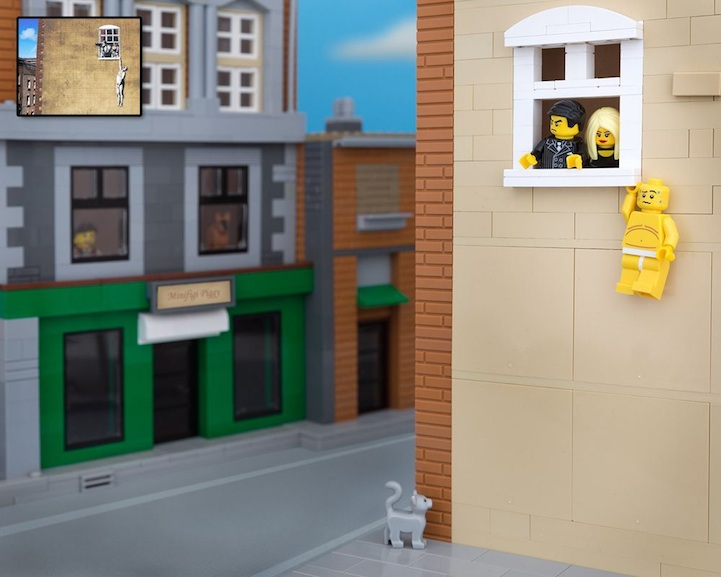