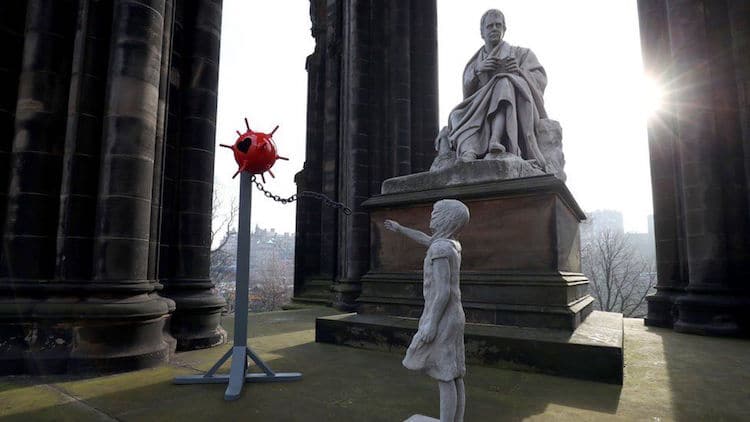 On Valentine's Day, a mysterious sculpture popped up in front of Edinburgh's Scott Monument. Taking inspiration from Banksy's iconic 2002 piece Balloon Girl, the artwork created quite a stir.

The sculpture shows a girl, placed in front of the statue of Sir Walter Scott, reaching for a red balloon. This time, however, the balloon is actually a floating red naval mine with a heart cut out. City officials and onlookers were left puzzled by the sculpture, which was signed Grantsy, as hoards of people came out to photograph the work.

Such mystery left the piece open to interpretation. “It is very interesting to see a new installation within a Gothic monument,” observed Edinburgh University student Ajeng Setyo. “It is a very vivid statement which reminds everyone to love more, despite the situation across the world.”

City officials left the work in place throughout the day so curious observers could get their fill. And, by the next day, the mystery was solved. “Mrs. Grantsy” came forward to the Evening News and explained that the artwork was a romantic gesture from her husband.

“My husband placed Mine Girl on the Scott Monument as part of a Valentine’s gift for me and as an homage to Banksy.”

Part of her gift also included the heart cutout, which was presented to her in a wooden box. The couple, who wish to remain anonymous, were pleased that the elaborate Valentine made people smile. 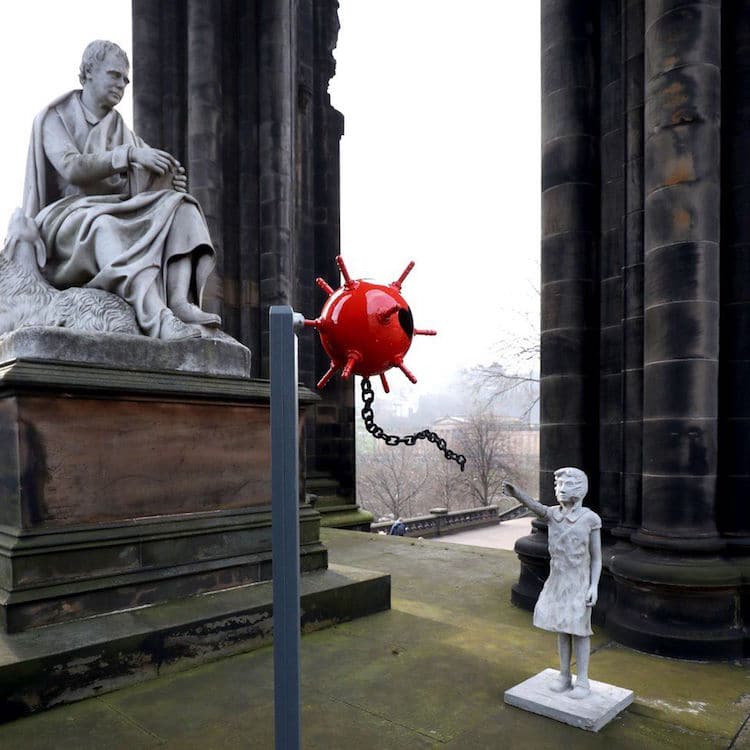 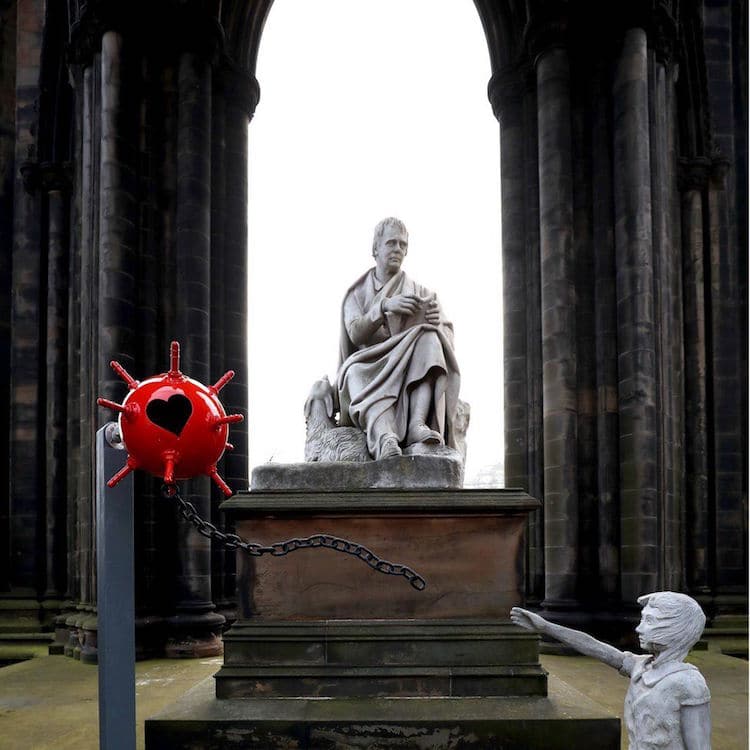 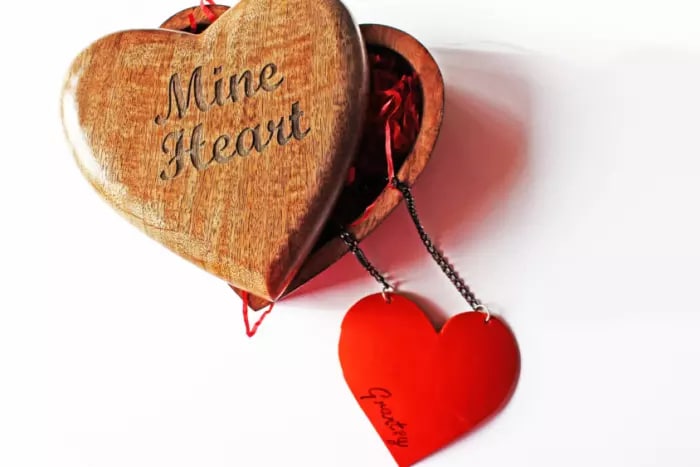 All images via BBC except where noted.