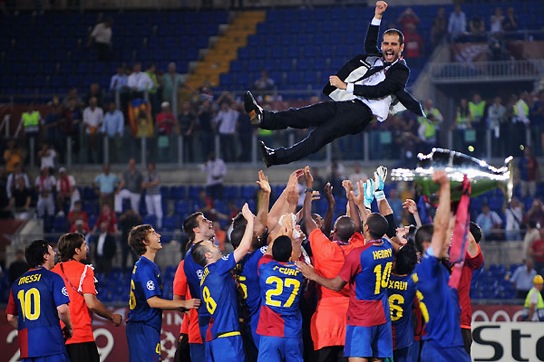 With an incessant attack and a focus on possession, Barcelona defeated the defending champion, Manchester United, 2-0 to win the European Champions League title, Europe's most prestigious club soccer tournament. The final was played at the Stadio Olimpico in Rome yesterday, May 27, 2009.

Samuel Eto'o drew first for Barcelona, scoring in the 10th minute off the left hand of Manchester United goalkeeper Edwin van der Sar, giving Barcelona the only goal it would need. Then in the 70th minute, 21-year-old Lionel Messi put the game out of reach, deftly heading a cross by Xavi Hernandez to the upper-right corner of the goal to give Barcelona a 2-0 lead.

The victory was Barcelona's third European title and its second in four years. It follows a Spanish League title and a victory in the Spanish Cup this year. “We are not the best team of history, but we have played the best season in history to win three titles and the way we won,” said first-year Coach Pep Guardiola. 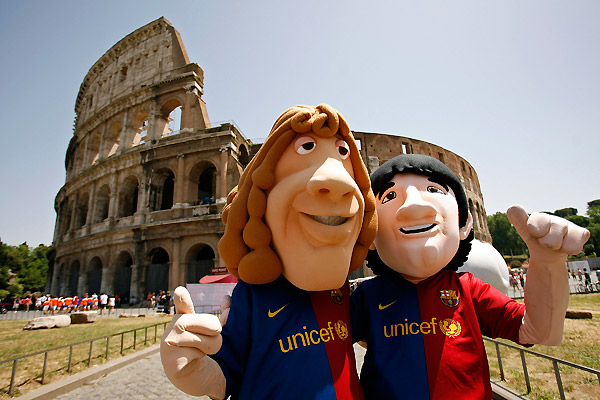 Barcelona Fans masked as Carles Puyol and Lionel Messi pose in the background of the Roman Colosseum. 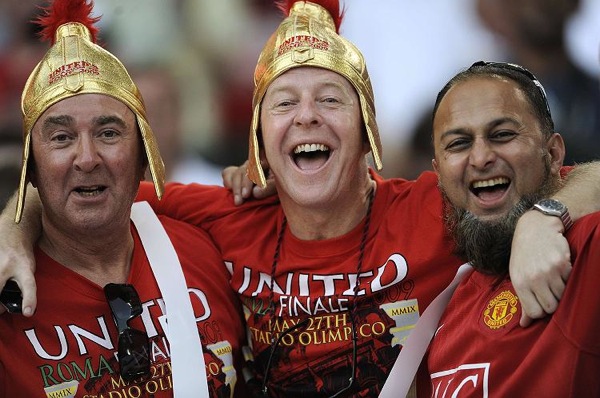 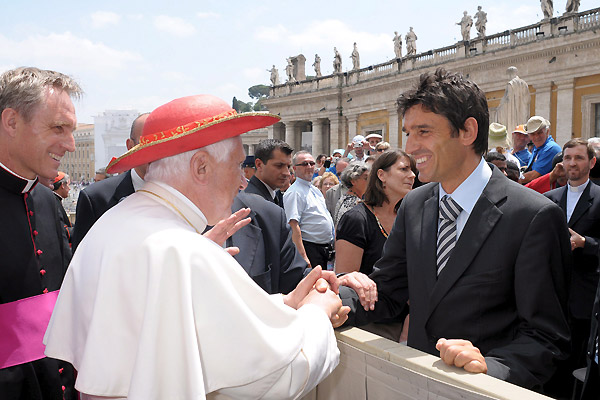 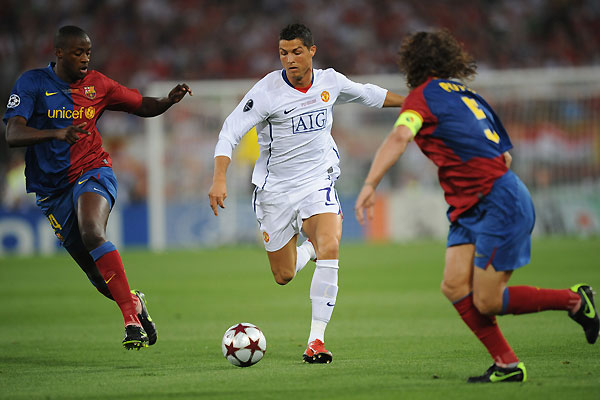 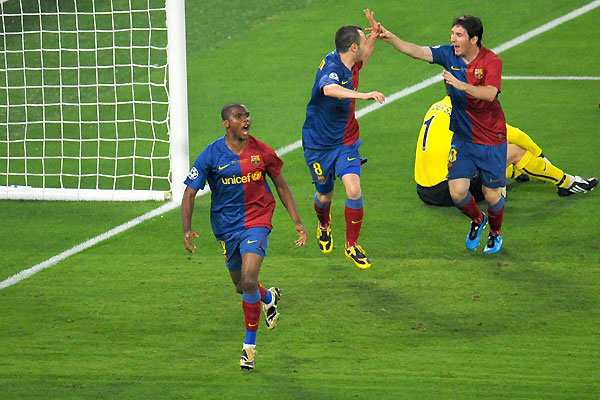 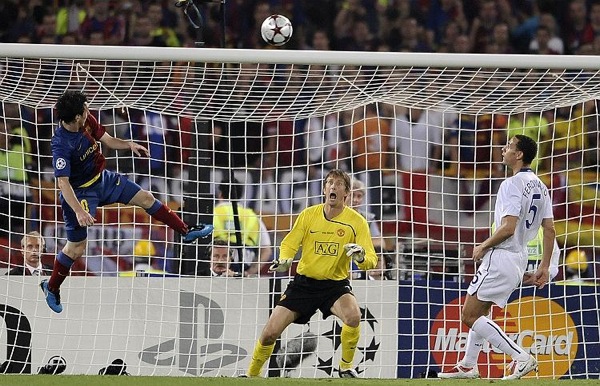 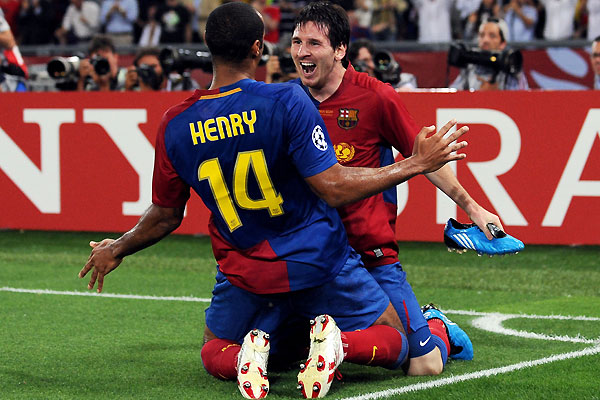 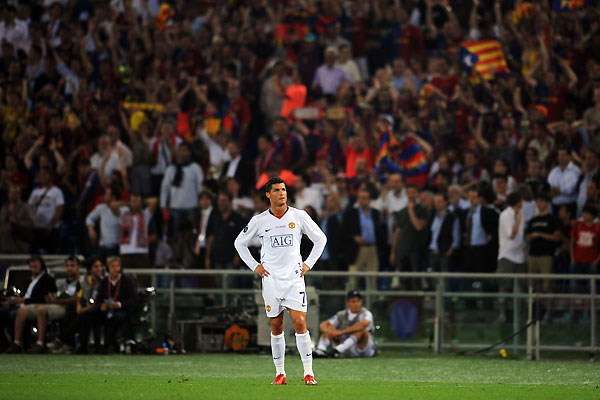 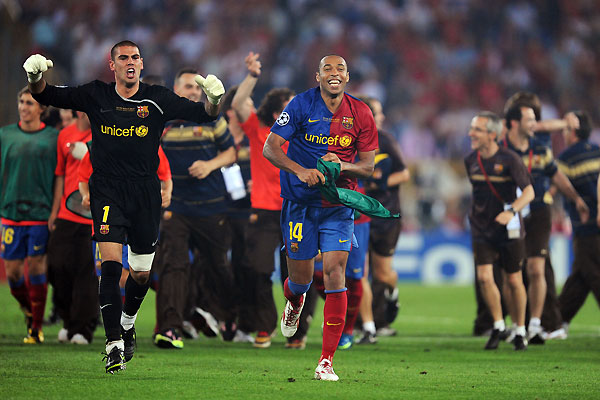 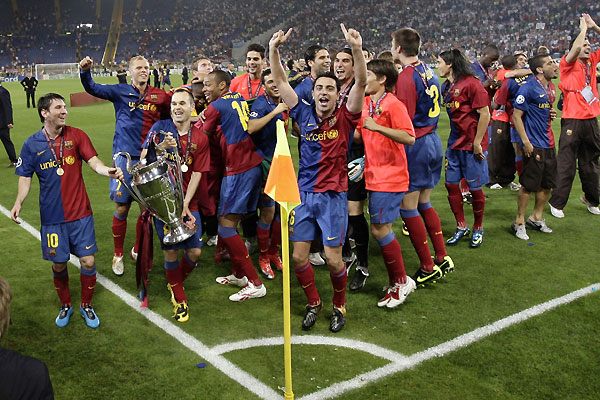 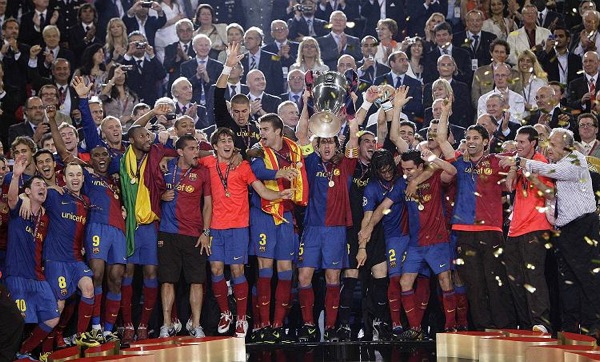 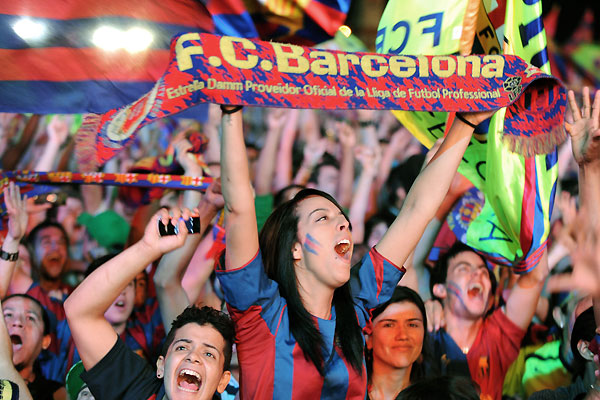 via etoday and ny times