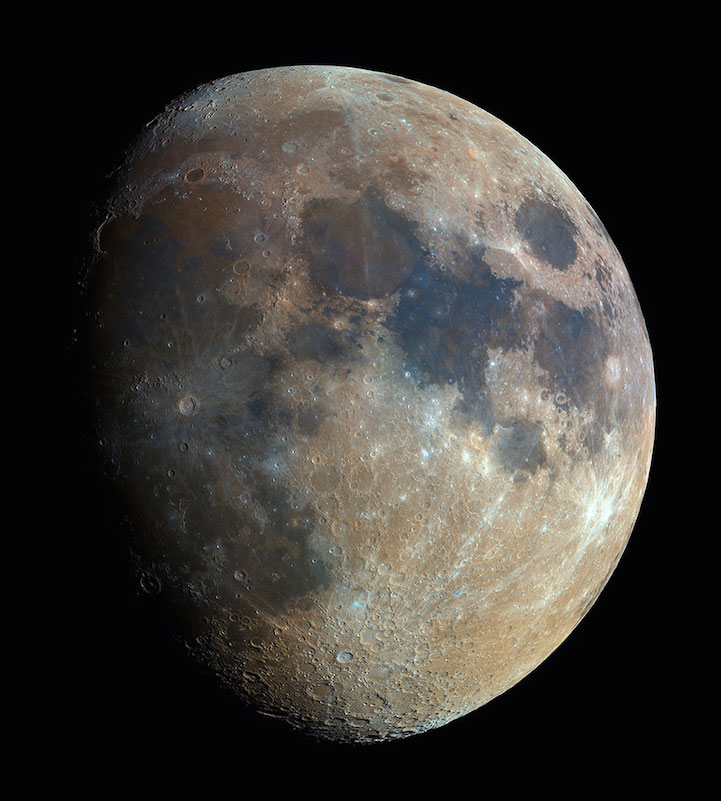 Right from his own balcony in Piekary Slaskie, Poland, amateur photographer Bartosz Wojczynski was able to capture thousands of extraordinary lunar photos. After 28 minutes of diligent work, Wojczynski had skillfully captured 32,000 separate images with only a Celestron C9.25 telescope, a Sky-Watcher HEQ5 mount, several additional filters, and his ZWO ASI174MM monochrome camera, which is specially designed for spectacular sun and moon imaging. All of the equipment cost the photographer about $3500, but it was worth it in the end when he spent an additional 5-6 hours processing and stacking the images into one captivating final mastepiece.

During his meticulous stacking process, the self-taught astrophotographer transformed his 32,000 photos at 73.5 gigabytes into one whopping 14 megapixel image. The finished photograph was created using advanced techniques and by using the moon's coloration to enhance the final shot. “Thanks to the enhanced coloration, it's possible to examine the differences in the chemical composition of the lunar surface,” Wojczynski tells PetaPixel. “For example, the bluish tint of several areas indicates a titanium-rich soil.” 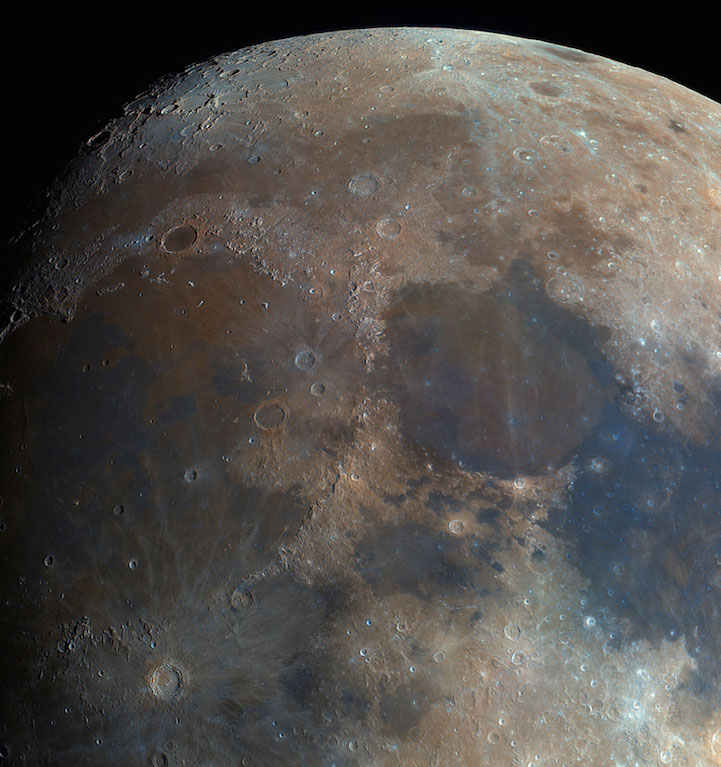 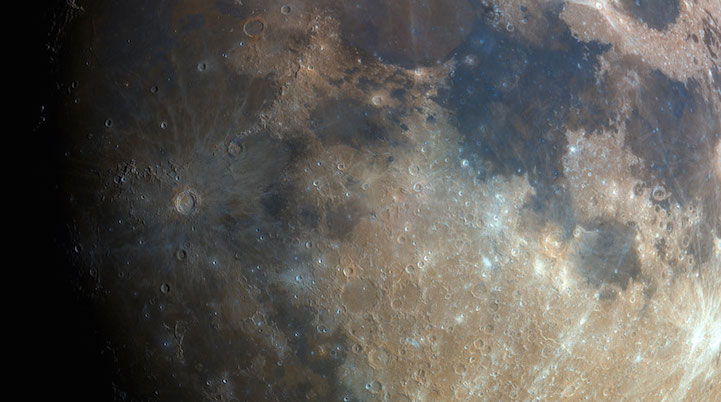 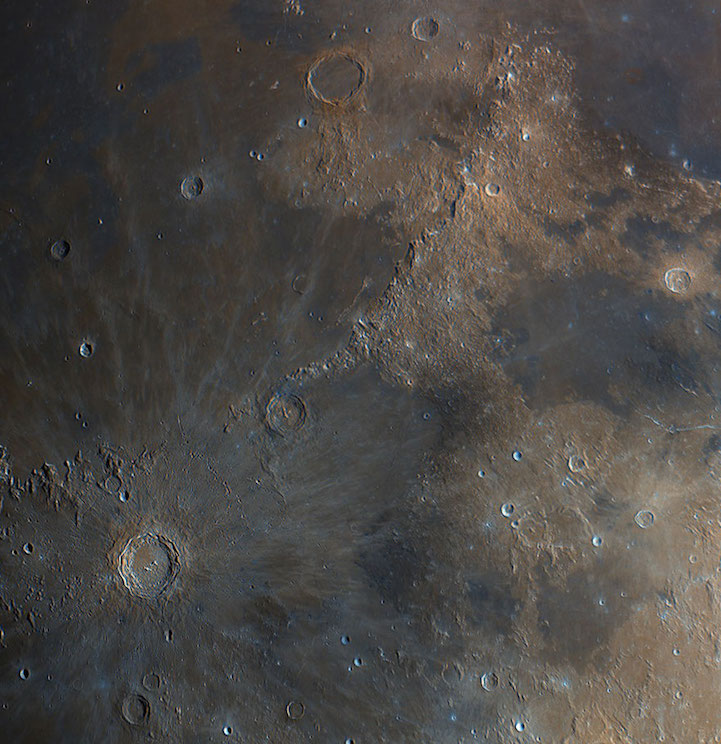 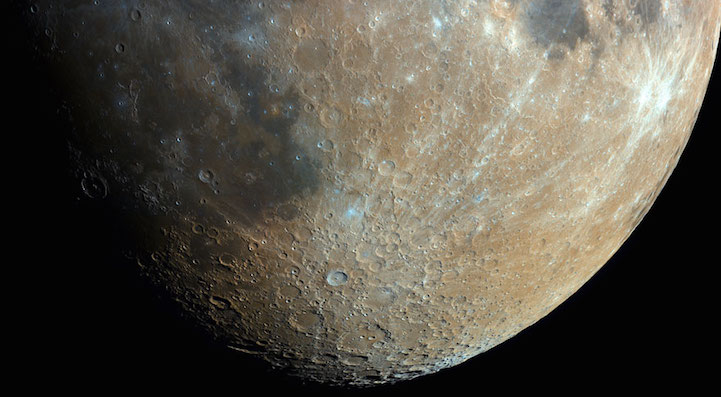 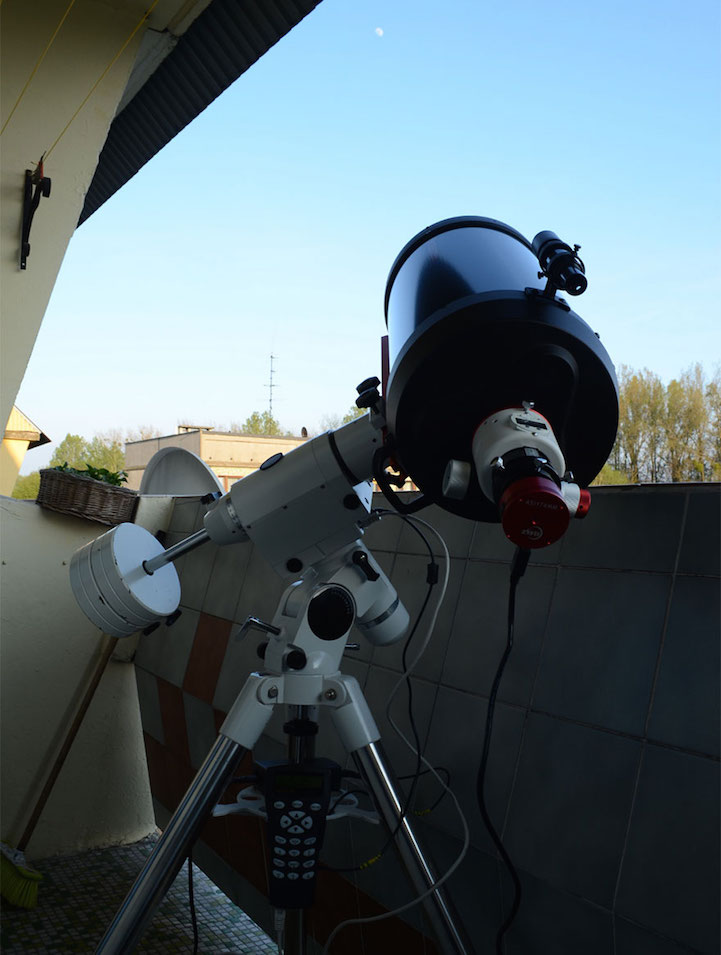