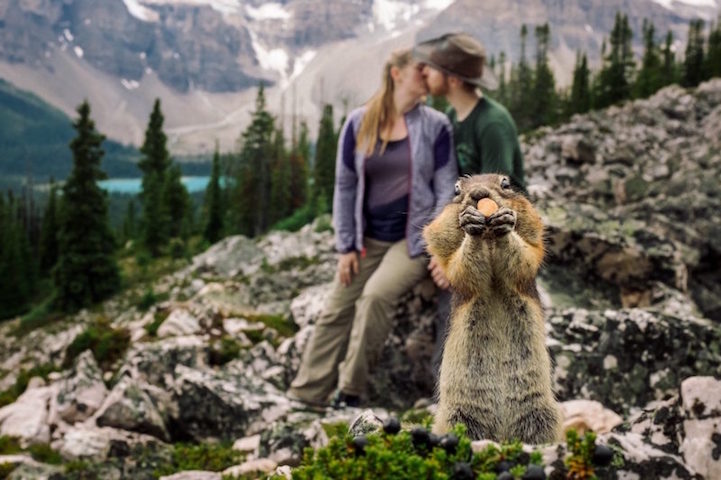 A couple in love should be the stars of their own engagement photo shoot, but for Kelin Flanagan and Spencer Taubner, a four-legged friend stole the show. They chose Banff National Park in Alberta, Canada as the gorgeous backdrop and hired photographers Marcin and Dorota Karpowicz of BDFK Photography to capture their pre-marital bliss. In the midst of snapping pictures, however, a ground squirrel expertly photobombed the frame as it was about to chomp on a delicious nut.

Everyone involved was surprised, especially the couple. “We couldn’t believe it,” Flanagan recalled to The Huffington Post. “We love taking ridiculous-looking photos?I can’t count the number of selfies we have of us making silly faces?and we did not expect that we’d end up with such a funny, wonderful picture out of a more romantic photo shoot.”

The bizarre-yet-hilarious encounter made up for the bad weather that had soured the group’s earlier plans. They had originally intended to hike to picturesque Helen Lake, but the inclement conditions forced them to turn around. “On our way back we saw a nice spot for the photos—a kind of stony area,” Marcin explained. “When we started shooting, the squirrel showed up.”

For those who think this well-timed image could be the work of Photoshop, the photographers insist it’s real, describing their shooting and post-production process: “The aperture was 5.6 in order to see the kissing couple in light blur, but still recognizable,” Marcin said. “I also added the sharpness in Lightroom/Photoshop in order to make the squirrel pop more. I used the Kodak Ektachrome film preset in order to tone down the colors.” Above all, it was the incredible luck of being in the right place at the right time. 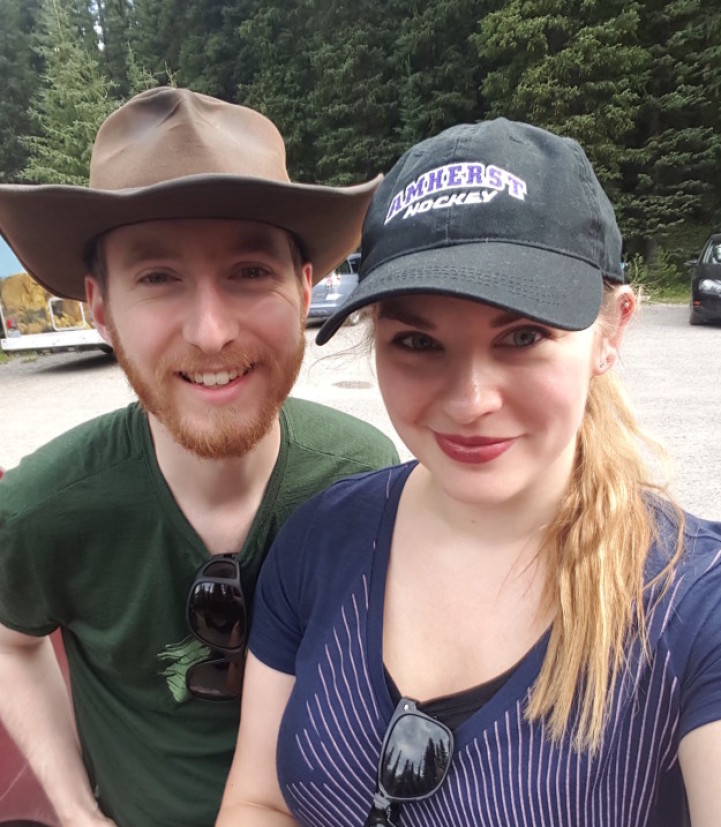 Here are some other, squirrel-less pictures from the engagement shoot: 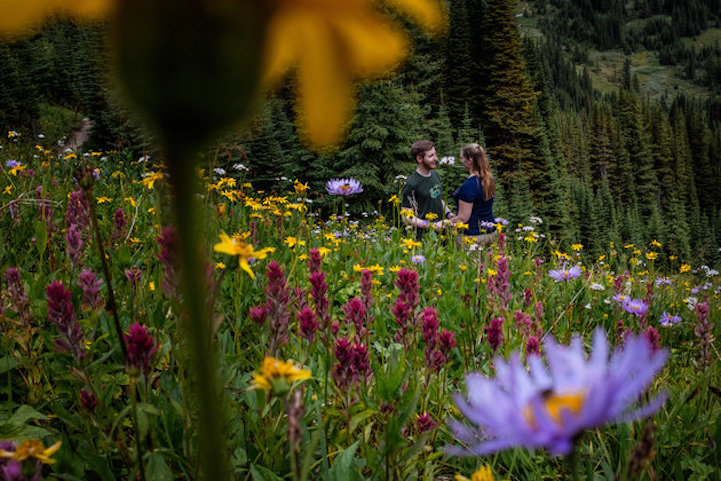 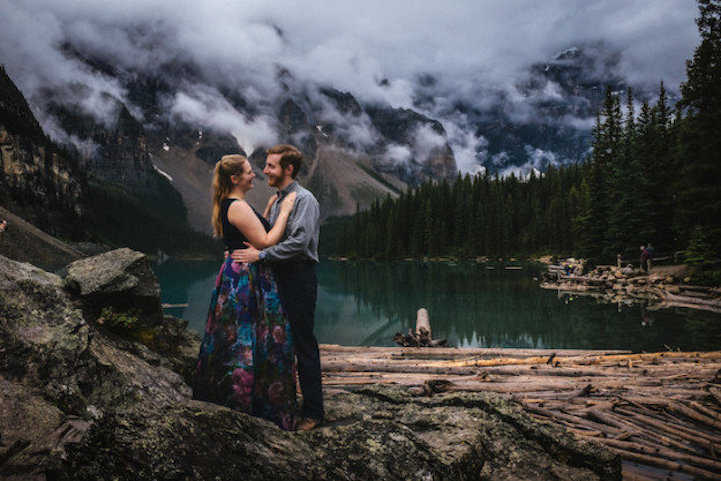 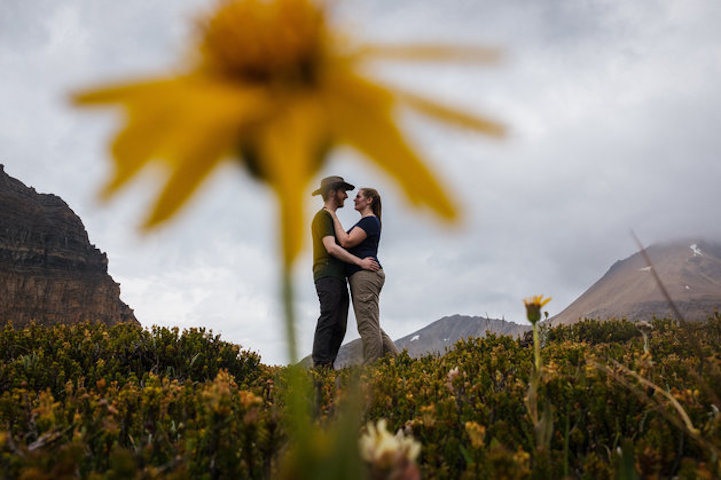 All images via BDFK Photography unless otherwise stated.