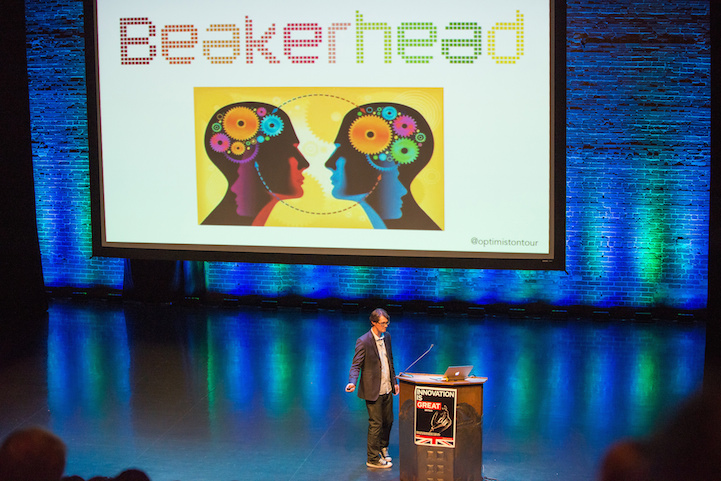 In addition to the stunning art installations at Beakerhead, the annual event brings together brilliant minds from all over the world.  This year, one of the keynote speakers was Mark Stevenson, a London-based British author, businessman, public speaker and futurologist.  He is also one of the Senior Advisers to Sir Richard Branson's Virgin Earth Challenge.

As I sat in the audience during his presentation, I was on the edge of my seat when Stevenson brought up two topics that we often feature on My Modern Met – renewable energy and 3D printing.  He envisages a world where renewable energy (such as solar panels) will one day will be so cheap for all, people won't need to purchase it.  This could prove highly impactful for countries that host a high percentage of those in poverty, who can't afford energy.  And these days, so many our modern appliances run on electricity.

Coupled with the advancement of 3D printing technology, people will be able to create for themselves all types of products they need, instead of going out to the store and buying them.  This in turn, will not only increase the productivity and resources from those most in need, it may decrease the income disparity that is so very prevalent in the world today.

When I had the opportunity to personally speak with Mark, one of the real world examples he brought up was food waste. So much of the world's food is wasted because of the lack of refrigeration.  If energy was free and people could 3D print their own refrigerators, that could have a huge impact on starvation around the world.  And when people have enough resources to provide for themselves and their families, this could possibly even lead to a more peaceful future, with less violence and war.

As he states in my interview with him, below, nothing is certain, but I do believe that these are some really poignant questions to be asked right now.

And this is where Beakerhead really shines.  They are courageously pushing boundaries and are completely unapologetic about it.  They look past challenges and know that all the work they do is worth it for the greater good.  And that's exactly the type of vision that I not only support, I believe it's changing the world. 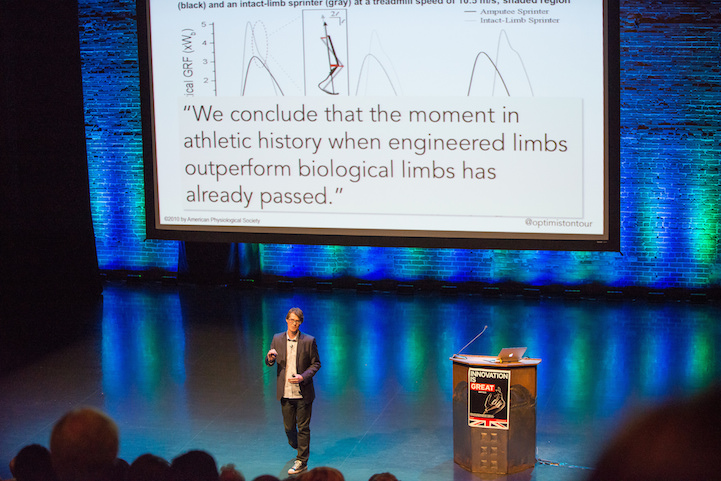 How was your experience at Beakerhead and how would you describe the movement?

It's a celebration and a melting pot of human creativity, energy and problem solving – that destroys the lie that the cultures of art and science are at odds… If Pablo Picasso and Leonardo Da Vinci formed a band with Stevie Wonder it couldn't have been better. The greatest thing was the serendipity. You couldn't turn round without bumping intro someone, or something that was surprising, invigorating and challenging – in all the right ways.

In a world where everyone has access to free renewable energy and technology like 3D printing, how do you see that changing the world, particularly for those in poverty?

It's impossible to predict but the aim is that the idea of poverty almost disappears. If we live in a world of abundant energy all bets are off – the norms and power structures we have today will seem archaic. The march of history suggests that the more access people have to each other, resources and power the more peaceable and tolerant they become. The definition of wealth will also morph – those who want influence will be growing their social capital as much as their bank accounts.

What is the most vital thing a corporation can do to shape a better future?
Change its culture to realize that the economy and all it's operations are, as Gaylord Nelson said “a subsidiary of the environment.” While at Beakerhead I met Suzanne West, CEO of Imaginea Energy Corporation – who wants to create the world's first environmentally positive oil and gas company. With that ambition in the ring nobody else has any excuse.