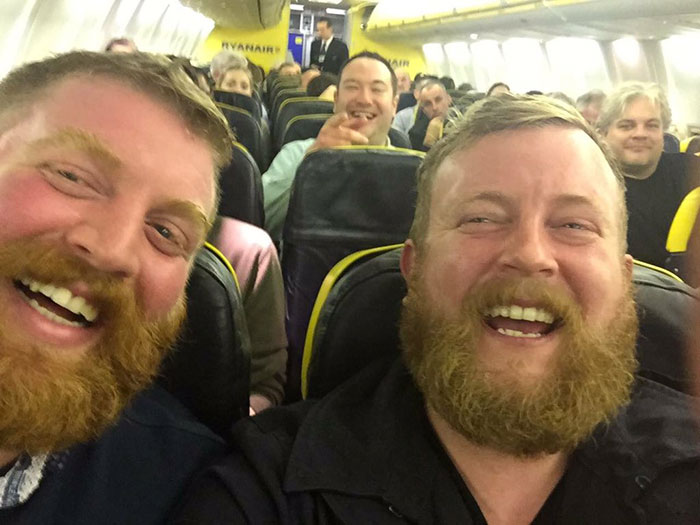 It's said that everyone has a doppelgnger, but we rarely come face-to-face with this mirrored version of ourselves. If it happens, however, it's quite the surprising sight, as two men recently discovered. On a Thursday evening flight from London to Galway, two bearded strangers quickly realized they shared the same looks. Neil Douglas boarded the plane and was shocked to find his “identical twin” sitting in his seat. Robert Stirling, the doppelgnger, had mistakenly sat in the wrong place, but instead of Douglas asking him to move, he thought, “Holy s***, he looks like me,” and sat down. The two took the next logical step–they took a selfie and shared the image on Twitter, where everyone went wild over their uncanny likeness.

As it turns out, the flight was just the start of their twinship… 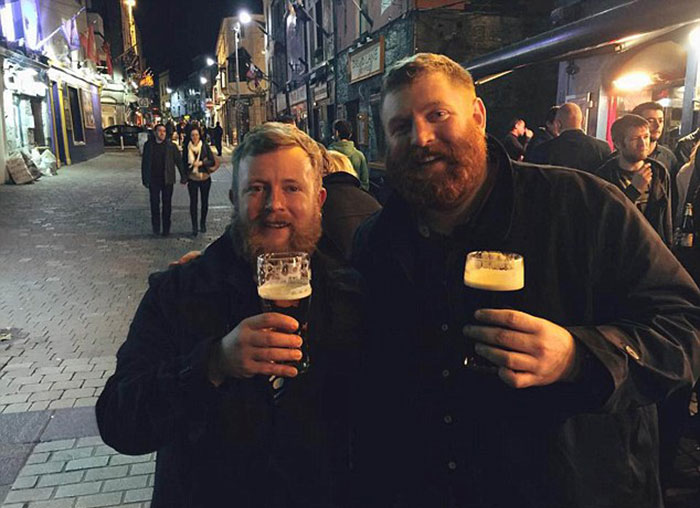 “I later checked into my hotel in Galway to find my doppelgnger checking into the same hotel ahead of me,” Douglas told Daily Mail. 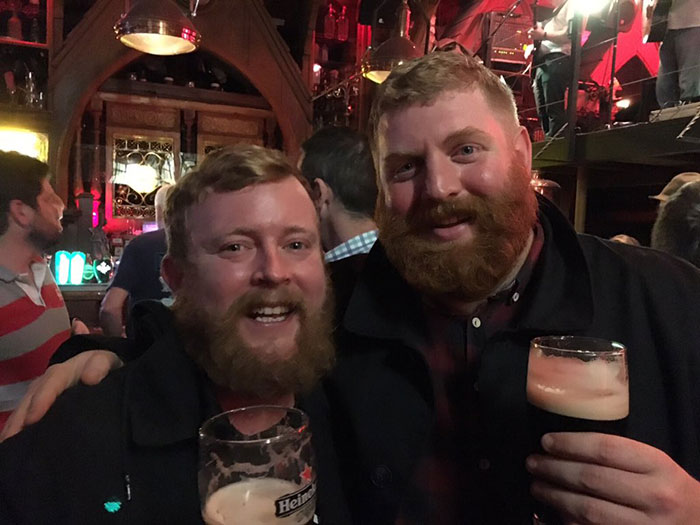 “We ended up socializing and quite a few people pointed out that we looked very similar,” Douglas further explained to Daily Mail. It goes to show that your doppelgnger might not be halfway across the world, but on your next flight!