It's hard to believe that it's been over nine months since Japan's massive earthquake that not only triggered a devastating tsunami but also severely damaged the Fukushima power plant, which resulted in the world's worst nuclear accident in 25 years. While recent headlines state that the dilapidated power plant is now stable, everyone seems to agree that the crisis is far from over.

As an expression of their support for the people in Fukushima, artists Kyosuke Nishida, Brian Li, and Dominic Liu have come together to create a beautiful 3D typographic poster called Words Can Fly. The poster represents the hope that words can encourage people during the most difficult of times.

Most breathtaking are the colorful origami birds that seem to be bursting out of the poster.

“This design was inspired by the Japanese traditional custom, Senbazuri, which means a group of a thousand origami cranes. It is customary to fold these cranes to wish someone luck,” the artists state on their website. “We wanted to pay tribute to this custom through the process of constructing the paper sculpture.

“The words on the poster were inspired by the instant encouragement and consoling words that Japanese people were able to receive just after the tsunami and earthquakes hit Japan, through social networking services such as Facebook and Twitter.”

The project took several weeks to complete. Brian Li, one of the art directors, shared with us some extra “making of” photos at the bottom of this post so that we can see how it all came together. 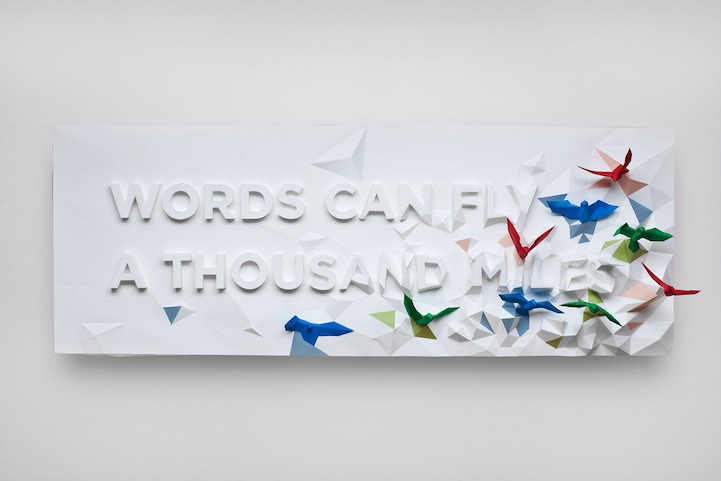 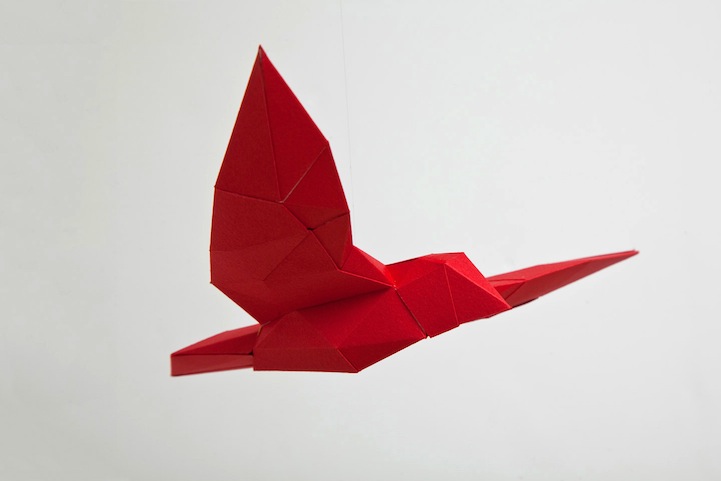 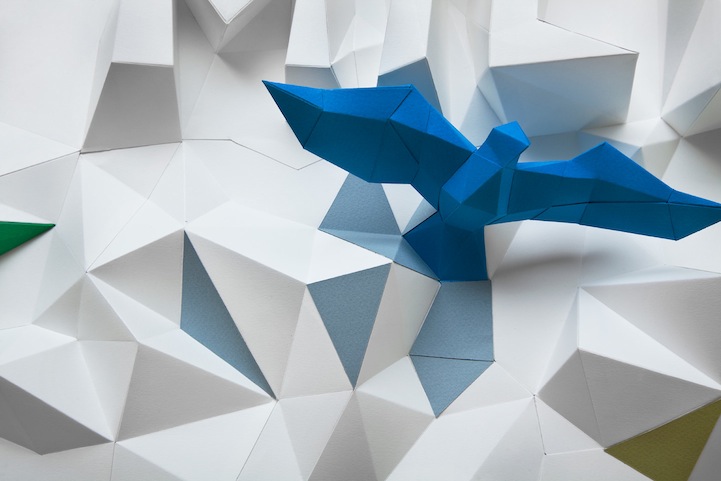 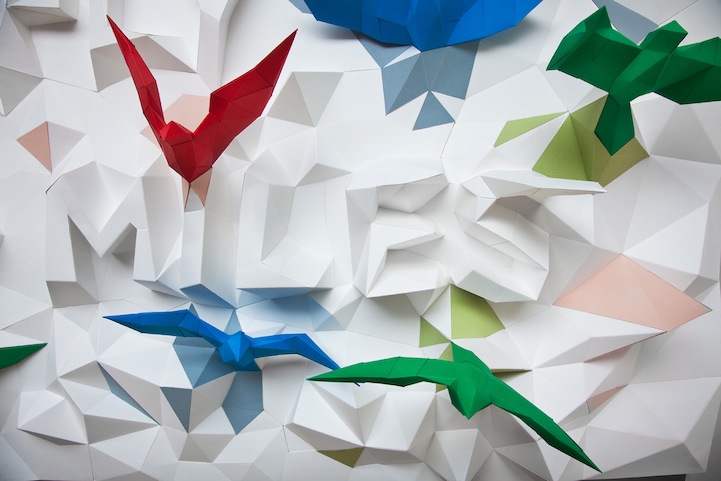 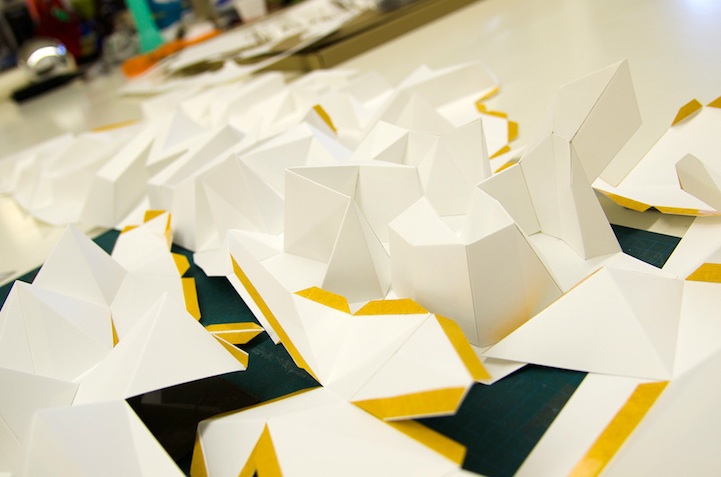 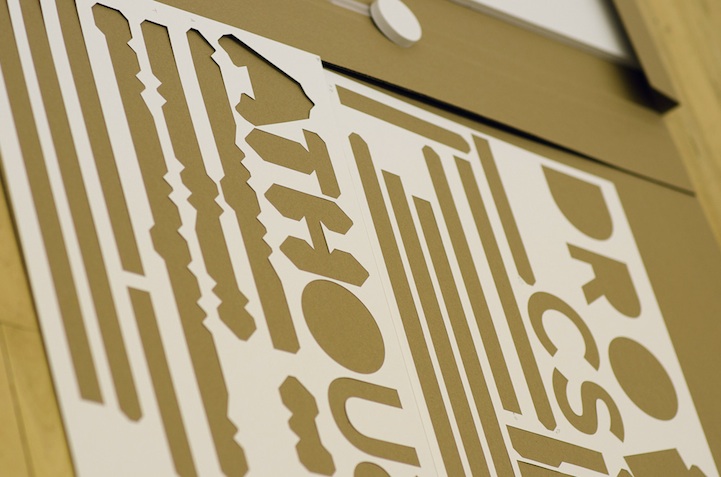 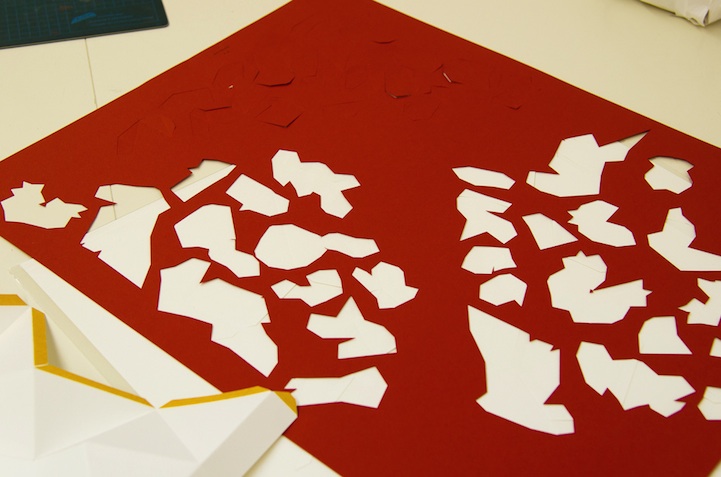 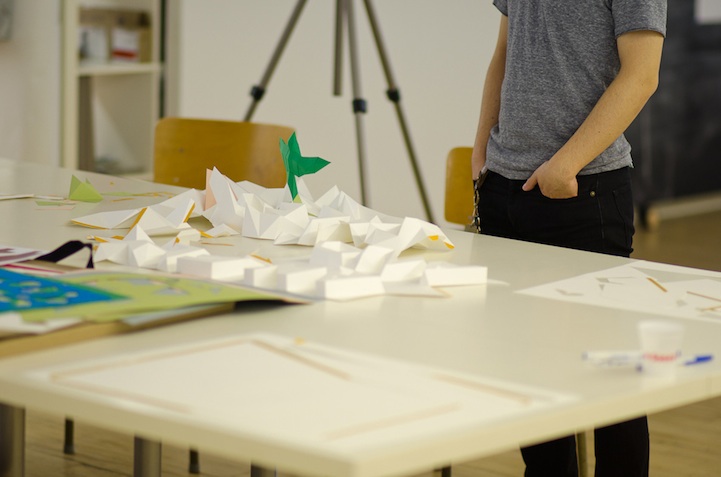 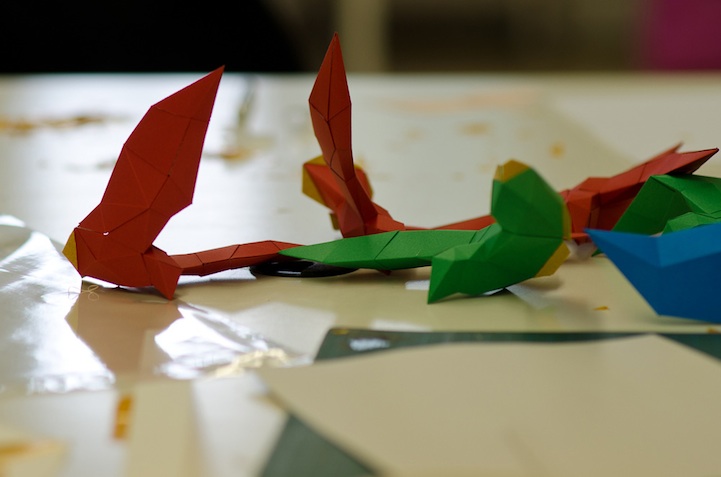 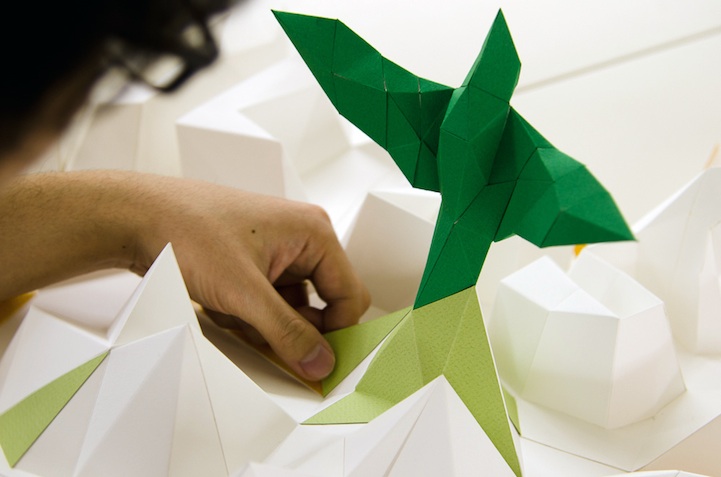 You've just got to love beautiful, inspiring and creative projects like this. (If this 3D typographic art looks familiar, that's because this team is also the ones behind the project entitled Still Life Comes Alive we posted about here.)