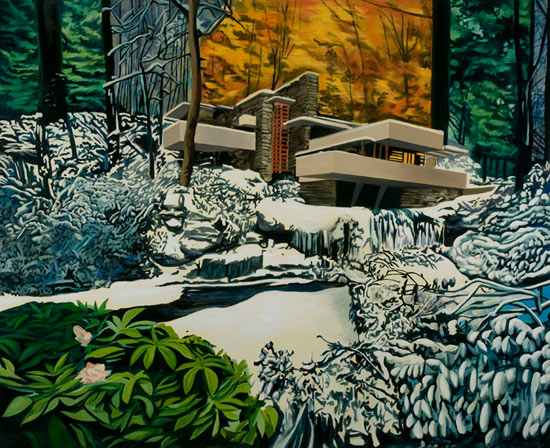 I like these large-scale oil paintings by Belfast born Eamon O'Kane. In his first New York solo exhibition, entitled The Architect's House, Eamon's pieces explore his fascination with architecture and landscape. According to the artist, “Society traps us with our desires.” For O'Kane, a home is not just a home, and green rolling hills are not just green rolling hills – they become symbols of a precarious scenario where utopia apparently is within reach but actually is on the verge of being obliterated by a disturbing presence that seems to be lurking just beneath the surface. 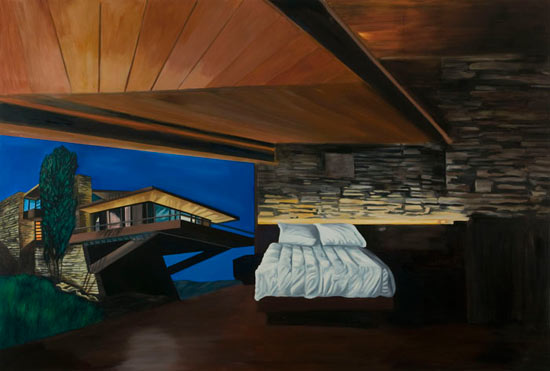 In Lloyd Wright's Dream, we are presented with an interior of a building by Frank Lloyd Wright that recently was completed, many years after his death. From the window of the room one can see the isolated, precariously perched “Vandamm House” from Hitchcock's North by Northwest, which was a fictional building imagined by the film's set designers but based on Wright's architectural style. 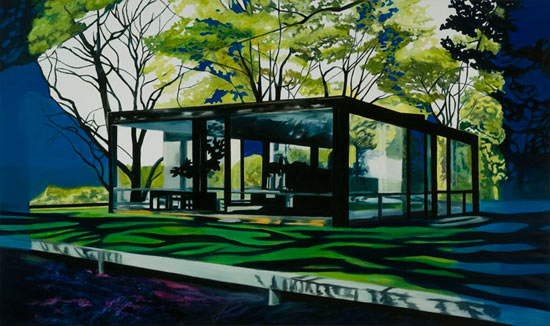 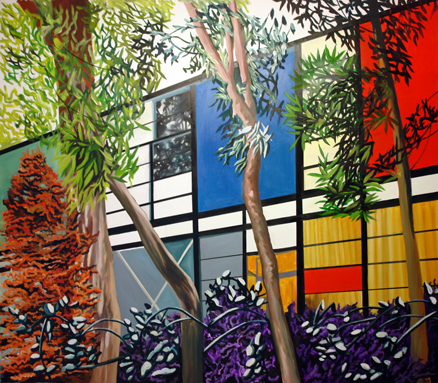 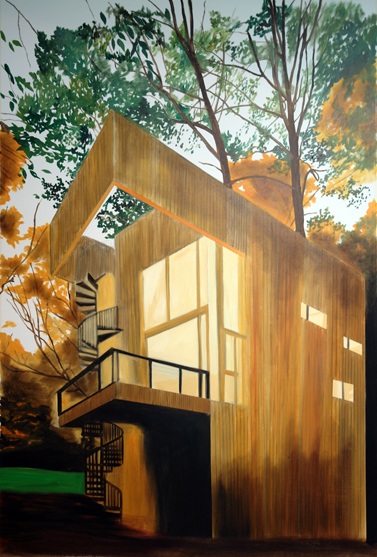 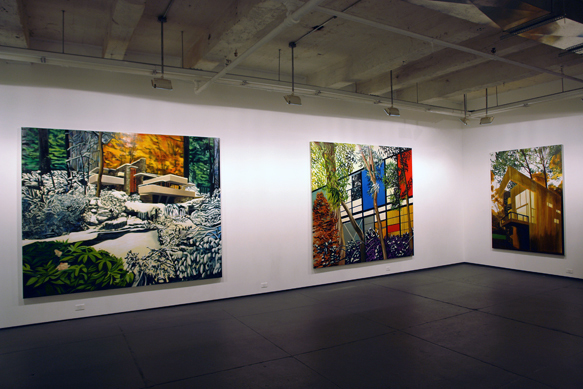 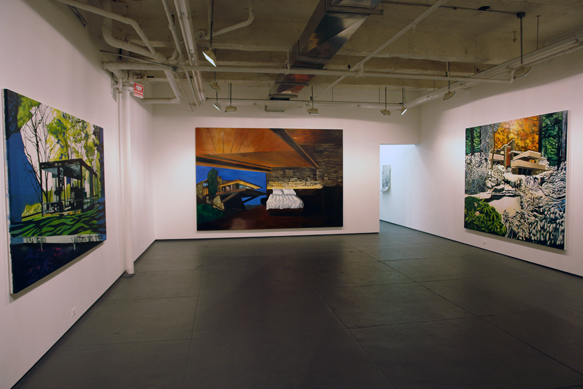