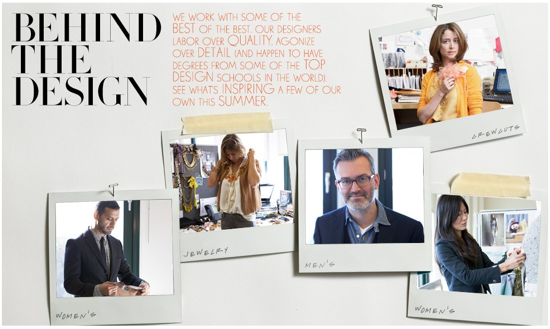 Set your DVRs! If you love J.Crew as much as me (that includes you Kristin!) you'll want to check out this special on CBS' Sunday Morning show. “After being in and out of J. Crew offices for over a year – a lot longer than it takes to put together a women's collection – CBS' “Sunday Morning” has finished filming the company and its chief executive officer Millard “Mickey” Drexler and is ready to air the final product. Host Serena Altschul and producer Ramon Parkins got behind the scenes to cover meetings, photo shoots, store concept walk-throughs, and some of Drexler's lighter moments, including his daily bicycle ride through the headquarters. Also filmed are Drexler's trademarked off-the-cuff loudspeaker “pages” where he communicates developments to the entire staff, and an interview with the ceo on the construction site of the J. Crew men's shop opening in SoHo near Topshop on Tuesday. For those on the west coast that's 7a-8:30a on CBS. Can't wait! And for those of you who are more Anthropolgie than J.Crew, make sure to check out their behind-the-scenes video at Adobe's website. {Source: WWD}