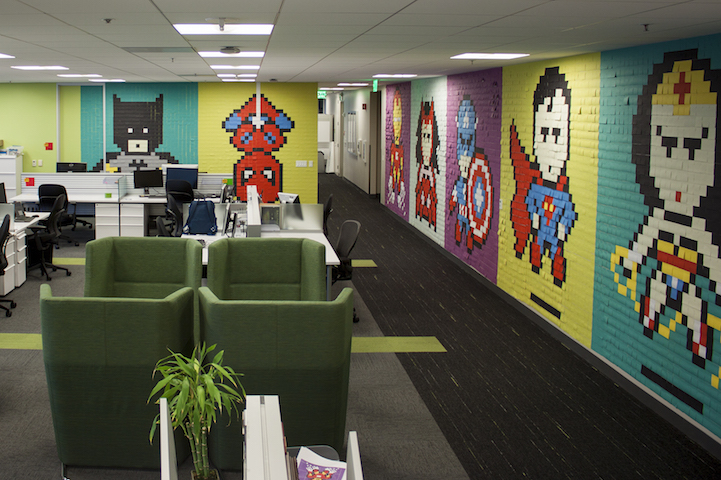 Ben Brucker's office was a sight that many of us are used to – rows of desks with boring, drab walls. Even though he works at a creative agency in San Francisco, decor-wise, the space left much to be desired. That's when the graphic designer had a fantastic idea to liven up the office. After brainstorming with his boss, they decided that portraits of superheroes would grace the walls. And because they didn't want to paint (it would annoy the building facilities department), Post-it notes were their solution.

Brucker used Photoshop to produce playful, pixelated versions of superheroes like Wonder Woman, Batman, and Iron Man. This helped him visualize how they'd look in Post-it form, and it also gave him a blueprint for recreating the characters on the walls. All that was left was to get started!

Brucker's office got involved with the project, and people arrived on a weekend to help him install the mural. They started by lining the top row of every character and taped guidelines to keep the grid as straight as possible. It was daunting at first, but Brucker and his team finished the entire thing in one day, working from 10AM to 5:30PM.

In total, the bold designs required 8,024 sticky notes and a budget of about $300. It's a small price to pay for an inspiring set of walls. 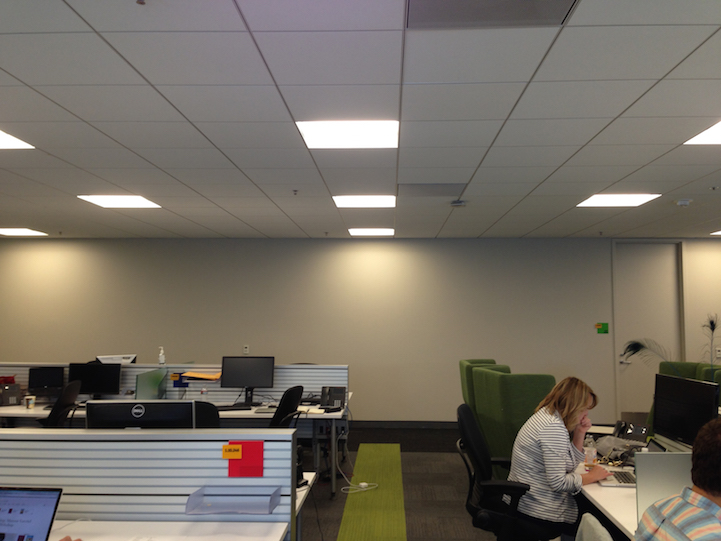 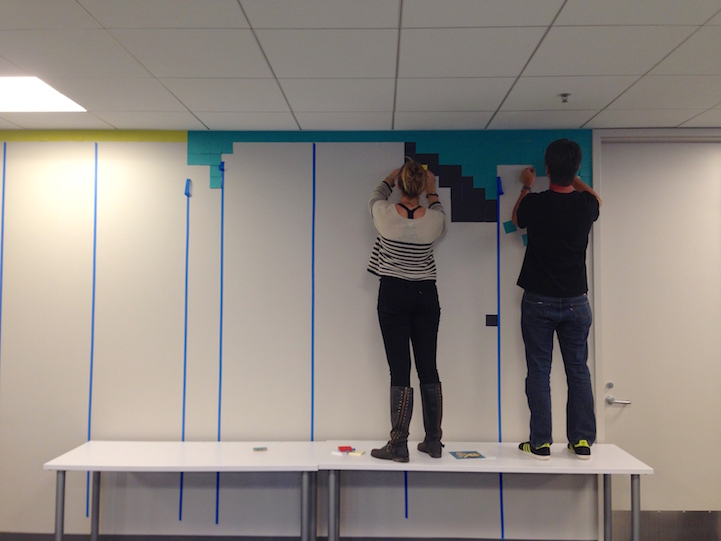 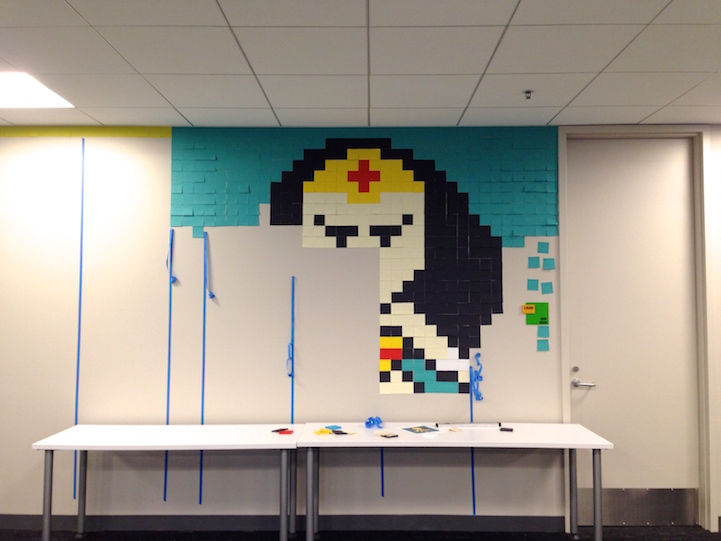 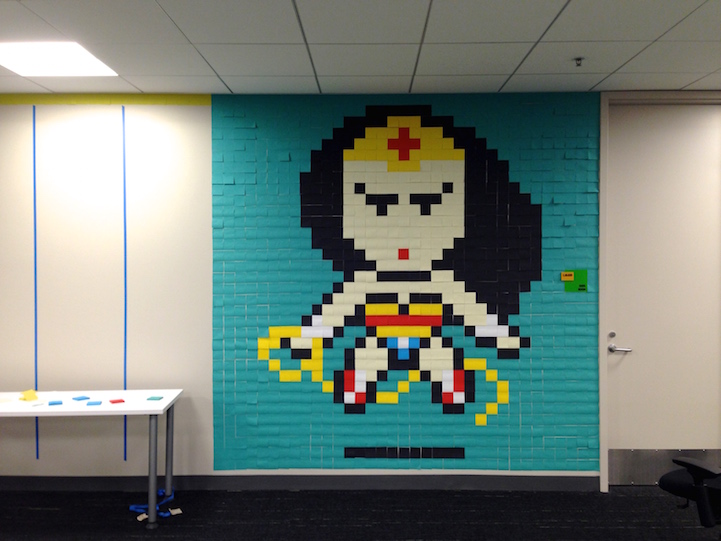 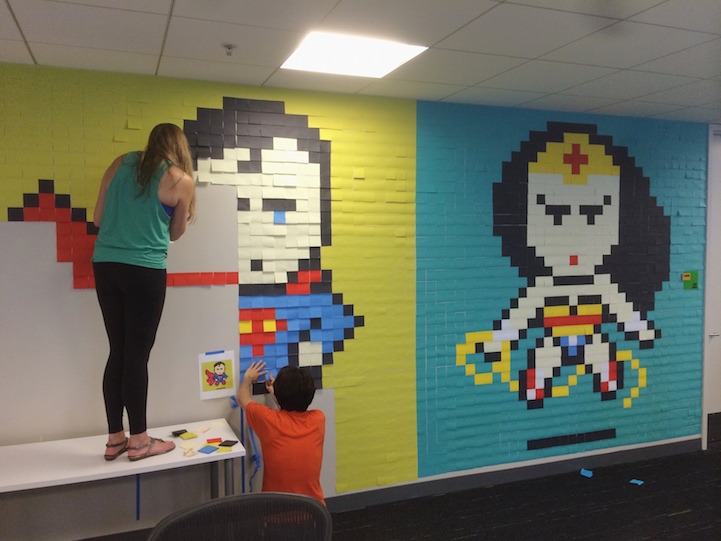 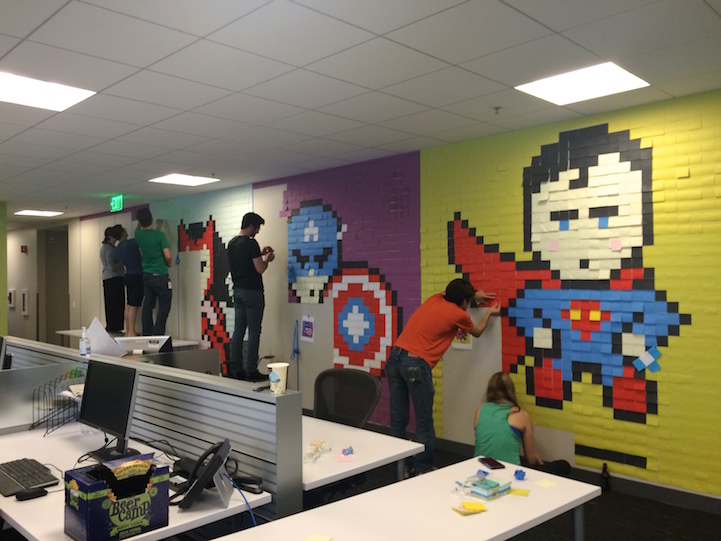 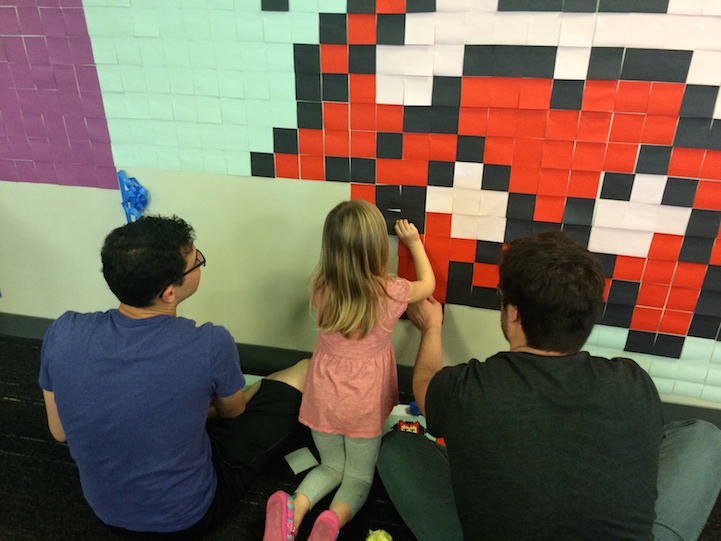 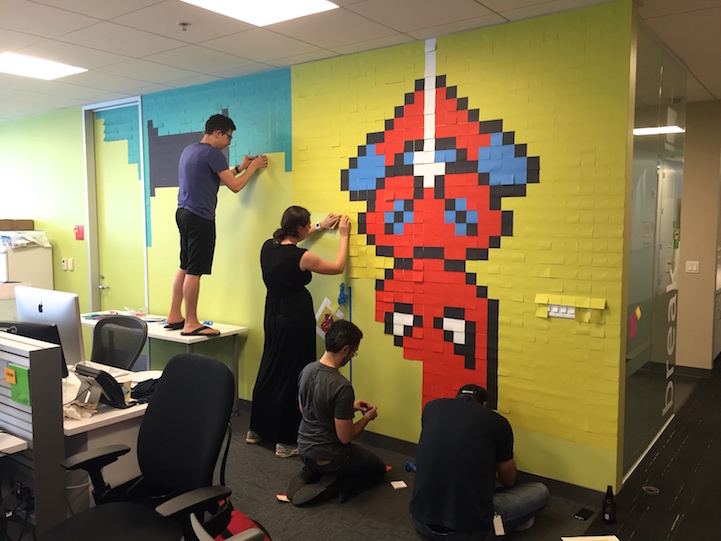 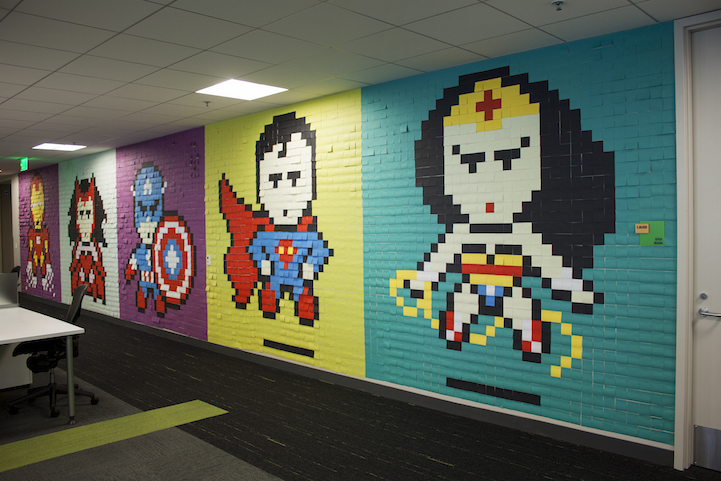 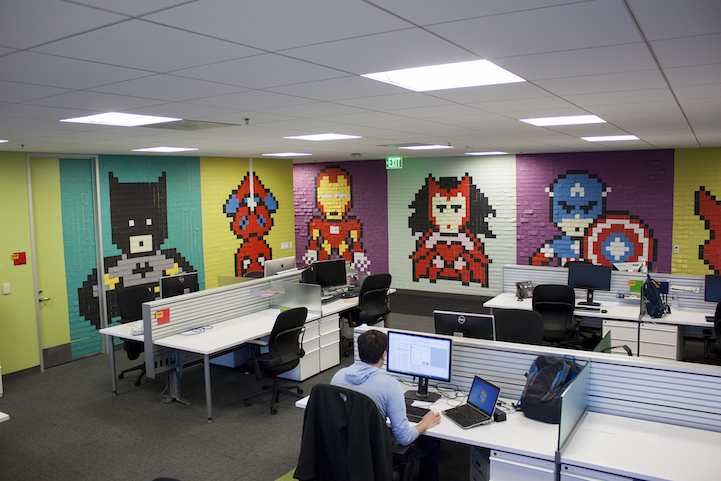 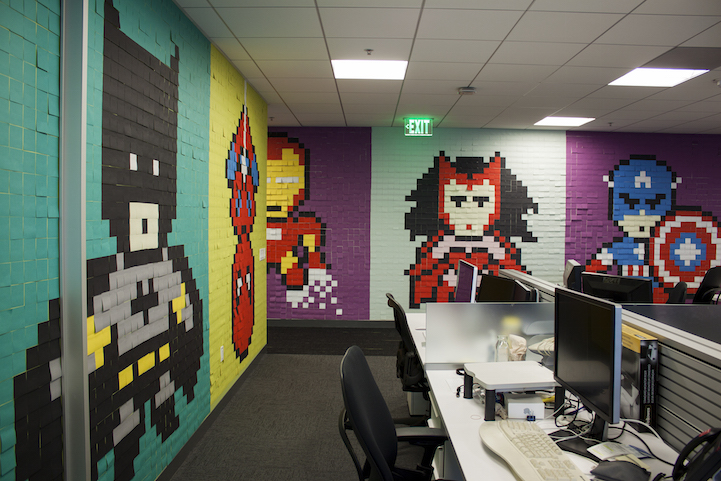