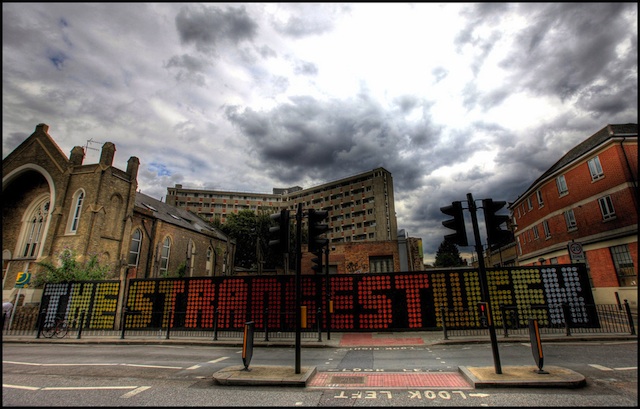 In case you haven't heard, a relatively unknown street artist named Ben Eine was recently rocketed to fame. How? The new UK Prime Minister David Cameron gave one of Eine's paintings to President Obama. As he says, “You wake up one morning as a street artist known to few outside the aficionados of Britain's urban art scene, and go to bed as the man whose work the new prime minister, for his first official visit to Washington, chose to present to the president of the United States.” You can see the piece he gave, here. The work is entitled Twenty-first Century City, and is made up of Eine's characteristic multi-colored letters spelling out those words. But this post isn't about that piece. Rather, it's about Eine and RYCA's recent work in Hackney, East London. Consisting of spraypainted happy faces, the new pieces read, The Strangest Week and Power Up. No doubt in regards to his new found fame and perhaps the recognition of urban street art at even the highest of levels. 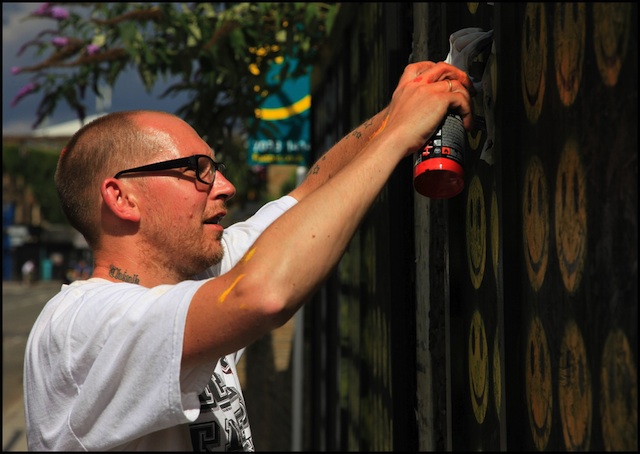 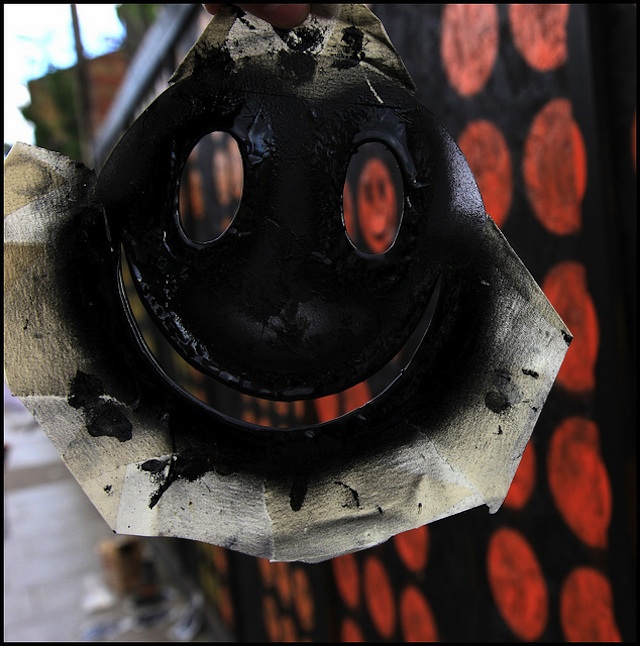 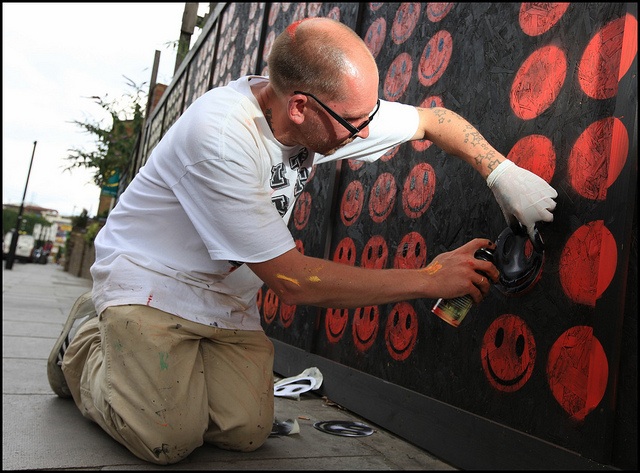 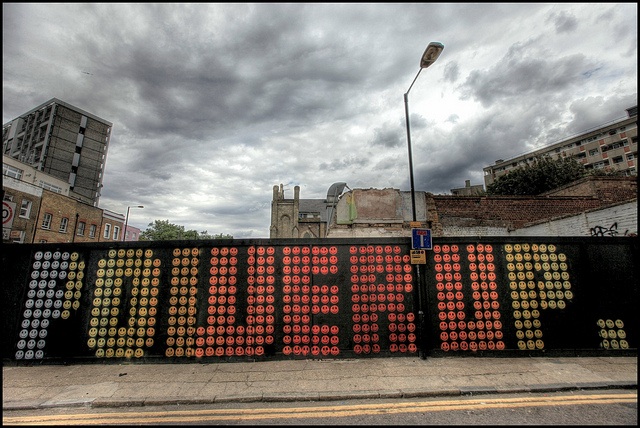 via Art of the State and Ben Eine