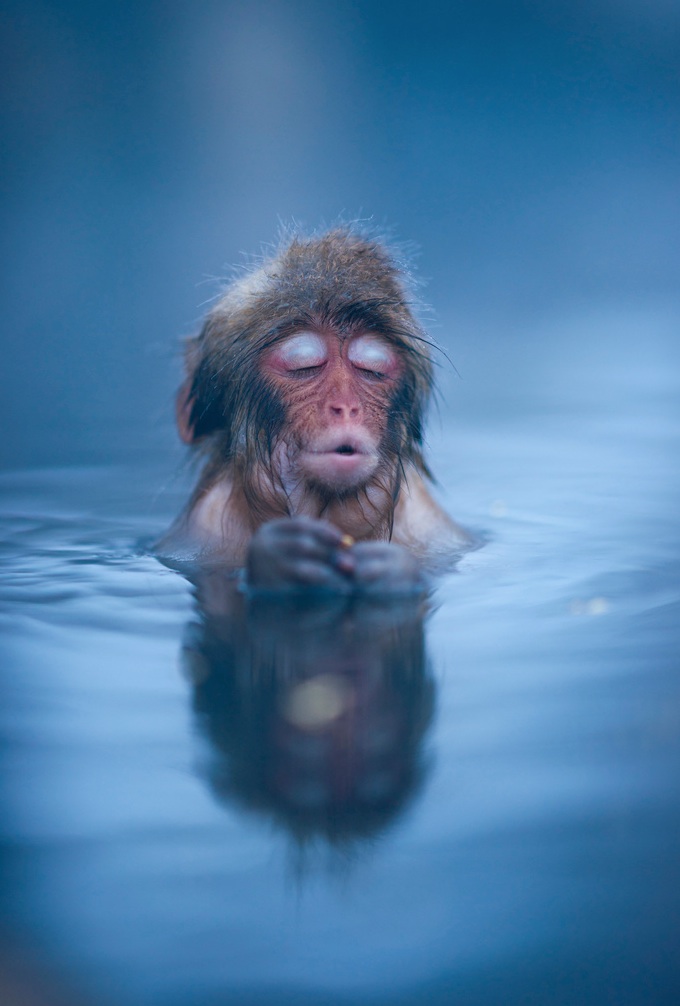 While we've all come to know Ben Torode as the owner of the cutest kitten in the world, you may not know that he also enjoys traveling around Japan to photograph some other adorable creatures. In the winter, he heads to the famous hot springs at Jigokudani monkey park in Nagano to take shots of the Japanese snow monkeys. They make their grand appearance after they descend from the steep cliffs and forest to seek warmth in the natural hot springs.

Torode admits that his favorite photos are the ones that show the monkeys grooming themselves just as if they were humans. “Their hands are extremely delicate and dextrous, they are very social and they are capable of intense concentration,” he told The Daily Mail. “In fact, Japanese macaques spend 27.9 per cent of their waking hours engaged in social grooming, as opposed to just 23.5 per cent feeding.

“While you photograph these monkeys, you are not supposed to stare at them too long with your naked eyes because they take it as a sign of aggression, but they don't mind lenses. The young ones, however, are much more inquisitive about everything, including the humans.” 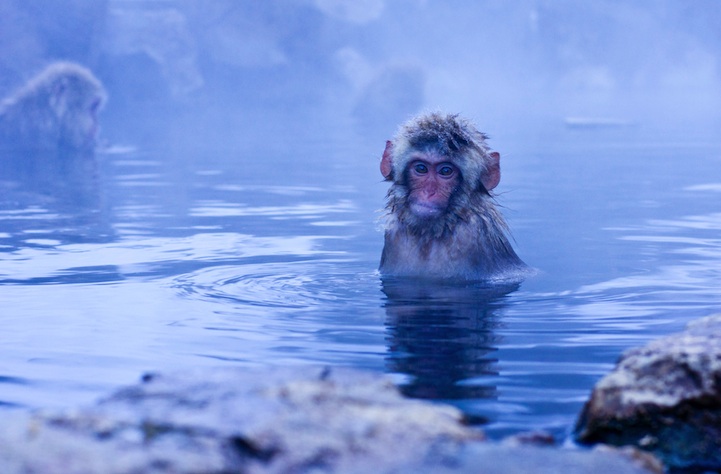 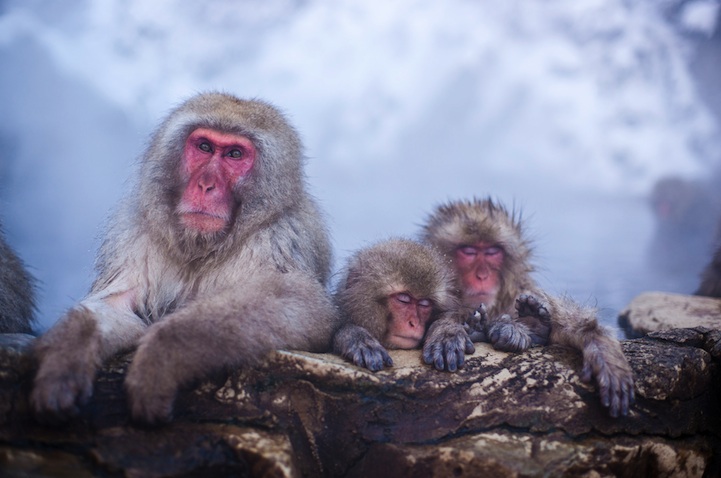 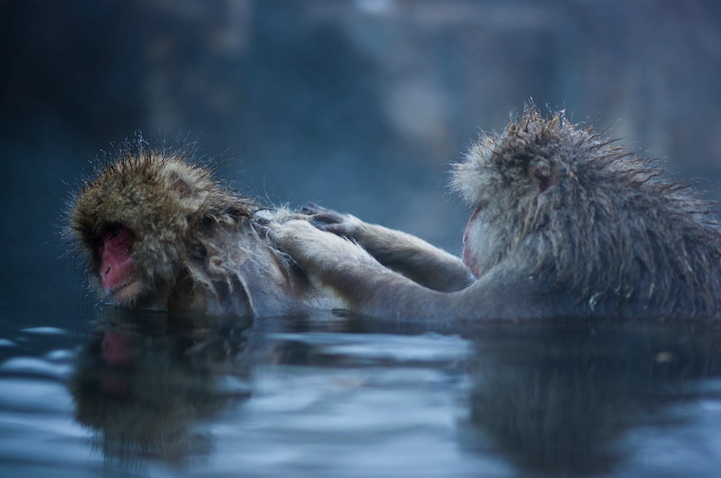 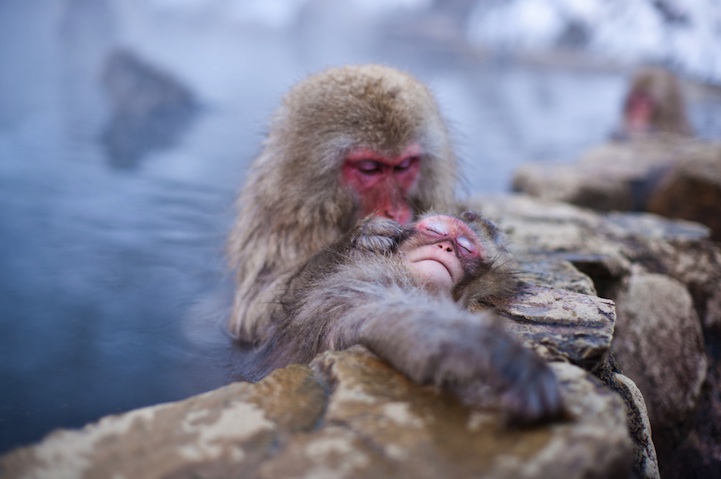 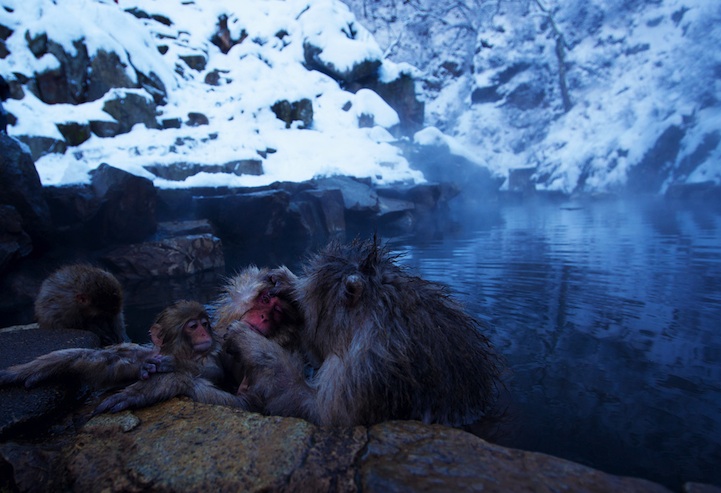 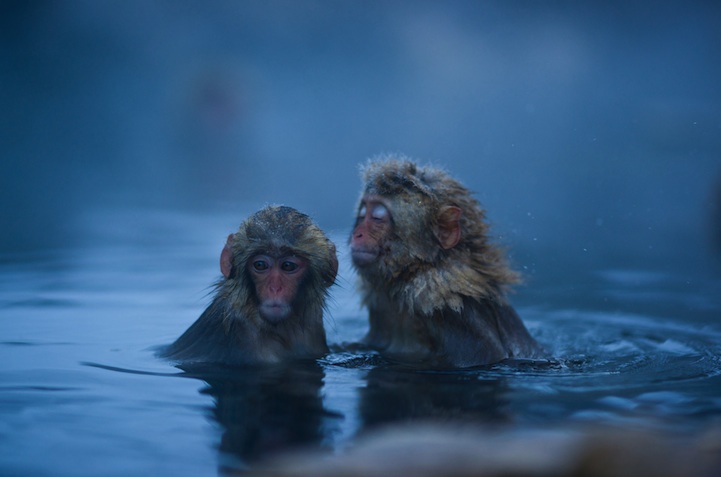 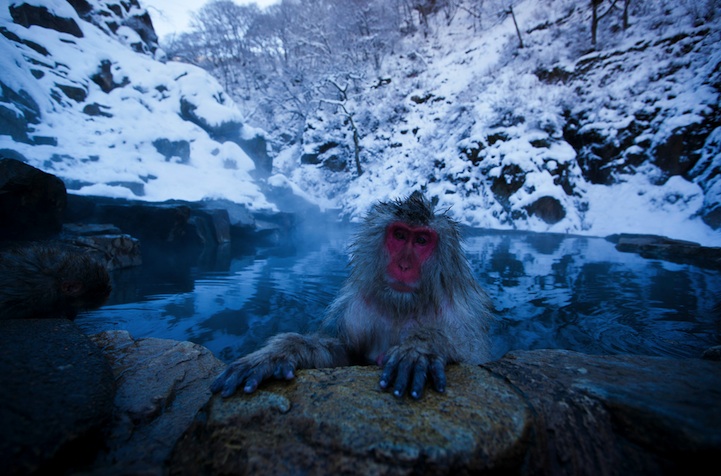 If you just can't get enough of Torode's images, you can purchase them for commercial use via Getty Images.