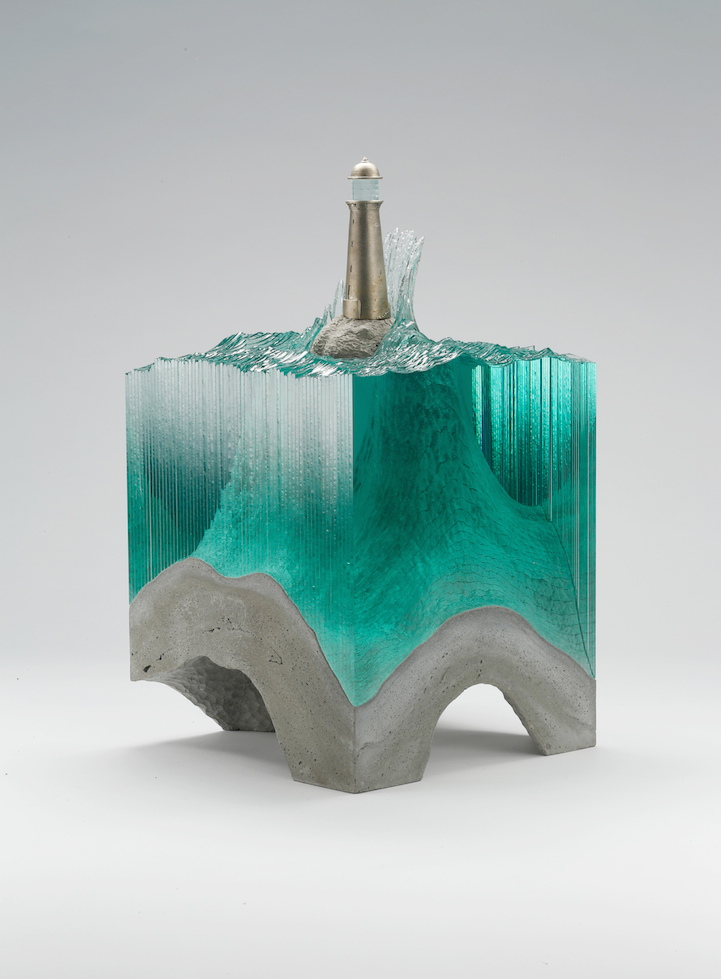 A surfer and boatbuilder by trade, Young is entirely entirely self-taught as a sculptor. Instead of using high-tech machinery, the artist hand-cuts sheets of glass, which he then layers into stunning, translucent formations atop concrete bases to mimic the rippling surface of the ocean.

Speaking of his manual creation process, Young tells Art Media Agency, “I guess the fact that I don't have those skills is a large part of it. In this age of technology it feels like creating something by hand is a dying art; people don't get their hands on things anymore. That's the whole reason I became a boatbuilder; I just like being directly involved in the creative process.” 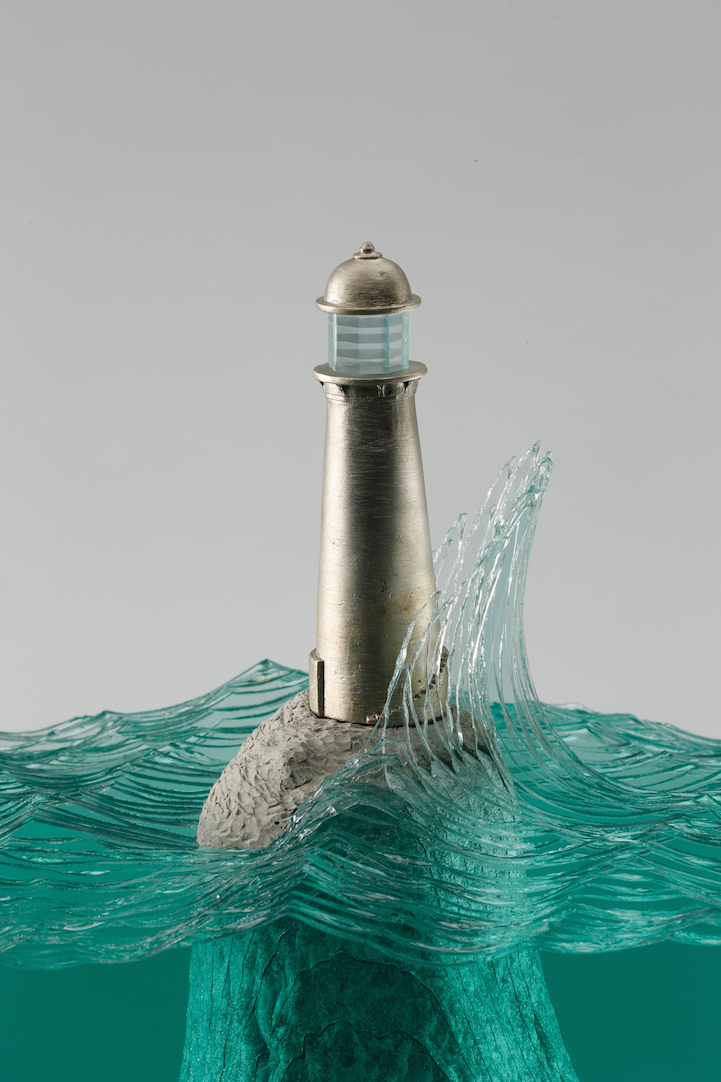 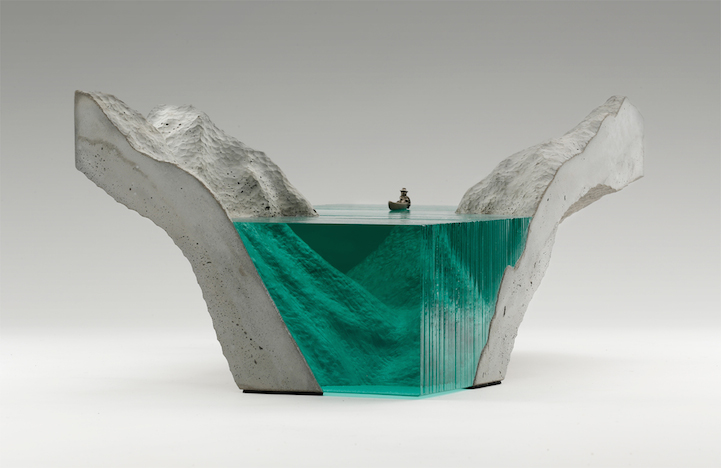 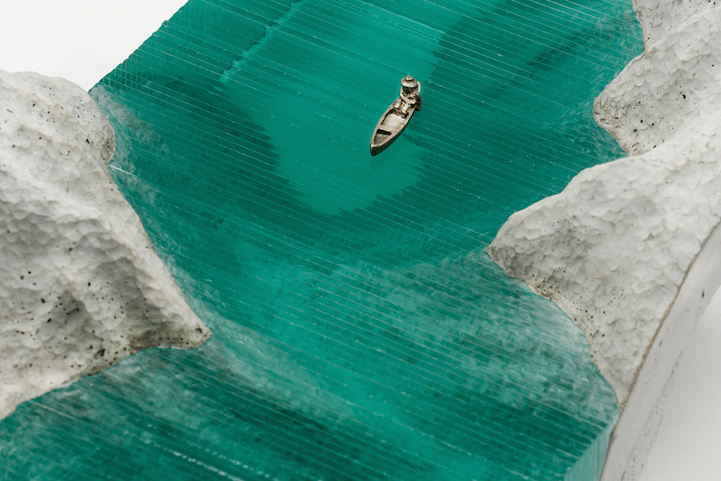 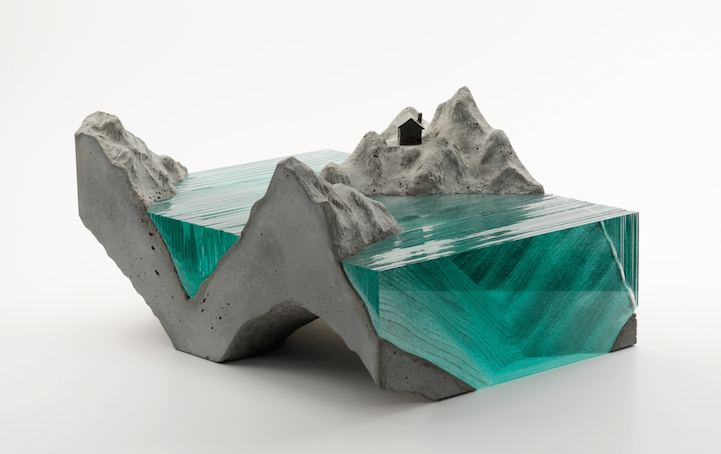 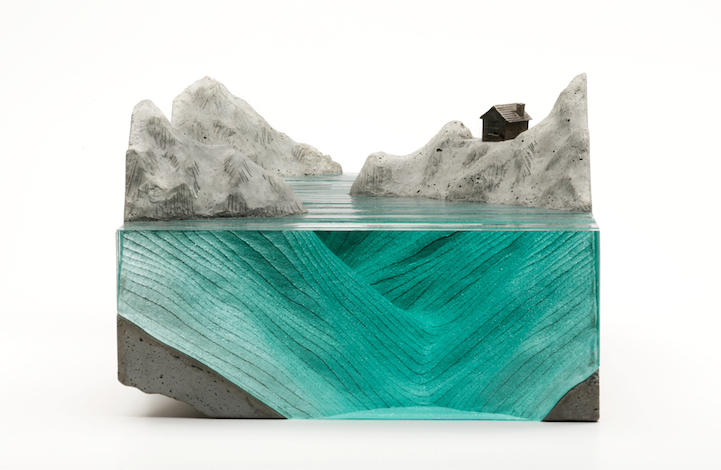 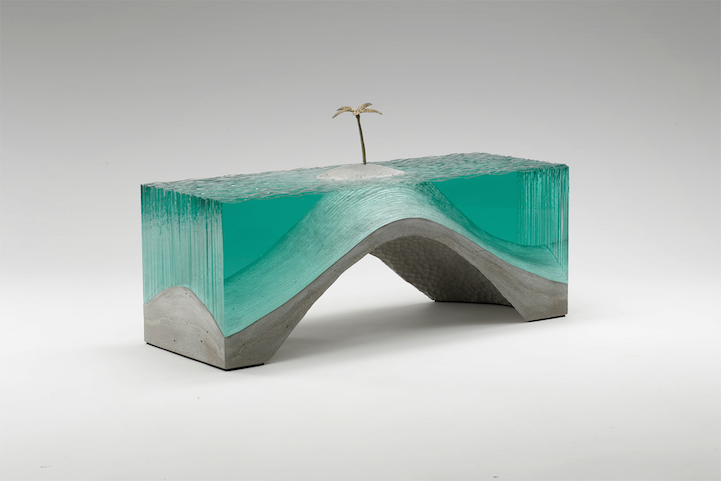 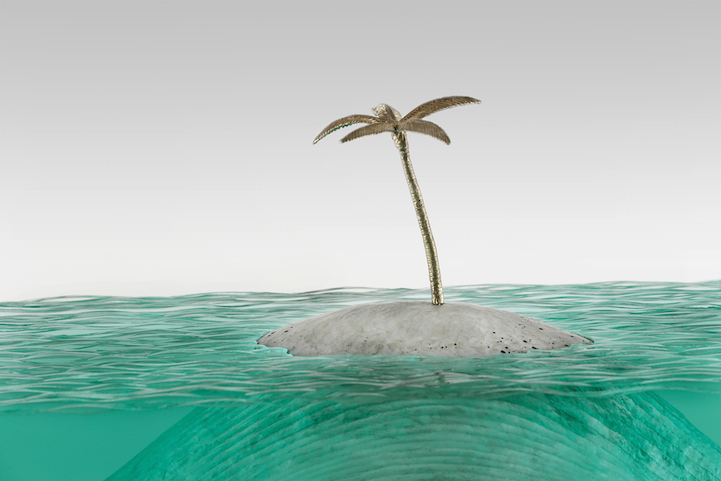 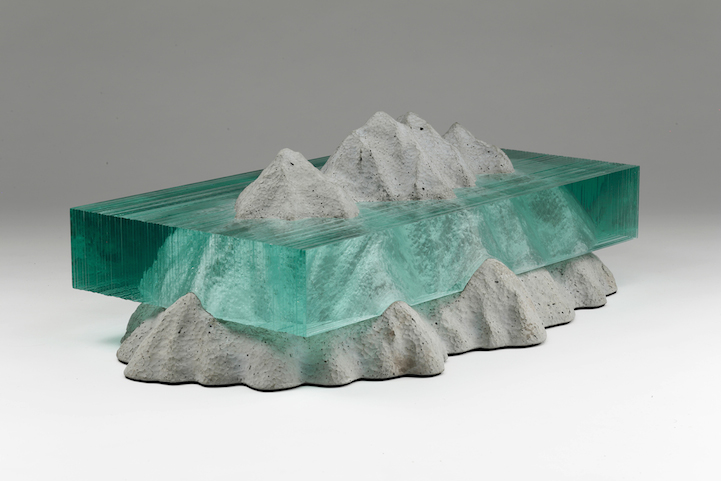 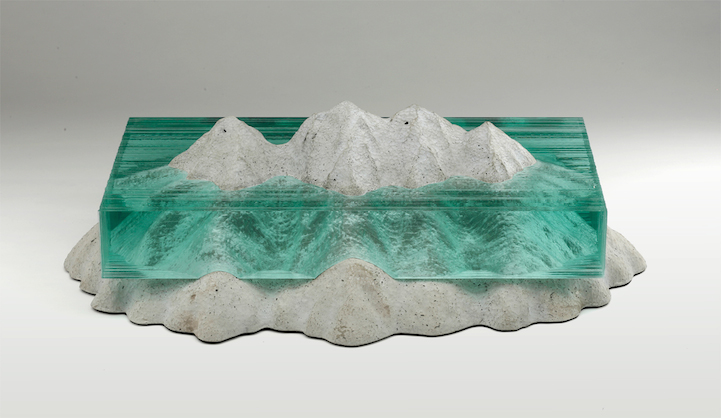 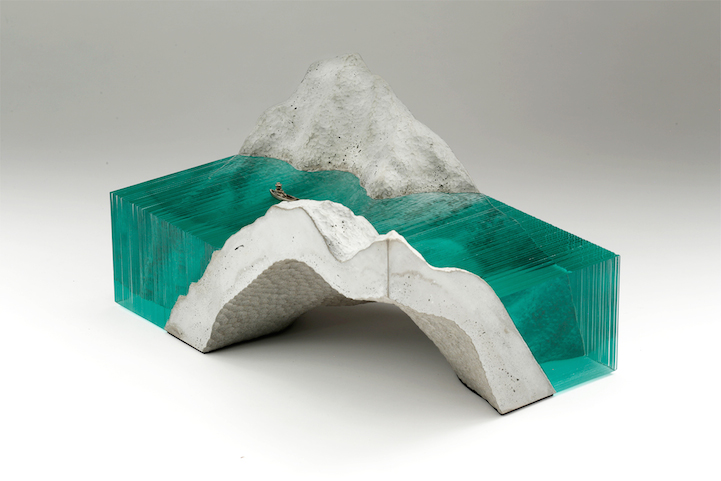