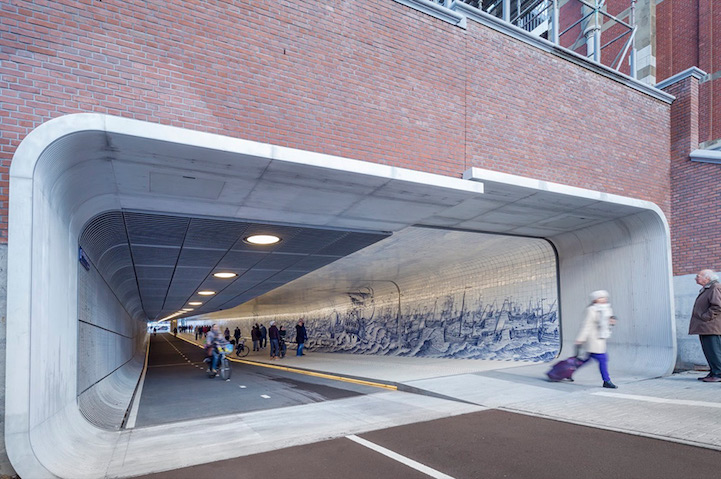 A 361-foot path called Cuyperspassage recently opened in Amsterdam as a way for pedestrians and cyclists to travel from the city center to the IJ waterfront. Now, 15,000 daily commuters not only have dedicated road space, but a fantastic mural to look at as they walk or ride from one destination to the next.

Cuyperspassage was constructed by Benthem Crouwel and features two sides that separate the pedestrians from the cyclists. The darker bike lane has sound-absorbing asphalt and steel grates, while its opposing pathway is wrapped in art designed by Irma Boom. Made up of 80,000 delft blue tiles, it features a fleet of ships as they brave the treacherous seas. The design is heavily inspired by the Rotterdam tile painter Cornelis Boumeester (1652-1733), who created a tile panel depicting the Warship Rotterdam and the Herring Fleet.

Commuters see the illustrative tile painting during part of their trek through the tunnel. Eventually, the ships fade away and gradually emerge in an abstract, pixelated design. This shift has a symbolic meaning–on one end of the tunnel is the historic Amsterdam and at the other is the newer part of the city. 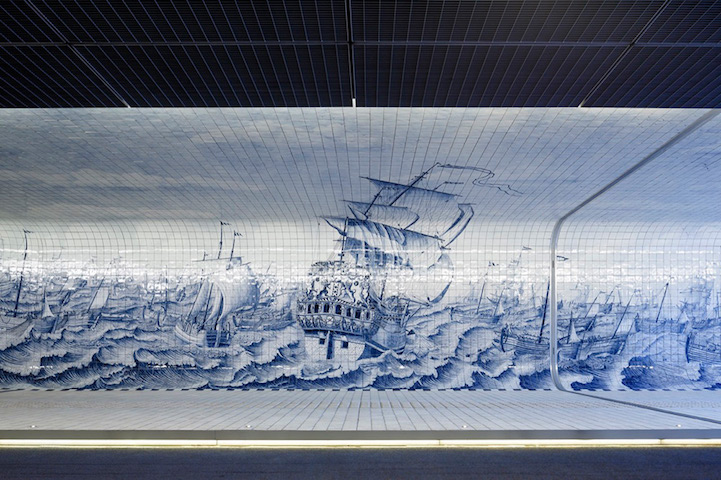 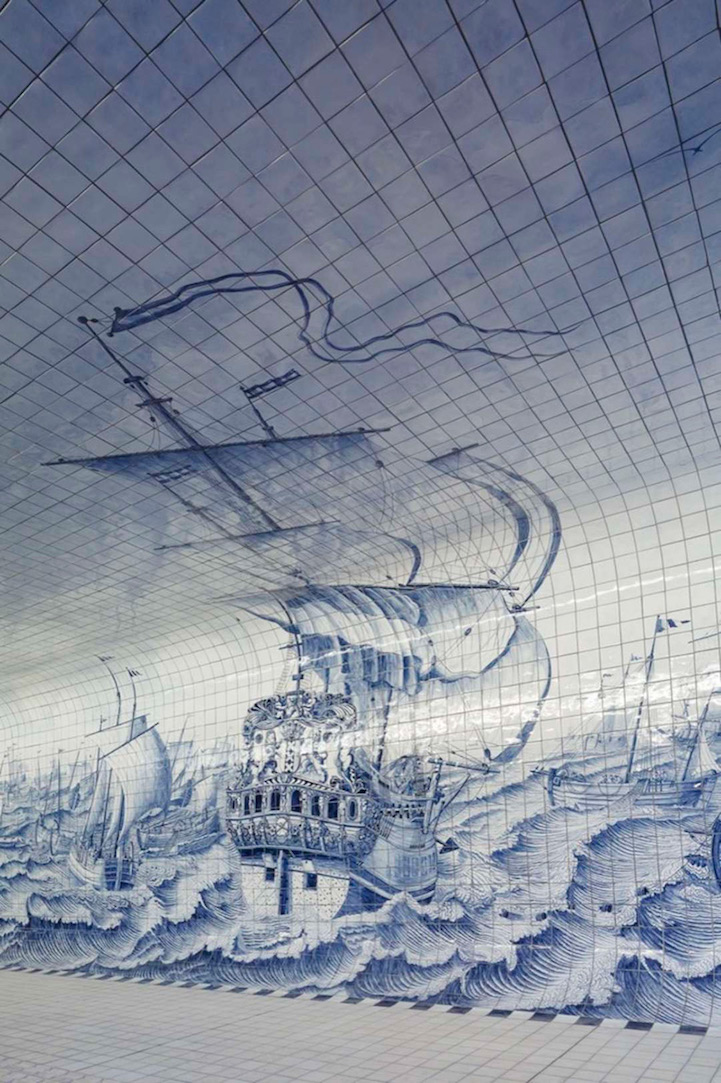 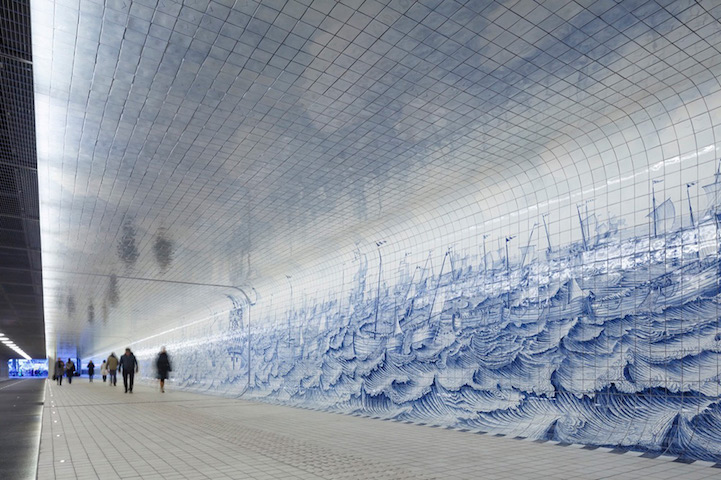 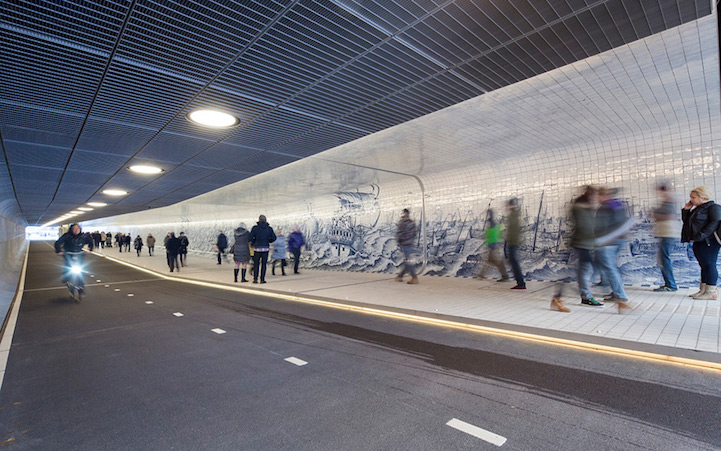 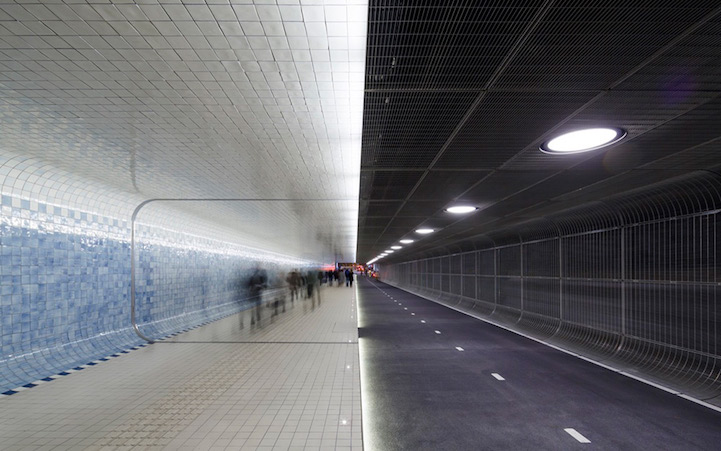 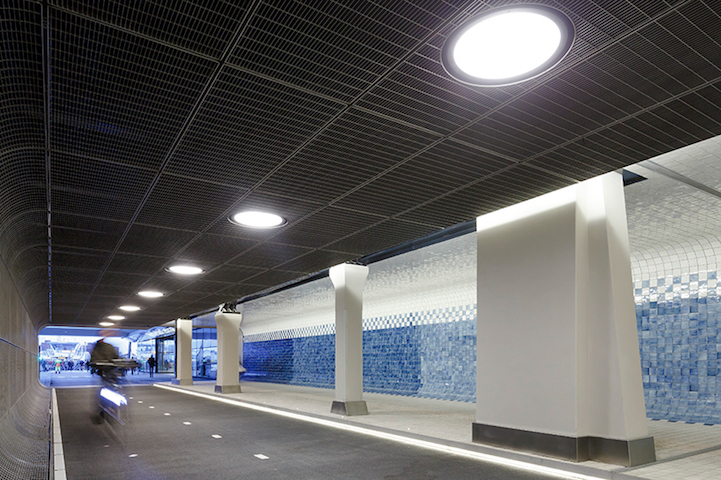 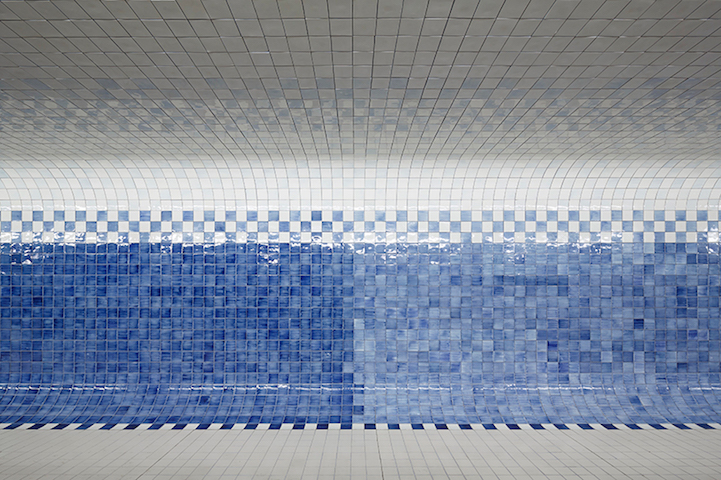 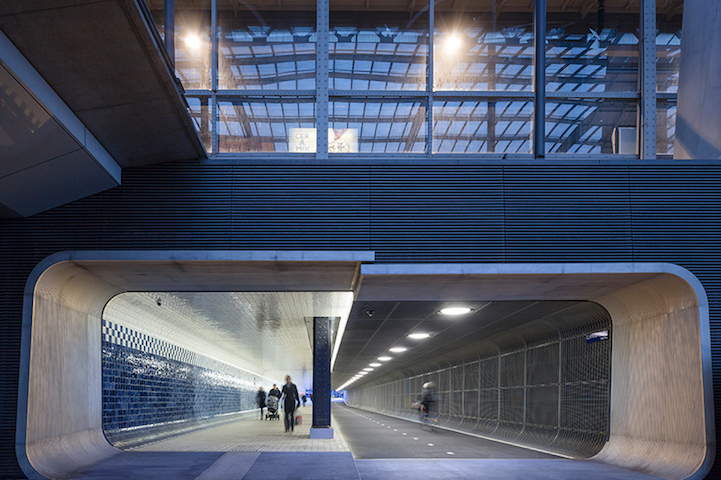