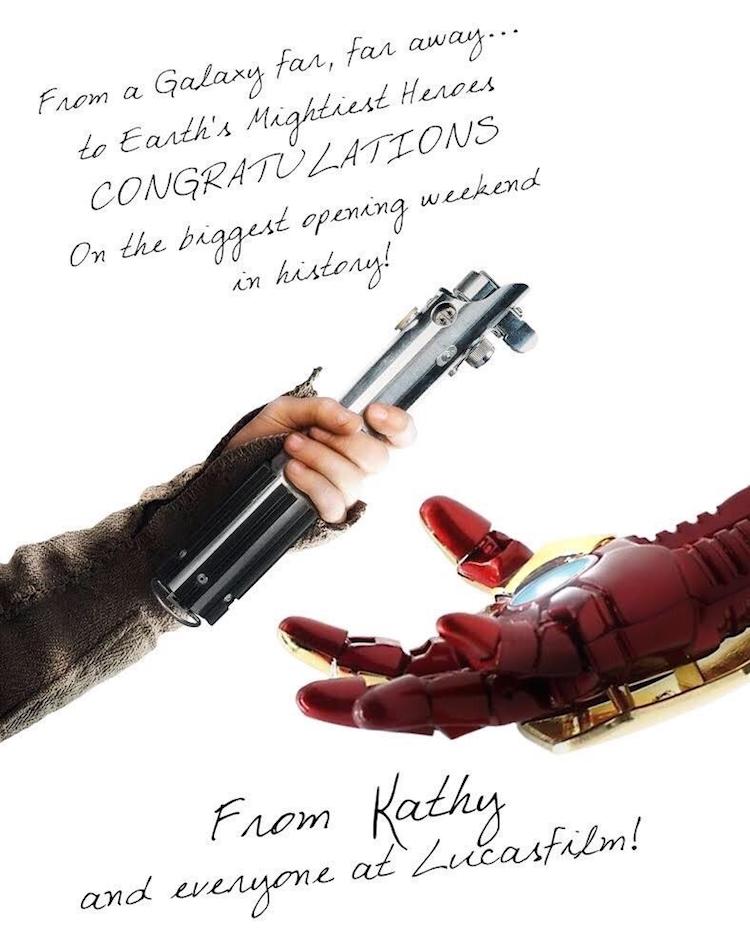 The latest Marvel film, Avengers: Infinity War, hit theaters this past weekend and was a smashing success. Just how well did it do? Officially, the movie had the biggest opening weekend of all time. In North America, the film made $250 million, beating the previous record holder, Star Wars: The Force Awakens’ $247.9 million. The achievement certainly hasn't gone unnoticed, especially by Lucasfilm, who congratulated Marvel Studios on taking the top spot.

Lucasfilm passed along the sentiments in a heartfelt message that’s since gone viral. In a handwritten script, the image reads, “From a Galaxy far, far away… to Earth’s Mightiest Heroes CONGRATULATIONS on the biggest opening weekend in history!” It accompanies a photo of Rey passing a lightsaber (like a torch) into the hand of Ironman. In an industry that, at times, seems so competitive and profit-driven, it’s nice to see the two studios engage in this playful way.

This congratulatory message isn't the first instance where one studio contacted another on their biggest opening weekend success, though. In fact, it falls in line with a tradition that's decades old. See how Steven Spielberg passed the torch to George Lucas in 1977—and beyond—below.

When Avengers: Infinity War recently surpassed Star Wars: The Force Awakens in the biggest opening weekend of all time, Lucasfilm congratulated Marvel Studios. This represents a tradition going back decades… 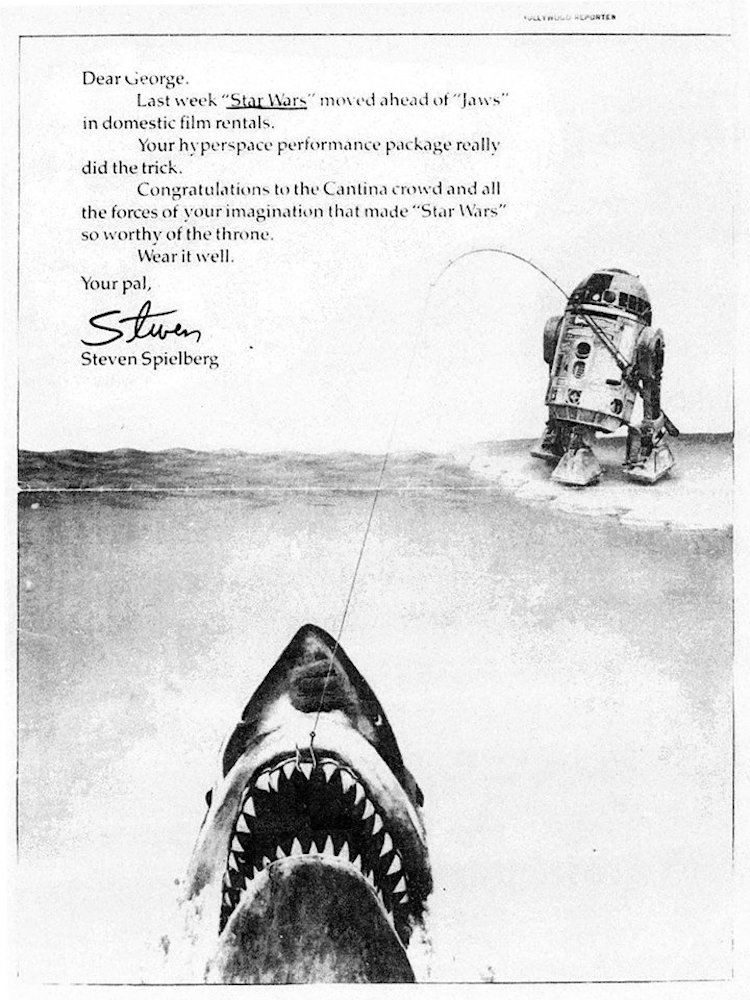 … for a long time, it was Steven Spielberg and George Lucas exchanging honors… 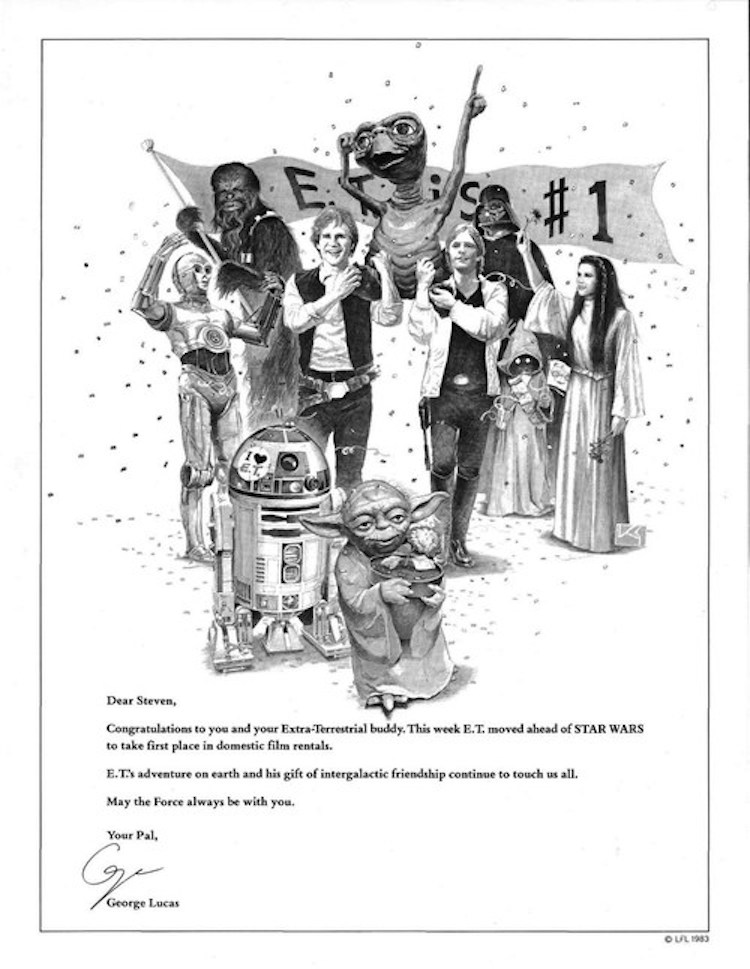 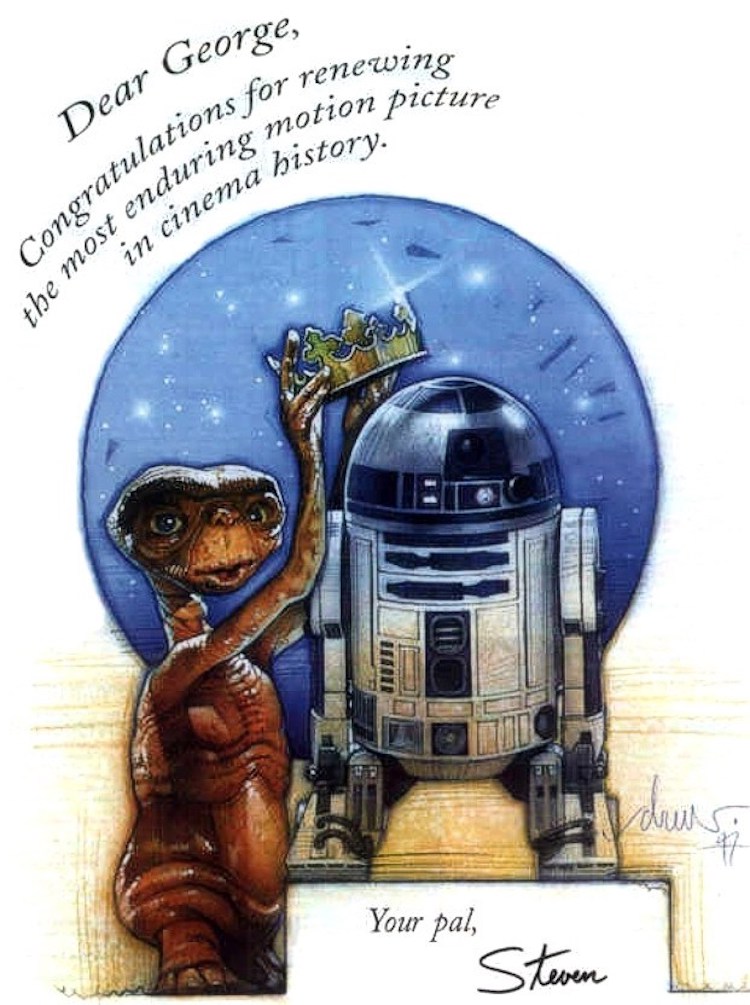 … until James Cameron sunk it with Titantic in 1997. 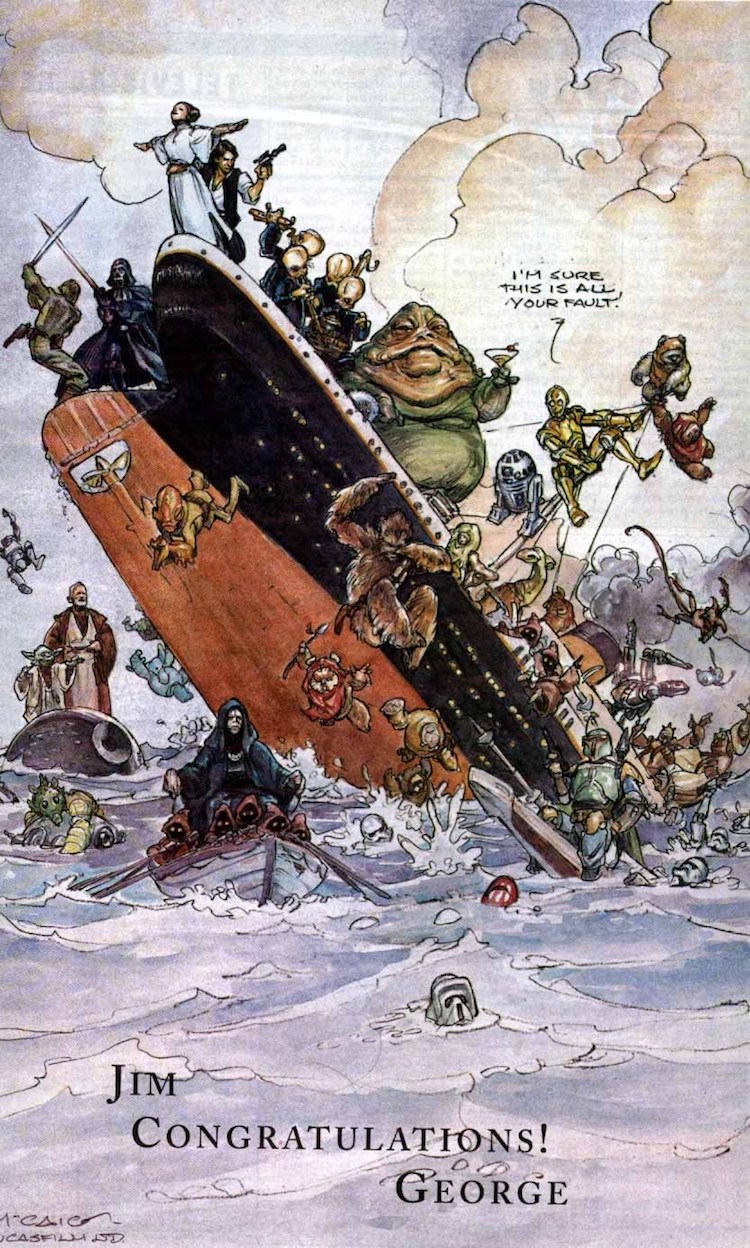 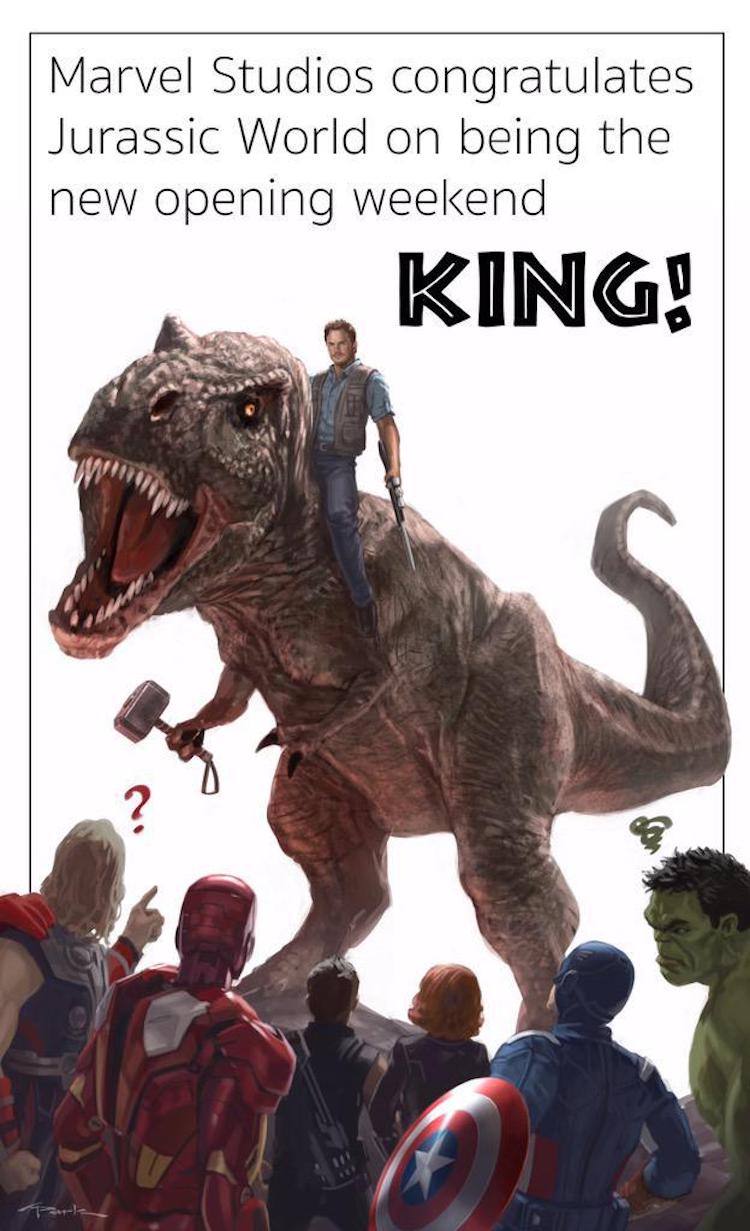 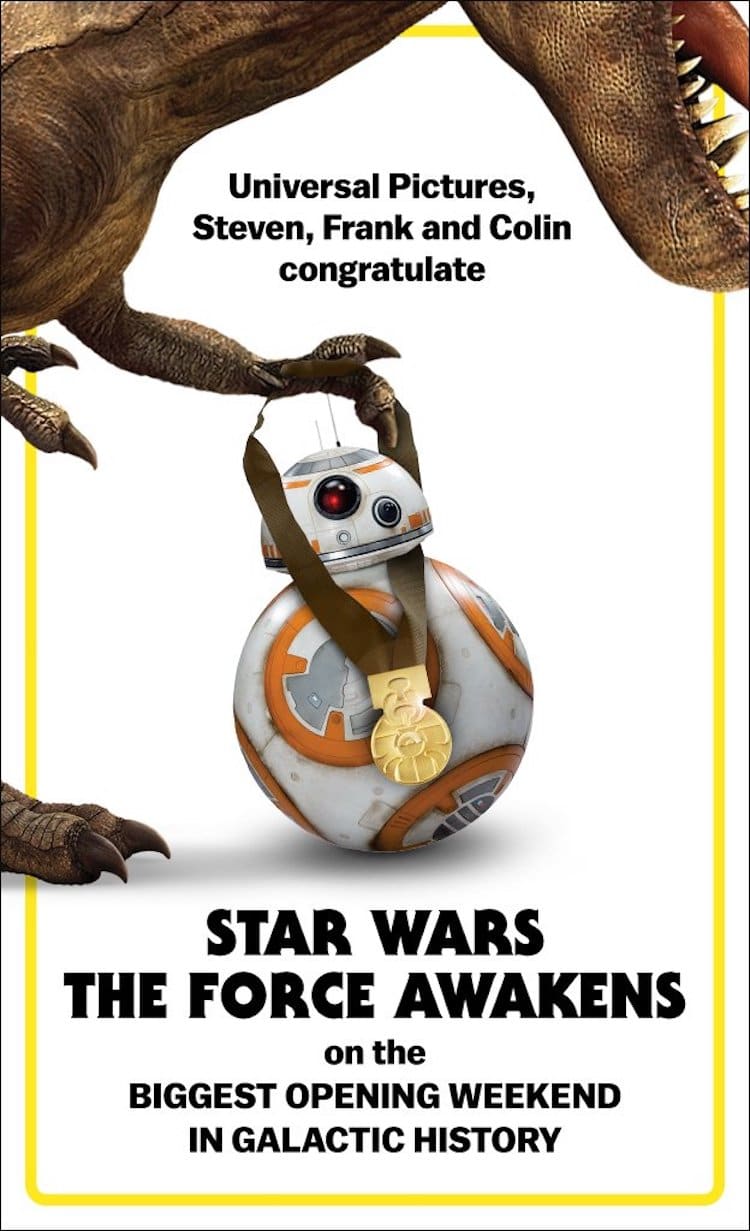 All images via Imgur unless otherwise noted.