Breathtaking Bird Sculptures Made of Paper or Polymer 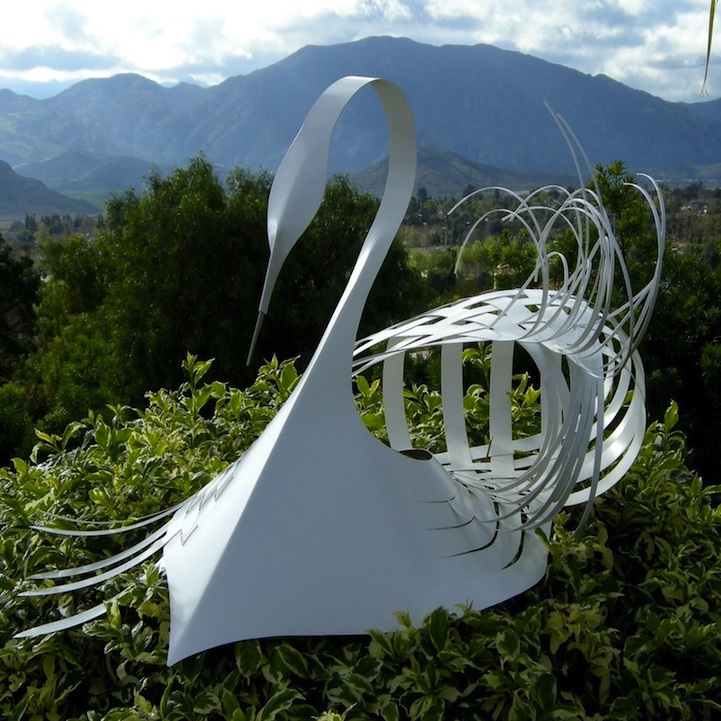 Beijing-born Bijian Fan creates breathtaking bird sculptures made with paper or polymer. As a child, Fan learned origami, or the art of paper folding, from his grandmother. He earned his BS and MS degrees in Mathematics as well as a Ph.D in Mechanical Engineering but somehow found his way back towards art later in life. When he emigrated to the United States from China, art became a way for him to express himself. As he stated, “I gravitated towards visual art because of my struggle with language, culture, and my minority status as an immigrant. Visual art transcends culture barriers and allows me to express freely. Through art, I regained my voice.”

Now, Fan uses his interdisciplinary background in science, engineering, and art to transform everyday materials like paper into amazing 3D kinetic sculptures. The work above, called Feather Her Nest, is a 3'x3'x3′ bird that is located in his backyard. As a kinetic sculpture, its feathers sway in the wind. When asked why he makes sculptures of birds, he says, “I was asked to create something related to the 2008 Beijing Olympics. The architecture of the Beijing Olympic Stadium, aka the Bird's Nest, inspired my creation of nesting birds.”

From now till May 8, you can visit the Ojai Art Center to see some of his magnificent works in the exhibition Paper & Beyond. On April 6, he will be on hand to discuss Origami Math Genius (OMG), a curriculum developed for integrating origami art and mathematical science in education. 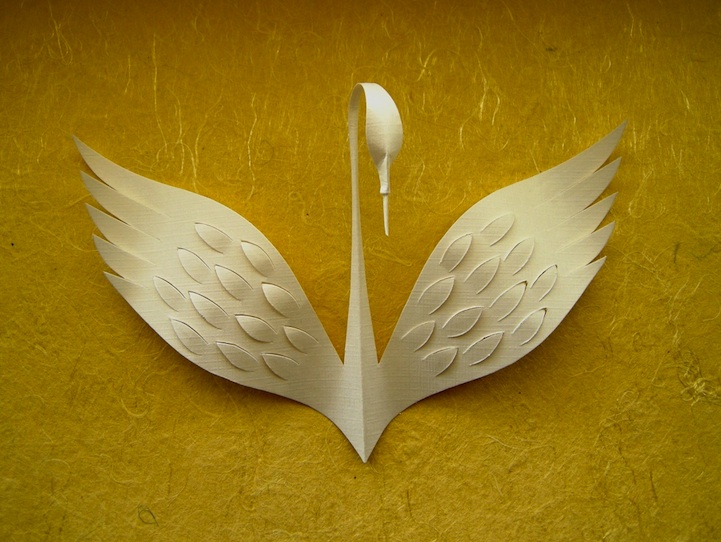 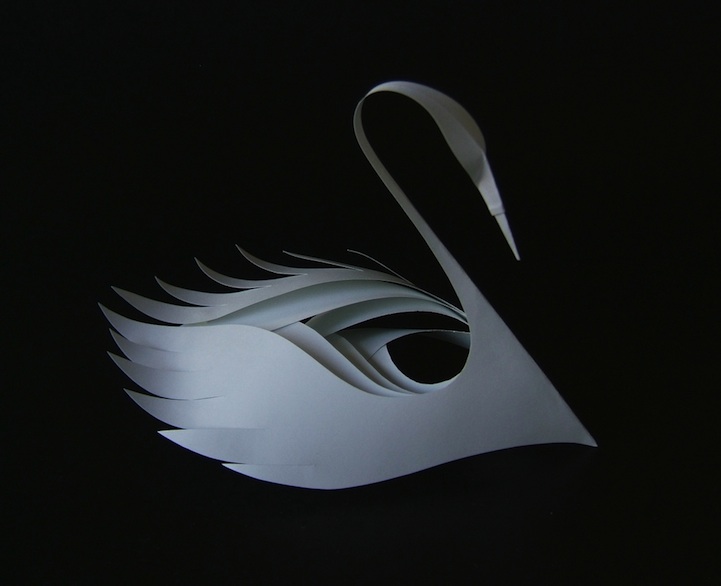 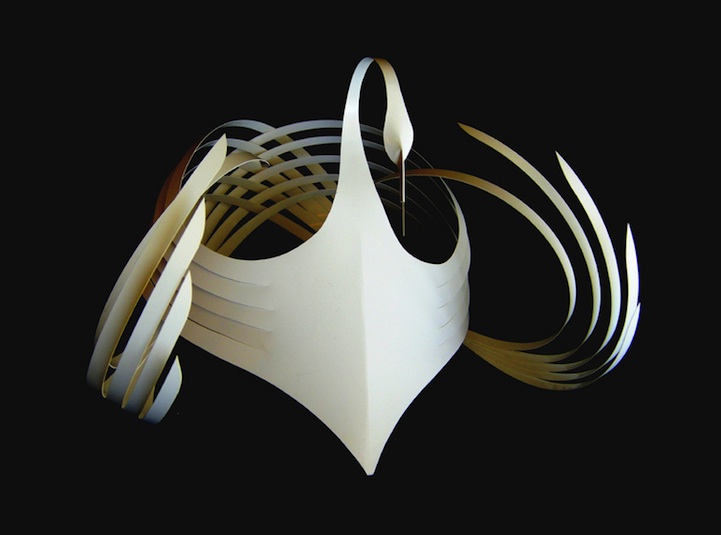 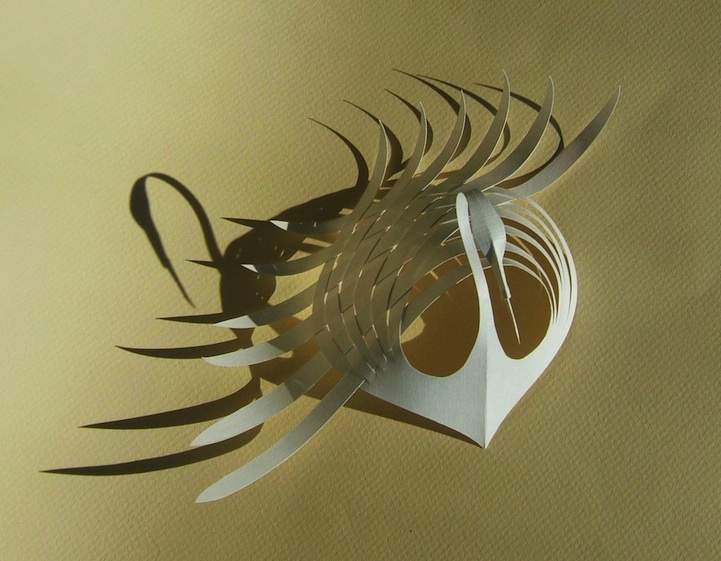 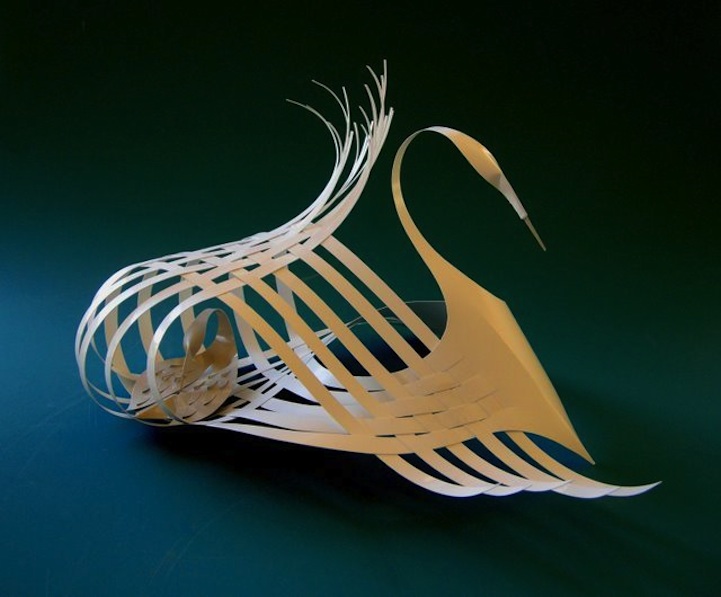 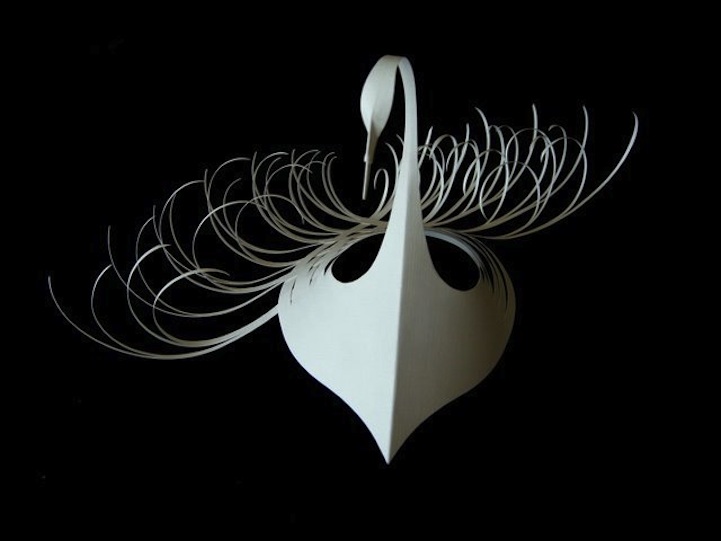