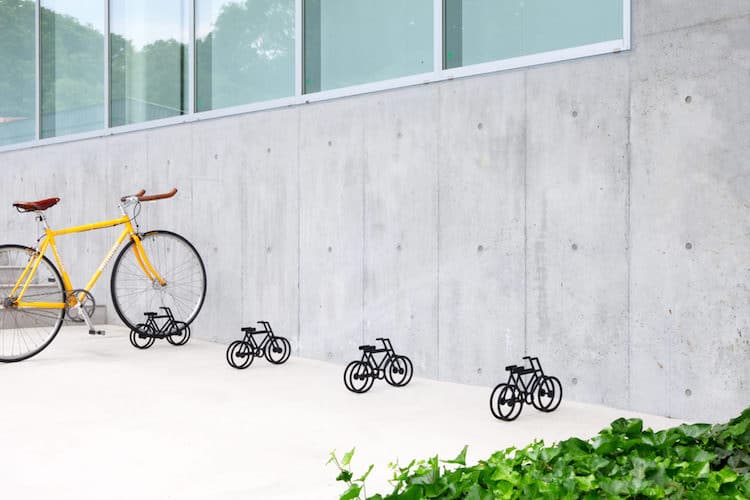 Known for putting a smile-inducing spin on overlooked objects, Japanese designer Yuma Kano creates pieces that are both fun and functional. This refreshing approach to industrial design is particularly evident in one of his most recent designs, the On Bicycle Stand—a bike rack that looks like a teeny, tiny two-wheeler.

Like traditional bike stands, Kano’s contemporary design is made out of steel and is easily installed with a drill. What sets the On Bicycle Stand apart from others is its aesthetic. Each stand is simplistically shaped like a minimalist, miniature bike. Rendered in black and evocative of a line drawing, the delightful designs double as aesthetically-pleasing public fixtures and as easy-to-identify signage.  To add even more character to his creations, Kano has designed 2 styles of the On Bicycle Stand. The first, inspired by a racing bicycle, features curved handlebars. The other—which is based on standard model—features more conventional grips.

Kano was inspired to create the On Bicycle Stand by his less-than-positive past experiences with Japan’s current bicycle parking system. The stand was “designed to solve the problem of randomly parked and bunched up bicycles on streets, sidewalks, and parking lots,” Studio Yumakano explains. “Placing them could create lanes of traffic to walk or ride through, create a pleasant atmosphere, and invite people to stop and look around.”

By addressing a prevalent and public problem with such an artistic approach, Kano is one step closer to fulfilling his studio’s goal: “To inspire a fun, creative world where everyone is able to find new possibilities by exploring unnoticed aspects of the everyday.”

The On Bicycle Stand by Yuma Kano of Studio Yumakano is a mini, bike-shaped bike stand and a parking sign. 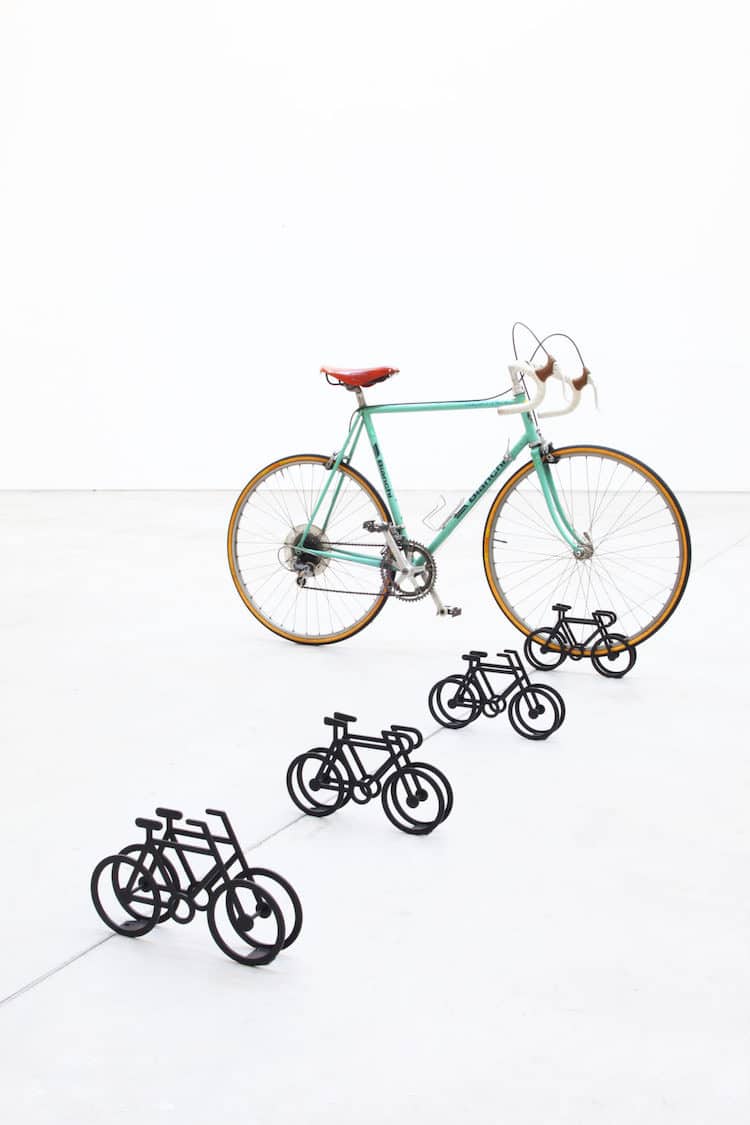 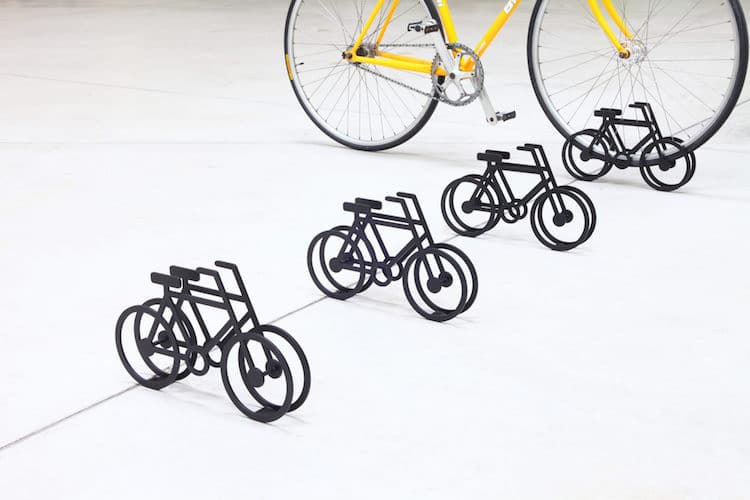 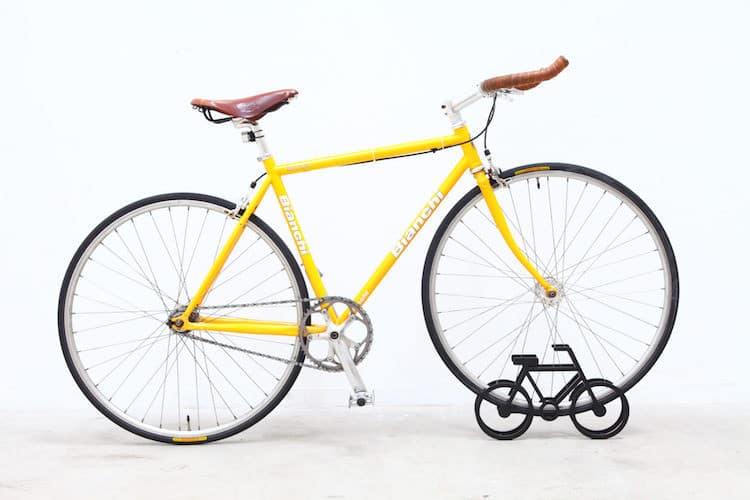 It is available in 2 designs. The first is a racing bike. 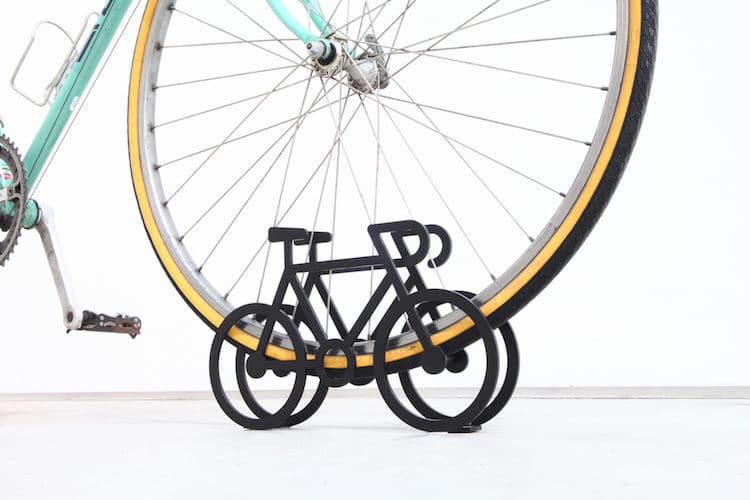 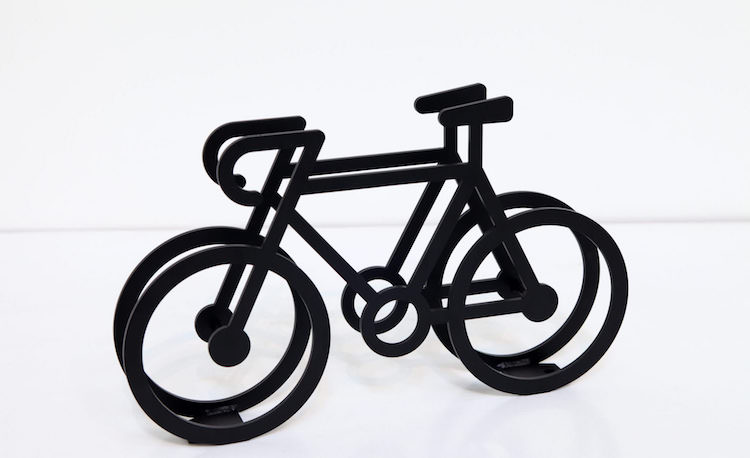 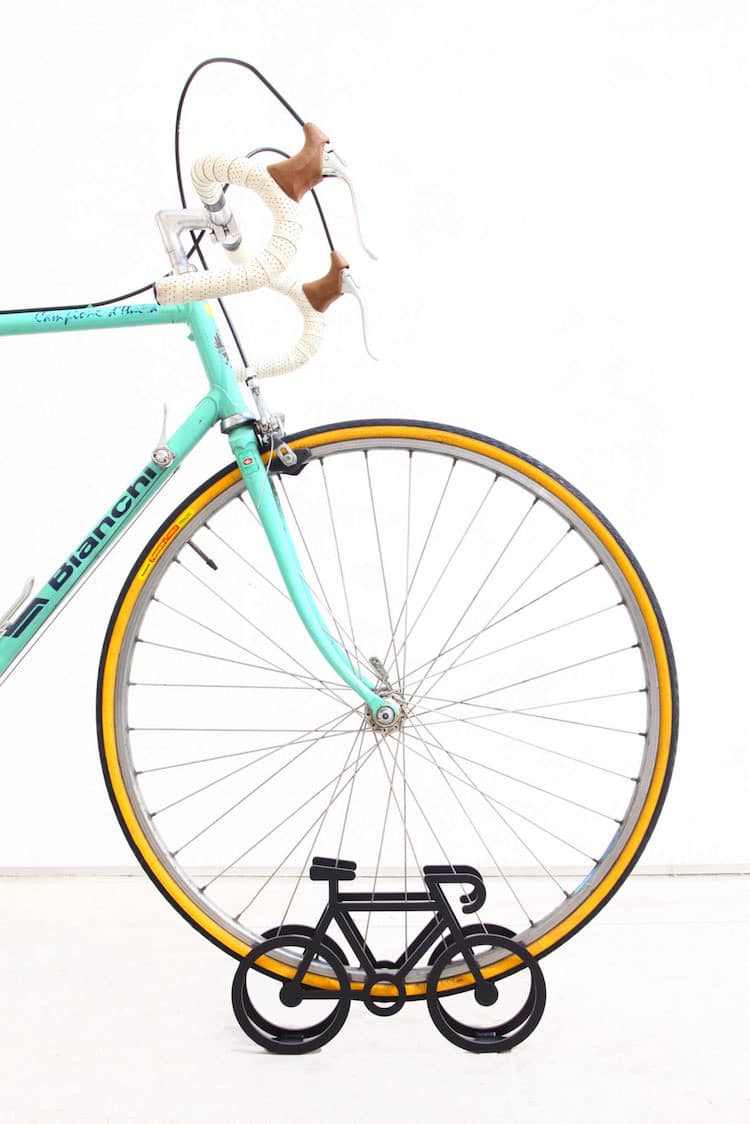 The second is a standard bicycle. 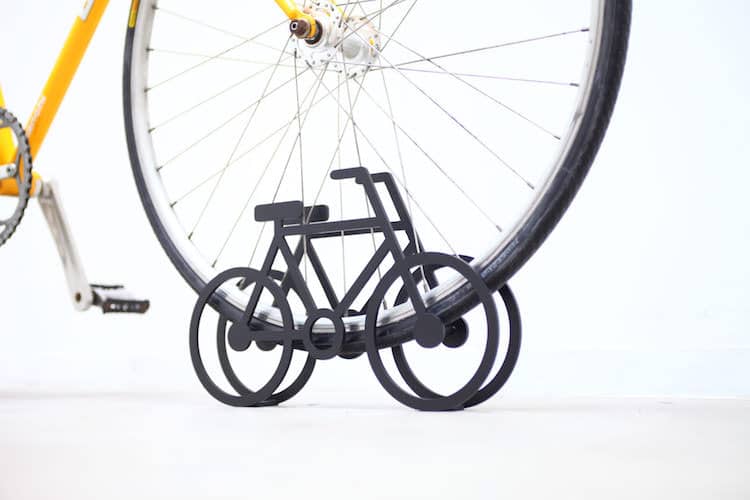 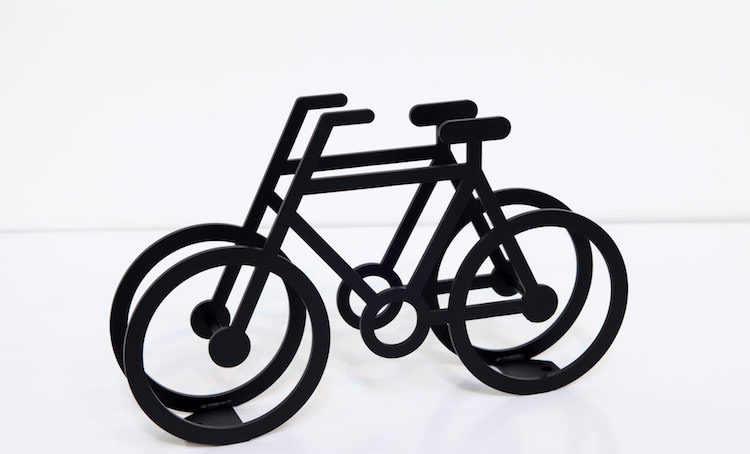 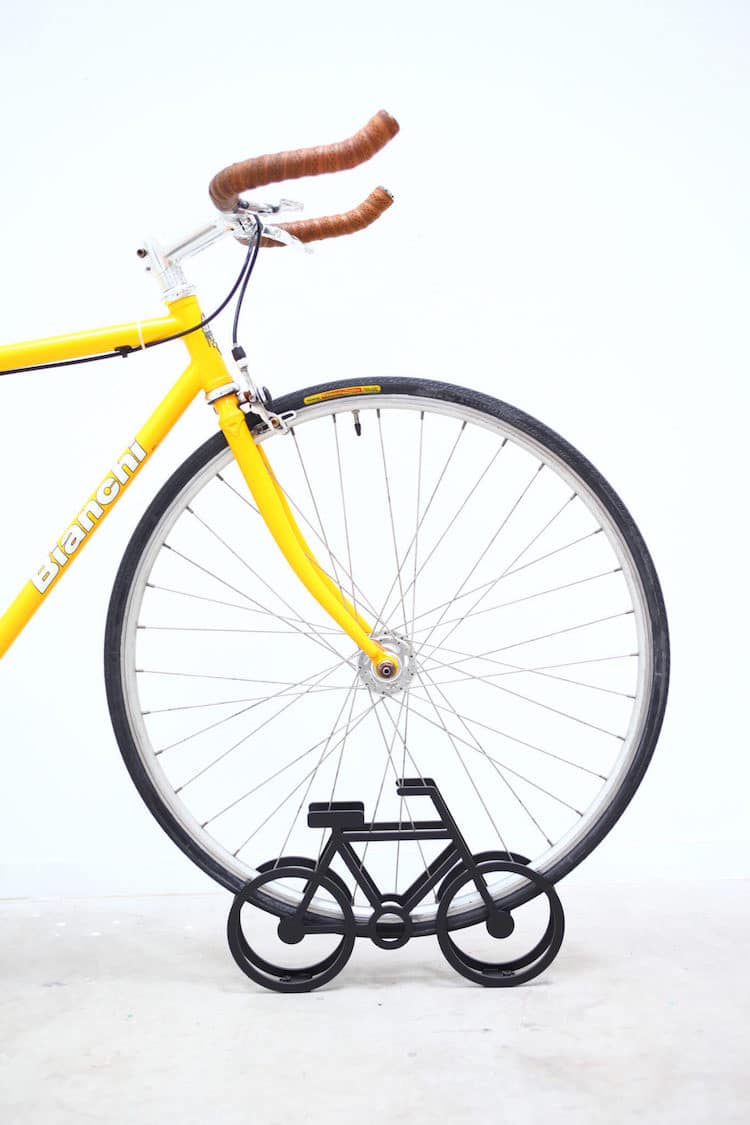 The stand is available on the Studio Yumakano website. 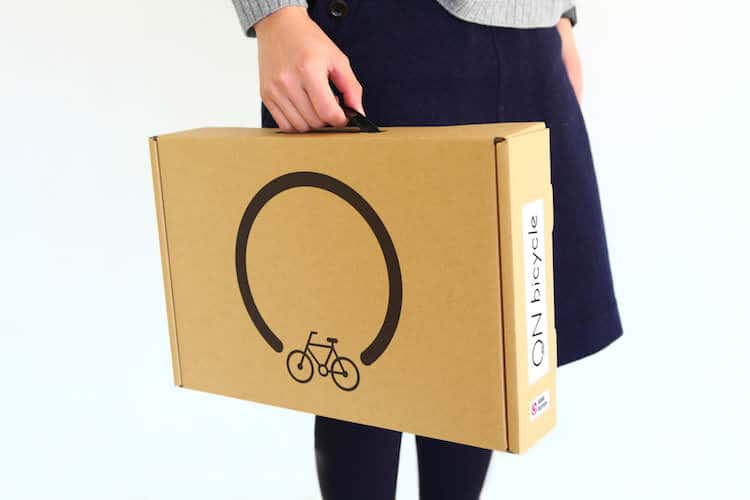 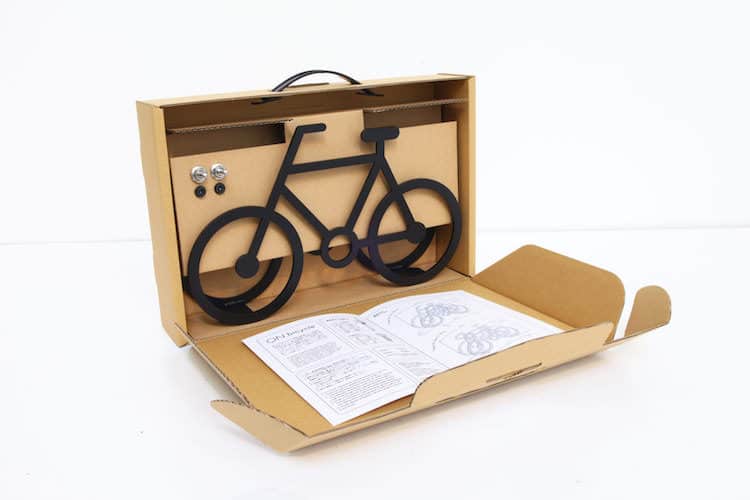 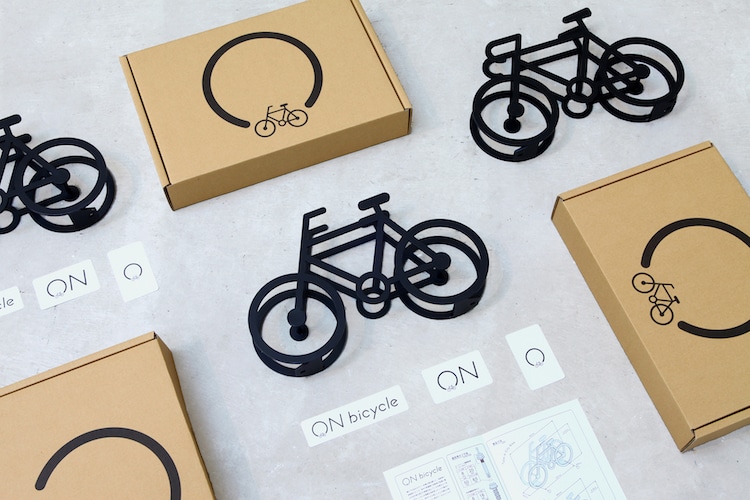 All images via Yuma Kano.