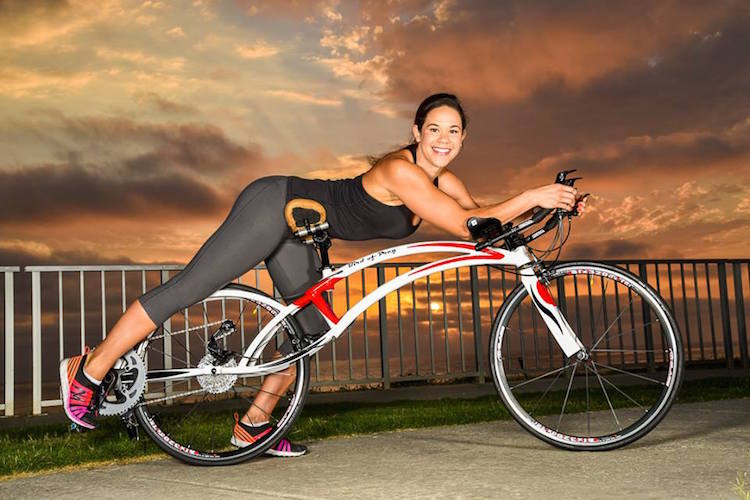 The world loves bicycles. They cut down on carbon emission and they help keep us fit. In fact, 2.5 billion people get their gears on the road each year. That's some major pedaling, but accidents do happen. According to Bicycle Helmet Statistics, 45,000 American cyclists were injured in traffic during 2015. An activity that's so beneficial for our bodies and the planet shouldn't have to be so dangerous. Luckily, there's a new bike that could change the way we get to work.

In order to make cycling a safer form of transportation, inventor John Aldridge has designed The Bird of Prey concept bicycle. Rather than riding in a seat, cyclists lean forward with their weight resting on their hips and arms. The semi-prone position enhances spinning ease, and allows the rider to “push and pull on the pedals as if he were running with legs fully extended.” The Bird of Prey promotes itself as the fastest racing bike in the world, thanks to its low center of gravity, high speed gears, and ability to overcome wind resistance.

Check out the video below to see the Bird of Prey in action and to see all of its innovative features. 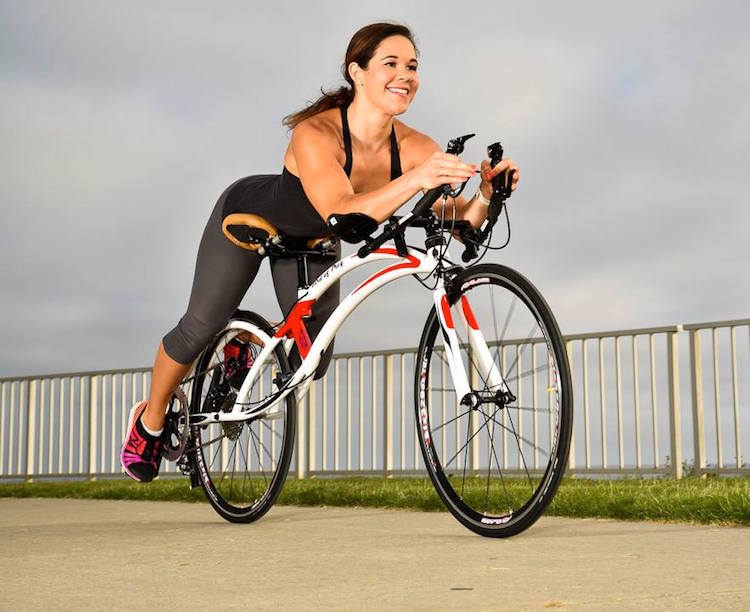 All images via Derek Plank for Bird of Prey Bicycles.