Blending in with Vegetables 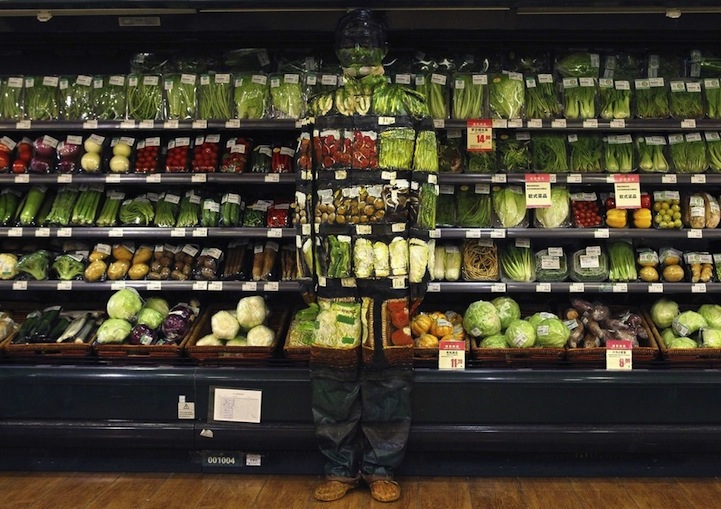 Is there anything peculiar about this photograph? If you look hard enough you may notice that standing in front of all those fresh vegetables is actually a man! You may have heard about artist Liu Bolin. If not, it's probably because he's always camouflaged. Working with a team, Bolin has seamlessly blended himself amongst many different backgrounds including graffiti murals, racks of soda, and a fence in New York City.

Liu Bolin, who has become relatively well known in the past year, is particularly famous for painting zip up suits that allow its wearers to blend in with their environment. In the past, he's been given the nickname “Vanishing Artist.” On November 10th, 2011 Liu Bolin went at it again, this time vanishing in front of a vegetable aisle at a supermarket in Beijing, China. 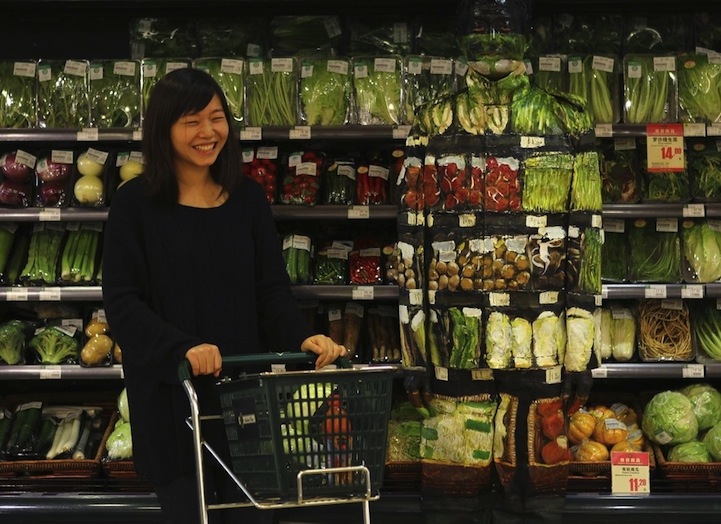 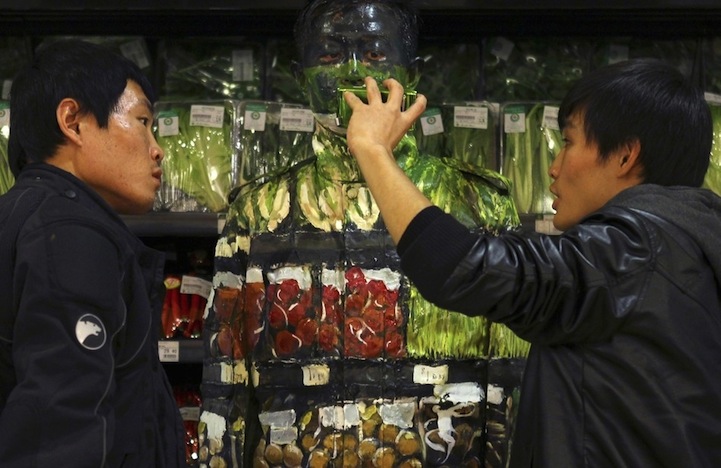 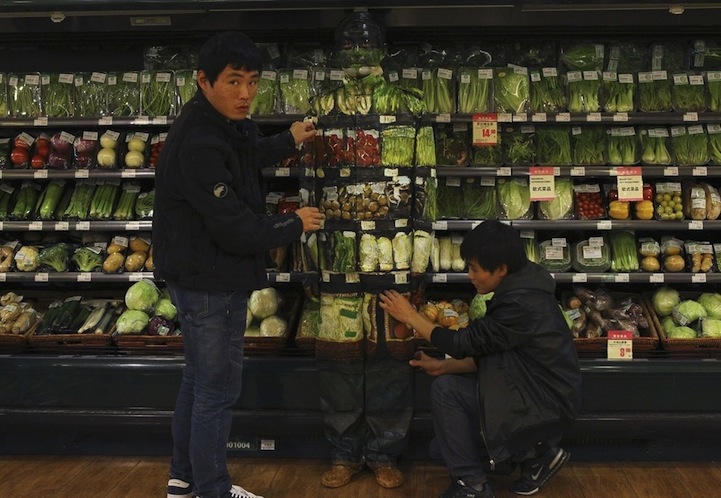 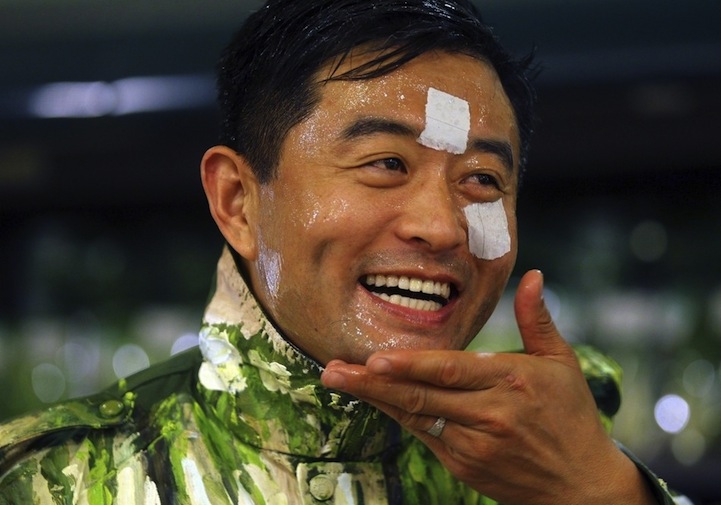 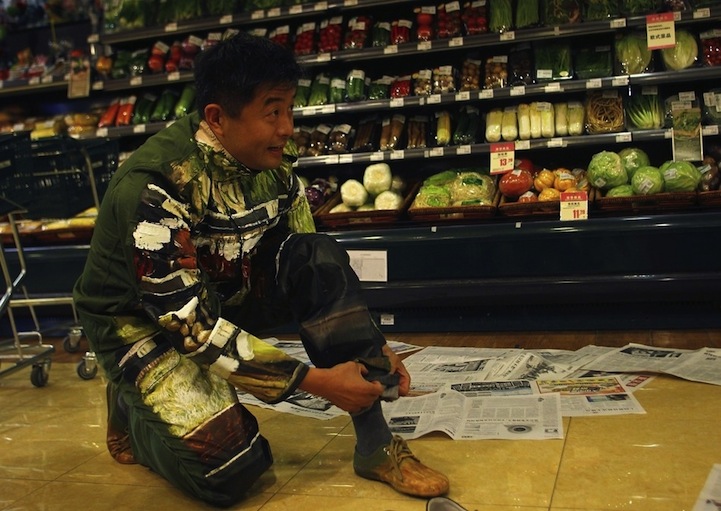