Standing in Awe at the World We Live In 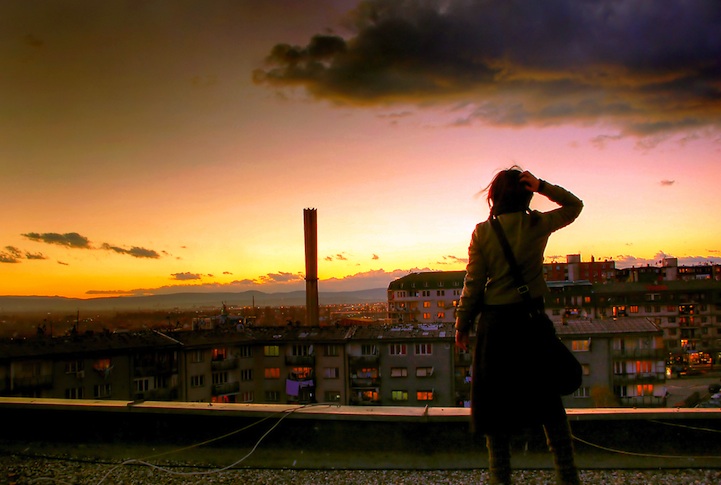 Prishtina, Kosovo-based photographer Blerta Zabrgja just reached out to us to share her passion project. Twelve years ago, she climbed to the top of a mountain and felt something that would ultimately lead her down a specific path. “I felt like, being on top fills me with life more than anything else. I could actually breathe and taste the sweet air there.”

Several years later, she found a new favorite spot, the top of a building. It was there that she realized that she was actually in love with heights, the feeling you get when you look around and take in all that's around you.

One day, in 2006, on that same rooftop, she shot the back of herself as the sun was setting. It would become her most iconic photo and the one National Geographic would feature six years later, when she submitted it into their photography contest. As she told them, “I was feeling like Alice in Wonderland, all grown up and facing the chaos of the real world! I love heights and took this self-portrait to capture the feeling it gives me.”

She shares what happened after that moment of validation, “I was feeling the heights again, I could breathe the metaphor of all this and it tasted marvelous! So I decided to start my journey through the tops, I wanted to give to it better halves, siblings, soulmates…There may be a polluted mess, a whole city, a chaos of different lives or just a beautiful old mountain standing there on its ground before me, but while I'm standing there, I am being filled with more than just air, more than joy…with peace!” 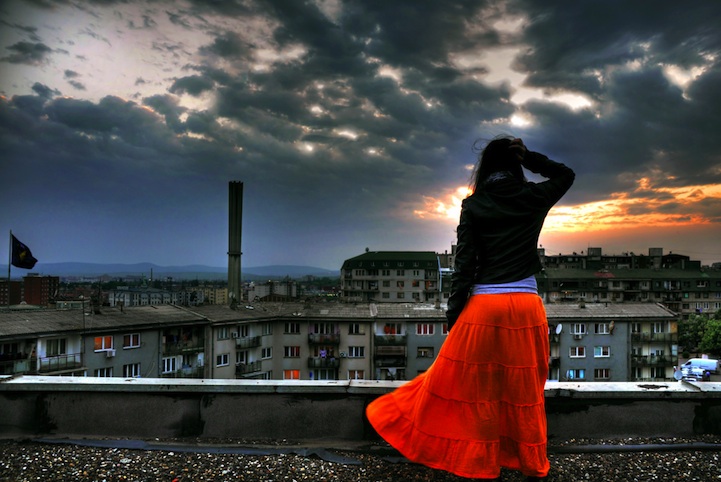 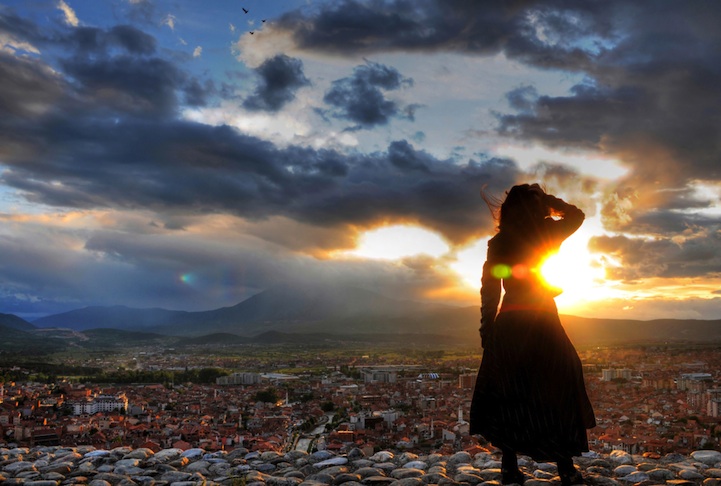 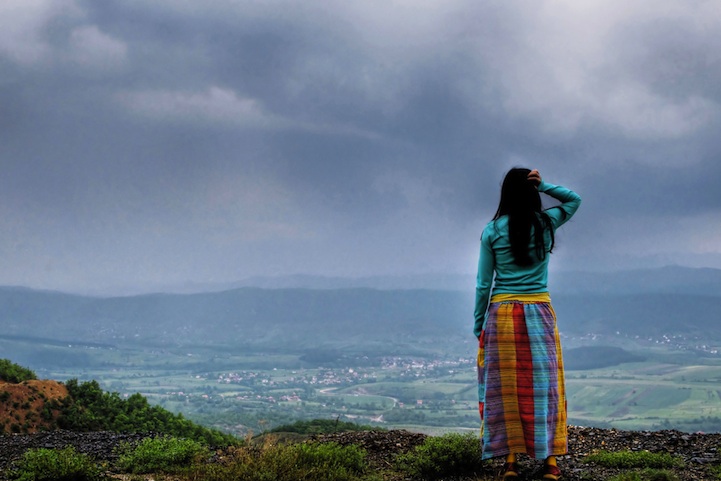 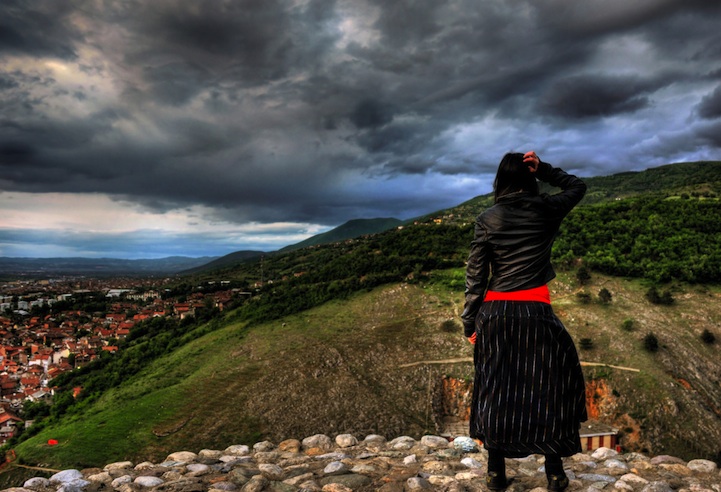 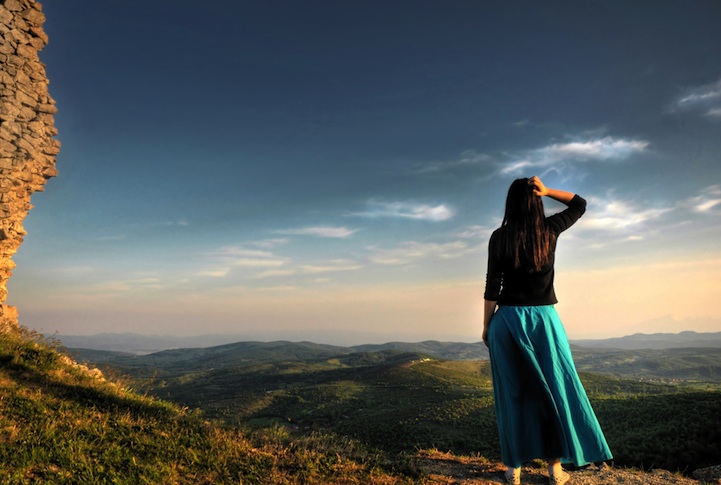 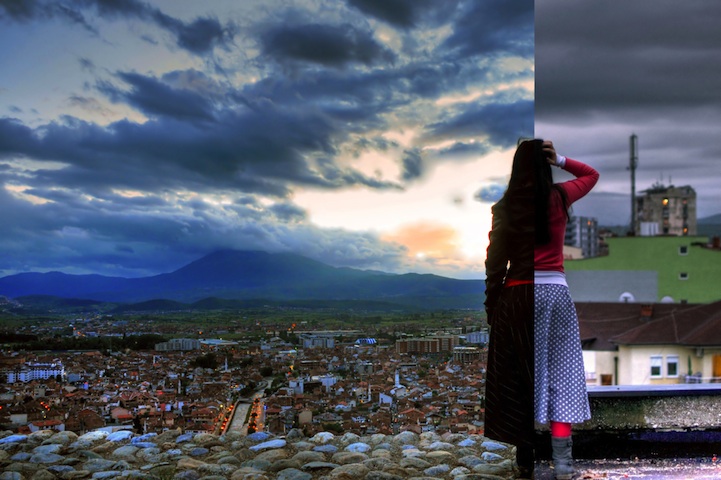 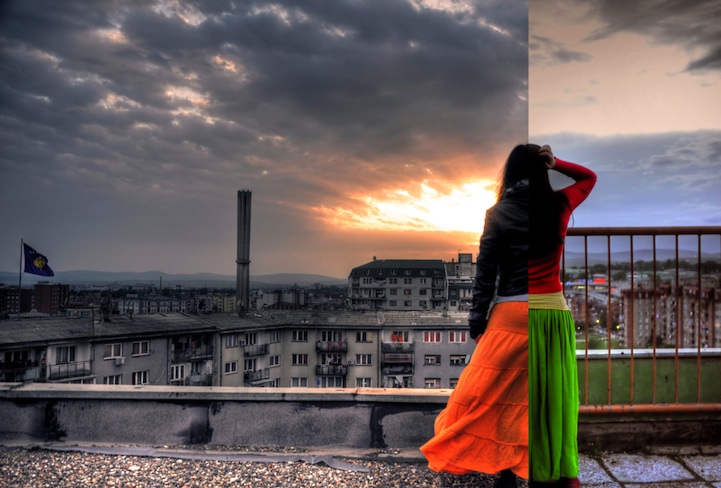