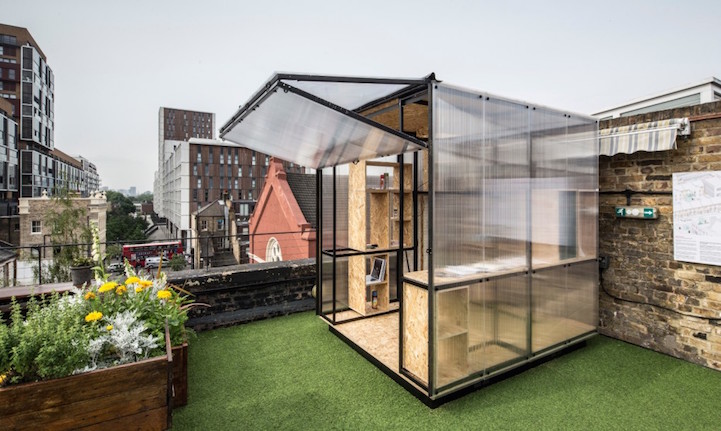 Architects Tomaso Boano and Jonas Pris?montas created a pop-up studio called Minima Moralia as part of last month’s London Festival of Architecture, providing an alternative solution to the rapidly rising cost of studio space in the UK. The concept behind the creation arose from the architects’ concerns of creative industries being limited to only those who are relatively free from financial pressures, and are able to afford certain levels of education and leisurely pursuits.

The name and concept behind the studio derives from German philosopher Theodor W. Adorno's masterpiece, and its explorations of “damaged lives” in current London conditions. The model serves as an idea for what affordable studios might look like in the future, and is “a manifesto of social hope with no political intention.”

The architects strongly believe that “creativity should not be linked to a social status. It rises within people and therefore anyone should be granted the opportunity to investigate, experiment, rehearse and play. To do this we need new affordable spaces.” Through the idea of these studios, they hope to help maintain London as a creative capital of the world, even as living costs rise.

The studio is constructed with a steel frame and foldable walls made from panels of translucent channeled cladding, and oriented stand board fittings. The installation was open to the public last month and hosted a series of events and activities during the Festival to support the local community of artists. 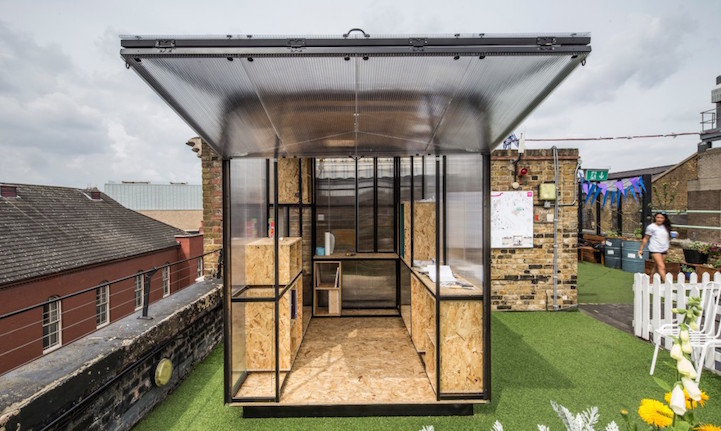 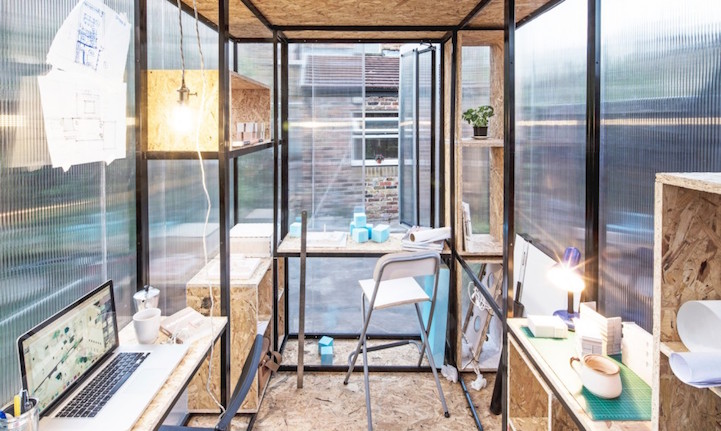 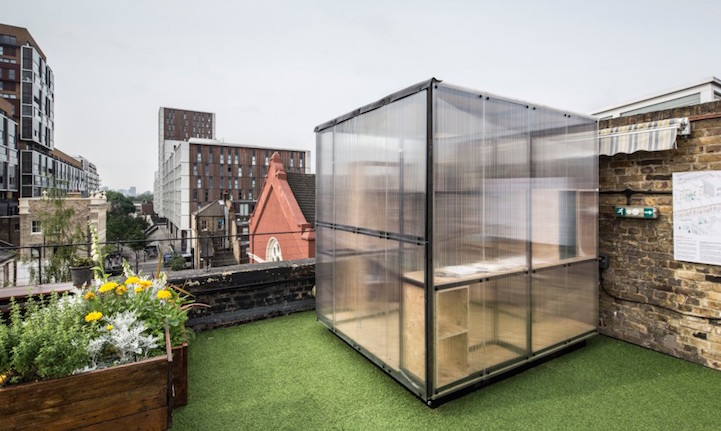 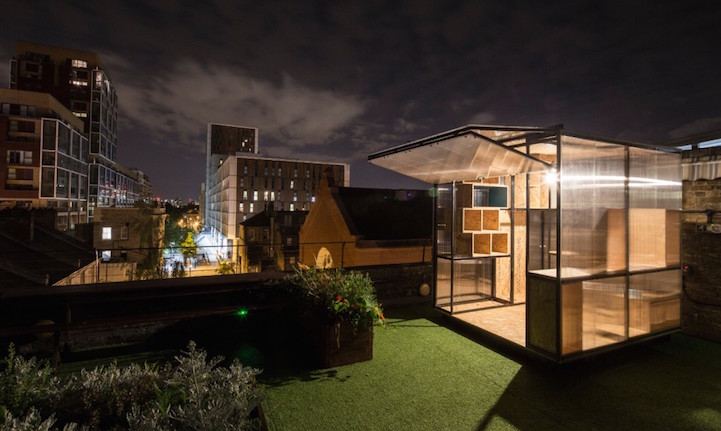 All images via Tomaso Boano and Jonas Prišmontas.