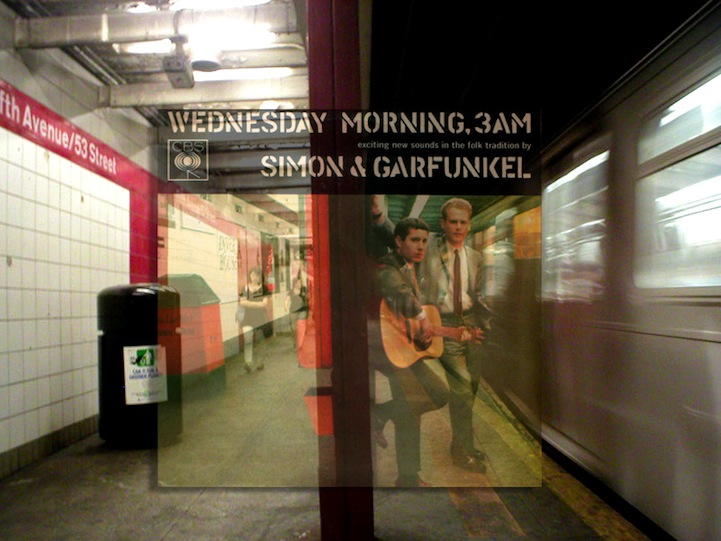 These photomontage images by photographer Bob Egan are a sea of nostalgia. The photographer is inspired by all kinds of historical pop culture events and, referring to himself as a “pop culture/rock and roll detective,” Egan tracks down locations across mainly New York City to visually recreate various moments. Specifically in this series, the photographer is influenced by original vinyl covers of popular musicians. Based on a ton of research and investigation, he identifies where an album cover photo was taken, visits the location, and then uses Photoshop to merge the old cover images with new snapshots of each place.

All of Egan's creations are featured on his website, PopSpots. The photographer says, “Manhattan is constantly being torn down and rebuilt anew, and I'm trying to find these places while they are still around.” Not only does he feature well known musicians like Bob Dylan, Simon & Garfunkel, and Neil Young throughout New York City but, out of curiosity, he also seeks out scenes from all kinds of famous art and paintings, including Edvard Munch's The Scream, based in Norway. 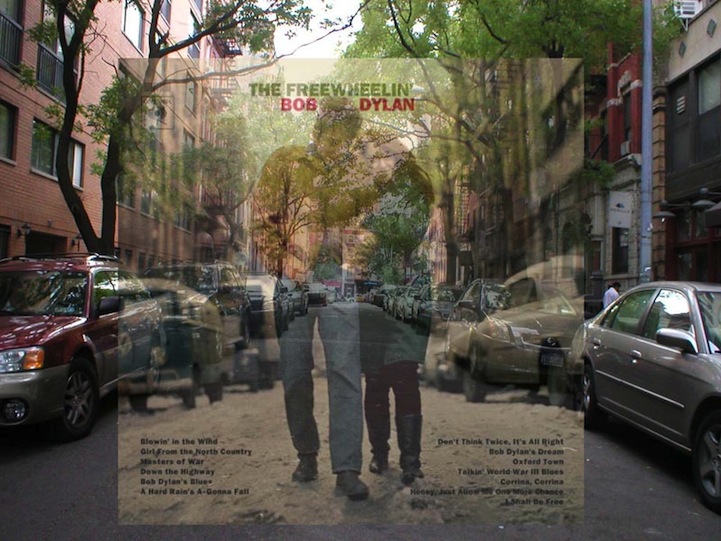 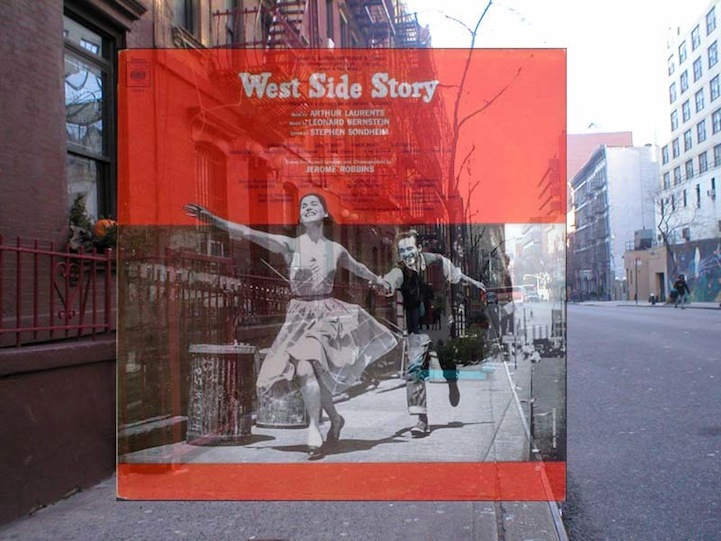 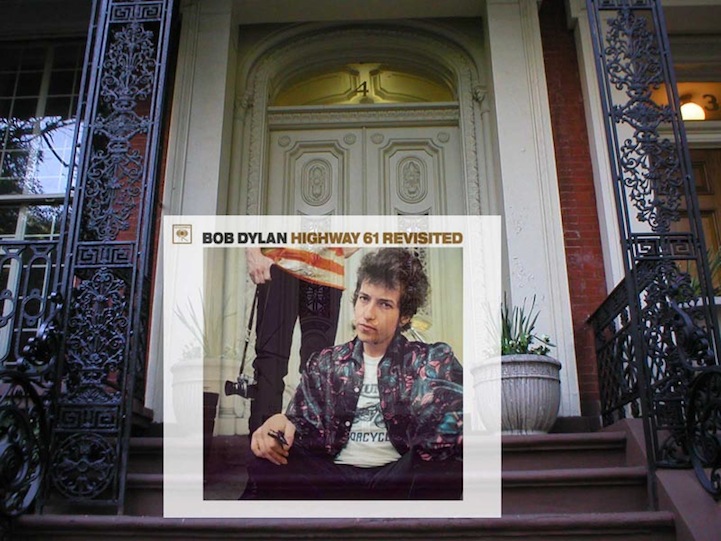 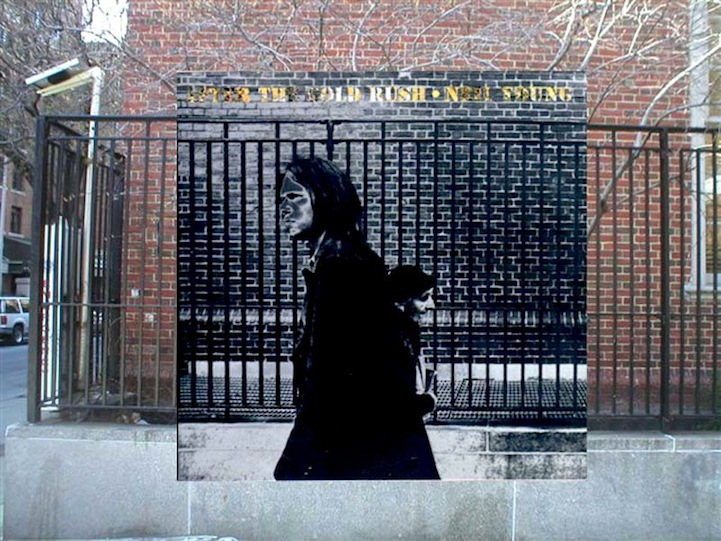 Neil Young: After the Gold Rush 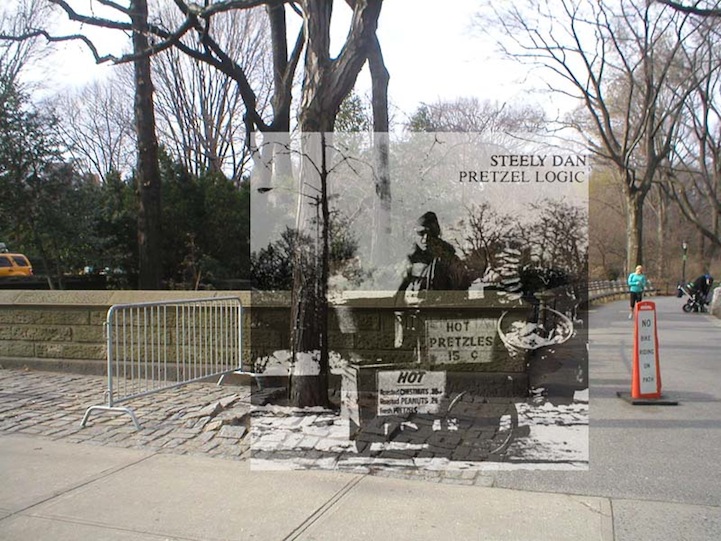 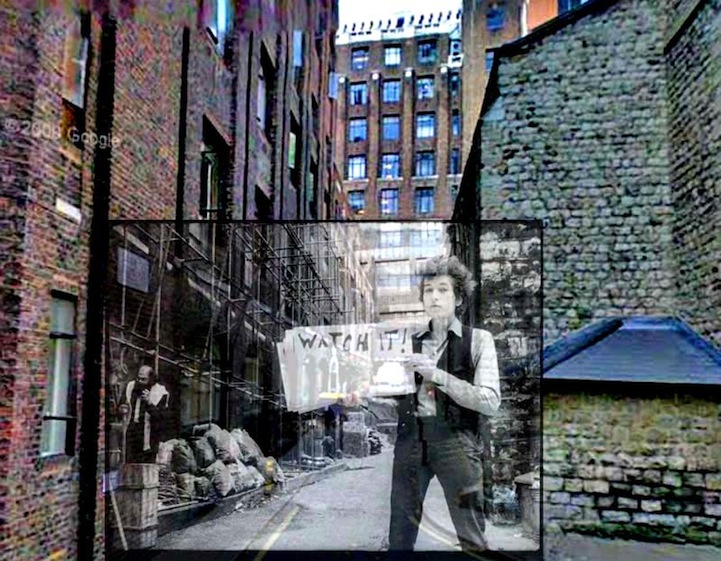