Annie Leibovitz Photographs the “Invisible Man” Who Camouflages into Anything 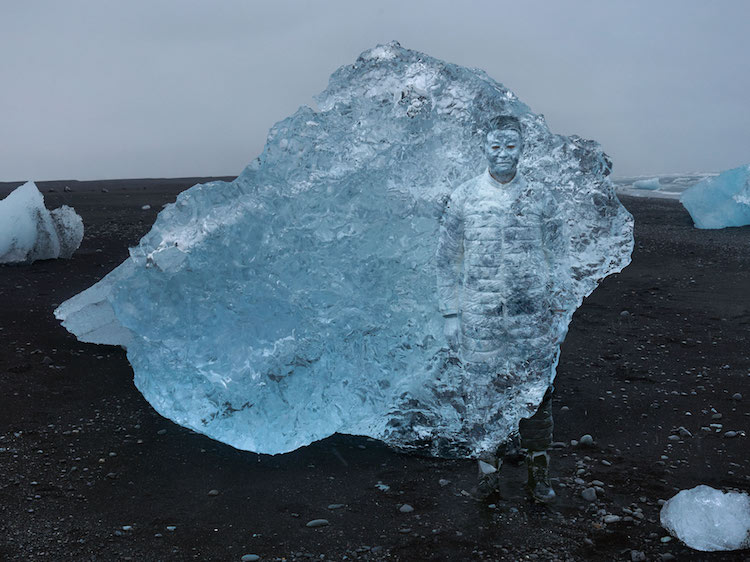 Chinese artist Lui Bolin, aka Invisible Man, and renowned photographer Annie Leibovitz have teamed up in two advertising campaigns for the luxury apparel brand Moncler. Fusing Bolin’s penchant for body paint illusions and Leibovitz’s incredible photographic eye, they’ve produced images that are as enchanting as they are surreal. In each photo, Bolin dons a snowsuit made by Moncler, but there is virtually no difference between what he’s wearing and his surroundings. Instead, he and the landscape are one.

The collaborations cover the Spring/Summer 2017 and Fall/Winter 2017 collections. The first campaign begins with the type of lush settings you’d expect to see in the warmer weather months. Additionally, it’s inspired by literature and features Bolin’s chameleon-like abilities among stacks of books. In the second campaign, Bolin and Leibovitz venture to the glaciers of Iceland where Moncler’s outerwear is meant to be—among the chilly grandiose gray and blue landscape.

Regardless of the locale, the two creatives will make you do a double take. Proving he’s the master of disguise, Bolin carefully positions himself so that elements of the landscape and his body painting are a perfect match. Often, it’s only the outline of his silhouette that’s visible—making these images as much a visual puzzle as they are advertisements.

For two seasons, artist Lui Bolin and photographer Annie Leibovitz have collaborated on an advertising campaign for Moncler apparel. 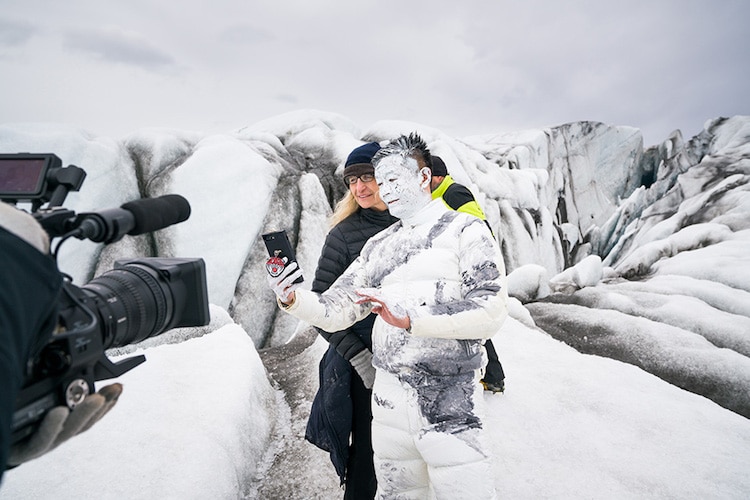 It started with Spring/Summer 2017, which featured lush greens and literary landscapes. 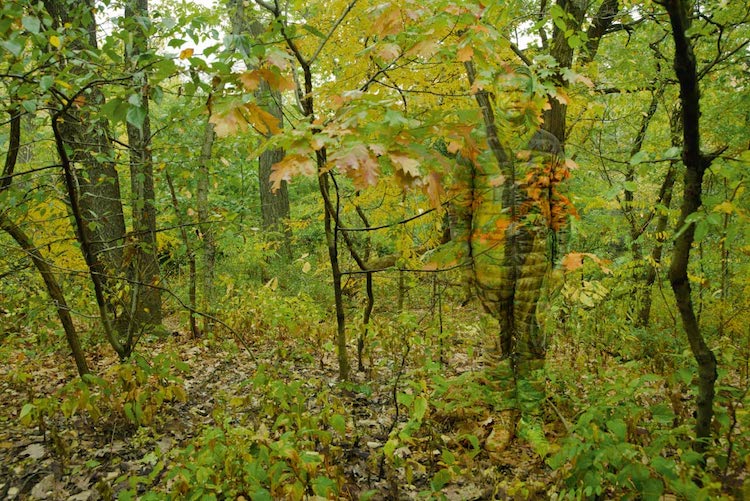 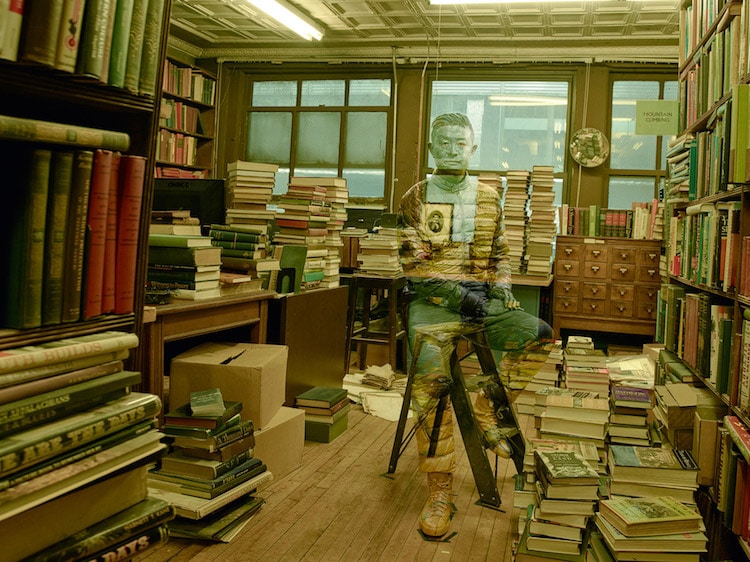 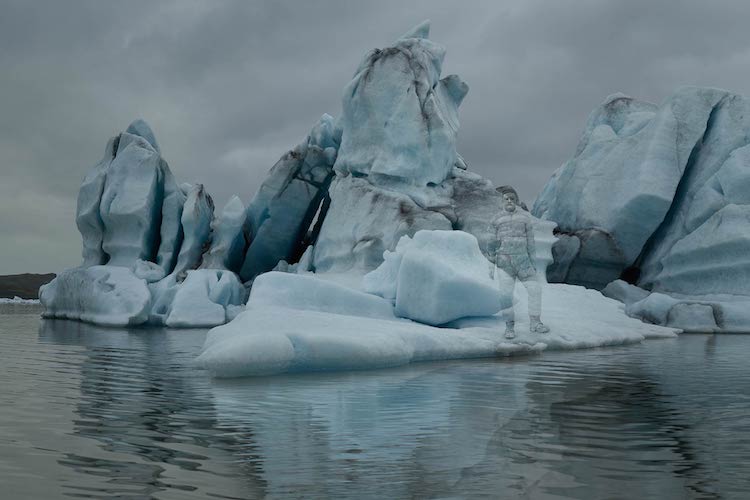 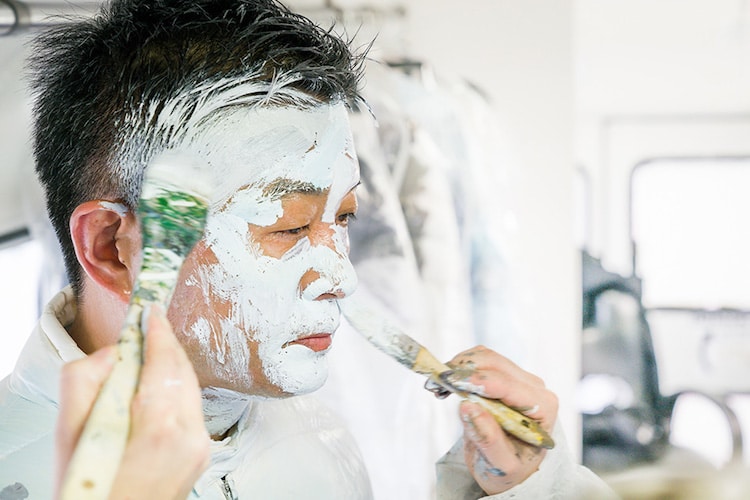 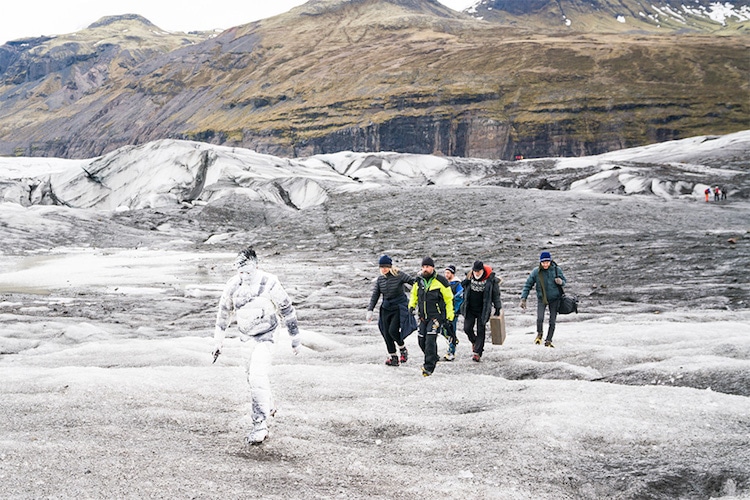 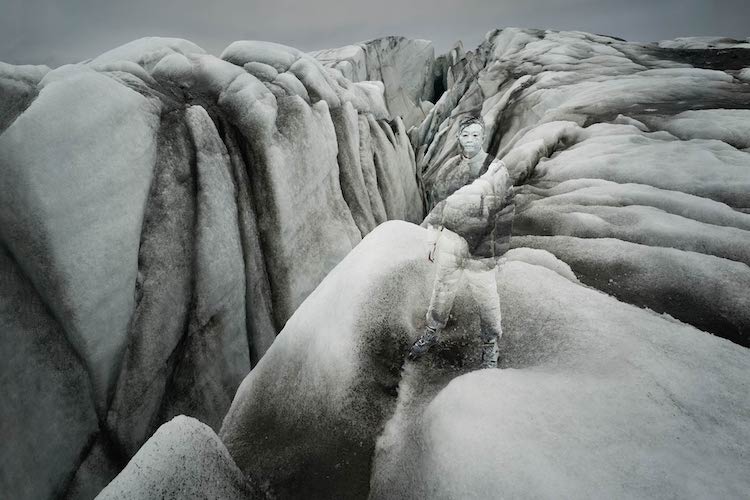 All images via Moncler.

Liu Bolin is Lost in Art