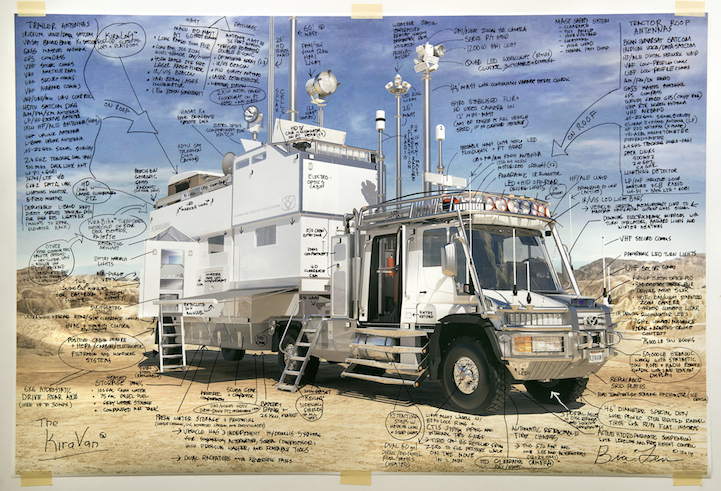 For the multi-talented and massively successful Bran Ferren, who is the CEO of tech and design firm Applied Minds, as well as the former President of Research and Development of Walt Disney Imagineering, one of the biggest challenges he's had to face is figuring out how to give his 4-year-old daughter a way to travel the world and gain experience and knowledge while still staying completely safe. His solution? Spending four years and millions of dollars constructing the greatest adventure truck known to man, named the “KiraVan” after his daughter.

The KiraVan, which was adapted from a Mercedes-Benz Unimog, will be the most elaborate exploration vehicle ever made when it finally hits the road later this year. Measuring over 31 feet long and more than 10 feet high with the trailer attached, the KiraVan's Kevlar-reinforced tires are capable of traveling over nearly any terrain, from swampy roads to rock-covered paths to small bodies of water. Even with its tough exterior, the inside of the vehicle is as luxurious as can be, featuring an eco-friendly bathroom, a custom-designed upscale kitchen, a luxe dining area, a high-tech office, and a “penthouse” loft for Kira.

As lavish and high-tech as the adventure truck is, Ferren's motivation behind building it remains simple: out of love for his daughter. Ferren, who is currently 61 years old and will be in his mid-seventies by the time Kira becomes an adult, wants to ensure there's some safe way for his daughter to be able to explore the world. “I've loved watching my daughter learn about life,” he says. The KiraVan provides a way for Kira to continue her journey of endless learning, as well as a way for their family of three to cherish their time together on the road. 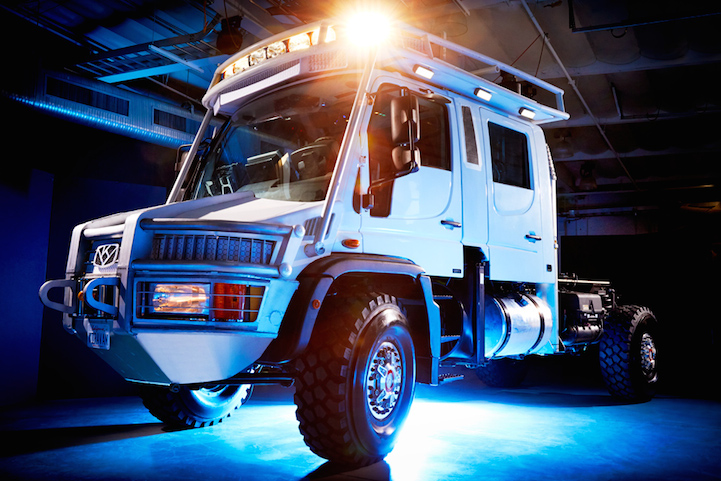 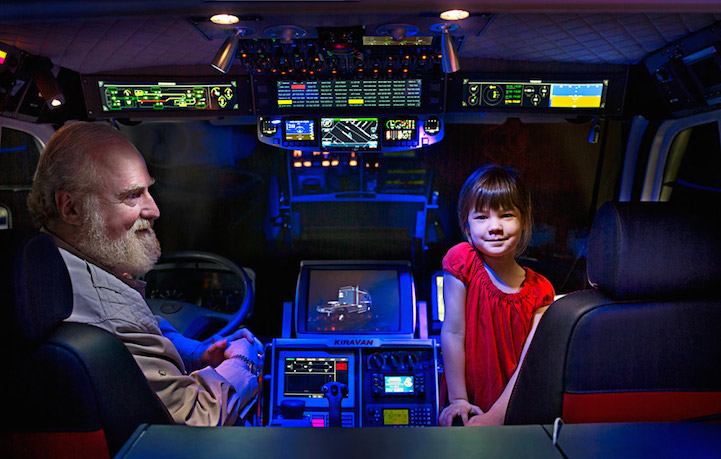 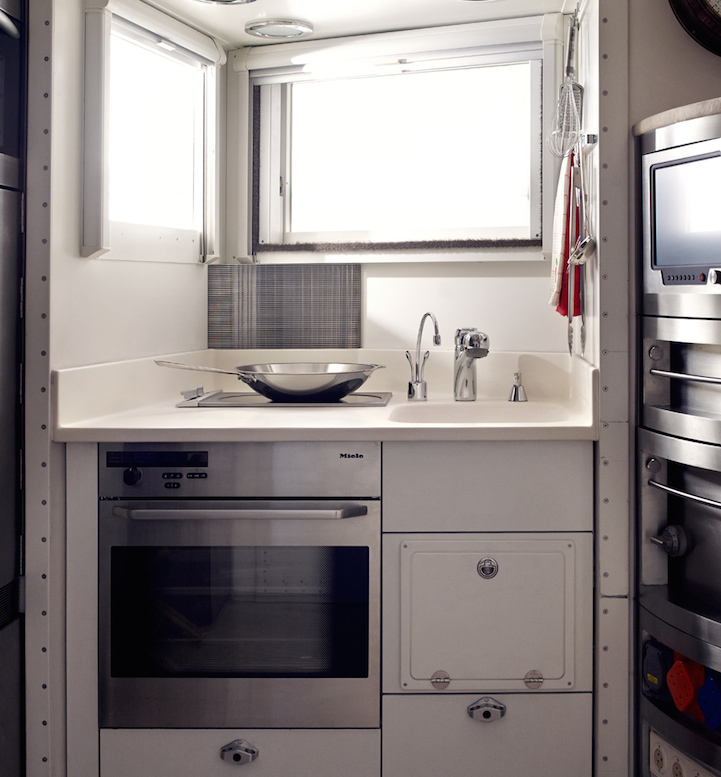 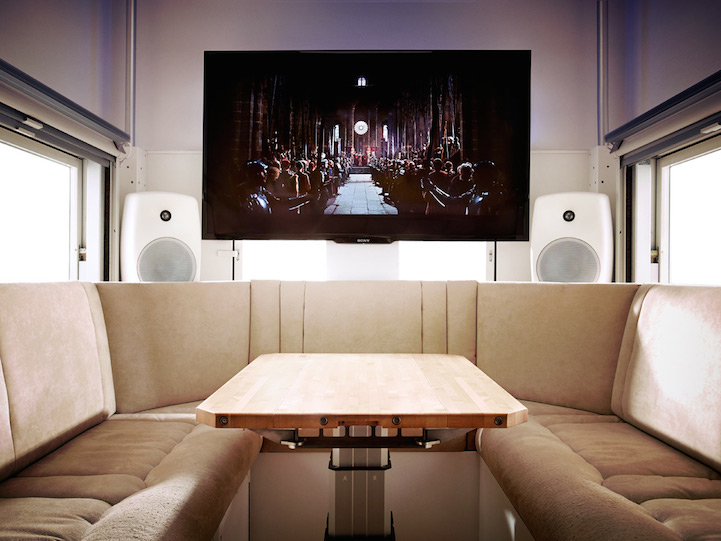 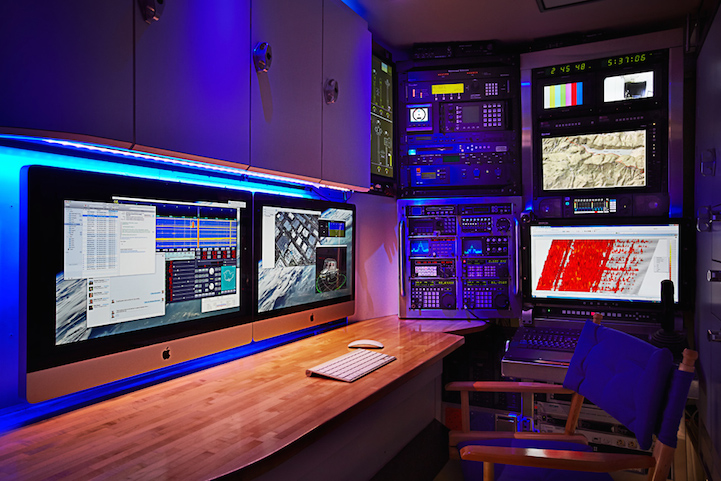 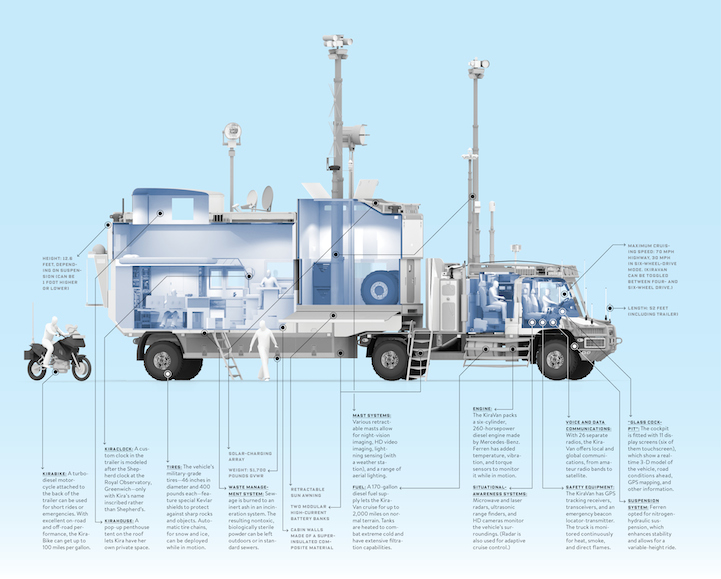