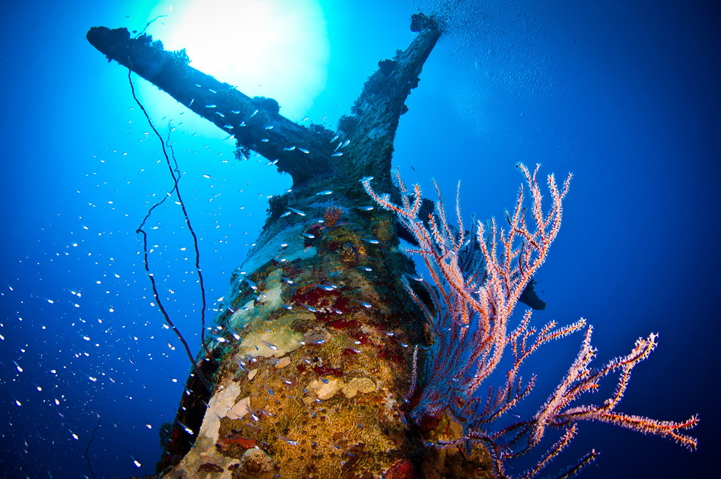 At the bottom of the sea lie incredible and unexpected sanctuaries for ocean life that were once fighter planes used during World War II. Photographer Brandi Mueller dove down to document these unusual, underwater habitats. Located near the Marshall Islands, this “aircraft graveyard” is home to more than 150 once-intact warplanes, including F4U Corsairs, Douglas SBD Dauntless dive bombers, F4F Wildcats, and B-25 Mitchells.

So, how did these aircrafts find their way to the bottom of the ocean? It's not because they were damaged in combat, but rather, because of logistical issues. The planes were in perfect condition, but it would've cost more to transport them back to the United States than to submerge them below the sea.

After being underwater for 70 years, the planes have deteriorated and become a place for beautiful, vibrant ocean life. Their metal surfaces have transformed into colorful living statues, and Mueller's photographs showcase schools of fish, algae, and coral reclaiming the manmade aircrafts, dwelling within their crevices.

For the photographer, it's a surreal experience to encounter these once-pristine planes. “Diving on shipwrecks seems normal,” Mueller told Daily Mail, “you expect ships to have sunk. But seeing planes underwater is strange, planes don't belong in the water, they belong in the sky, so it feels weird to dive on them.” 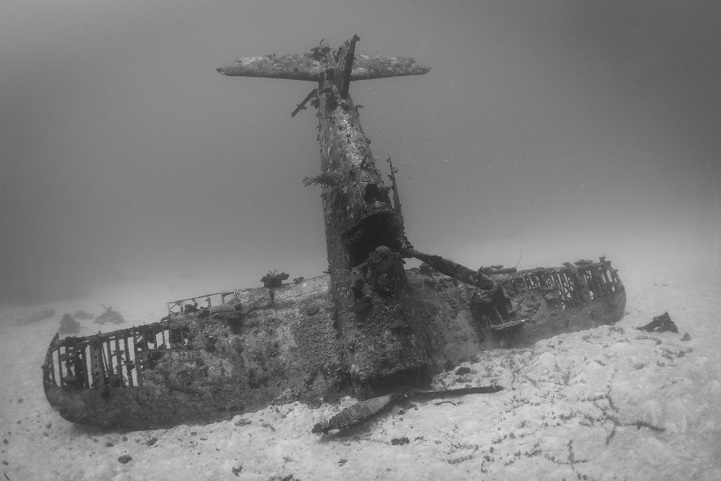 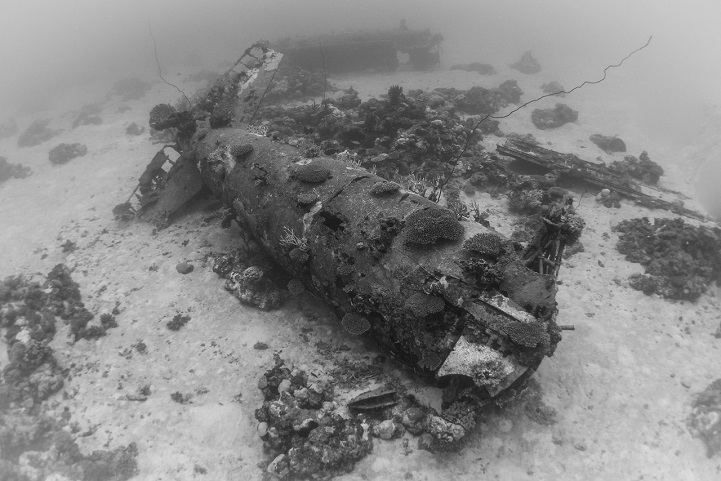 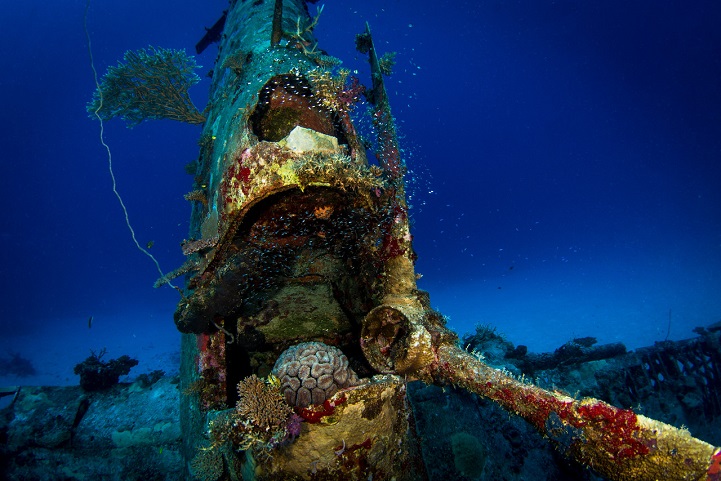 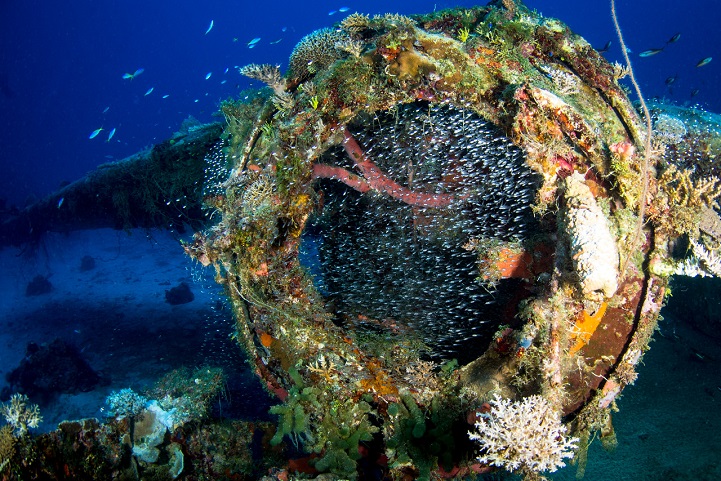 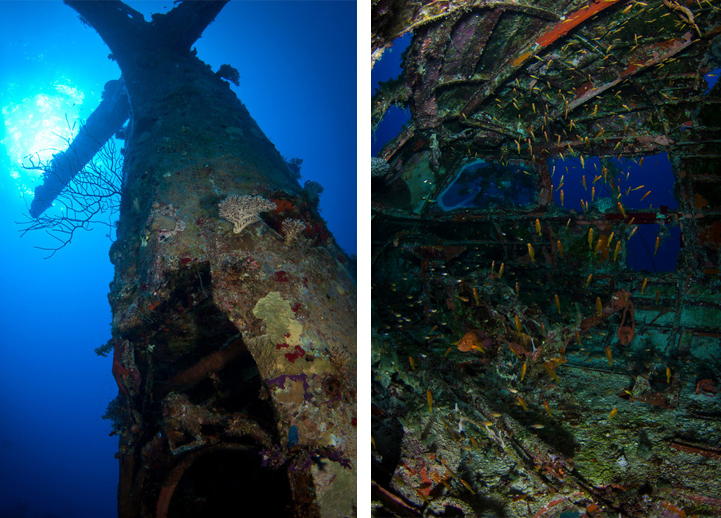 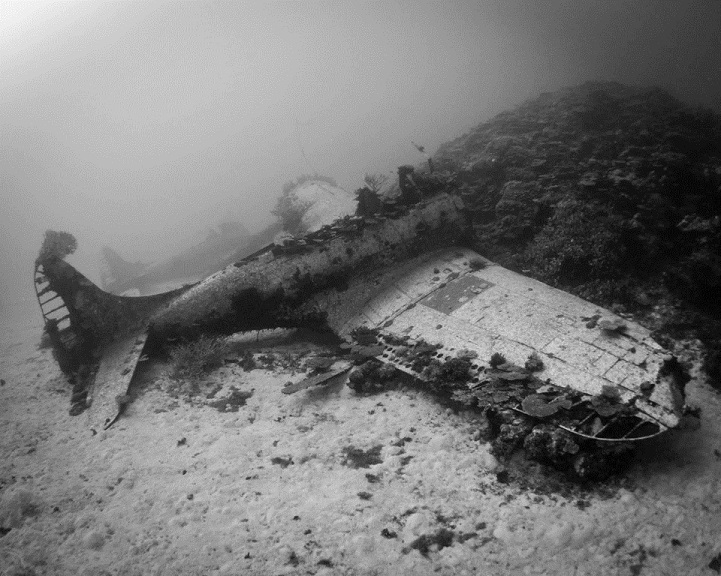 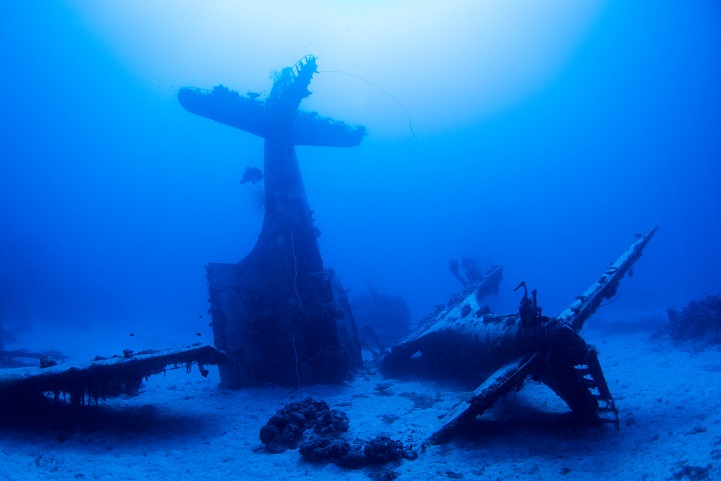 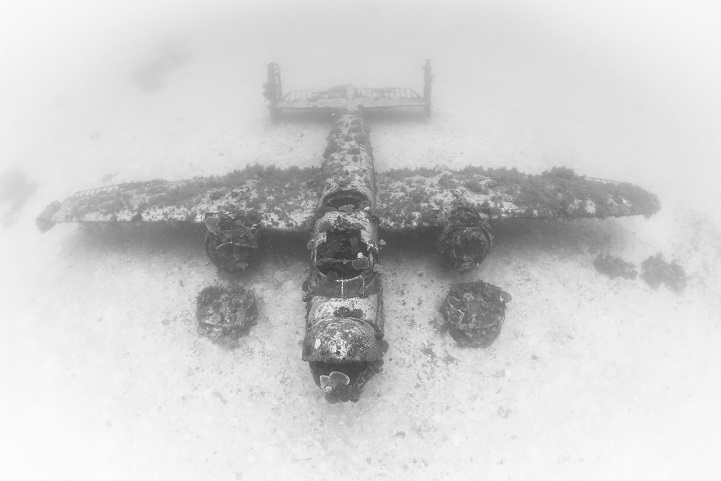 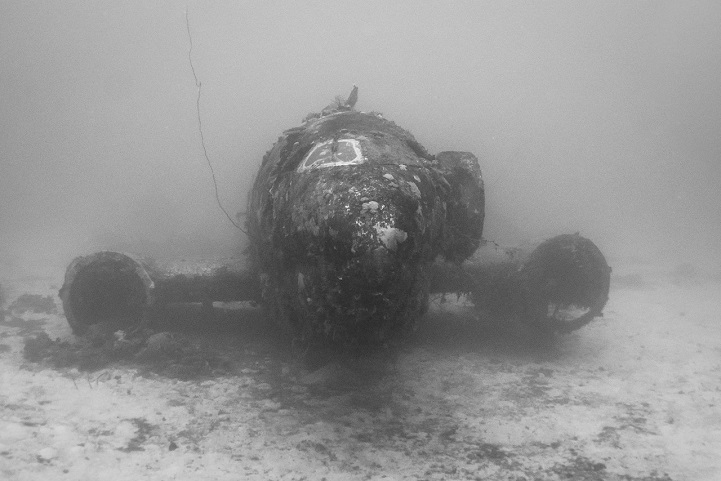 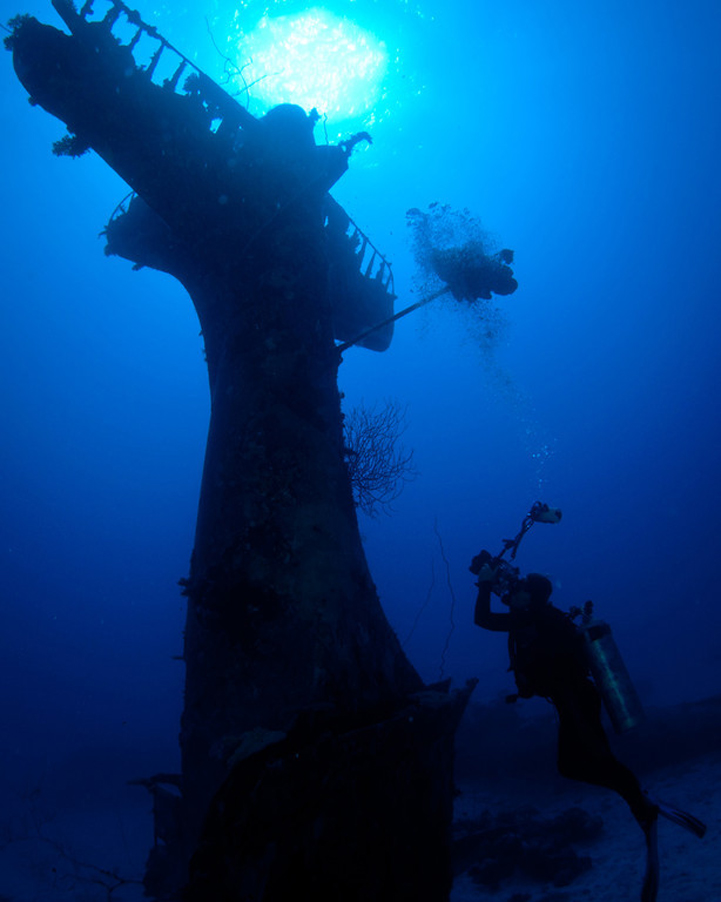