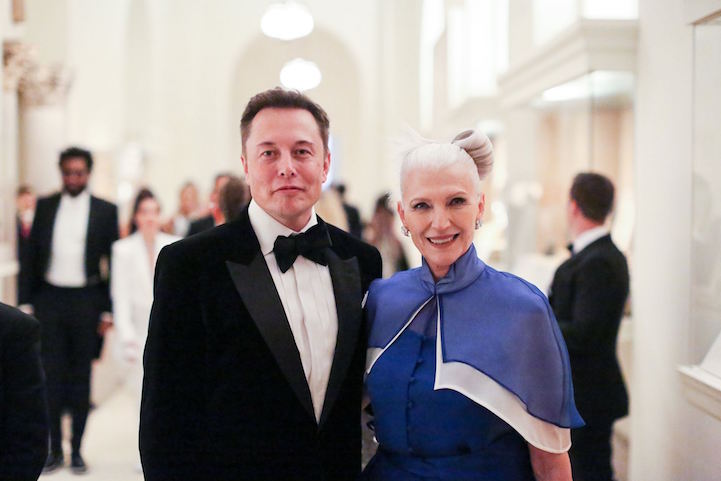 On a typical day, Humans of New York founder and photographer Brandon Stanton snaps portraits of the average passersby he encounters on the streets of New York City and other international locales–not sleek shots of chic celebrities. So, when Vogue invited Stanton to photograph Monday's black tie Met Gala, an exclusive fundraising event for high-fashion VIPs, he took a different approach than his other camera-wielding compatriots.

As he did at last year's Gala, Stanton chatted for up to ten minutes with each of his subjects, approaching a-listers and employees alike with his trademark soft-spoken demeanor. The resulting images capture the true personality beneath the stylish suits and gowns, emphasizing the loving relationships between pairs of dates, as well as individual attendees' stories. By conducting each portrait against a relatively uncrowded backdrop, he imbued each one with a sense of sincere intimacy.

You may recognize some familiar faces in the photos–like Elon Musk, above, as well as Nicole Kidman and Tavi Gevinson–but in Stanton's standard style, the portraits are left anonymous. Instead, each one is captioned with a quote that invites viewers to consider the shared sentiments that unite all of humankind–stylish stars or not.

Above: “From the moment he could speak, he could discuss.” 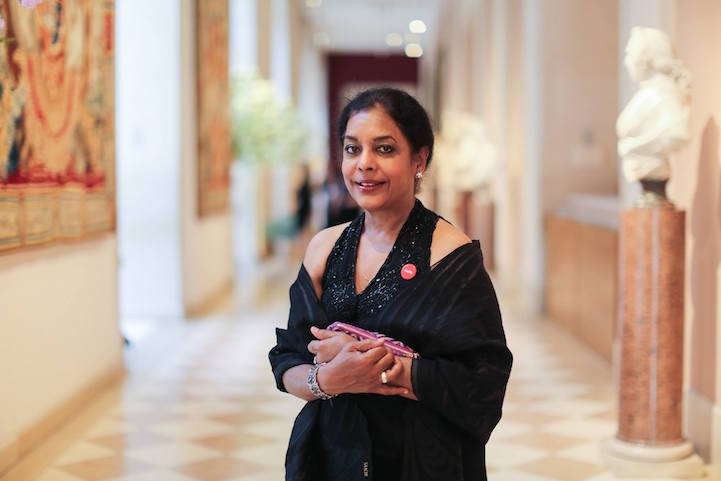 “I grew up in India where a woman got married, settled down, and kept a house. I never thought I'd do anything different. I lived a very sheltered existence. I went to a British school, then a women's college, and then I met my husband. I assumed that I'd be taken care of for the rest of my life. But shortly after we came to America, my husband slipped into a coma and lingered for another 15 years. We had a small child at the time. I'd never worked before, except for a part-time job in the bookshop at the Met. I was a very quiet person. And suddenly I had to make all of the decisions. I had to get a full-time job. It was empowering. I learned that I could be fearless, I could be angry, and I could fight. These were three things that I'd never had to do before. I was thinking recently that if my husband had lived, he might not have liked who I've become.” 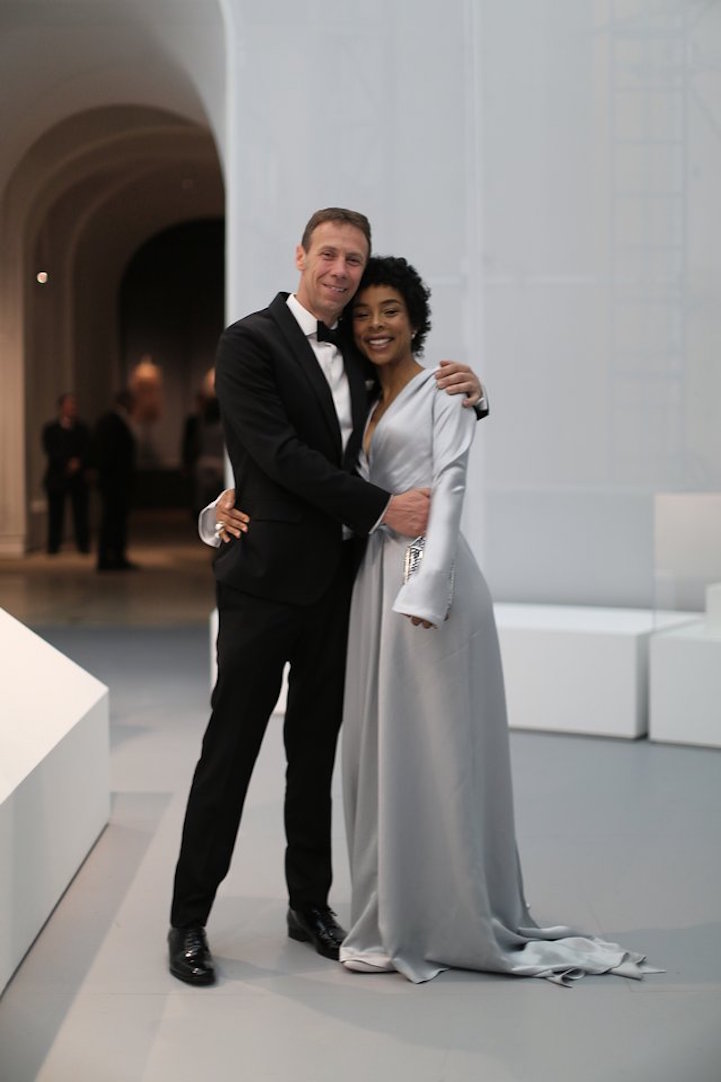 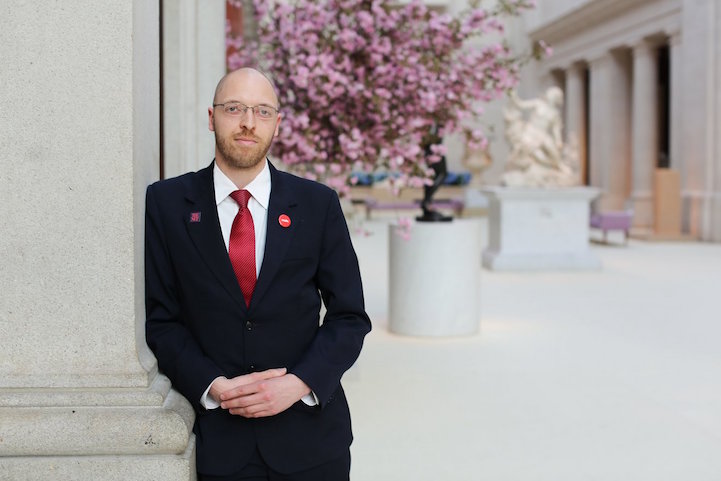 “I started failing all my classes when I was 20, dropped out of college, hitchhiked around a little bit, and ended up at a Buddhist monastery for six years. My relationship with my teacher was very worshipful at first. He taught me everything: how to meditate, how to work, how to teach. He seemed to know everything. And he seemed to know more about me than I knew myself. So I completely depended upon him. Then he had a sex scandal. And when that happened, I didn't know what to do. I couldn't lean on him anymore. So I moved to the city and got my bachelor's degree at City College. I'm glad for my time at the monastery. It taught me discipline. But I don't think I'll ever be idolizing anyone again.” 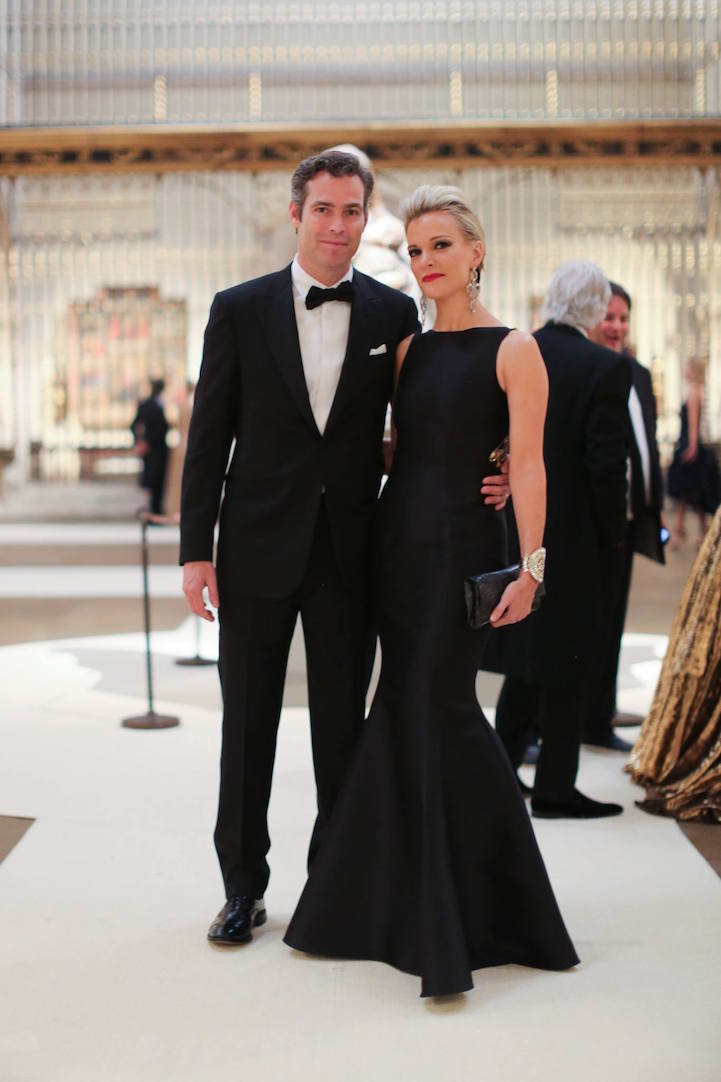 “We started dating shortly after she acquired a stalker–bad start, I know. So she had security with her 24/7. Our first date went great. It was the kind of night that was clearly going to end with a kiss. But I had to kiss her in front of the security guards. It was awkward. It was like our parents were watching. The next morning she knocked on my hotel room door. She was alone. She walked into the room and said: ‘I can do better.'” 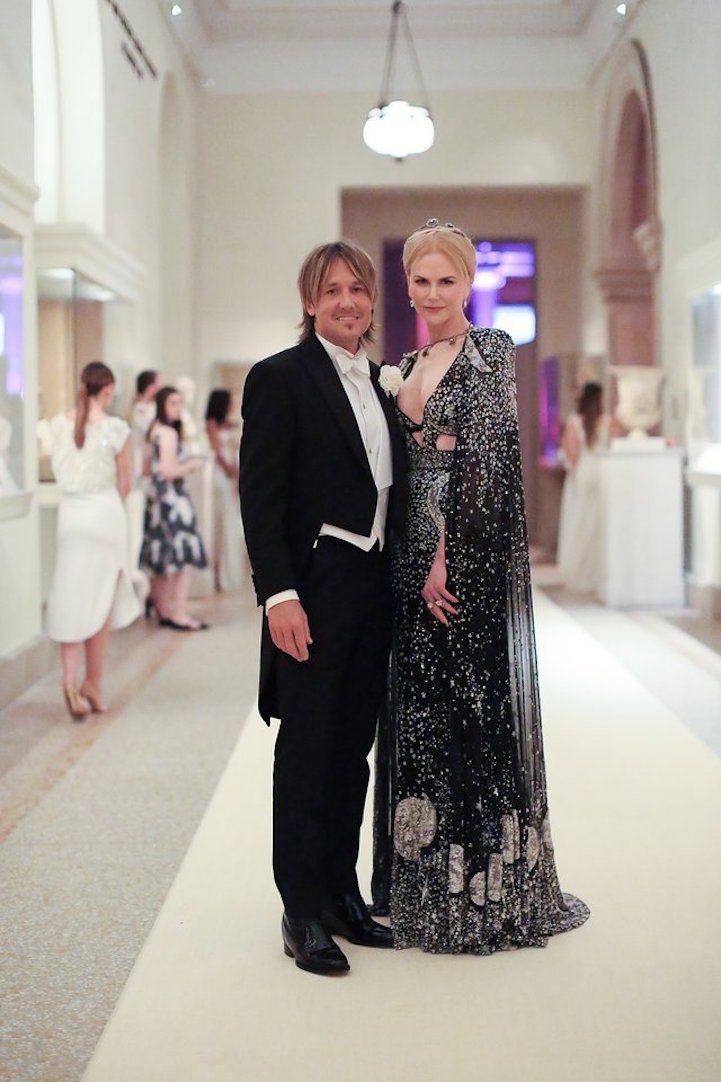 “We always tell each other: ‘Whatever form you came in, I'd love you.'” 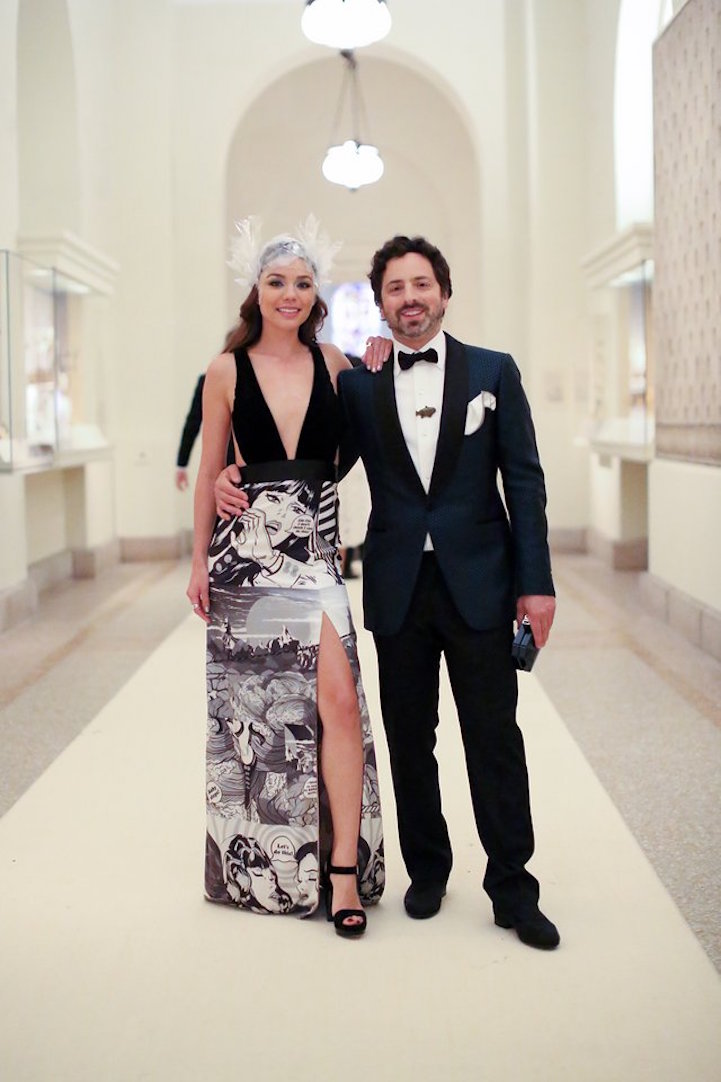 “He lets me pick food out of his teeth.” 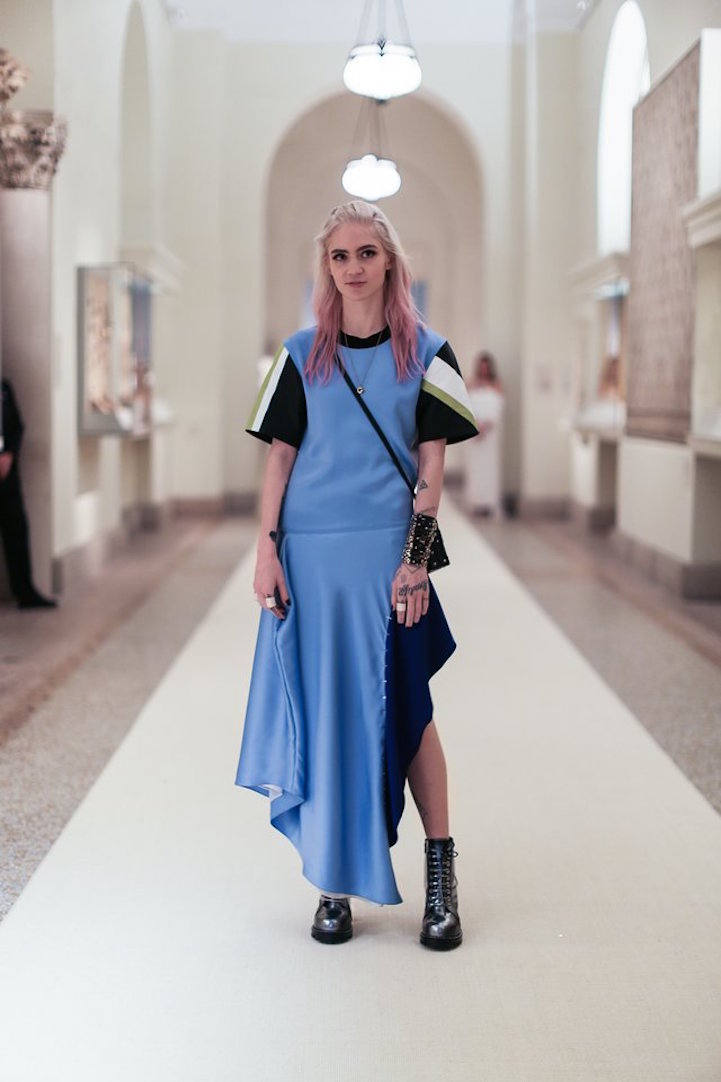 “I'm afraid we're moving toward an environmental apocalypse where everyone is going to be living in slums and I'm going to be a 60-year-old woman gasping for breath.” 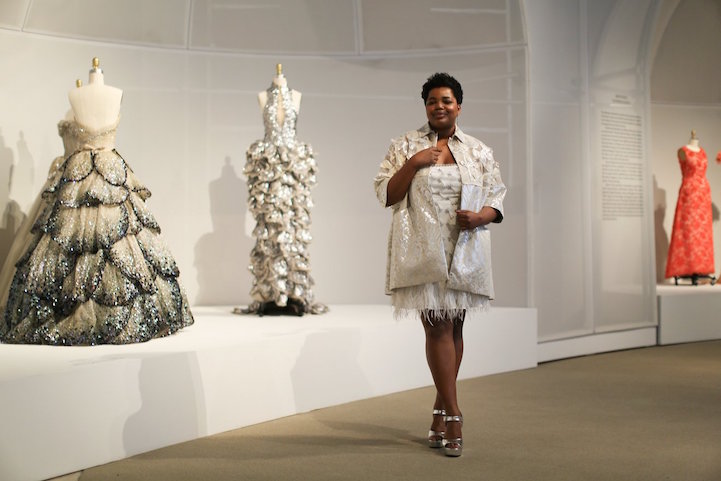 “I'm a fashion associate. I come from a family of doctors and lawyers, so I do feel frivolous at times. Fashion is a luxury. I know that everyone gets dressed in the morning, so clothing is a necessity, but a dress like this is not even for the one percent–it's for the .001 percent. But there's something magical about that. When I was a little girl, I put pictures of these dresses on my bedroom wall. It's what I aspired to. And this dress was somebody's dream and vision. Fifty artisans spent thousands of hours making this. That doesn't seem frivolous to me. That seems like servitude and artistry. It's people doing what they love.” 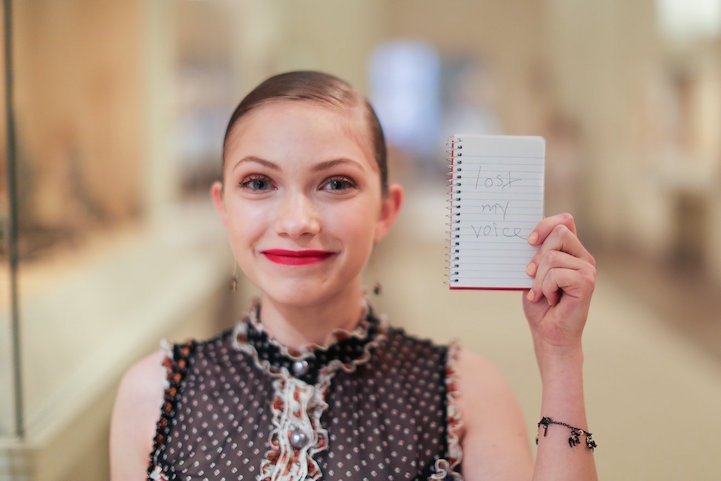 All images via Brandon Stanton.