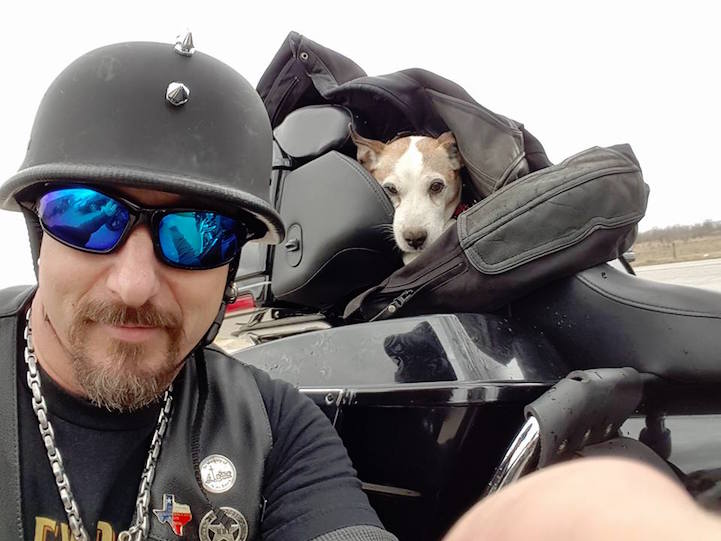 Brandon Turnbow was riding to meet his father when he noticed something odd. From the seat of his motorcycle, he saw a blue SUV on the side of the road. The driver was leaning in to the car and punching something. Before long, the man threw a little white dog into a ditch, slammed his car doors, and drove off. Turnbow quickly turned around and found the dog, shaking and breathing heavily, about two feet near the edge of a crowded highway. “I take a chance and just fold my body over him to see if he will bite or trust me,” Turnbow writes. “He then just lays his body into me shaking so I just stand up with him in my arms and sit him on the bike seat.”

Before taking off to meet his dad with the dog seated on the back of his bike, Turnbow turned on his motorcycle so the pup could get used to the sounds and vibrations. He then waited for the road to clear and took off, repeatedly checking to make sure his furry friend was okay. After a short time, they reached a parking lot and waited for Turnbow's dad. When they met up and the dog's situation was explained, the trio took off so they could ride the 45 miles back to Turnbow's home and make sure the dog was safe. “We come to a stop at a 4-way red light and I look back and he is sitting there like he has rode all his life,” Turnbow explains.

As they made their way home, the dog seemed to be enjoying himself. Turnbow noticed that he loved having the wind in his face and savored all the different countryside scents. Whenever they would pass a car, the driver would slow down so everyone inside could wave and smile. At that point, Turnbow realized that he'd adopted a new co-pilot into his family and, later on, he decided to name him Mr. Davidson. 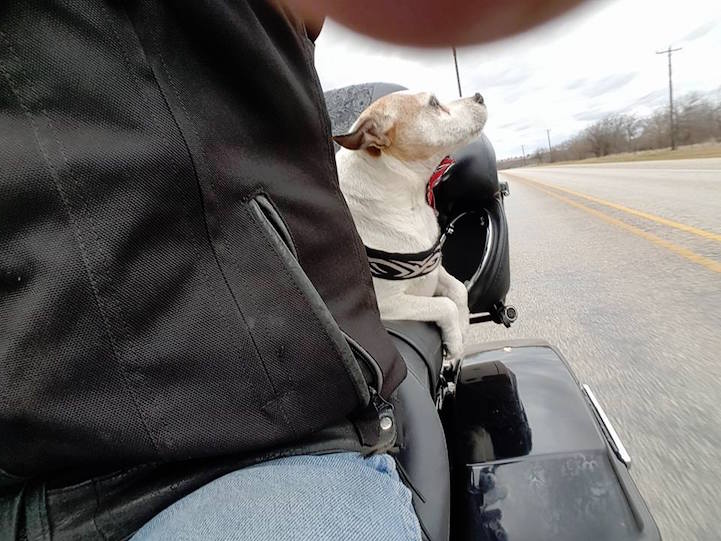 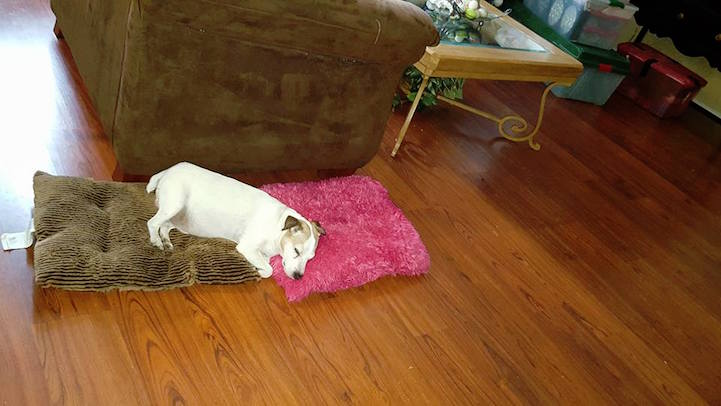 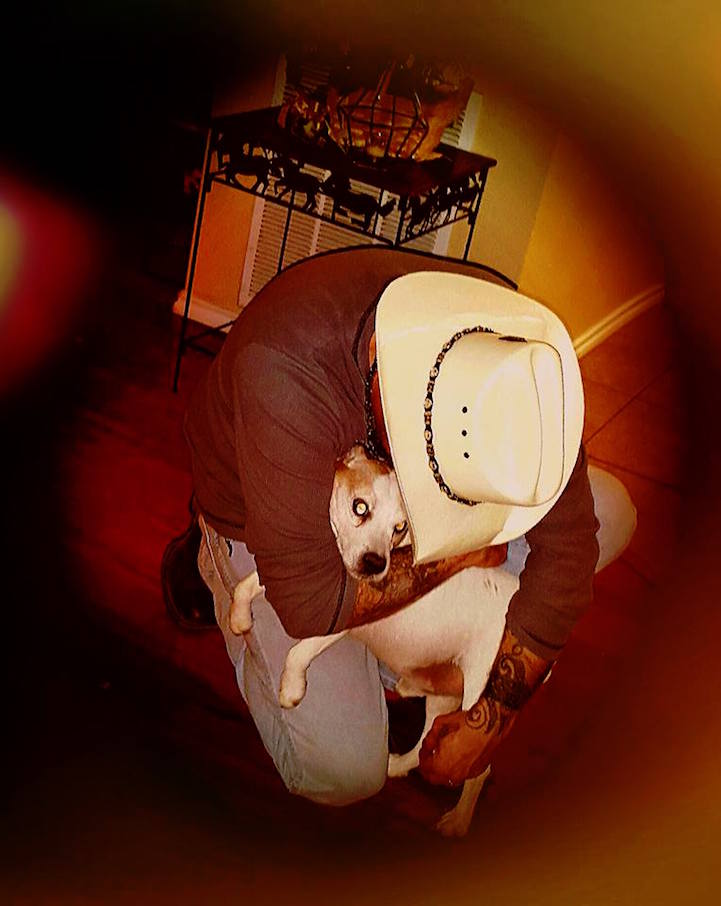