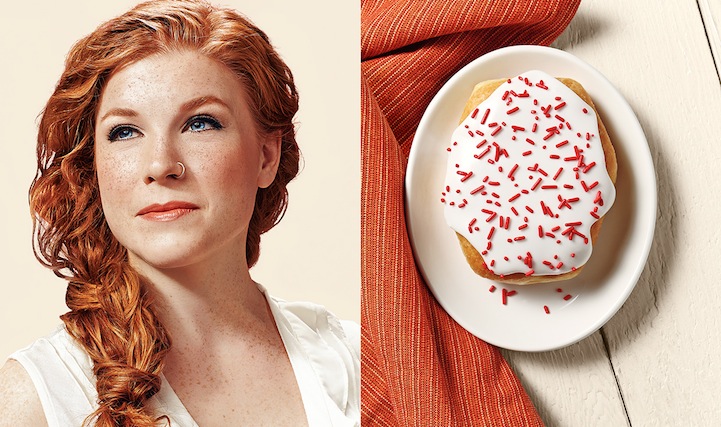 In this powerfully visual project, St. Louis-based photographer Brandon Voges found ways to compare people's faces to different types of donuts. He identified similarities between the portraits and various breakfast pastries–like a boston creme or a frosted cruller–from Strange Donuts in St. Louis. He then juxtaposed the two images together in diptych form to produce a creative comparison of facial features and delicious treats.

Voges developed the project, entitled Donut Doubles, in collaboration with advertising agency The Marlin Network as a teaser for the network's yearly breakfast event at an annual food show. Using an interpretive eye, Voges saw the shapes and coloring of each face and found ways to mimic those features through dough, frosting, and sprinkles. The matching backgrounds, different fabric elements, and dynamic lighting generate qualities that go quite perfectly together. 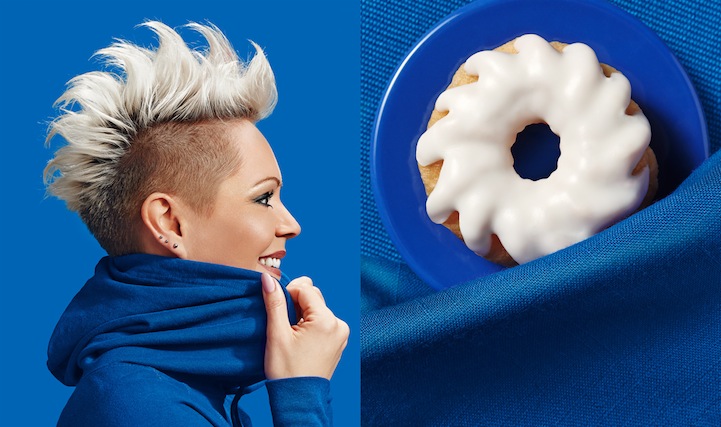 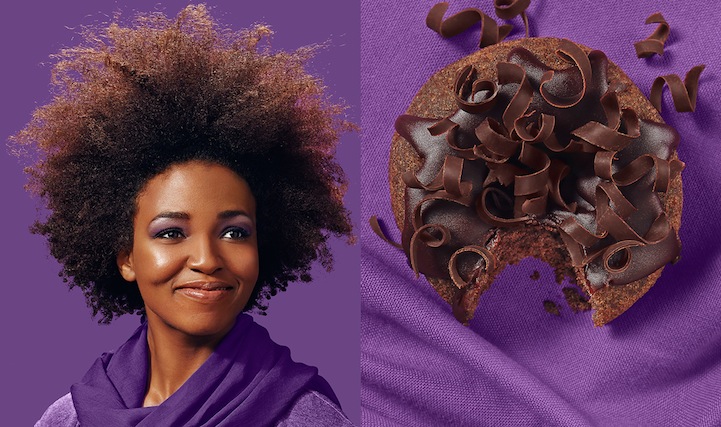 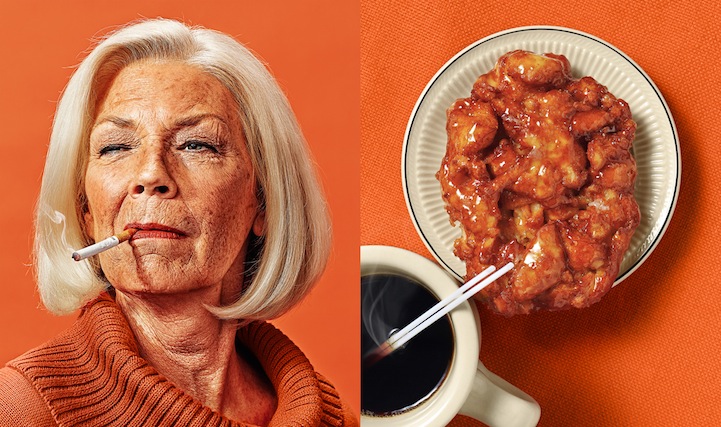 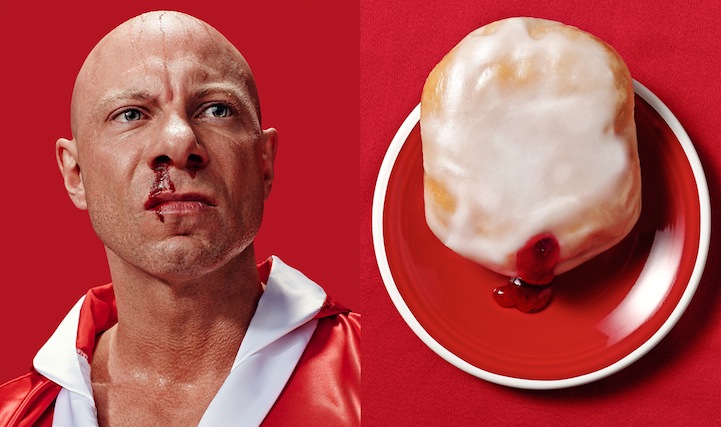 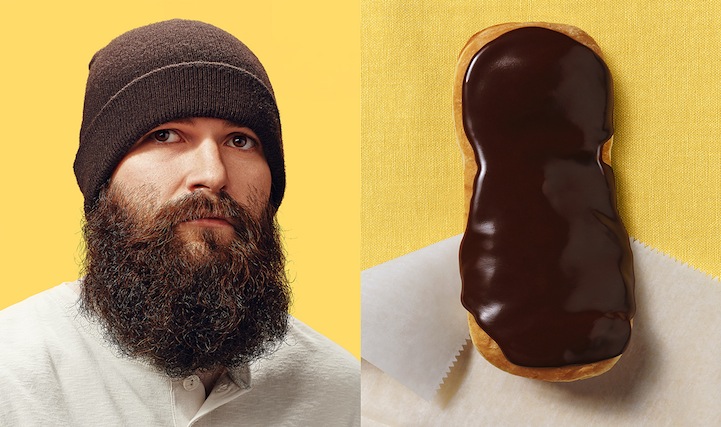