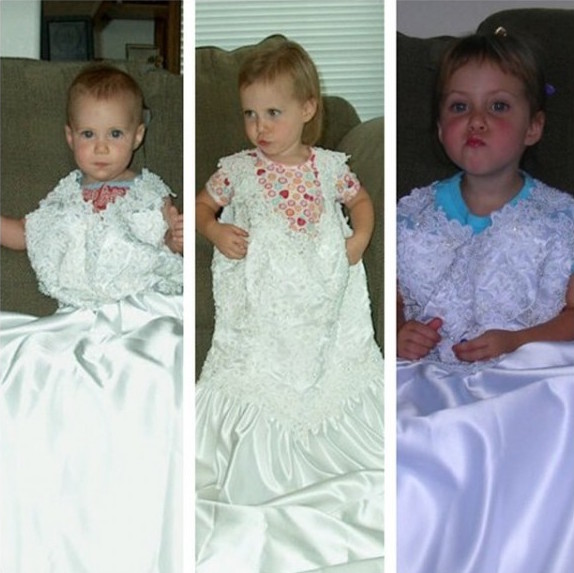 Every year on her birthday, Allison Yearous poses for a picture in her mom Brandy's wedding dress. This tradition was inspired by a similar ritual that her older brother Ryan began when he was a baby. Before giving birth to her first child, their mom Brandy was reading an article covering the best and worst advice for all the moms out there. One of the statements caught her attention and said that parents should photograph their baby boy in their dad's jeans every year so they can observe him as he grows. Brandy took this advice and captured the first photo of now 14-year-old Ryan in his father's jeans at the hospital.

Though Brandy wanted to continue the tradition with Allison, she realized that women's jeans wouldn't work the same way because styles are always changing. That's when she decided to use her wedding dress instead. “I wanted something that was going to look exactly the same every year,” she told BuzzFeed. Since Brandy was unable to bring her wedding dress to the hospital, Allison couldn't take her first photo after she was born. However, she's done so every year since and, as time goes on, Brandy has noticed that the dress is starting to fit her daughter.

One specific memory that stands out in Brandy's mind is when the dress' straps no longer fell off Allison's shoulders. “That year just made me go, ‘Oh…you're really growing up,'” the mom revealed. “She's grown up enough, [so] I start to see her in a wedding dress. It's becoming less my dress and more her growing into a young lady.” Even so, Brandy doesn't expect Allison (who's now 12 years old) to wear the dress on her own wedding day, but she does want to get a snapshot of her wearing it before she walks down the aisle.

Overall, Brandy hopes that her children continue this tradition with their own families in the future. When talking about Allison, Brandy added, “It's a way to celebrate my marriage and show her what she has to look forward to.” 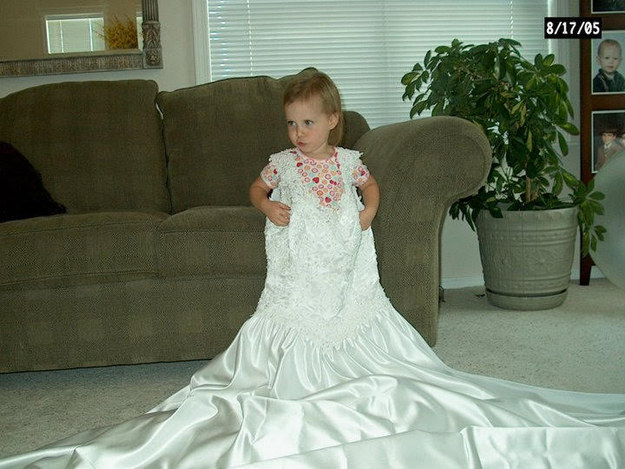 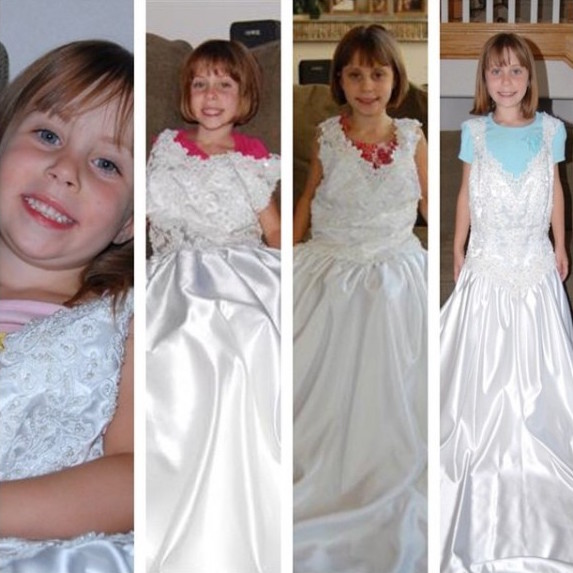 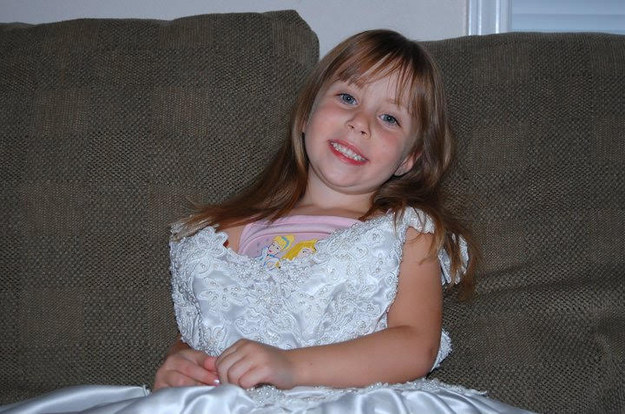 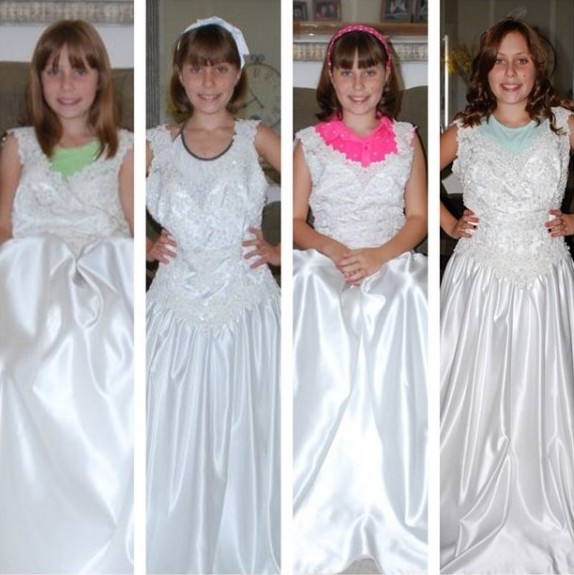 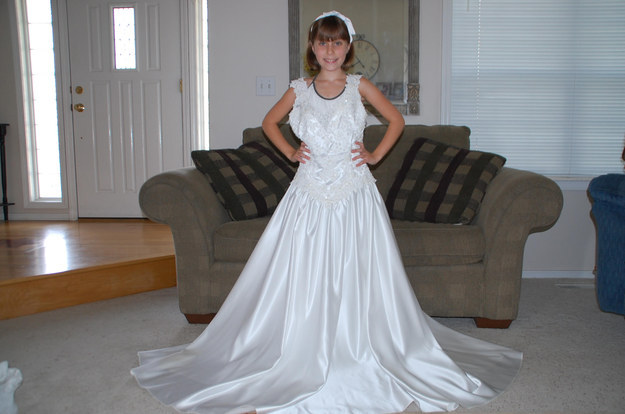 Allison's brother Ryan wearing his dad's jeans as the years go by: 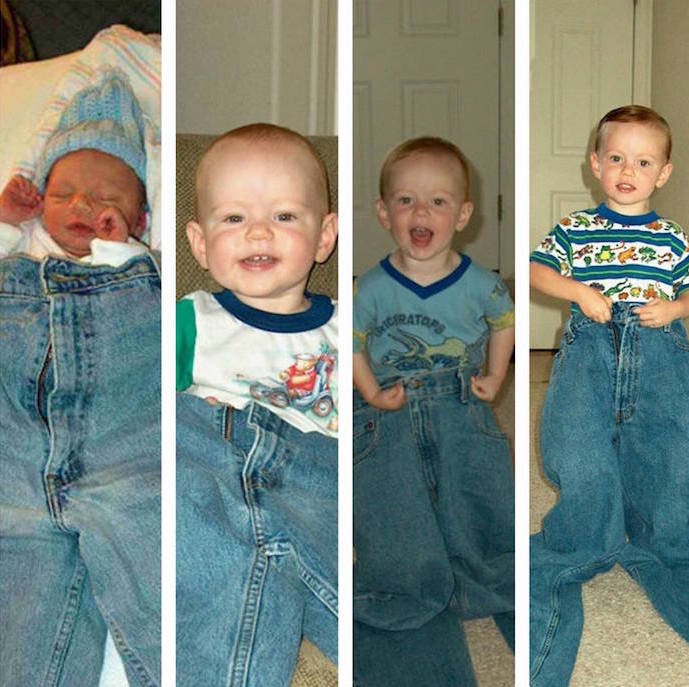 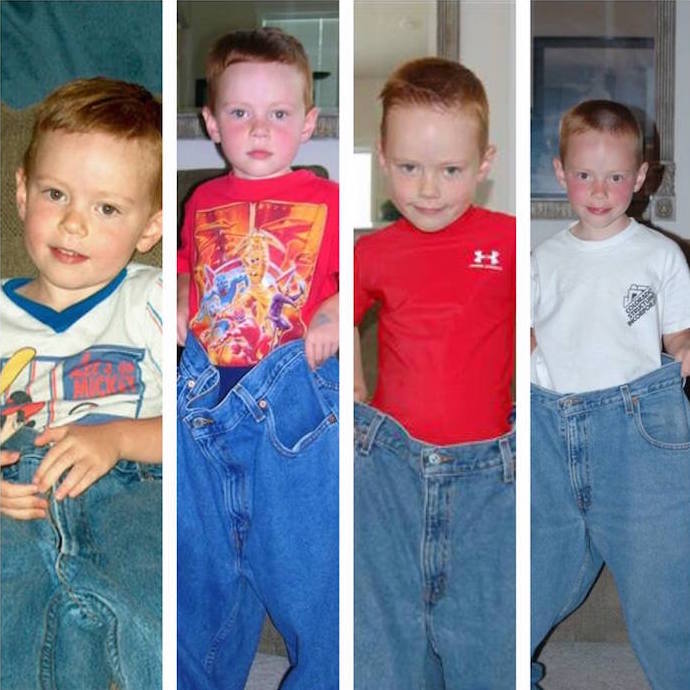 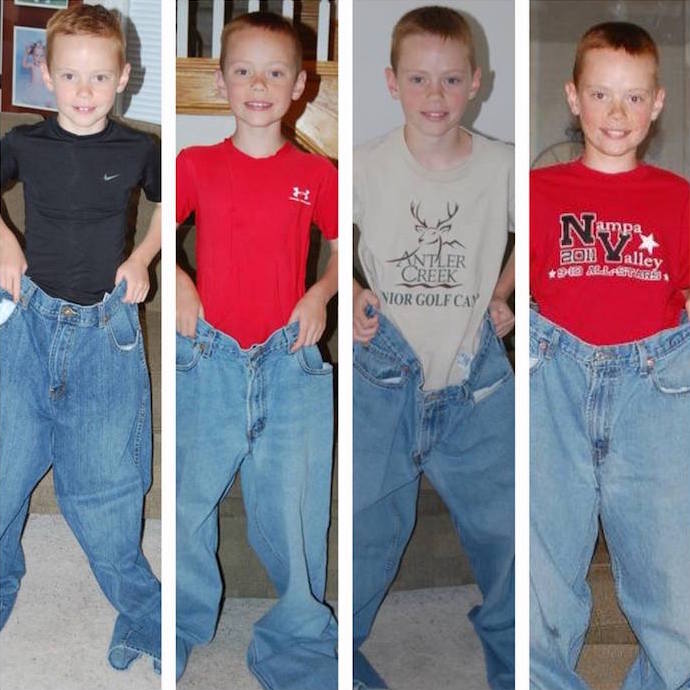 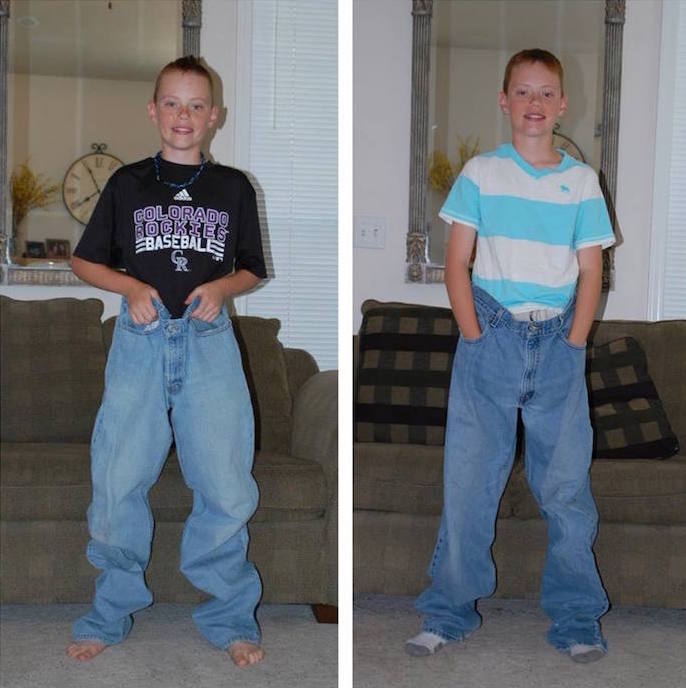