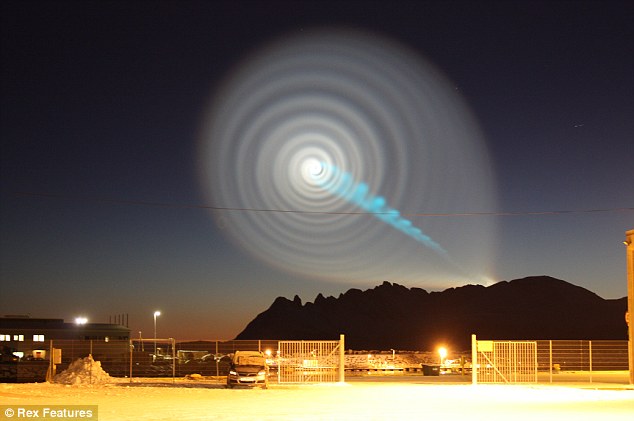 A mysterious giant spiral of light that dominated the sky over Norway yesterday has stunned experts, raising the possibility of an entirely new astral phenomenon.

Thousands of awe-struck Norwegians bombarded the Meteorological Institute to ask what the incredible light, which lasted for two minutes, could possibly be. Theories have ranged from a misfired Russian missile, meteor fireball, never-before-seen type of northern light, black hole and even alien activity.

Witnesses across Norway all described seeing a spinning “Catherine wheel-style” spiral of white light, centered around a bright moon-like star. A blue “streaming tail” appeared to anchor the spiral to earth, before the light “exploded” into a rotating ring of white fire.

He agreed with many other experts that the spiral pattern could have been caused by a missile from Russia, something the Russian military have strongly denied. 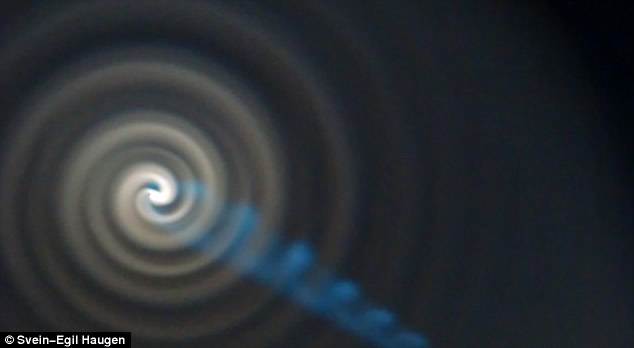 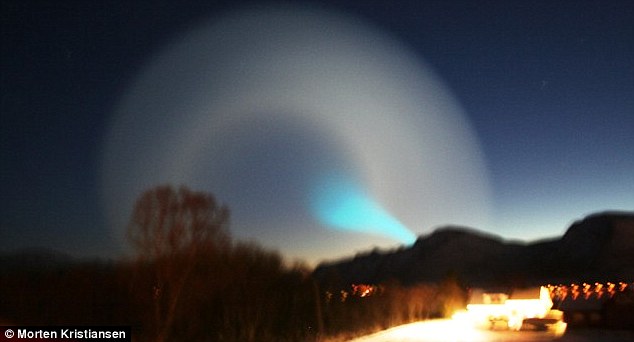