Man Toasts Giant Marshmallow Over Fire Made Entirely of Snow 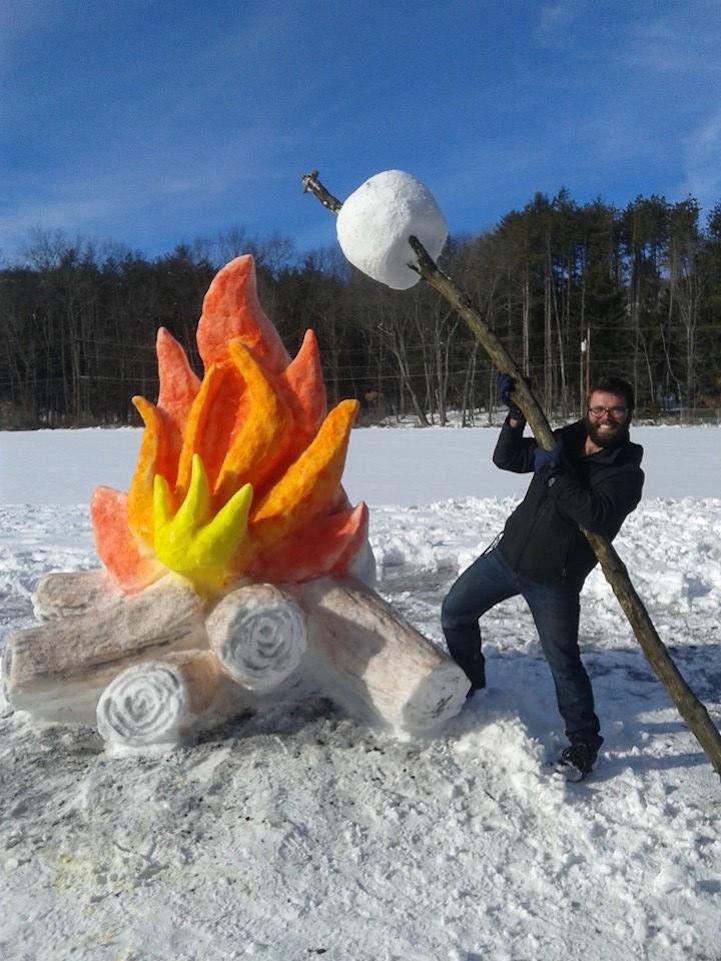 As massive amounts of snow have coated US cities like Boston and New York, there's one sure-fire way to make the most of it – build a snow sculpture! Brendan Schaffer, of Schaffer Art Studio in Stillwater, New Jersey, constructed this fantastic, larger-than-life fire and marshmallow completely out of snow. He even used food coloring mixed with water to “spray paint” the roaring flames and logs. The marshmallow attached to the stick is also a fun, unexpected addition to this frigid kindling.

Schaffer works at Fairview Lake YMCA Camp, and he clambered to have some fun before the blizzard hit. His love of campfires with guests inspired this creation that took more than four hours to complete. We only hope that Schaffer enjoyed some hot cocoa and marshmallows indoors after he finished building! 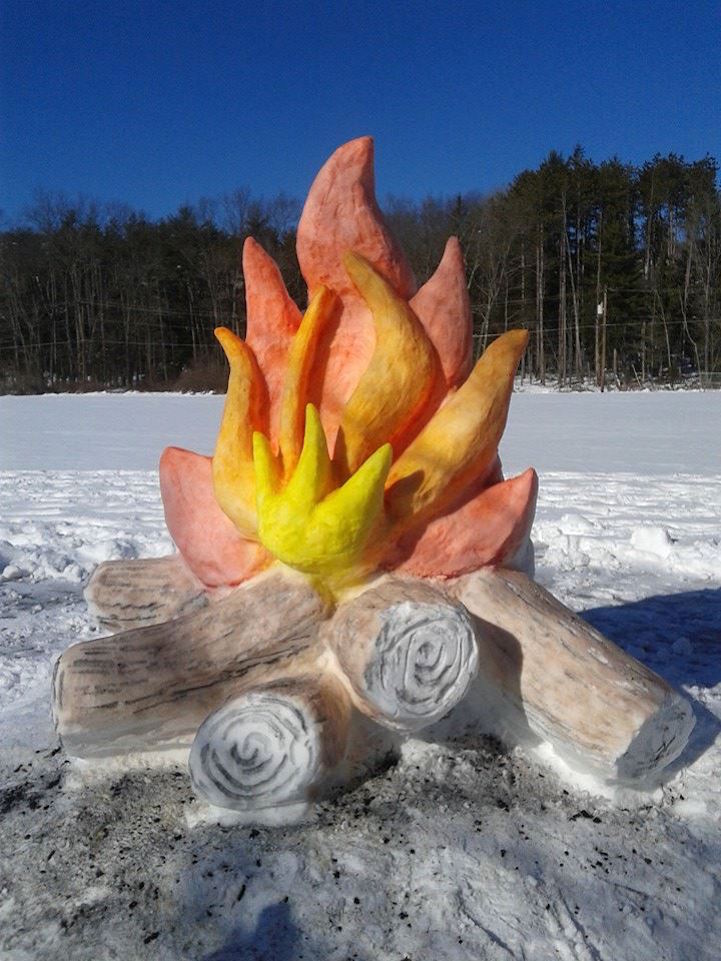 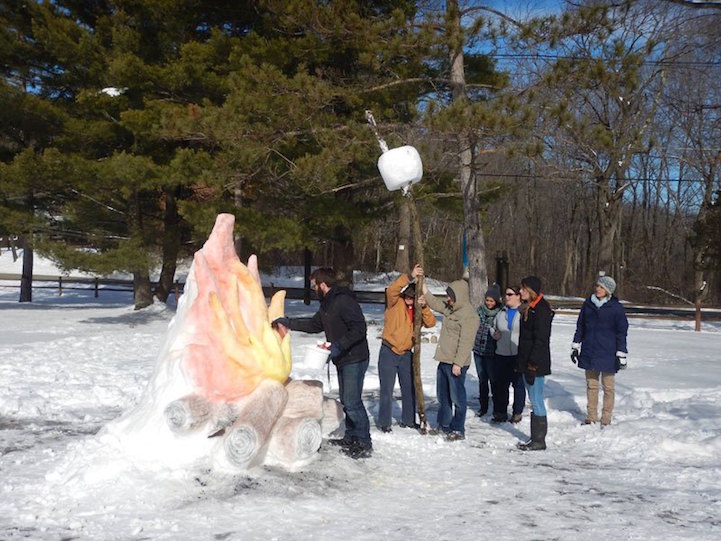