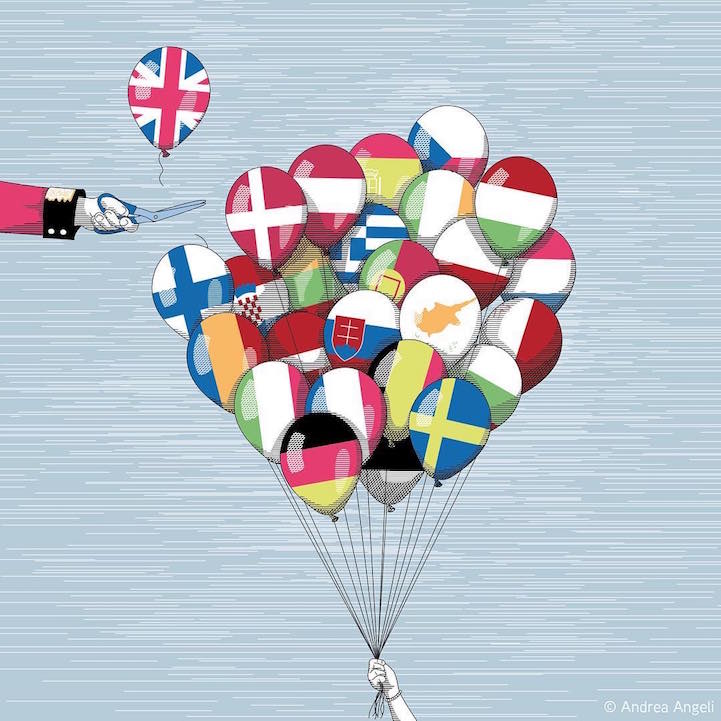 The United Kingdom’s historic voting on Brexit—a referendum on whether to remain in the European Union or leave—came to a head last week, as 52% percent of the country wanted to exit the group of member states. Reactions to the decision were (and continue to be) passionate, as many people express frustration and sadness over the prospect of leaving. They’ve voiced their opinions on social media—a group that includes illustrators, who have chosen to visually depict their thoughts and emotions.

During the Paris attacks, Jean Jullien’s brilliantly concise Peace for Paris drawing became an instant and poignant symbol for the tragedy. The illustrator has since expressed his opinion on the EU referendum, placing himself strong in the Remain camp by drawing arm-linked figures with the caption, “Stronger Together.” Other creatives refrain from expressing a preference either way, and instead conceptualize what an exit means—it’s a balloon being cut from a string and stitching be snipped in two.

Check out how illustrators have reacted to the vote, below. 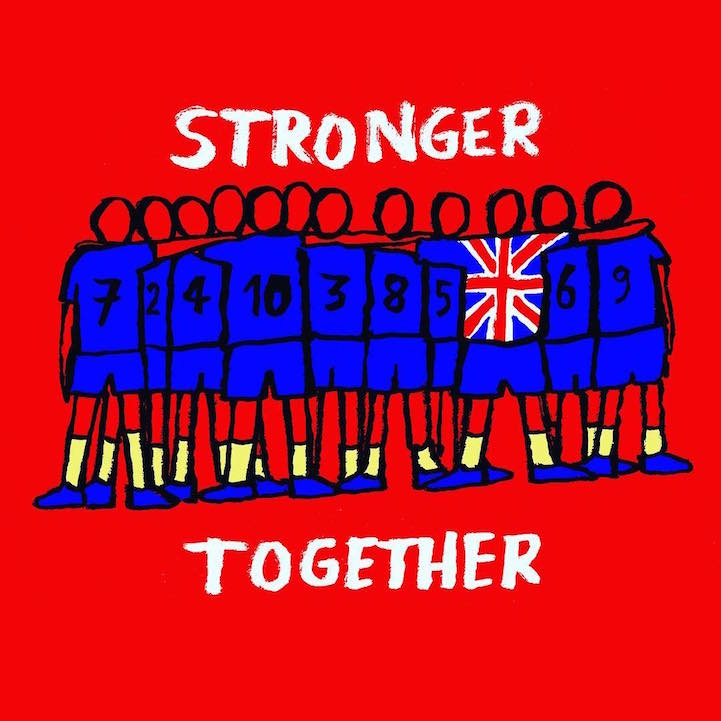 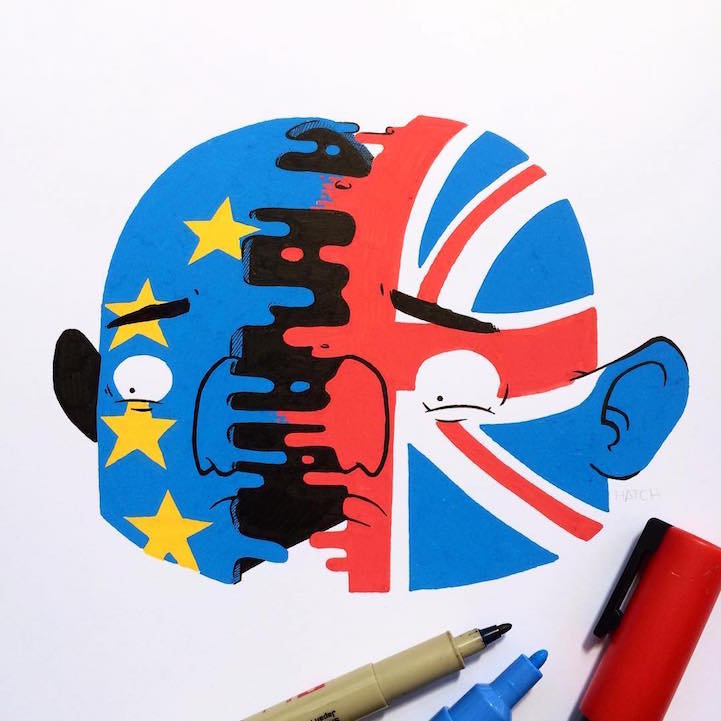 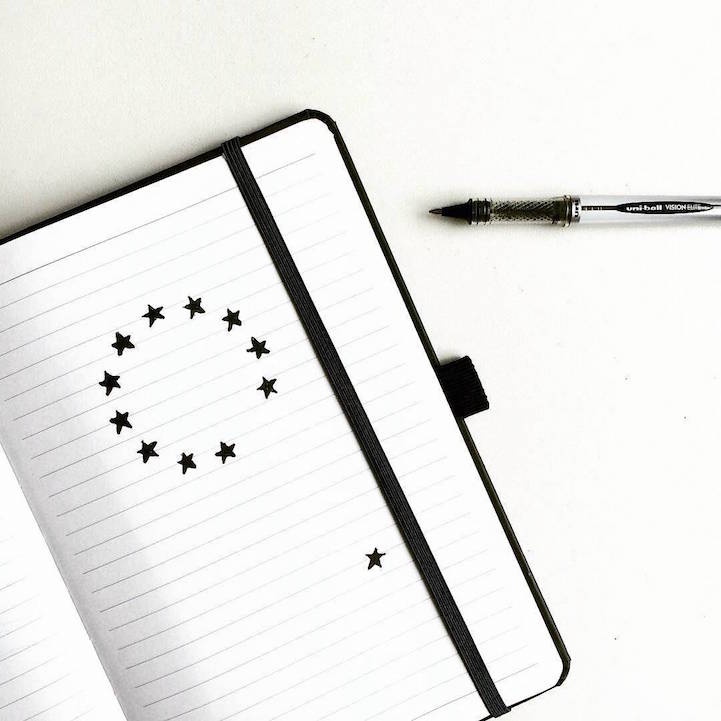 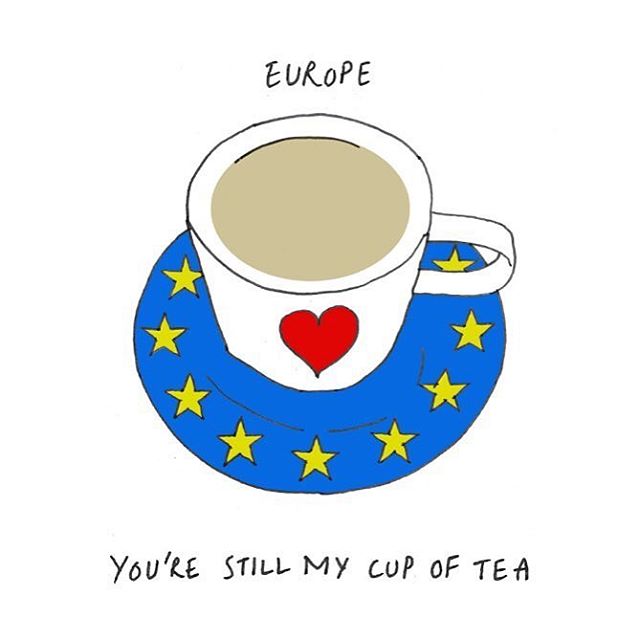 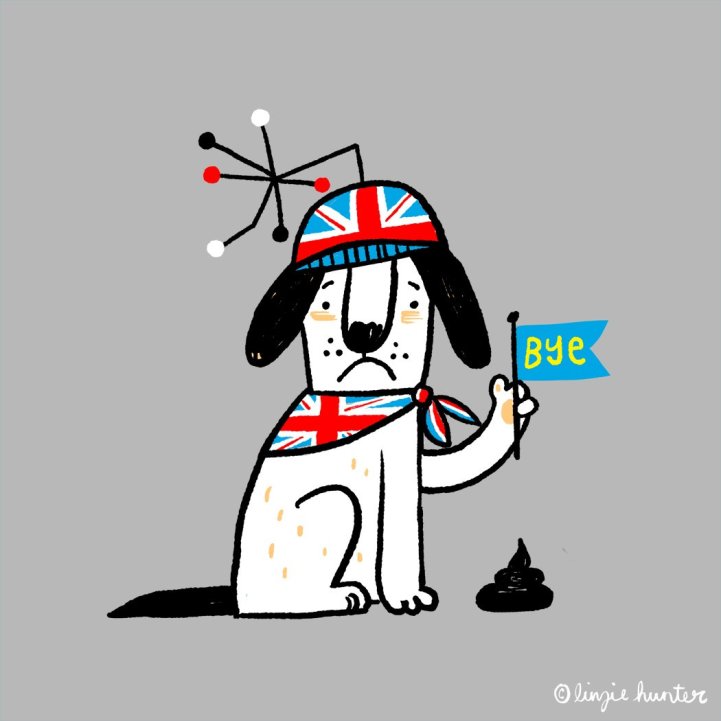 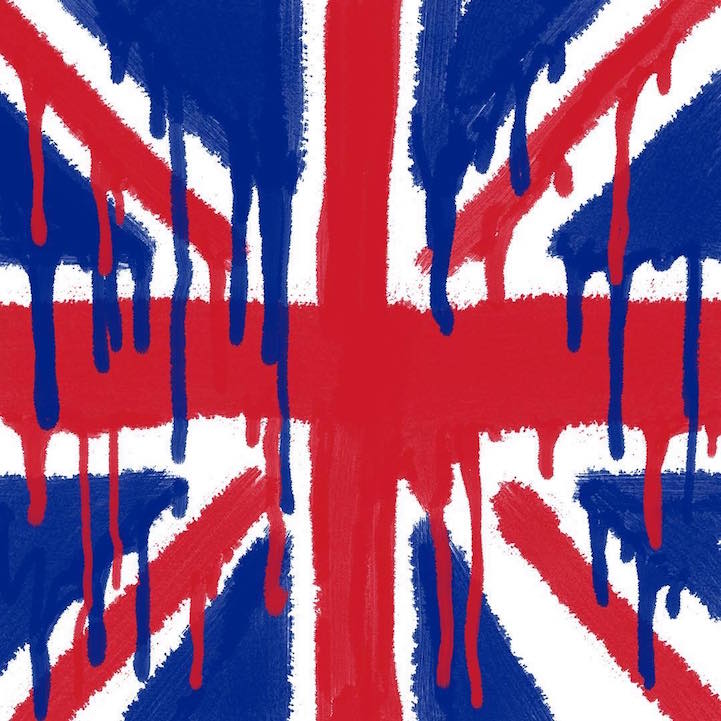 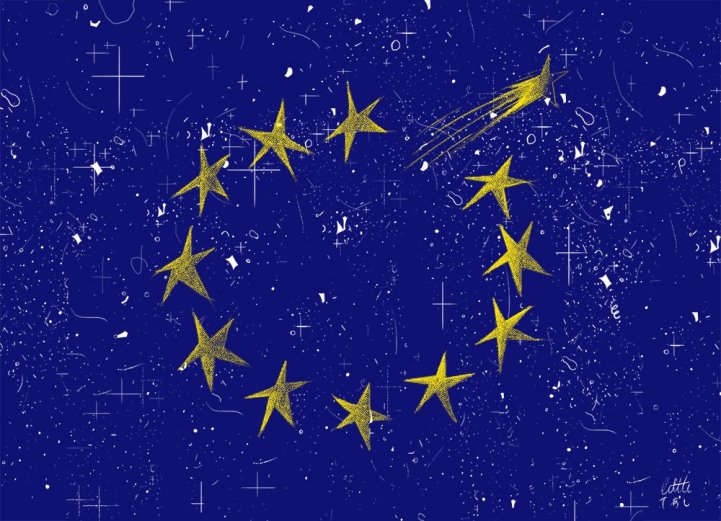 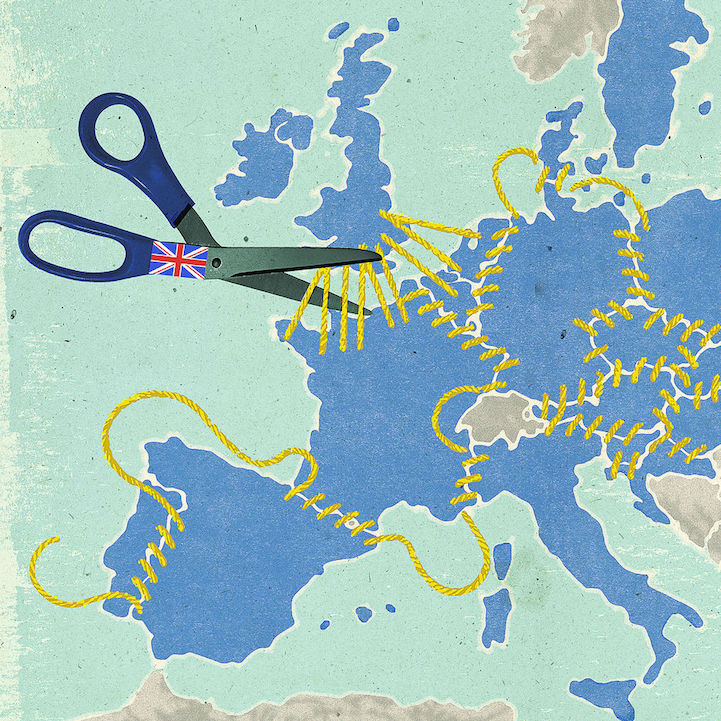 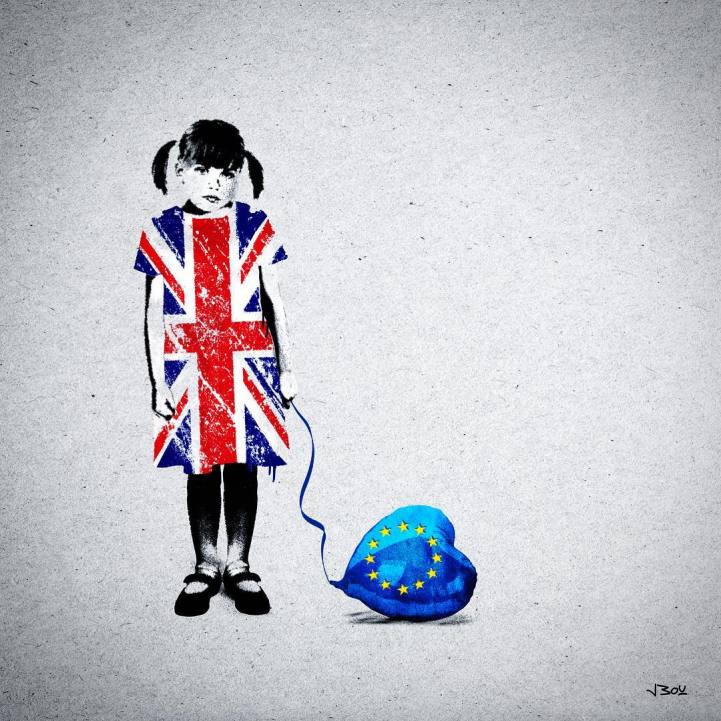