Brilliant Ads Inspired by The Birds 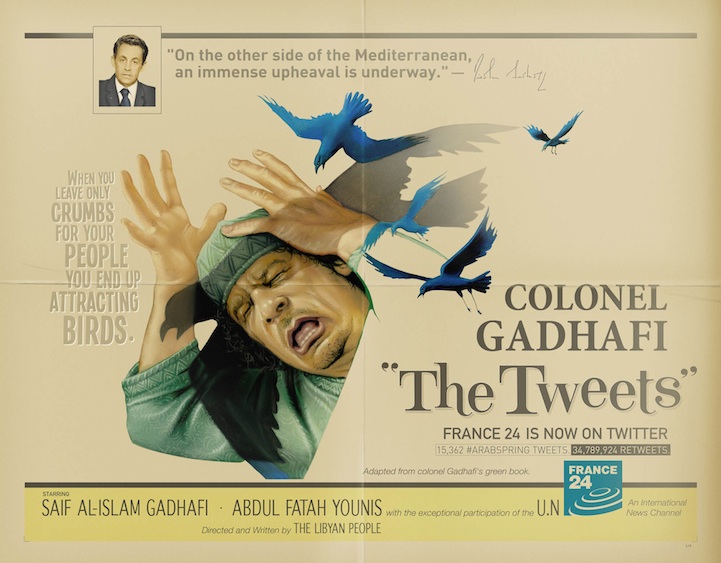 Now this is brilliant! What immediately comes to mind when you see these ads by France 24, the French international news channel? If you said Alfred Hitchock's thriller The Birds then you hit the nail on the head. The 1963 suspense and psychological film was based on the 1952 book of the same name by Daphne du Maurier. It's been said that in the movie, the unexplainable bird attacks are thought to be an apocalyptic metaphor for how nature is thrown off balance by technology and warfare.

Creative agency Marcel made some amazing ads for France 24 that are inspired by that classic movie. But instead of using black crows, they've used birds that were inspired by Twitter. “We all know the role of social networks and Internet in spreading revolutions in Tunisia, Egypt and Libya,” Marcel says. “Social networks are now an essential source of information.

“France 24 and its agency Marcel have decided to highlight the link between freedom of information and freedom of expression on the Internet.”

Notice what is says on the Gadhafi ad: “When you leave only crumbs for your people you end up attracting birds.”

Make sure to watch the video at the end. 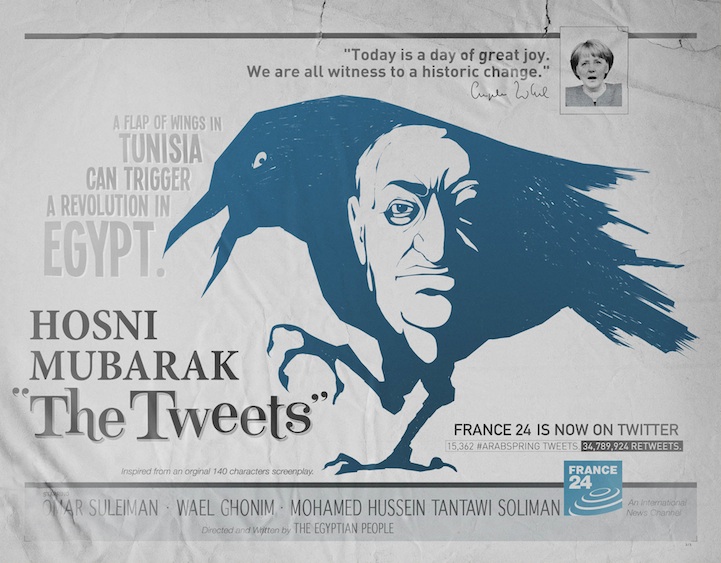 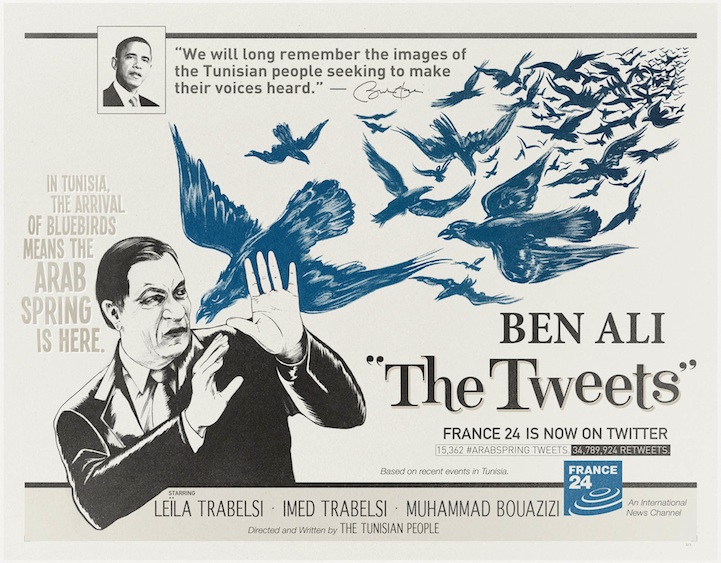