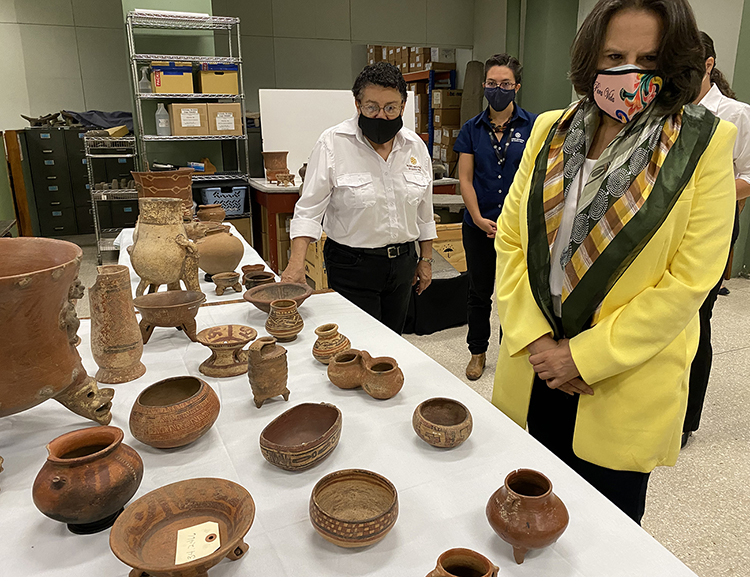 The Minister of Culture and Youth, Sylvie Durán (right), examines some of the newly repatriated artifacts alongside Leidy Bonilla (in white) and Daniela Meneses, from the Heritage Protection Program. (Photo: Museo Nacional de Costa Rica)

After a century away from their Central American home, 1,305 artifacts are returning to Costa Rica. The artifacts—including rare pottery and stone pieces—have long been held in The Brooklyn Museum, a New York institution which gained the pieces from the collection of American railroad tycoon Minor Keith who acquired them in the late 19th and early 20th centuries. This unsolicited return of precious pre-hispanic historical items is a laudatory move as museums struggle with how and when to repatriate items acquired through colonialism, exploitation, and conquest.

The collection of artifacts includes examples over 2,000 years old made by the ancient civilizations of Central America. Among the items returned to Costa Rica are part of an important tombstone and a vase painted with wax lines. Until recently, these items rested in the collections of The Brooklyn Museum alongside countless other pieces from the region. Known as the “Keith collection,” the items and thousands of others were taken from their homeland by the amateur collector.

Around the turn of the century, Keith owned banana plantations in Costa Rica and exploited the labor of the local inhabitants. His exploitive use of labor was paralleled by the steady export of artifacts to the United States. By 1938, he had exported about 16,000 artifacts. Thankfully, in 1938 a law was put into place to help prevent the loss of local history to foreign collectors. Such laws, though not always effective, can be used as legal means for recovering looted artifacts in later years.

While the law does not apply to the collections removed by Keith, The Brooklyn Museum reportedly became interested in returning the items anyways. A first batch was returned in 2011. This latest shipment took three years to coordinate. Items had to be deaccessioned, itemized, packed, and shipped carefully by sea in crates. The pieces were received by the National Museum of Costa Rica, which has begun their own cataloguing of the newly acquired items. Sylvie Durán, Minister of Culture and Youth, highlighted the importance of these repatriated objects as evidence of thousands of years of Costa Rican history. Durán added in a museum statement, “We are deeply grateful to the Brooklyn Museum for the opening to return these pieces to the country, and, of course, to the National Museum of Costa Rica, for spearheading this recovery process.”

The ongoing repatriation of artifacts deemed to be acquired through unjust means is both piecemeal and often contentious. While some museums voluntarily return artifacts, others must be sued for the items (and even human remains) which remain in their collections. What to return, when to do so, and to whom remain points of debate. As highlighted by the National Museum's archaeologist Javier Fallas, this makes The Brooklyn Museum's decision to freely return the items rather rare. Fallas told Reuters, “We don't know why they did it, but it's something very good and atypical in the world.”

The Brooklyn Museum has returned over 1,000 artifacts taken from Costa Rica by a turn-of-the-century railroad tycoon. 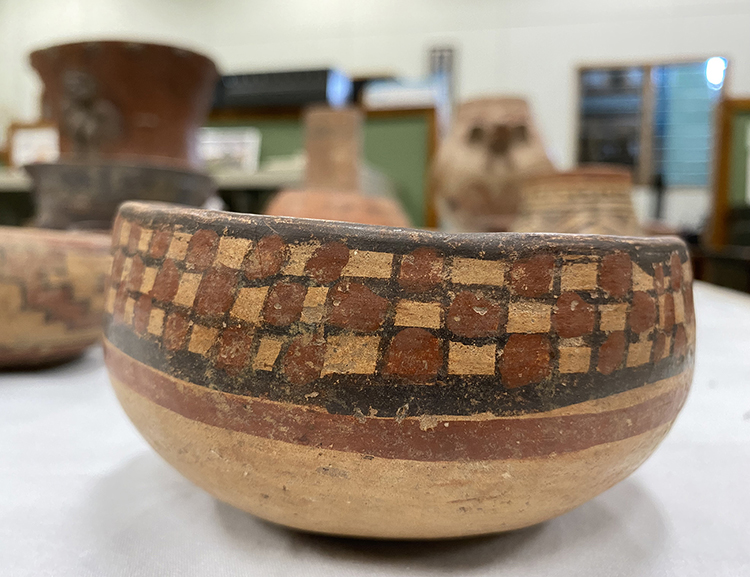 The artifacts were taken from the Central American country before a law was established to protect such national history. 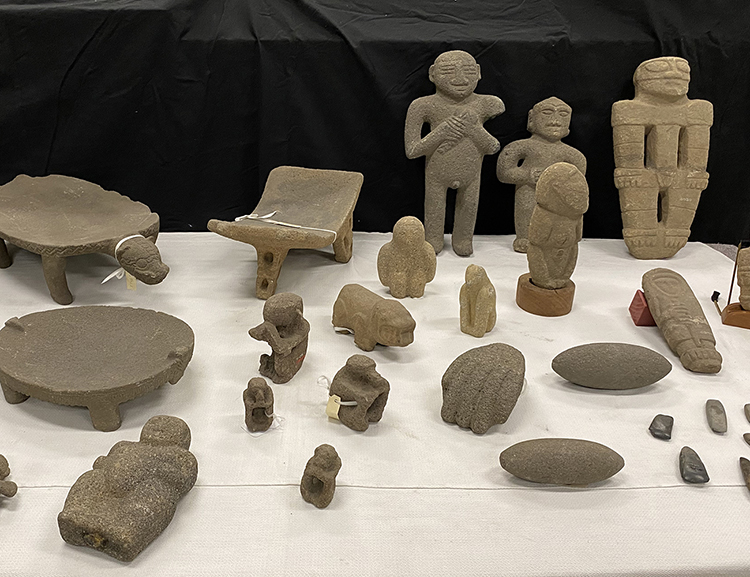 The items are part of a larger effort to define the terms of repatriation—the return of items taken during times of colonization and exploitation.