Concealed Identities of Salarymen in Japan 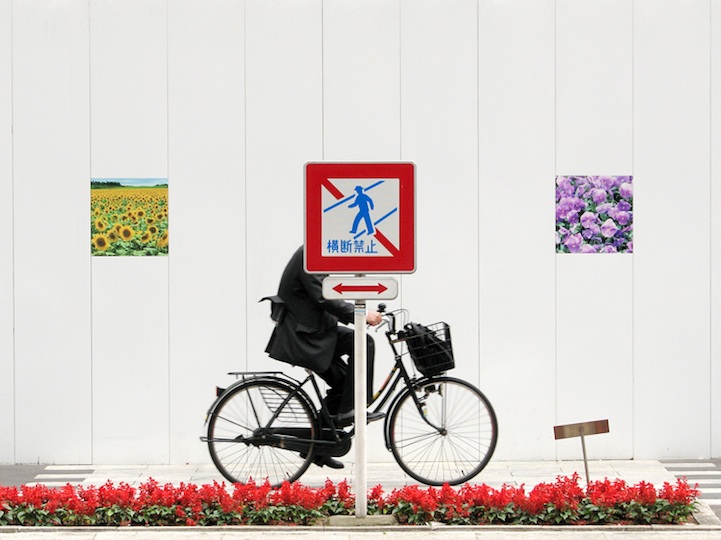 After 20 years as a recording engineer in France, Bruno Quinquet left his career to start a new one in Japan. As soon as he graduated from Tokyo Visual Arts photography college, he began making a name for himself in street photography with interesting series like this called the Salaryman Project. The six year long project is an honest look inside the lives of Japanese office workers with an interesting twist.

“The Salaryman Project is on a double mission,” he says. “On one hand, it explores images of masculinity and normality in the world of Tokyo office workers (also know as salarymen). On the other hand, by concealing the subjects' identities, the project tries to adapt in a creative way to the increasing constraints of portraits rights on candid street photography.”

Even though Quinquet purposely hides parts of the salarymen's faces, we can still feel a distinct mood or a sense of heaviness within each photo – whether that's from his careful compositions or from the parts of the face that we do get to see. The glaring set of eyes through a cafe's foggy windy window, the slumped body that's hidden behind a Godzilla statue, the sad grimace that looks out from a rain soaked window, they're all stark reminders that, try as we may, we can't hide our true feelings. 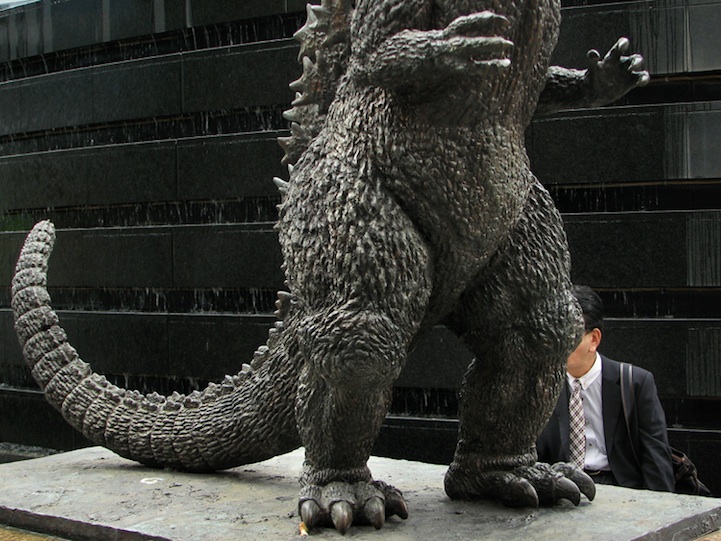 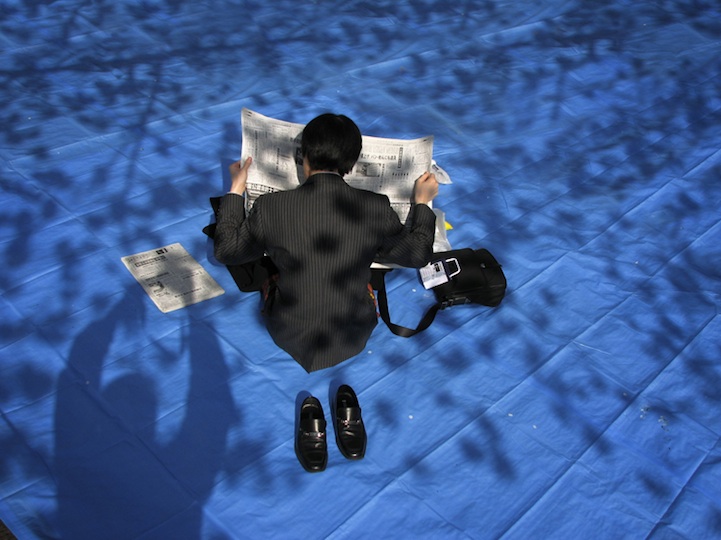 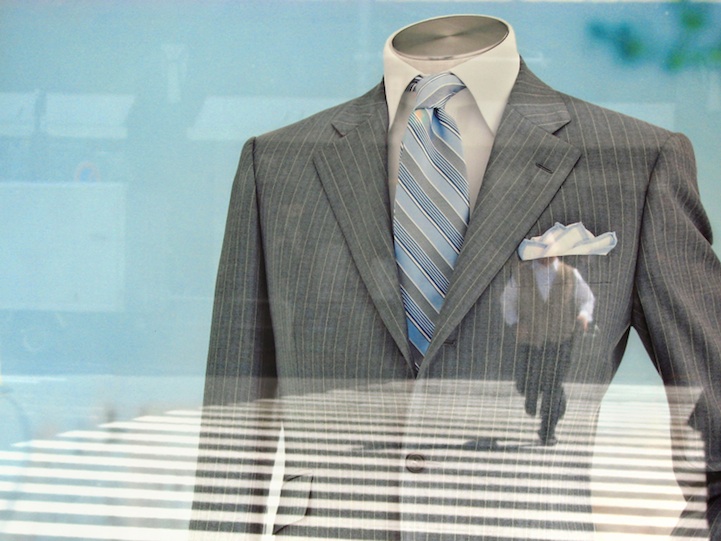 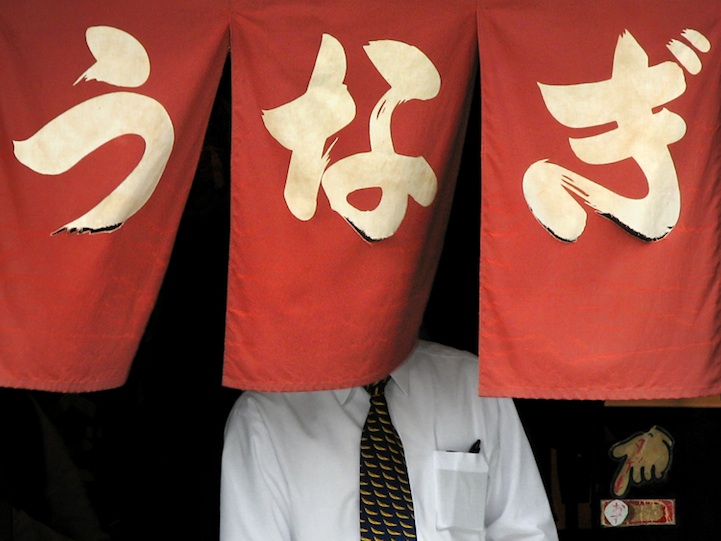 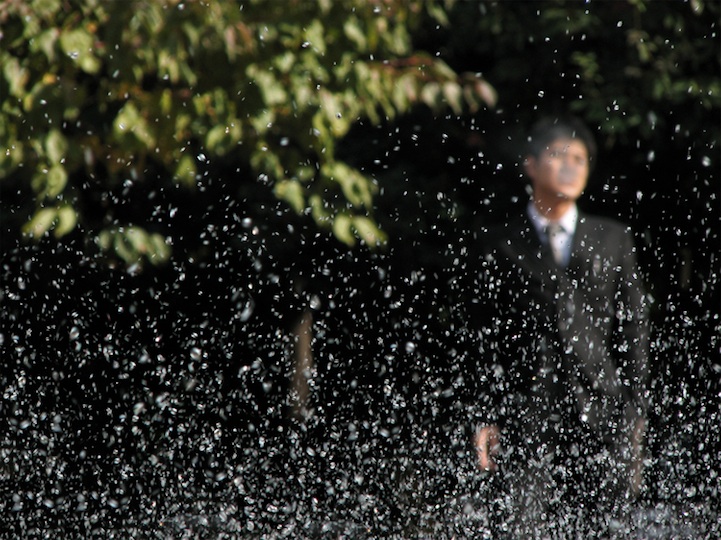 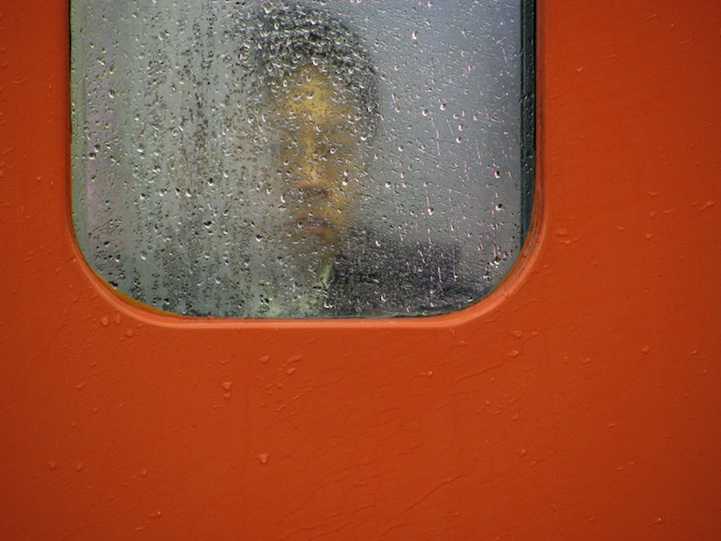 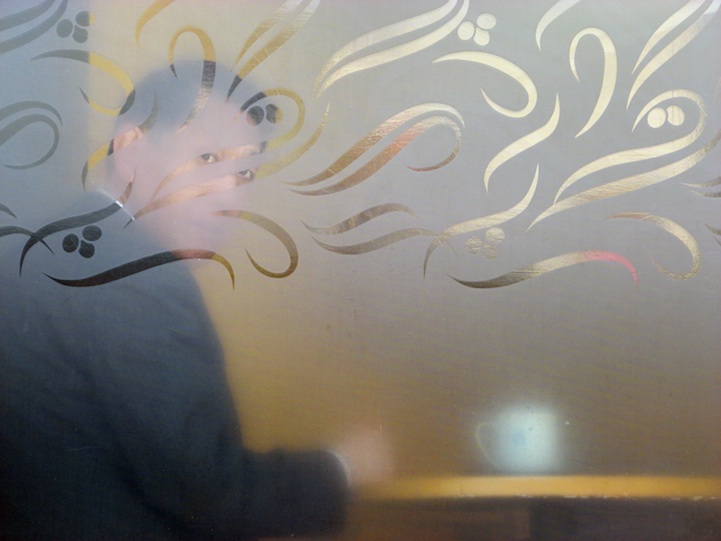 You can find Quinquet's published series as a 2013 photo agenda on his website.