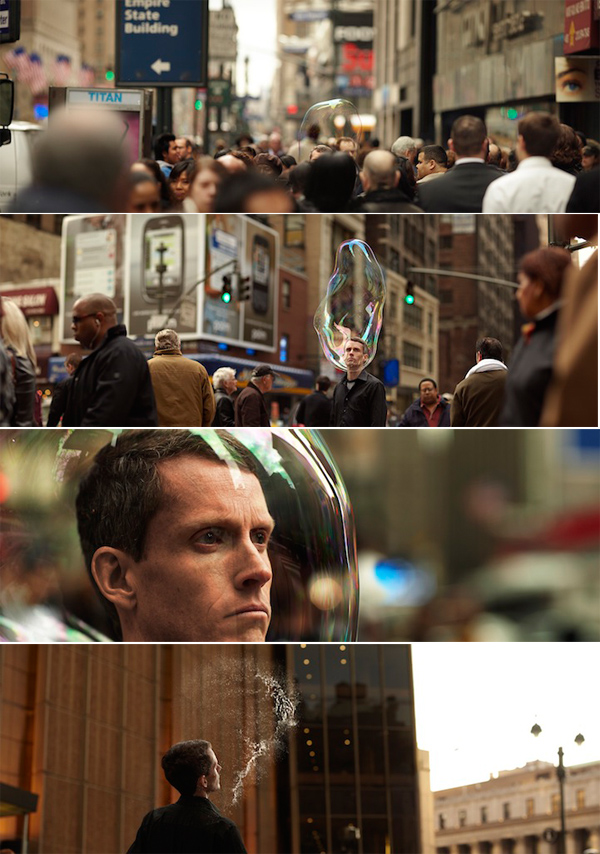 French photographer Romain Laurent has just released a new set of photos called Something Real. It tells a story about an ordinary man walking the streets of New York with a large bubble around his head. Laurent is known for his interesting photo manipulations like his Tilt series. He's the master of making life seem anything but ordinary. When I asked Laurent what his idea was behind this series, here is what he said: It's a feeling. It illustrates a moment in someone's life, when this person feels disconnected from the reality while being part of it, and suddenly wakes up. It is something undefined, a feeling that is hardly touchable or noticed by himself or others. It's not sad or happy, it's floating in between, it's almost normal but slightly weird. But it is “Something Real”. Romain Laurent's website