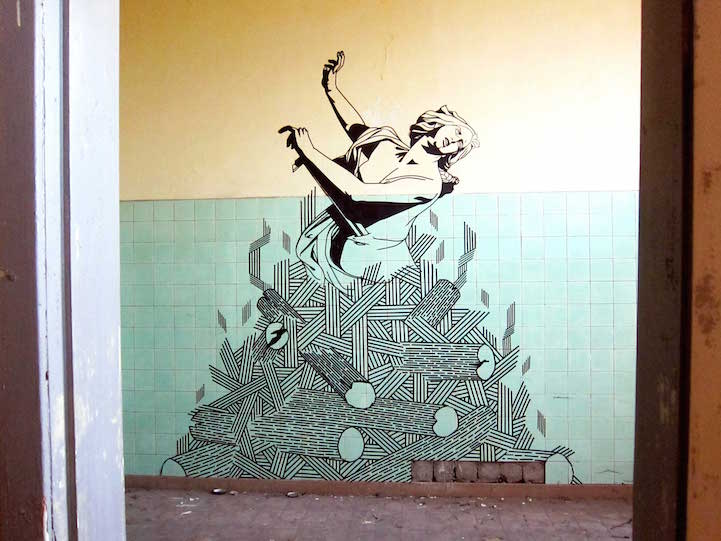 Unlike other street artists, Buff Diss‘s medium of choice for decorating crumbling walls, the sides of old buildings, and asphalt roads with eye-popping art is masking tape. Treating the city as his canvas, the Australian artist creates strikingly unique street illustrations ranging in subject matter–from mythical figures, to geometric patterns, to giant hands reaching out for passersby. Strips of tape become nearly unrecognizable as Diss shapes them into wonderfully complex lines varying in thickness and curve.

The temporary nature of masking tape gives Diss's murals a sense of unpredictable transience. If a piece is left alone long enough to bond to the surface of the building or ground, then the artwork could remain intact for years. In other cases, the graffiti could be gone the next morning, removed by city officials or curious bystanders. 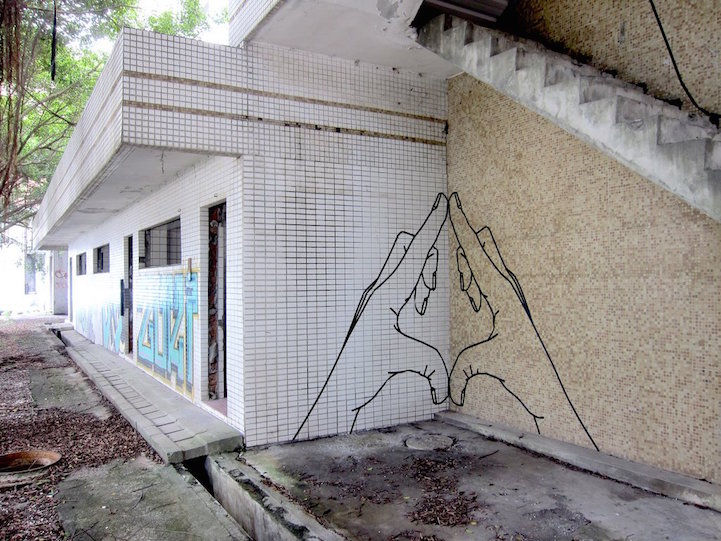 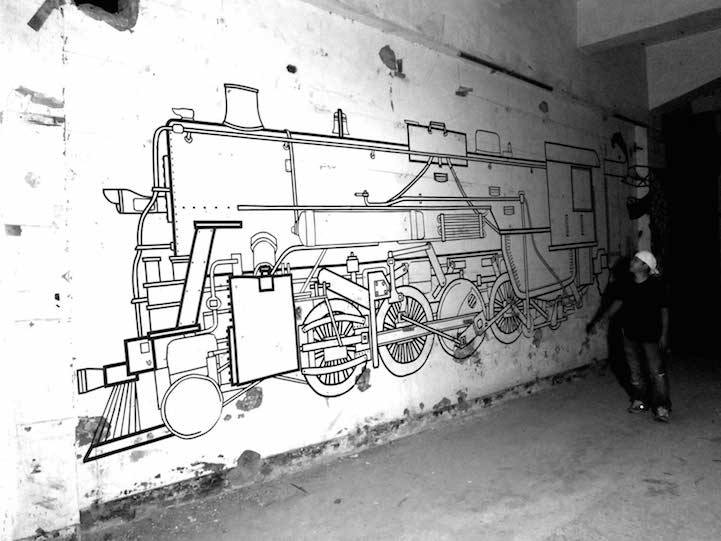 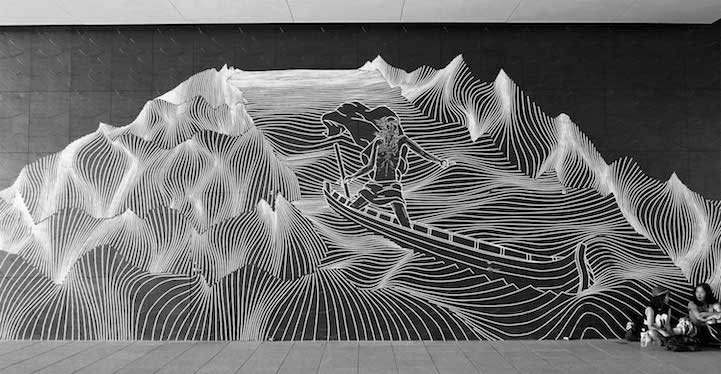 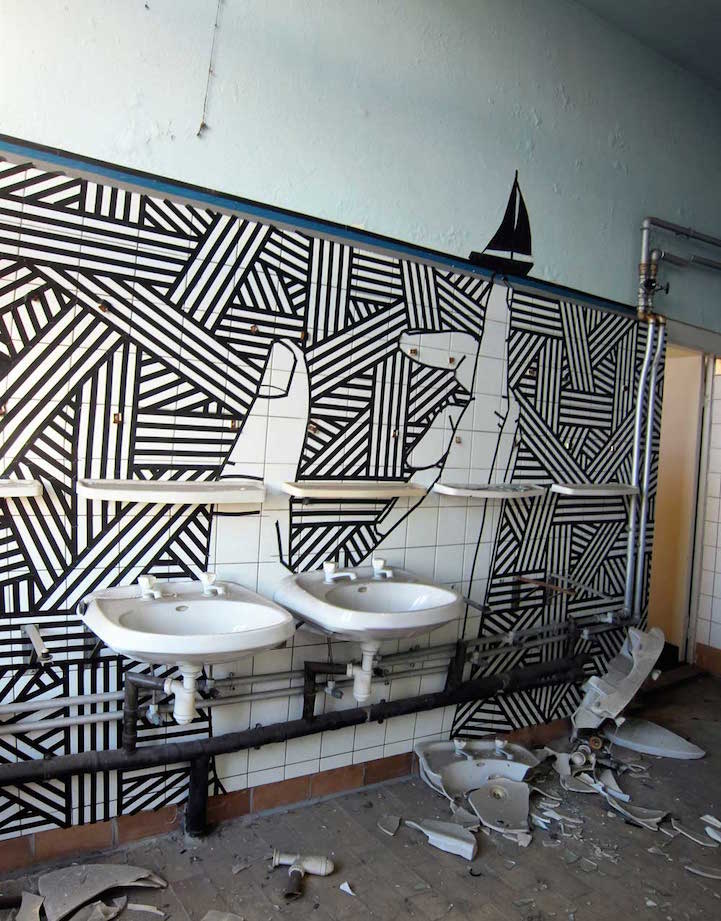 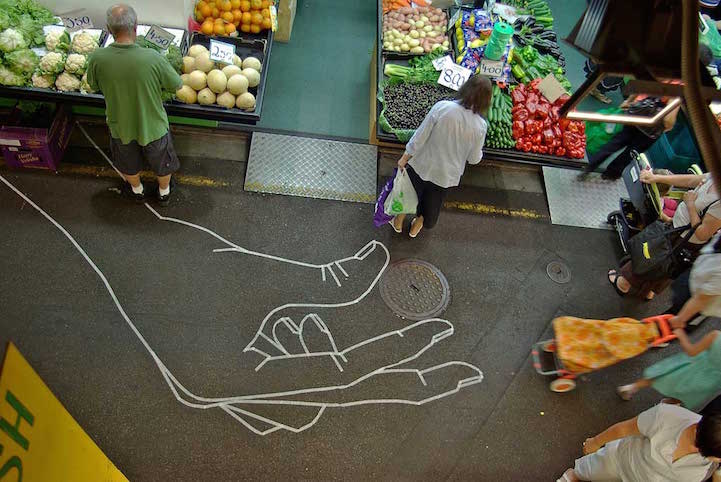 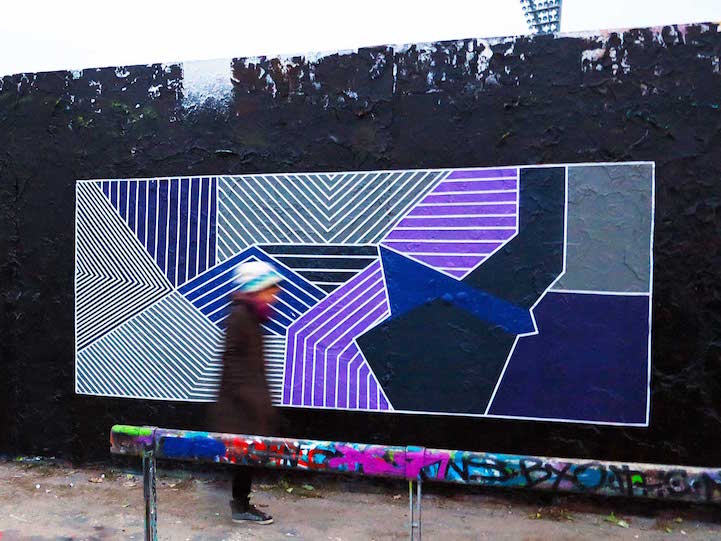 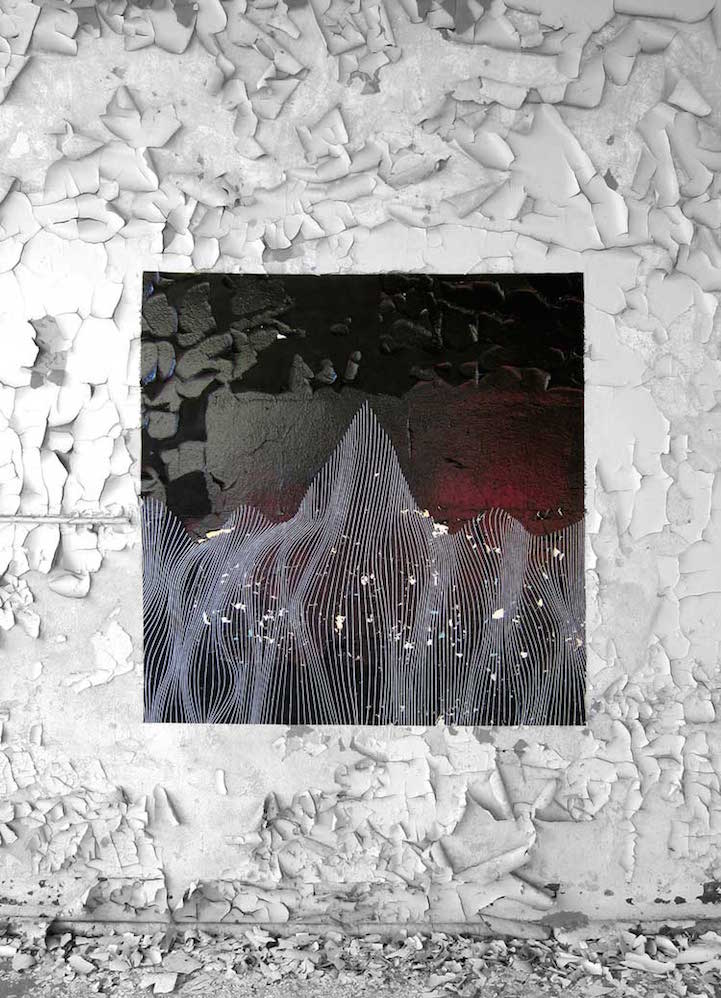 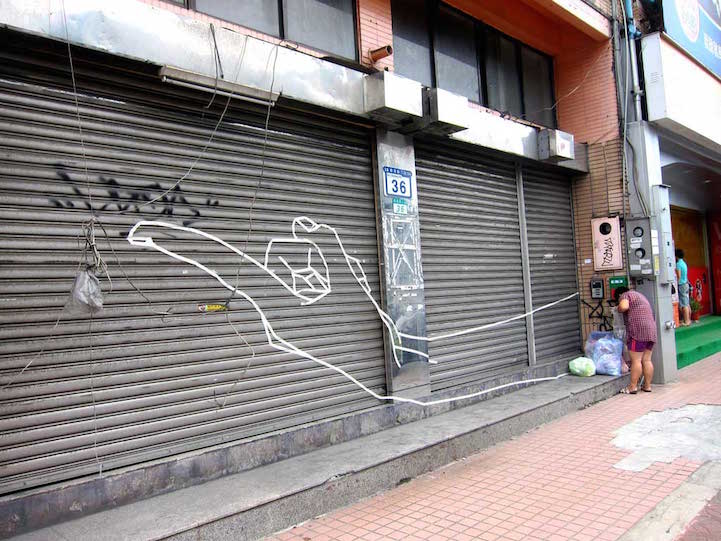 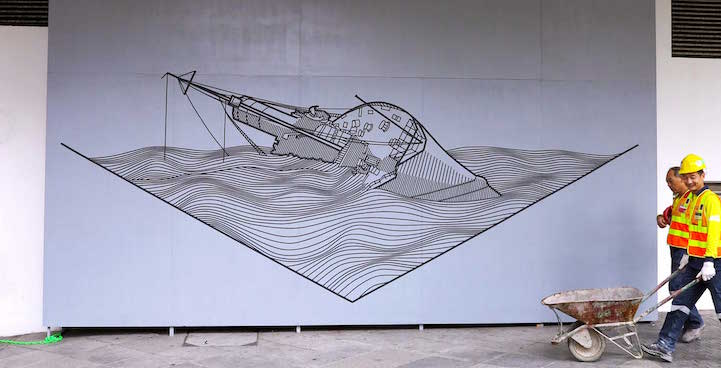 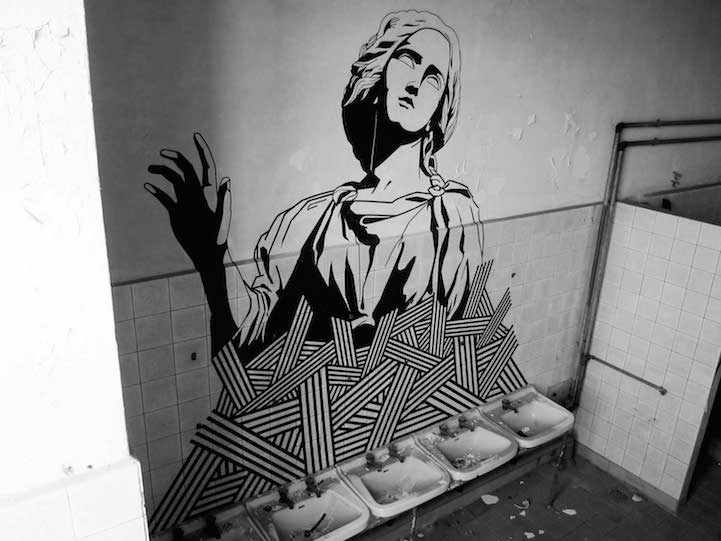 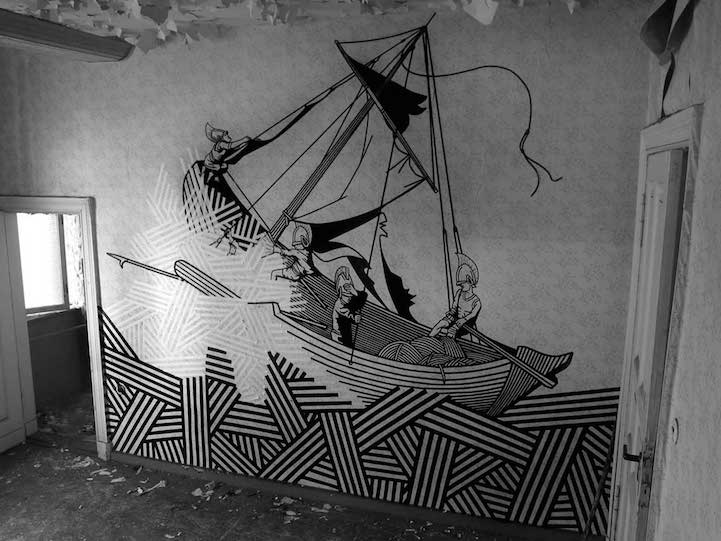 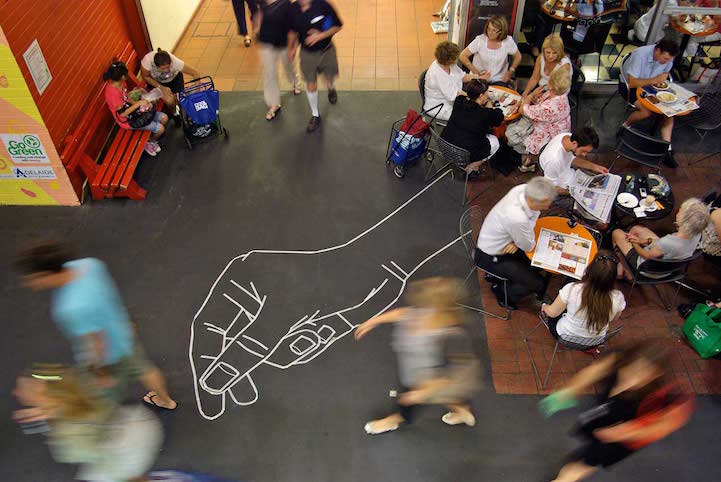