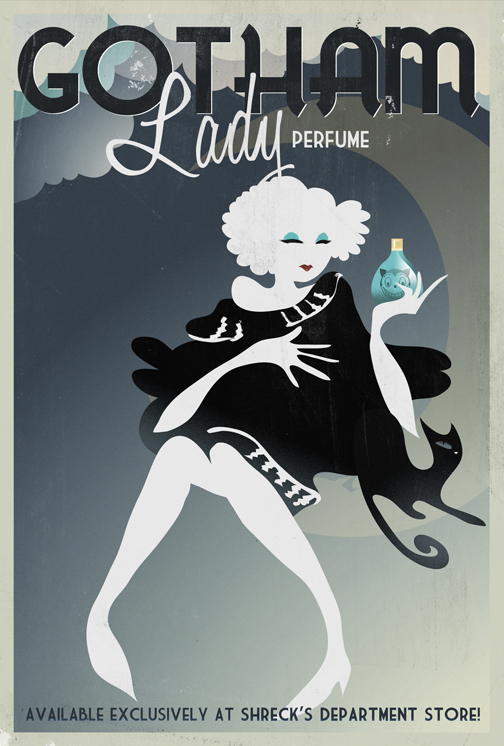 From the talented artist who brought us those beautiful retro-modern Hitchock posters, comes a new series called Re-Envisioning. In the spirit of Tim Burton, artist Laz Marquez will create eight posters, two per movie, that captures “fan-favorite aspects of the films.” What this means is that instead of a typical movie poster, he'll create advertisements that are more conceptual. Marquez calls them “easter eggs of sorts,” meaning there's a hidden message or surprise within them. “So to kick-start this set, I've taken on one of my personal fan-favorite Burton films, “Batman Returns”. With these two, I wanted to experiment with the idea at hand and bring very small, unique aspects of the film to life in my own style and vision. One being an ad supporting the campaign of Oswald Cobblepot for Mayor of Gotham City (A campaign The Penguin approached in the film). The other being an AD for “Gotham Lady Perfume”. This one is a little more of an easter egg, and you die hard fans will get it, I'm sure. Before truly going nuts and becoming Catwoman, Selina Kyle receives a voicemail message informing her about a new perfume. This sends her into her downward spiral and now, you can see what I imagine this perfume's AD to be.” We love the idea of hidden messages within art and illustrations! Like minimalism, Laz's posters ask you to draw upon your experiences to give them more depth. Clever and creative! 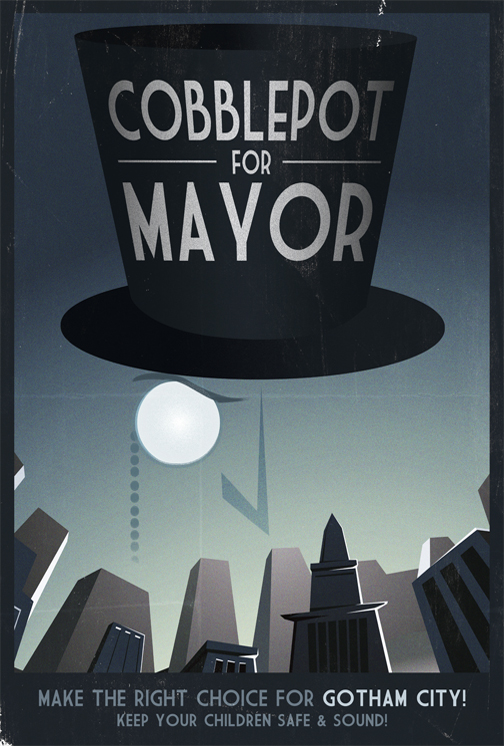