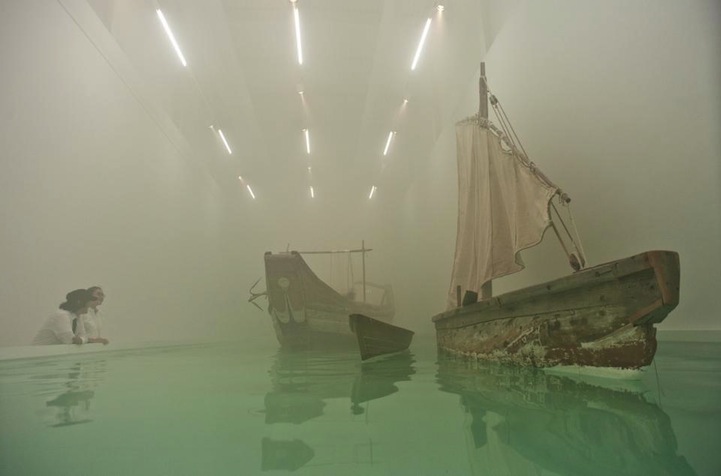 In this installation called Endless, New York-based artist Cai Guo Qiang creates a calm atmosphere where classic wooden ships float along green, foggy waves of water. The ships appear to be drifting, lost, in the middle of the sea while a wave machine produces calm waves and a fog machine fills the room with a fuzzy haze. As the vessels rock slowly and endlessly in the water, viewers will find themselves in a quiet, reflective atmosphere.

The artist incorporates two kinds of ships as a statement of two worlds interacting. Two Houri boats, typically seen around the Gulf region, span about 244 inches long each, while one Chinese fishing boat, used for centuries around Qanzhou, spans 800 inches long. The calming environment created by Cai Guo Qiang sparks meditative thoughts of ancient cultures and traditions coming together in one place, as the physical representation of two worlds, East and Middle East, float side by side in an endless sea of peaceful motion.

If you like Cai's work but want to see something with a bit more energy, you will enjoy this outdoor explosion called Mystery Circle, which kicked off his Sky Ladder exhibition earlier this year. 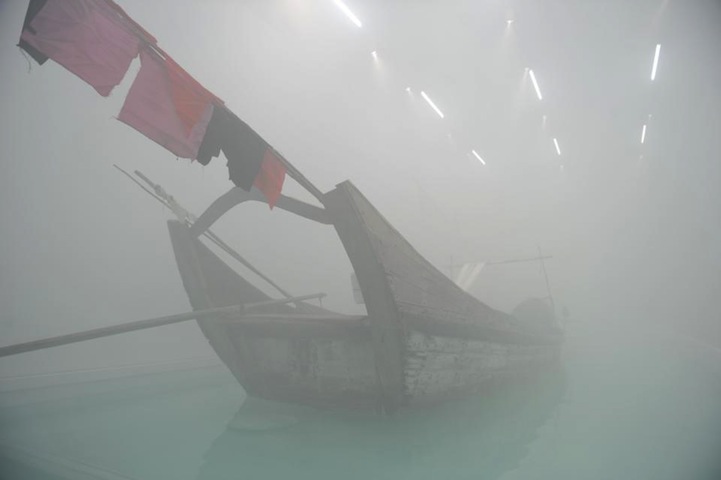 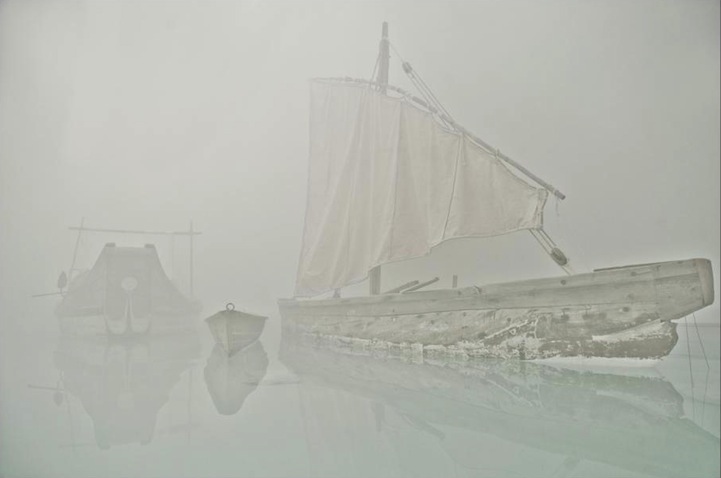 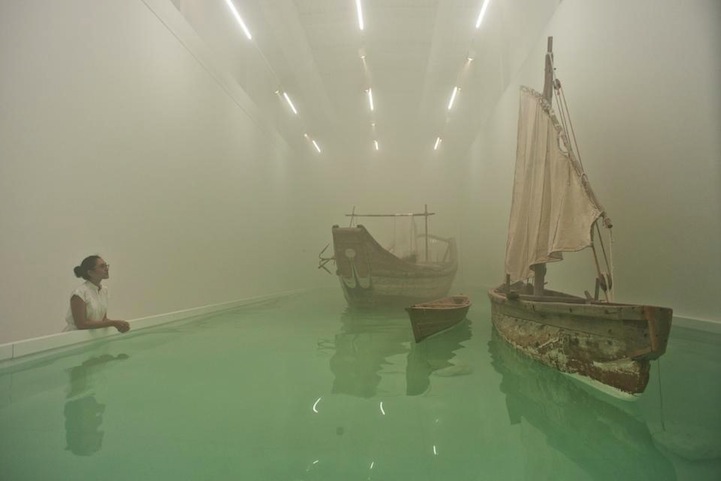