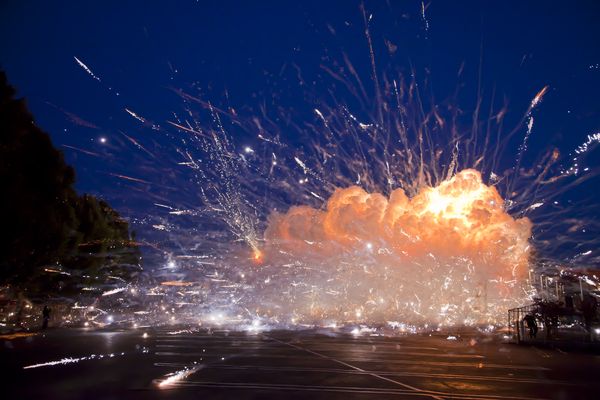 What does 40,000 rockets blasting off a wall look like? Well, if you were at the Geffen Contemporary at MOCA in Los Angeles on April 7, you could answer that question. Famous Chinese artist Cai Guo-Qiang marked the opening of his exhibition Sky Ladder with Mystery Circle, an outdoor explosion event or what LA Times called “a massive display of light, heat and sound.” It included pyrotechnic flying saucers, burning crop circles, and an alien god. Why? It's all part of Cai's lifelong project to connect with space and extraterrestrials through art. (This began in 1989 and has since included over 30 pieces.)

If you missed that event, you can still check out Cai's suspended installation that hangs in the ceiling of the MOCA that replicates those mysterious crop circles that have appeared in the grain fields all over the world. The exhibition also includes three original gunpowder drawings and video compilations. The first West Coast solo museum exhibition of the work of artist Cai Guo-Qiang, Sky Ladder will be around until July 30, 2012.

Make sure to watch the exciting video, below. (Love the countdown!) 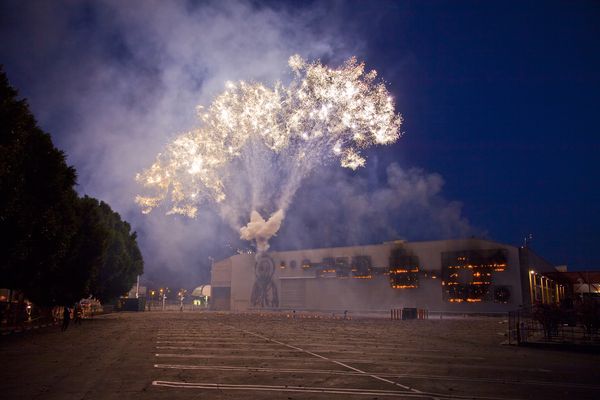